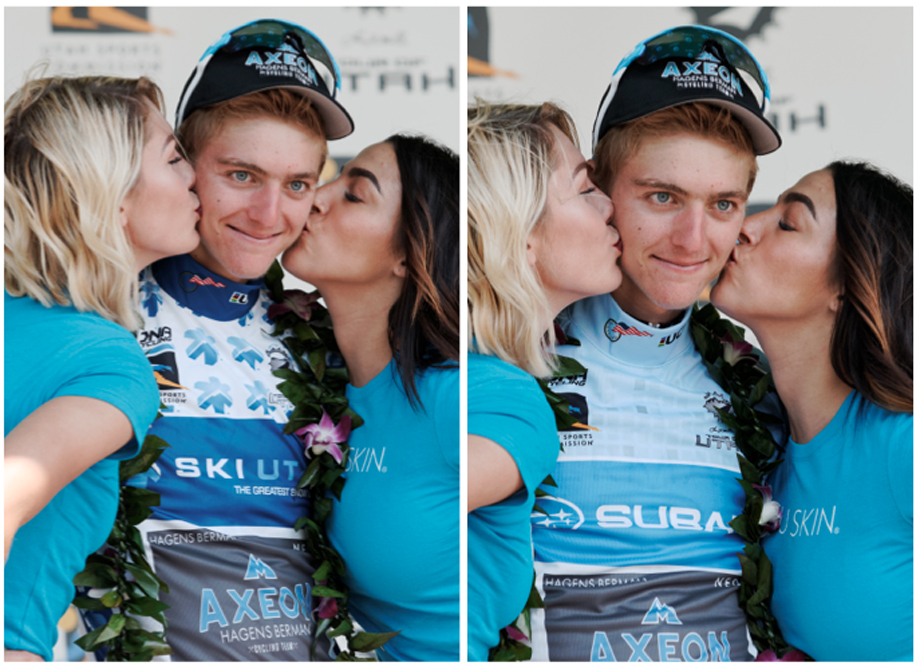 Adrien Costa leads the Utah Office of Tourism King of the Mountain jersey classification (left) and he is the Subaru Best Young Rider classification leader as well. (Davey Wilson photos.)

Joyce said he wanted to wait as long as possible to launch his sprint – like he did on Monday – since the last 600 meters were directly into the teeth of a headwind.

“I was originally trying to be in good position, then wait as long as possible to start sprinting all out,” he said. “Unfortunately, I found myself first wheel with 500 meters to go and I wasn’t attentive enough to jump back in the group. I lost too many places there.”

Costa finished 29th and in the same time as the stage winner as Lachlan Morton (Jelly Belly presented by Maxxis) became the first rider to keep the lead for consecutive days. Andrew Talansky (Cannondale-Drapac Pro Cycling) is third, nine seconds back of Morton.

Costa, the youngest rider in the race at age 18, also remains the leader of two jersey classifications: best young rider and king of the mountains.

Axeon Hagens Berman’s Eddie Dunbar was part of an eight-man breakaway that slipped the pack about 20 kilometers into the 154-kilometer race and survived until the first of three circuits in the finish city of Kearns.

The Irish Under 23 national time trial champion said it was not originally his intention to be part of the day’s escape.

“I was just on the right wheel at the right time,” Dunbar said. “I noticed that all the other American continental teams were represented. I thought it would be good to have someone in there for our sponsors. Near the end, the coordination between the riders wasn’t that great.”

Friday’s Stage 5 is a virtual repeat of last year’s Stage 3, which Axeon Hagens Berman’s Logan Owen won in a bunch sprint finish. The winner of the Under 23 edition of Liège-Bastogne-Liège earlier this year, Owen said he is feeling good after a challenging day Wednesday.

“Today, I think everybody was a little bit tired from the climbs yesterday,” Owen said. “I wasn’t amazing today, but my legs weren’t terrible. I am sure I will be feeling good tomorrow.”
Dunbar in the Break 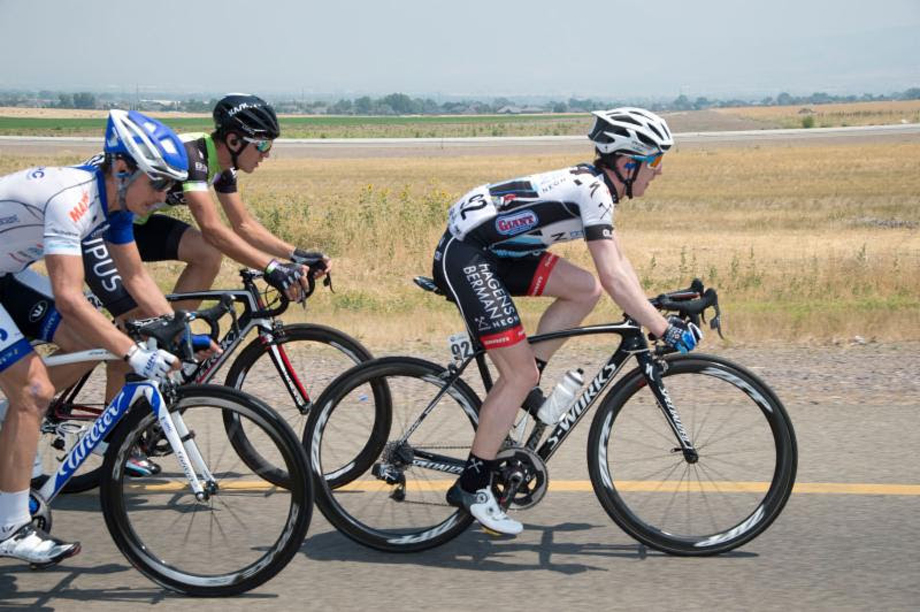 Surgery A Success For Greg Daniel