Both riders were part of the peloton that arrived more than two minutes after two riders from a breakaway, winner Robin Carpenter (Holowesk-Citadel presented by Hincapie Sportswear) and runner-up Ruben Companioni (Team Jamis). The pair escaped with more than 90 kilometers still to go in the 159-km stage from Escalante to Torrey. 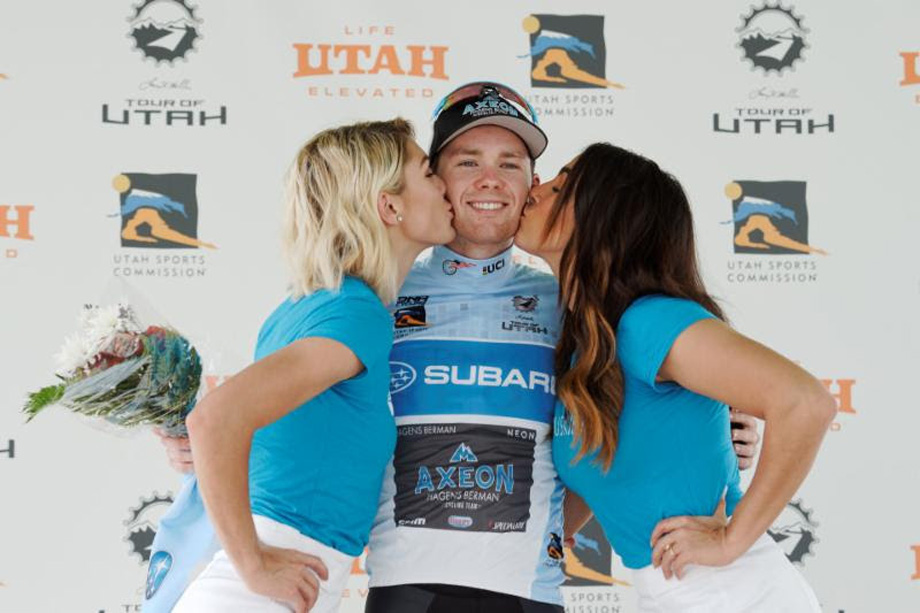 Joyce, who was runner-up on Monday’s opening stage, said a combination of factors contributed to the two breakaway riders gaining a more than seven-minute advantage.

“It took a long time for the break to be established because obviously no one wanted to ride the front again like yesterday,” he said. “So there were a lot of different teams that wanted to get in the move which means they didn’t want to work. I was pretty certain those two were going to stay away when they were way up with 30 kilometers to go. Hats off to them. It was an impressive ride.”

U.S. national road champion Greg Daniel tried hard to get an Axeon Hagens Berman rider in the breakaway for the second straight day. But his early move was brought back. Eventually, seven riders did escape the field for a time, but they were also overhauled. Shortly after that, Carpenter and Companioni made their escape.

“It was a hard day,” Joyce said. “Just to get the break finally established took more than an hour. Going up those climbs was definitely brutal. After that happened, it was good to settle in and it was fairly casual. But that first hour was definitely hard.”

In the overall standings, Carpenter leads Companioni by 12 seconds, followed by previous race leader Kristofer Dahl (Silber Pro Cycling) in third, at 2:12. Joyce is fourth, 2:17 back. All seven of his Axeon Hagens Berman teammates are tied on time at 2:23 off the lead.

As for holding onto his special blue jersey, the 21-year-old from Pocatello, Idaho, joked when asked if he had snuck a peek ahead to Wednesday’s stage.

“There’s some small climb at the end, maybe a kilometer long?,” Joyce said with a wry grin on his face. “No, I’m just kidding. It’s Mount Nebo. It is huge. But I am excited for it; it will be good.” 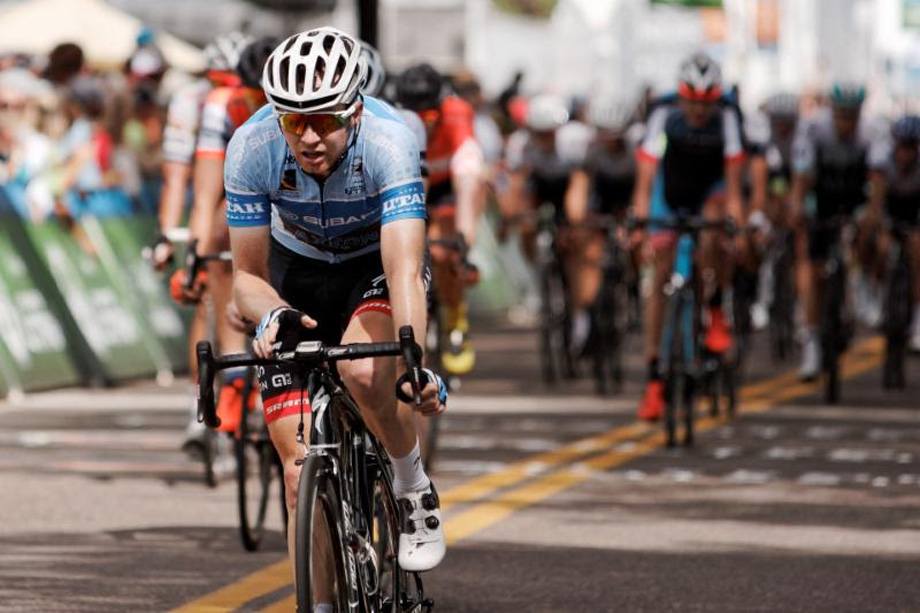