Teammate Logan Owen also finished in the top 10, in fifth, after Adrien Costa was part of the day’s breakaway that was only caught on three laps of a finishing circuit of Cedar City at the end of the 134.3-kilometer race. 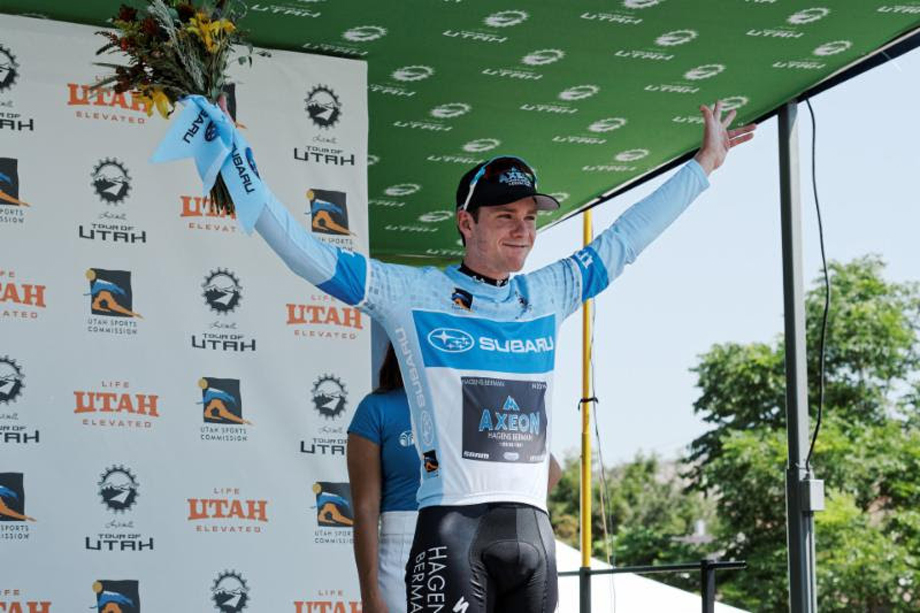 “With one kilometer to go, I was fighting for fifth wheel as we swung into that last left-hand turn,” Joyce said. “It is a long straight to the finish so there was a little bit of swarming. I knew with how fast of a sprint it was, you definitely wanted to leave it a little late. Unfortunately, I left it a little too late. At the same time, I am stoked to get second.”

Axeon Hagens Berman General Manager Axel Merckx said he was pleased to see Joyce score a breakout performance on such a big stage.

“He has had a lot of bad luck this season, but he is coming on strong now,” Merckx said. “He was second on the last stage at the Cascade Cycling Classic, so these are important results for him. When you look at our results today, we had four guys in the top 20, so everyone was pretty much attentive and racing well at the front.”

Costa, the youngest rider in the race and the first American to win the Tour de Bretagne in its 50-year history, said Monday marked the first time he had ever ridden in a day-long breakaway.

“It was super fun. I really enjoyed it, and it was hard,” he said. “I am coming into this race with no pressure for the GC (general classification). After a long spring in Europe, I was pretty fried at nationals. So I had a nice break at home but wasn’t sure what my form would be for this race. I am just here to help the team and not ride too much for myself, which is a nice change. A lot of the time I end up being the GC guy and having to save my legs.”

After the breakaway’s advantage reached five minutes, several teams shared the workload to chase the breakaway. And on the long descent to Cedar City, Pellaud and Dal-Cin separated themselves from Costa and Jaramillo.

“Matteo Dal-Cin got in the super tuck and I was doing everything I could to go down as fast as I could,” Costa said. “But Jeremy and I – the two lighter guys – meter by meter fell back. Ont he slight downhill, the three or four percent stuff, it favors the big and more powerful guys. So those two pulled away pretty quickly.”

Joyce said his result on the first day of the week-long race helps make up for what has otherwise been a bit of a disappointment.

“This is huge for me. I am definitely very happy,” he said. “This is my last year as a U23. Everyone tells you not to stress, but it is hard not to when the whole year you are thinking about contract season. This whole spring, I was in Europe and kept crashing, getting sick and having injuries. I came back to the U.S. without a single healthy race over there. I was sick at the Tour de Beauce but luckily Greg (Daniel) smashed it. Then, the Cascade Classic last week was really my first healthy race. It was nice to ride well there and into this and keep the good vibes going.” 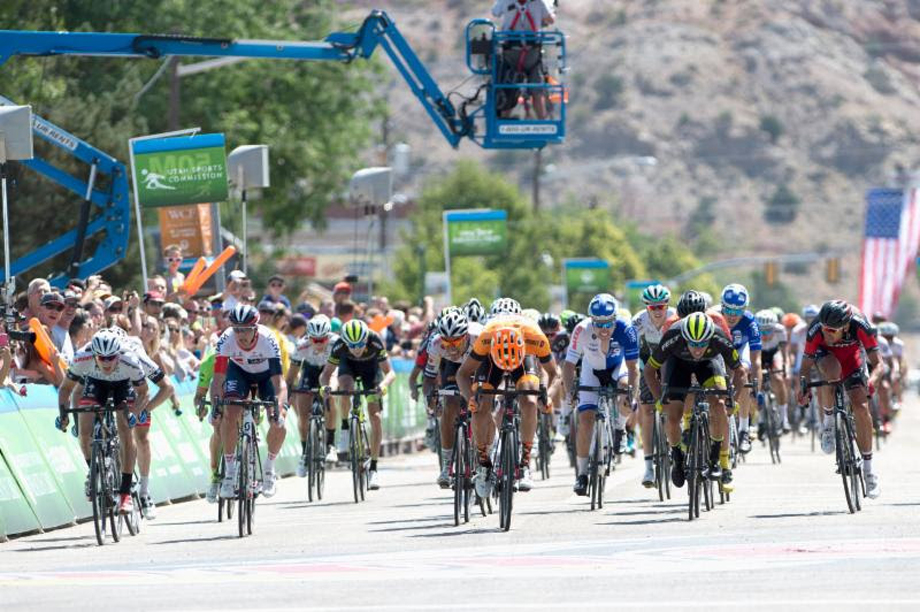 Colin Joyce (far left) was part of the dash to the finish at the end of the 134.3-kilometer race. (Casey B. Gibson photo.) 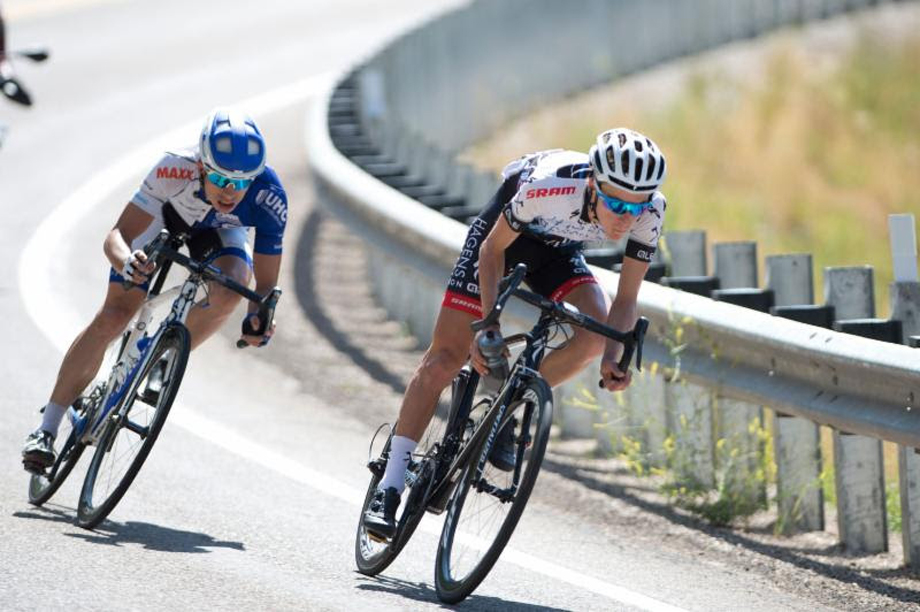 Selle Royal: Scientia Saddle is the Key to Comfort