Colin Joyce of the Axeon Hagens Berman Cycling Team conceded the lead Saturday at the Tour of Alberta presented by ATB Financial. But the winner of Stage 1 and race leader for two days is only 10 seconds back, in third place, heading into Sunday’s individual time trial.

Joyce finished 18th, 11 seconds back of a pair of riders who struck out once the 181.2-kilometer race reached three laps of a finishing circuit in Drayton Village. Evan Huffman (Rally Cycling) took the win and the leader’s yellow jersey by out-sprinting Robin Carpenter (Holowesko-Citadel Racing Team). Kris Dahl (Silber Pro Cycling) was third, four seconds back, while Joyce and about three dozen others arrived another seven seconds later. 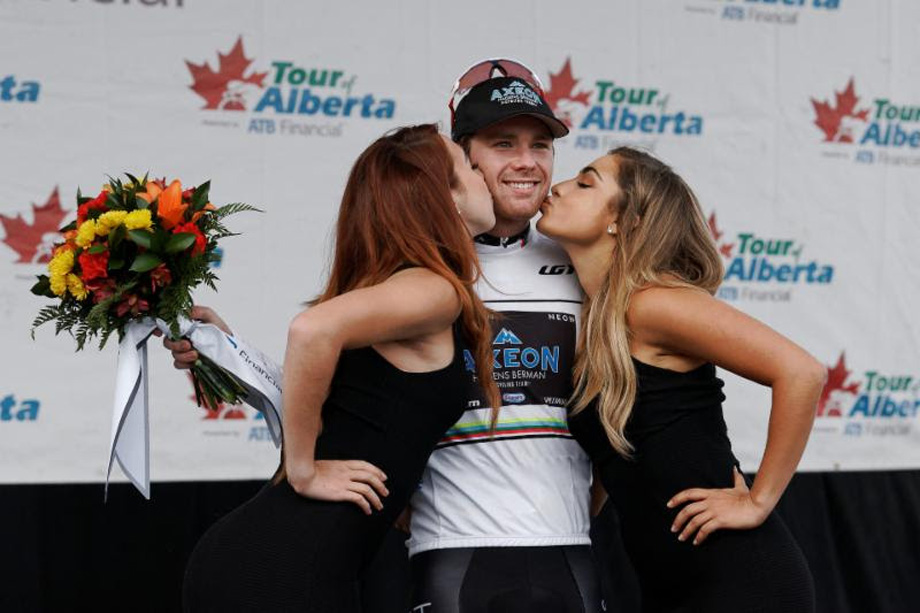 Colin Joyce kept his lead in the Tour of Alberta’s best young rider classification but slipped from first to third in the overall standings. (Davey Wilson photo.)

“Huffman and Carpenter have been showing how strong they are all this week,” said Joyce, who kept his lead in the best young rider classification. “Those two guys are definitely the strongest guys here. Our guys rode their hearts out and chased as hard as they could. A few other teams tried as well. But those two guys were just so strong.”

Axeon Hagens Berman found itself in the unusual role of not having to chase the day’s breakaway after Tyler Williams slipped into the escape move. Silber Pro Cycling, with two riders in the top 10 overall but no one in the breakaway, was forced to drive the chase.

“After the long day we had yesterday, we wanted to possibly have someone in the breakaway so we would not have to work because the guys were really tired,” Axeon Hagens Berman General Manager Axel Merckx said. “It worked out perfectly until the last couple local laps where Huffman and Carpenter were just stronger and took off and won the stage and took the jersey. They were stronger. There is nothing more to say to that.”

Sunday’s penultimate stage is a short (12.1 km) time trial that will be ridden on standard road bikes with no aerodynamic handlebars or wheels. Joyce said he has his work cut out for him with the first 10 riders in the overall standings – including defending champion Bauke Mollema (Trek-Segafredo) – separated by only 31 seconds.

“All I can do is go as hard as I can and hopefully repay my teammates for all their hard work,” Joyce said. “All these other GC (general classification) guys up here are solid time trialists. There is no stress, there is no pressure. I am just going to give it my all and that is all I can do.”

Merckx said Joyce’s results on the first two stages – his victory Thursday and a fifth place Friday – show he has the form to stay within striking distance ahead of Monday’s 124.1-km finale on a challenging circuit in Edmonton.

“He is in really good shape so it will come down to him doing the best time trial possible and then we will assess where he is at tomorrow night to tackle the last leg of this stage race,” Merckx said. “We know the circuits in Edmonton are very hard and even harder to control. So it could still be an open race going into the last stage, depending on how much Huffman is going to put into all those GC contenders.”
Joyce in yellow. 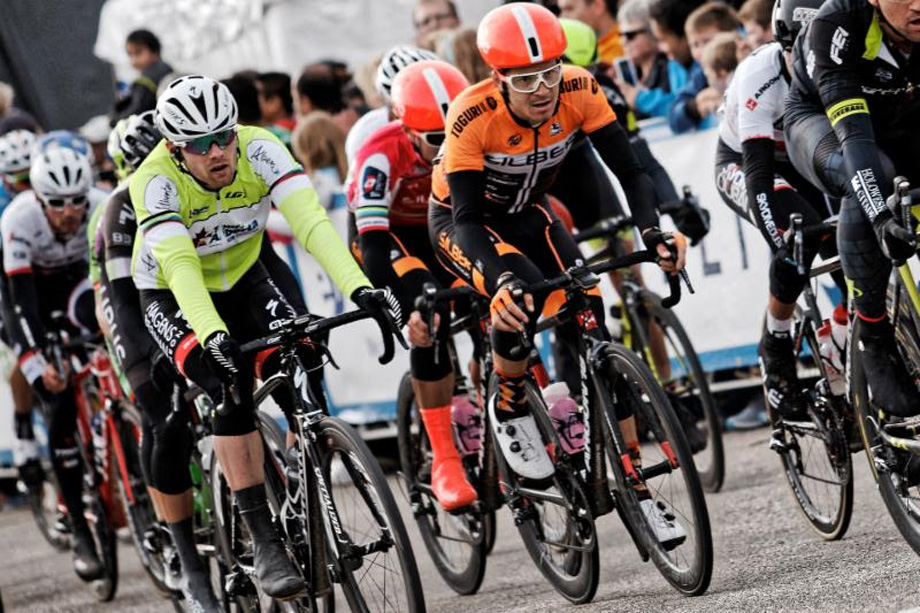 Colin Joyce, in his second full day in the race leader’s yellow jersey, enjoyed the comfort of the peloton with teammate Tyler Williams up ahead in the breakaway. (Davey Wilson photo.)

We welcome press releases and other news items that are of interest to our readers. Please send text or word files, and .jpg images for consideration to us at [email protected]cyclingnews.com.