Colin Joyce capped a prolific week for the Axeon Hagens Berman Cycling Team Monday at the Tour of Alberta presented by ATB Financial by taking home two jersey classifications and third on the final stage, plus fourth place overall.

The 22-year-old who lives and trains in Pocatello, Idaho, was one of the revelations of the five-day race. He captured Thursday’s opening stage to notch his first UCI win and held the race lead through to Saturday. He wore the ATB Financial Best Young rider jersey from Stage 1 on and added the EllisDon Sprint jersey to his haul on Monday. 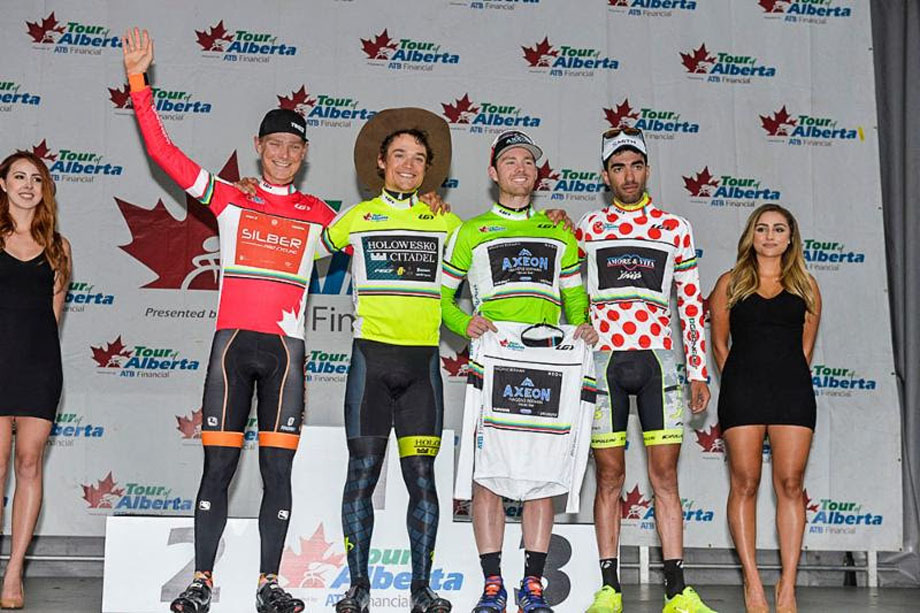 “It was an amazing week for me, but it would not have been possible at all without the help and belief that all my teammates had in me,” Joyce said. “I feel like they believed in me probably more so than I believed in myself. So for them to ride so hard for me was an amazing feeling. I am glad to repay them with a couple jerseys. So thanks to them for all they did.”

Francisco Mancebo, a 19-year professional who finished fourth at the 2005 Tour de France, soloed away in the final kilometers to win the final stage circuit race through Edmonton. In lap-by-lap data provided by One2Go Event Services, the 40-year-old from the Skybai Dubai Pro Cycling Team was the only rider to string together three consecutive laps faster than 15 minutes – all of them at the end of the 124.1-kilometer race.

Axeon Hagens Berman’s Eddie Dunbar was part of a breakaway group of five with Mancebo in the last six kilometers. But the Irish Under 23 national time trial champion played the role of perfect teammate, General Manager Axel Merckx said, by not working to keep the breakaway going.

“We had to make a decision in the last kilometers to try to go for Colin,” Merckx said. “It played out for the green jersey. Unfortunately, Mancebo was gone, so Colin was second in the sprint. But we are really happy about the week. One of the goals going in o today was to win a stage or try to get the sprint jersey also because he was really close to that.”

“I think it is probably one of our most successful seasons in the history of this program,” Merckx said. “That is saying a lot, especially under the current WorldTour circumstances. We are doing a lot of big races now where we are racing the biggest teams. So I am very pleased and really proud of this team and this program. We are going to lose a bunch of good riders, but we know the deal. It is the same thing every year. So I am already looking forward to next year when we get to start all over again.” 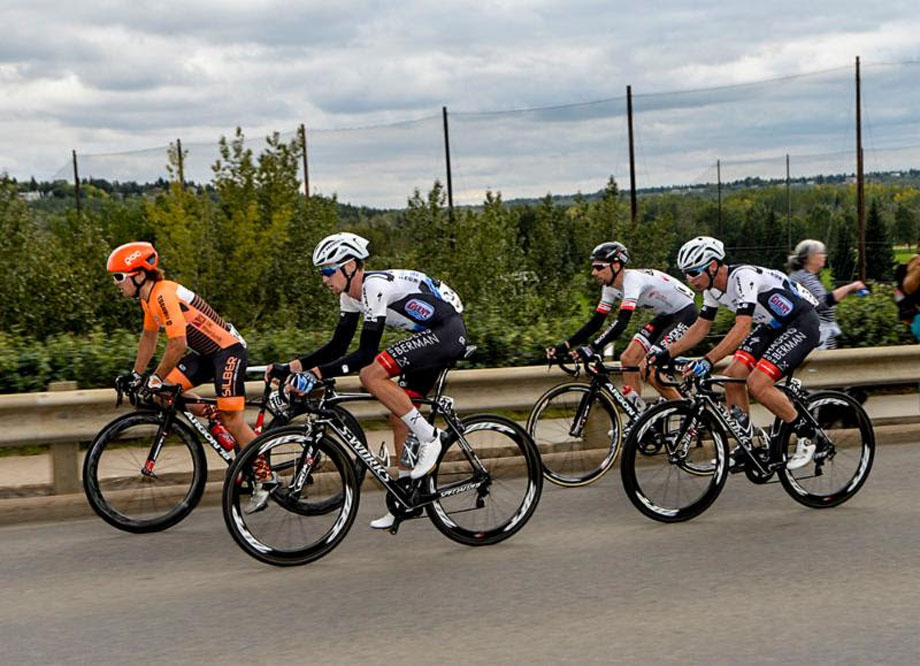