Stage Report: Stage 19 of the Tour de France was neutralised by hail on the route. The times were taken at the top of the Col de l’Iseran. “Tell the riders that they have to stop,” said Tour race radio. Egan Bernal and Simon Yates were in the lead on the descent of the Col de l’Iseran. At that time they still had 30 kilometres to go to the finish in Tignes. The next group behind with Geraint Thomas, Steven Kruijswijk and Emanuel Buchmann, were more than a minute down. The yellow jersey, Julian Alaphilippe, was at more than two minutes. 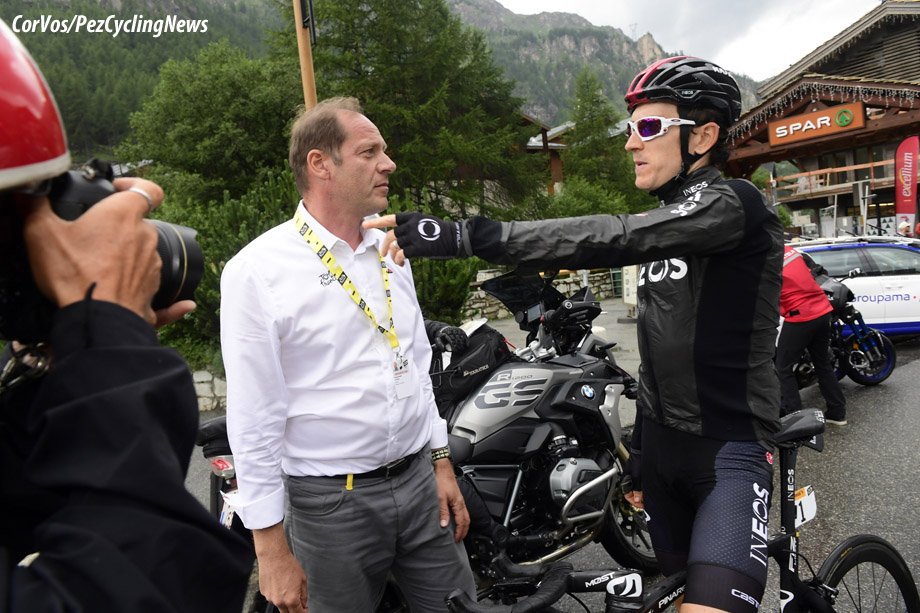 “The riders are invited to gather in a tunnel in (ski resort) Val d’Isère to find cover from the bad weather conditions, before they go to Tignes where they will spend the night,” the organisation reported. “The race is over because of hail and mudslides on the route.” 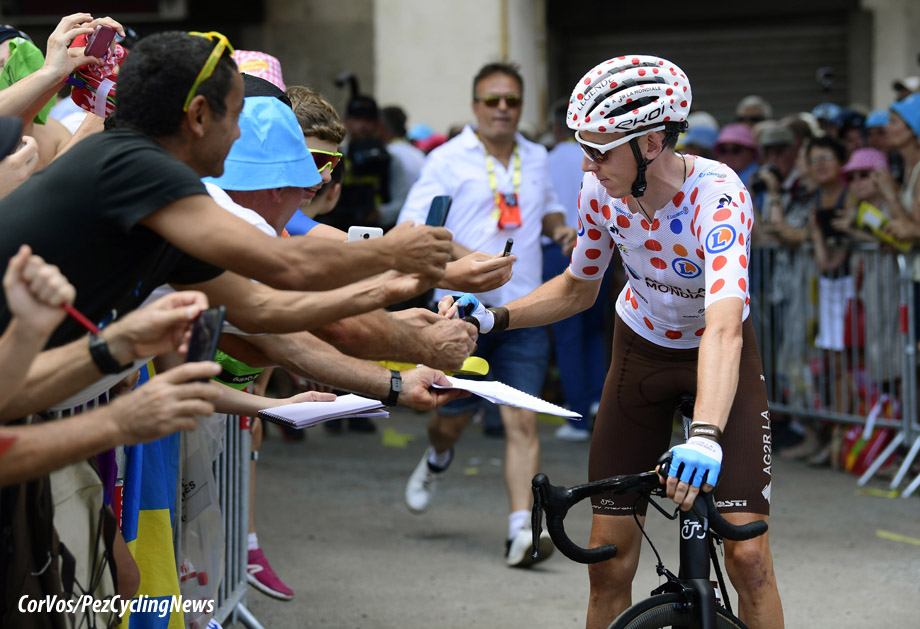 Not a great Tour for Roman Bardet, but if he can hold the KOM…

Stage 19 Route:
Five categorised climbs in a comparatively short 126.5 kilometre stage. The first climbs will serve to soften up the competition, but the Cat.HC Col de l’Izeran (12.9km at 7.5%) starting after 75 kilometres of racing should thin the peloton. The main action of the day for the GC favourites will come on the final climb on the Cat.1 Montée de Tignes (7.4km at 7%) with summit finish in Tignes. Or not! 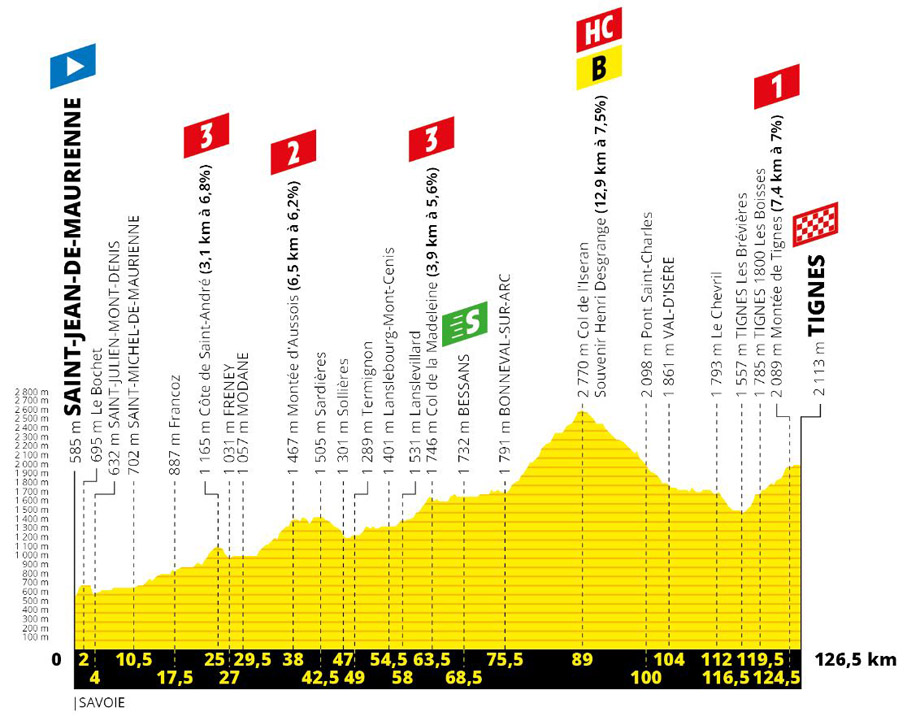 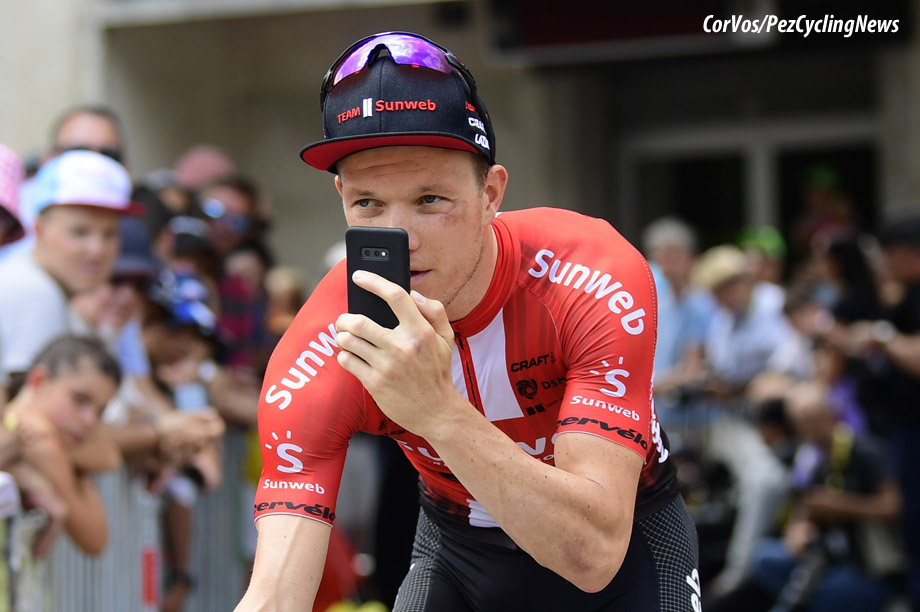 Nikias Arndt took a video of the start 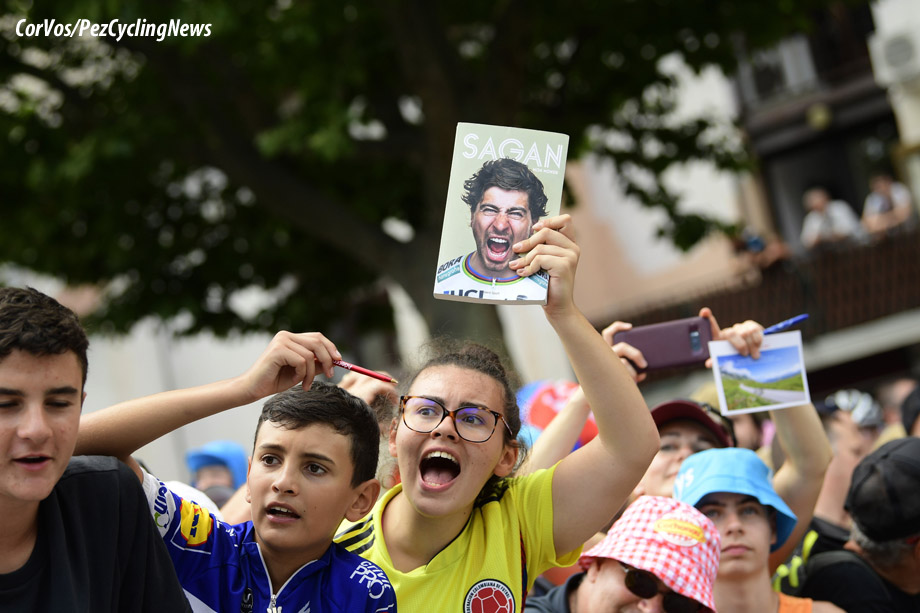 Everyone wants a bit of Sagan

The first break of four
Michael Woods and Rui Costa were the first to try and escape, but they failed and Pello Bilbao, Jesus Herrada, Dan Martin and Vincenzo Nibali took their place up front. Martin was first to the summit of the Côte de Saint-André – the first climb of the day. Several riders tried to cross to the leading group, who already had 30 seconds. On the roads to Montée d’Aussois, the second climb, the foursome was caught, but then a large group managed to split off the front. Again Bilbao, Herrada, Martin and Nibali were involved along with Rigoberto Uran at 5:33 overall and Alejandro Valverde at 5:58. 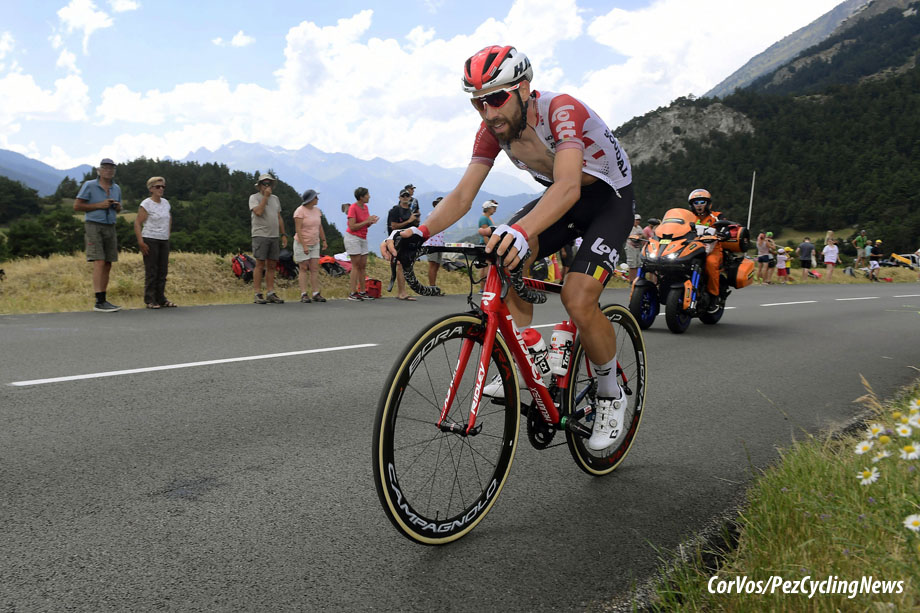 The climb of the Montée d’Aussois also saw the end of Thibaut Pinot’s 2019 Tour de France. The Frenchman, 5th in the rankings and stage winner on the Tourmalet, sustained an injury on his left leg yesterday, but started today. Early in the stage he was attended by the medical car, but they could not do much as he could hardly pedal. In the end he had to stop and climb into the team car in tears. 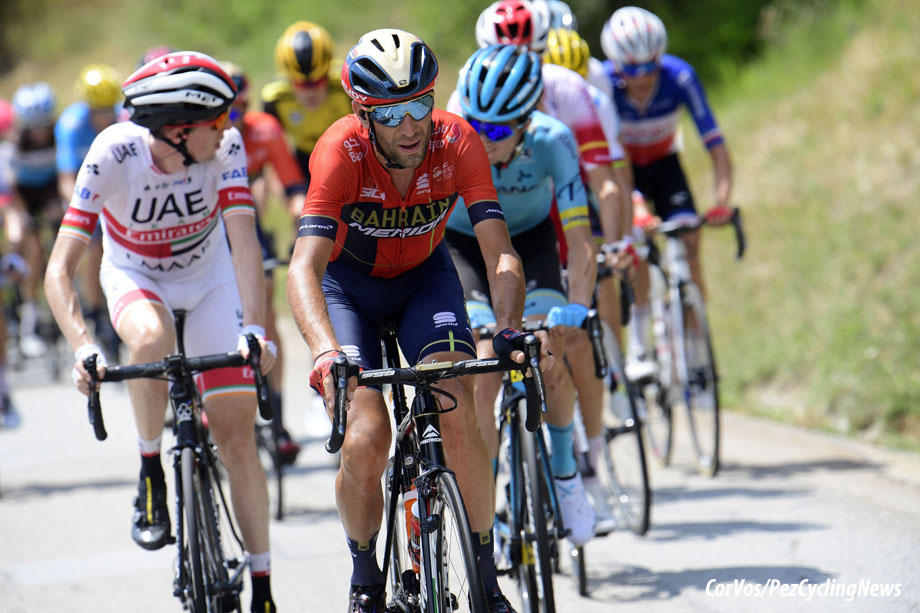 Vincenzo Nibali tried more than once

At the front, Nibali’s teammate Damiano Caruso was the first at the top of the second and third climbs of the day. He was part of that large leading group, which lacked KOM Romain Bardet. The Italian Bahrain-Merida rider was in third place for the mountain classification. The escape had two minutes on the peloton around the halfway point. 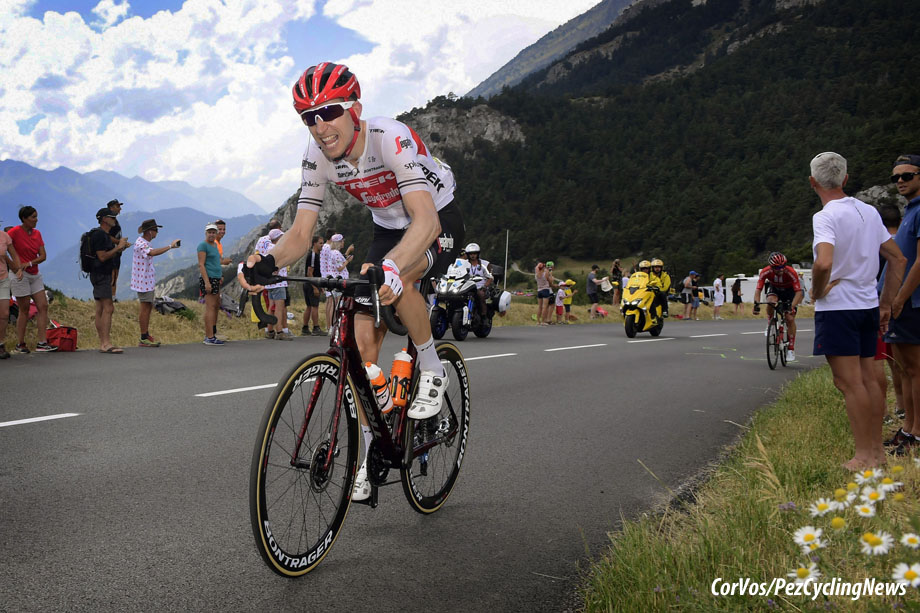 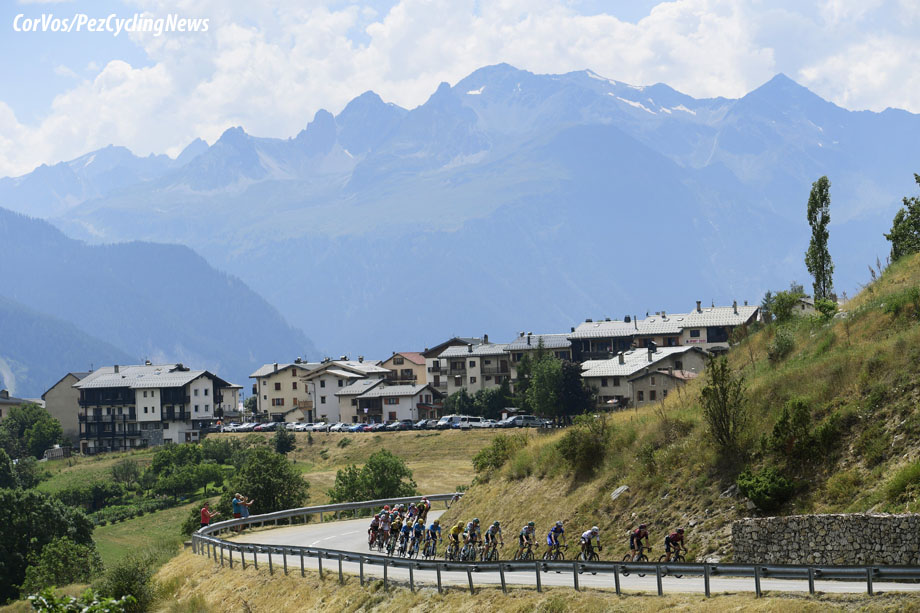 The peloton didn’t want anyone up the road 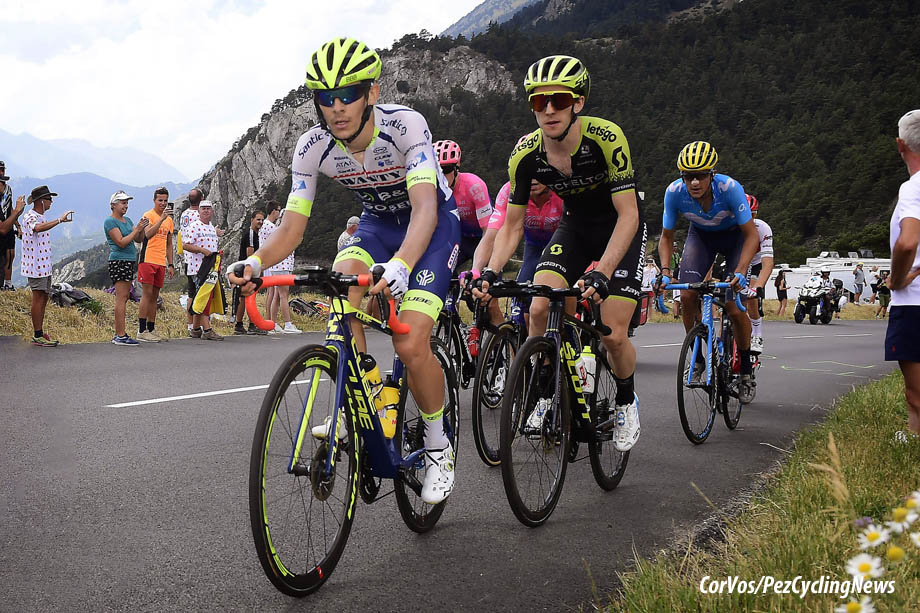 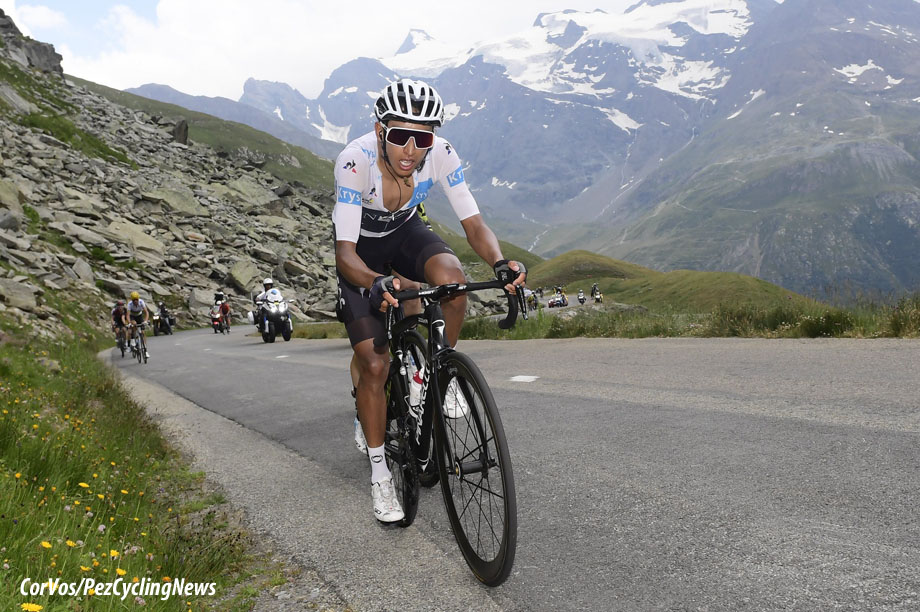 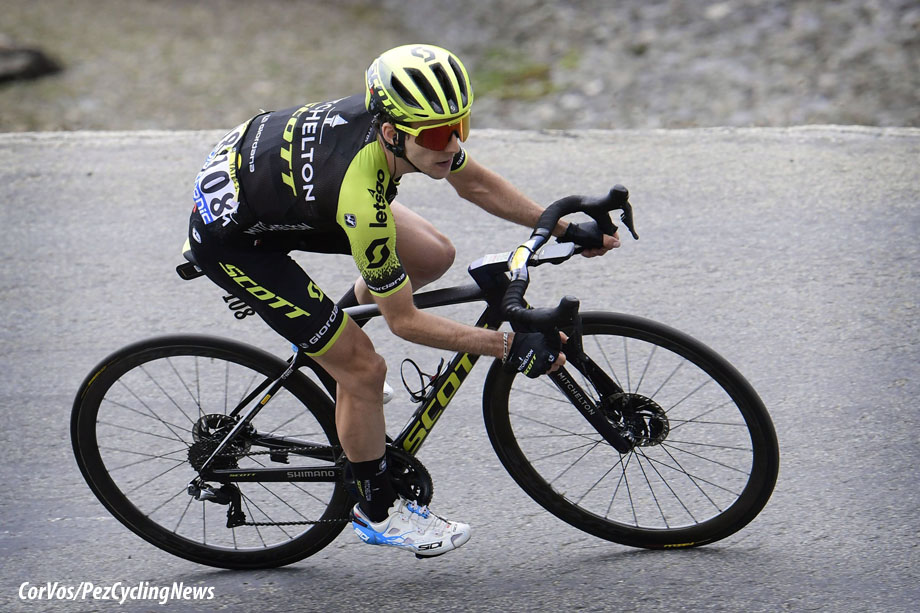 It could have been stage win No.3 for Simon Yates 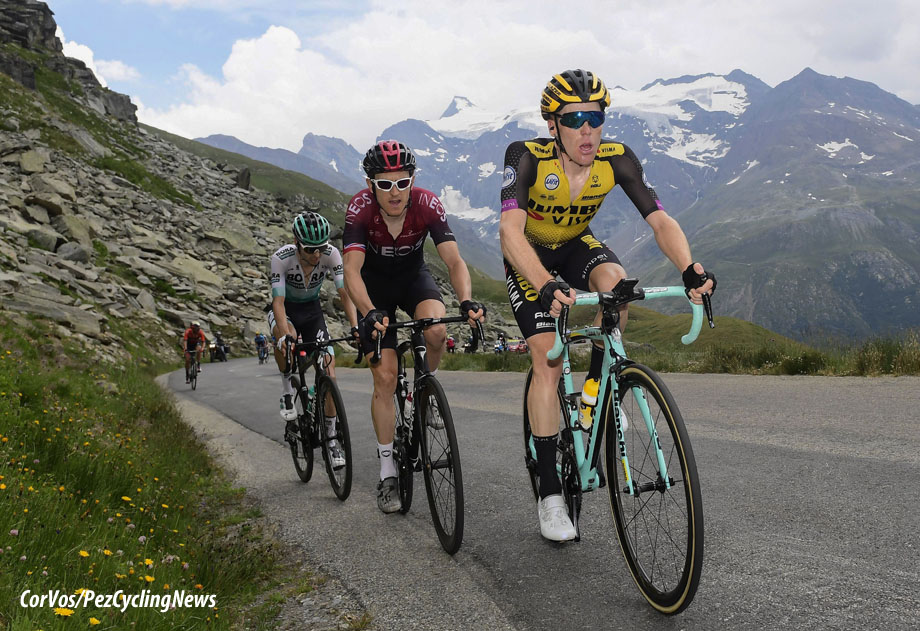 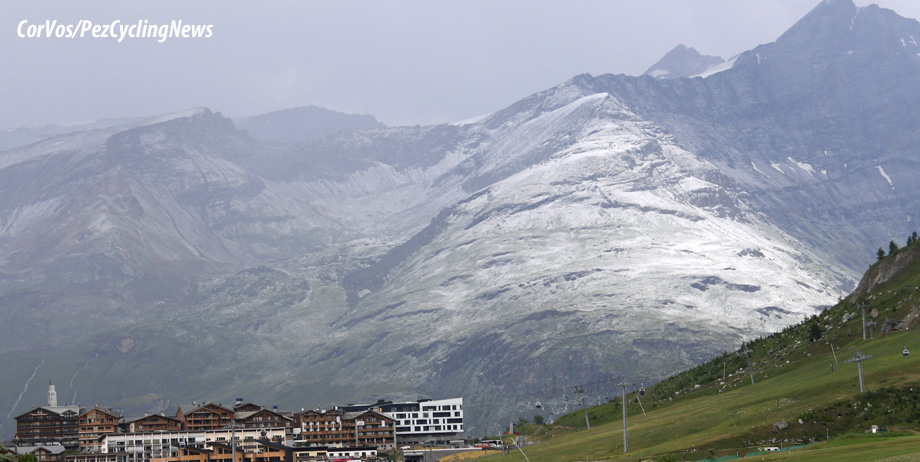 Due to extreme weather conditions, part of the route was no longer rideable, so the organisation was forced to stop the race. The times on the Col de l’Iseran were taken for the overall classification. 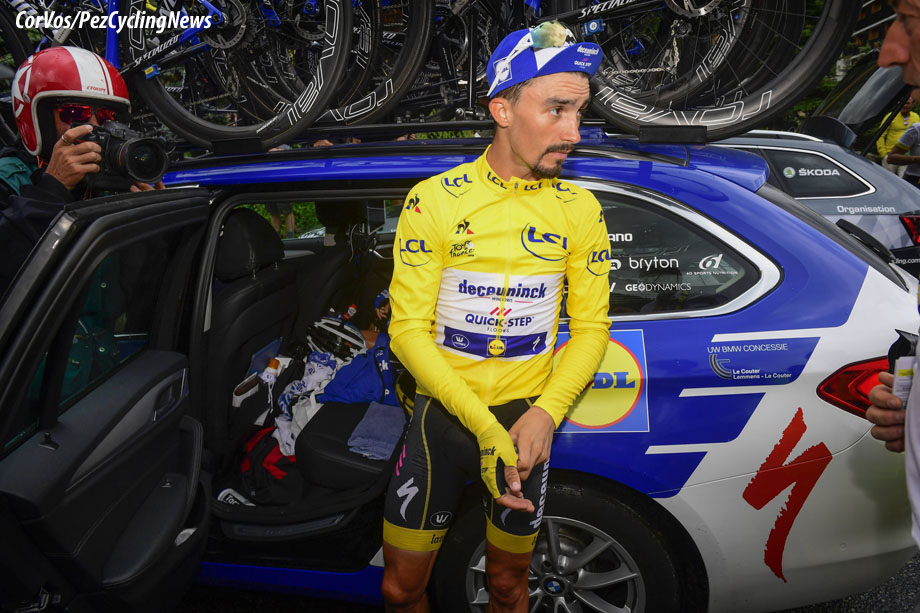 Julian Alaphilippe lost the yellow jersey, but not in the way he would like

Bernal takes yellow from Alaphilippe
As a result, Egan Bernal, who was already riding “virtually” in yellow, took over the lead from Julian Alaphilippe. Alaphilippe is now at 0:45 in second place. Geraint Thomas is third at 1:03, Steven Kruijswijk at 1:15 and Emanuel Buchmann at 1:42. 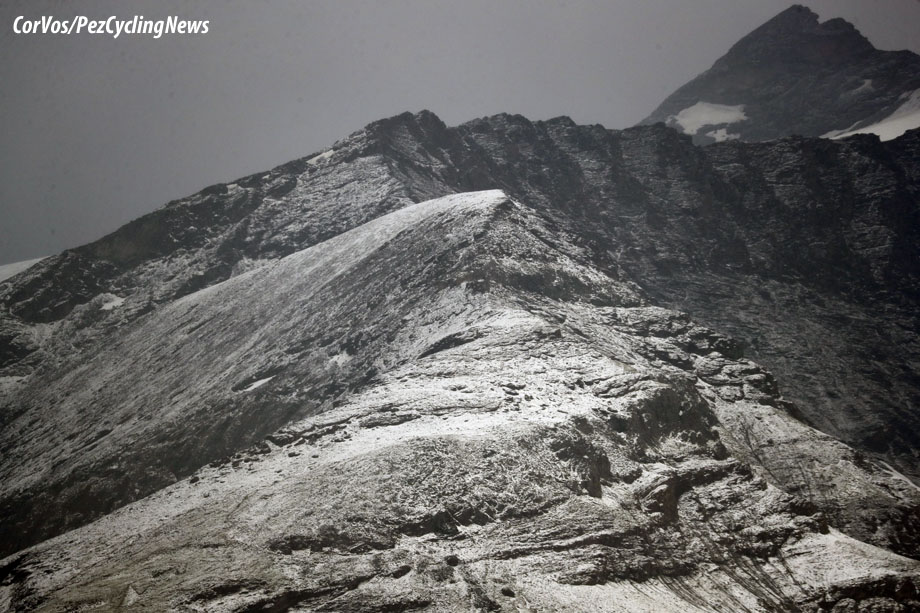 The stage couldn’t go on 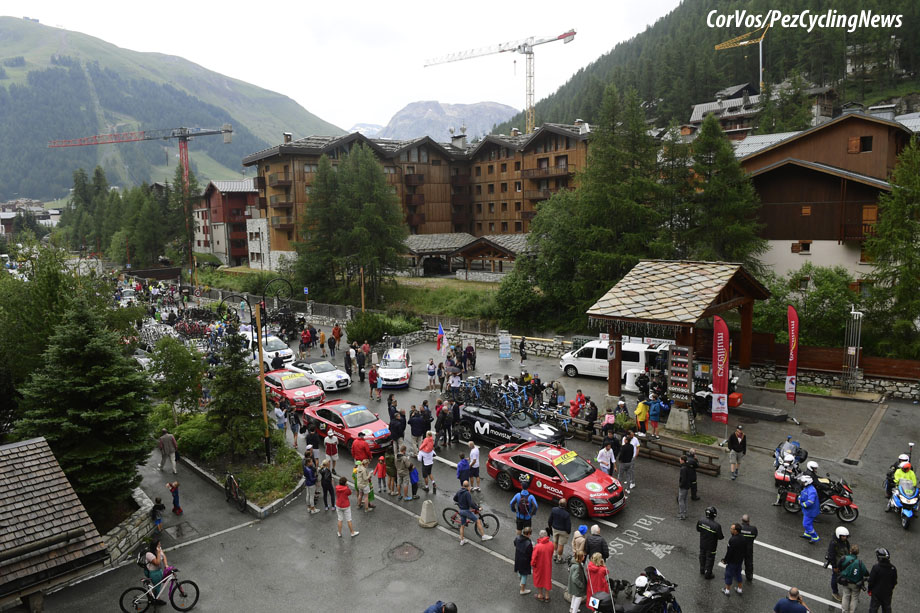