Race Report: Of all the riders in this Tour de France there is one who deserves a stage win, not just because he has come close, but for his hard work trying to make up for the loss of his team’s fast finisher – Edvald Boasson Hagen. The long Tour stage 19: 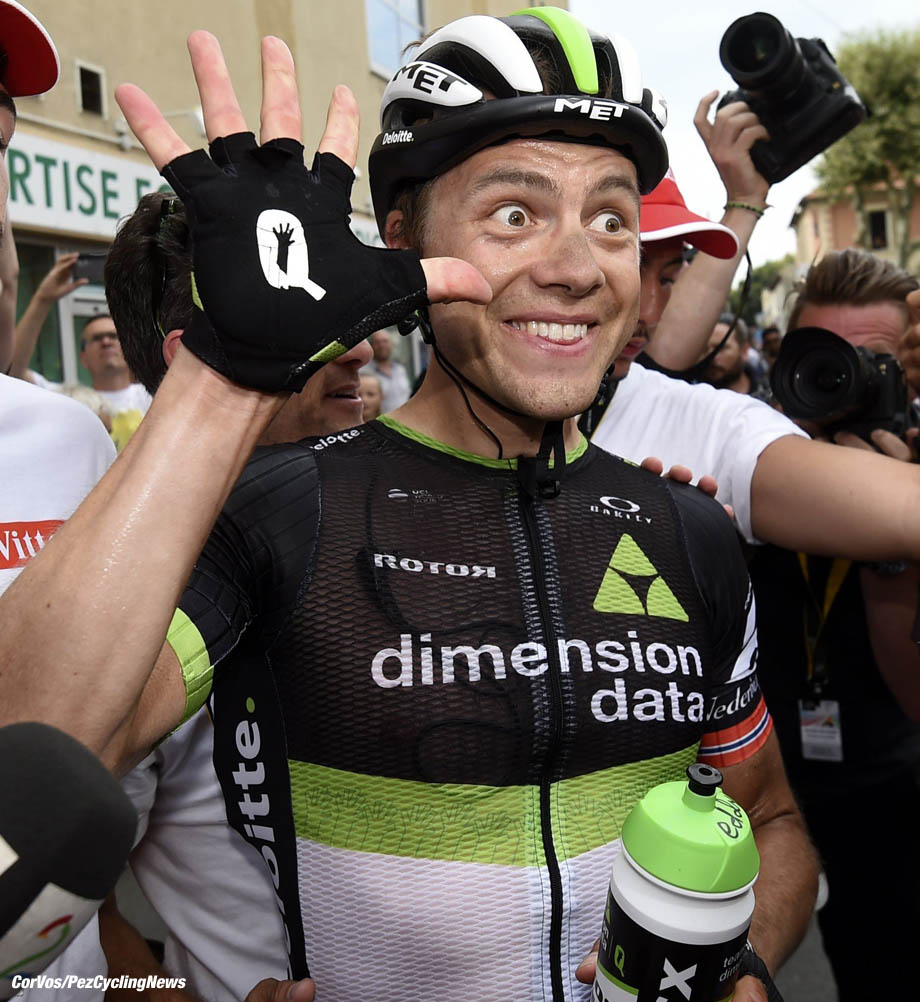 After cruelly being denied the stage win by Marcel Kittel by fractions of a millimeter in the first week, Edvald Boasson Hagen finally gets his stage win as the breakaway holds off the peloton by ten minutes.
On paper todays 222km stage from Embrun – Salon-de-Provence was somewhere in the middle between a breakaway stage or a day for the sprinters or the sprinters that were still left in the race at least. 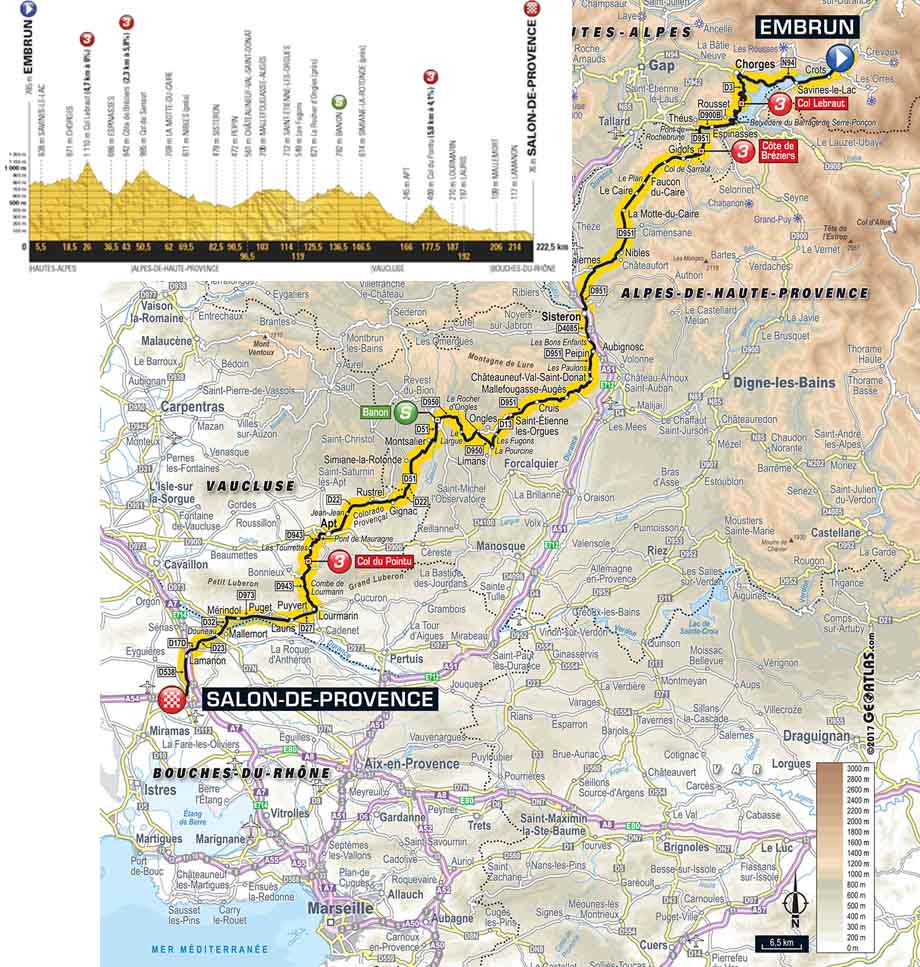 With the mountains classification already decided there was no sign of Warren Barguil in the early moves, the Frenchman dedicating himself to his Sunweb team and room mate Michael Matthews. 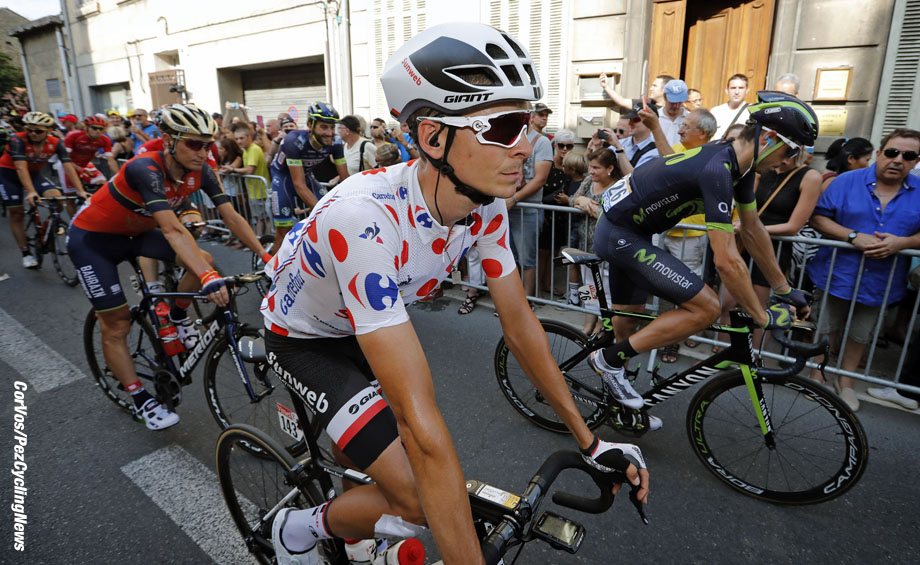 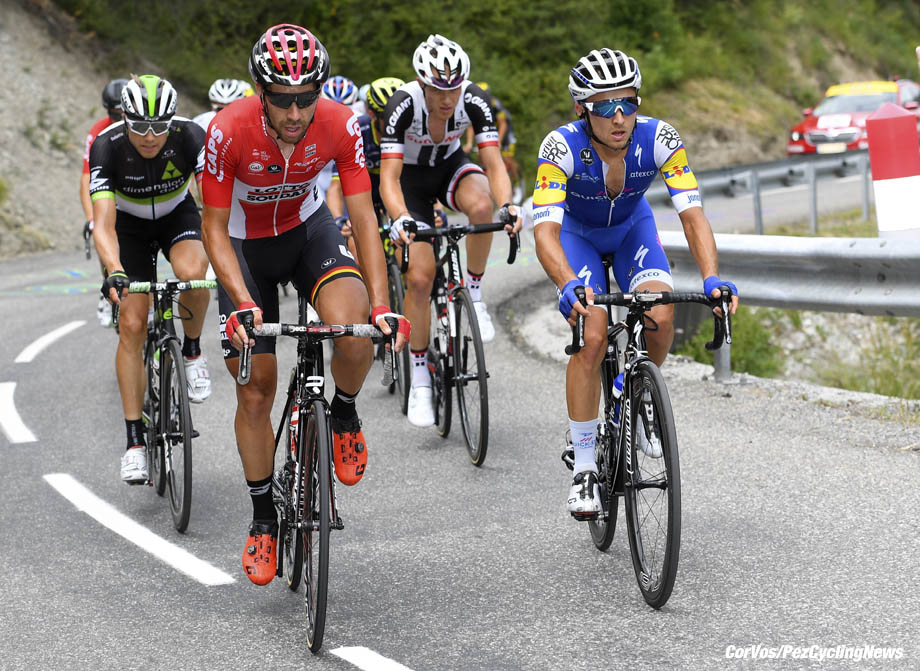 With so many teams represented in the breakaway and few teams with motive to chase in the peloton it looked promising that this group could make it to the line. With fast sprinters in this group such as Boasson Hagen and Bennati it was going to be up to the more attacking riders to force the pace on the final climb of the Col du Pointu to drop their rivals.

Direct Enegie had perhaps the strongest hand to play in this breakaway with Chavanel and Calmejane, two former stage winners with a good mix of youth and experience between them along with Sicard to bolster the numbers. 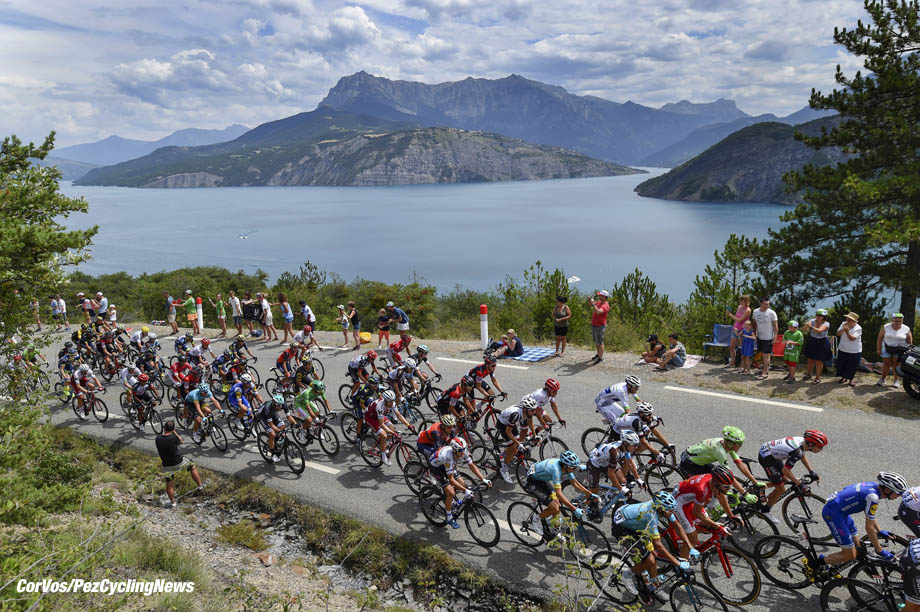 Meanwhile back in the peloton Sky parked the bus at the front of the race with several riders enjoying the drop in speed to have a comfort break including green jersey holder Michael Matthews. The familiar sight of Christian Knees, Luke Rowe and Vasil Kiriyenka dragged the peloton through the flatter mid-section of the stage as the gap to the breakaway stretched out to eight minutes. 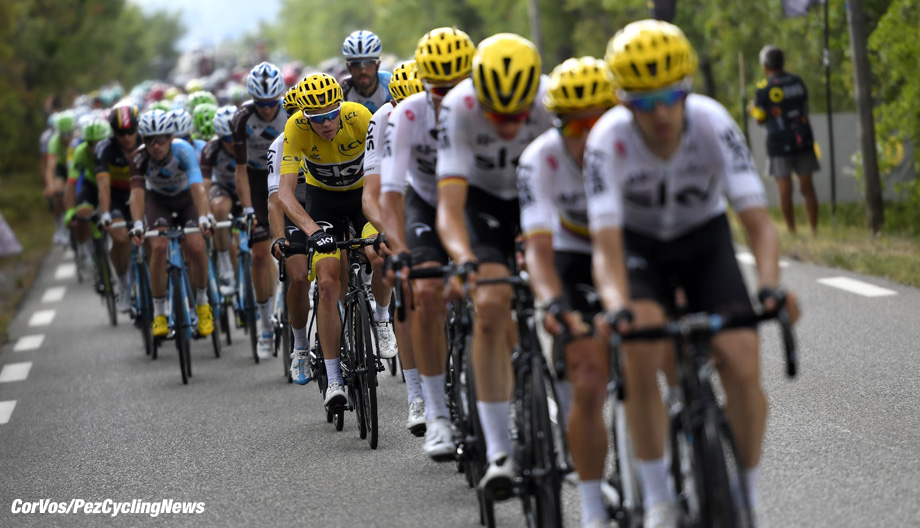 As the break reached the final climb of the day and indeed of the tour the attacks began. However with 45km left to race still over the summit nobody was willing to let anything go. 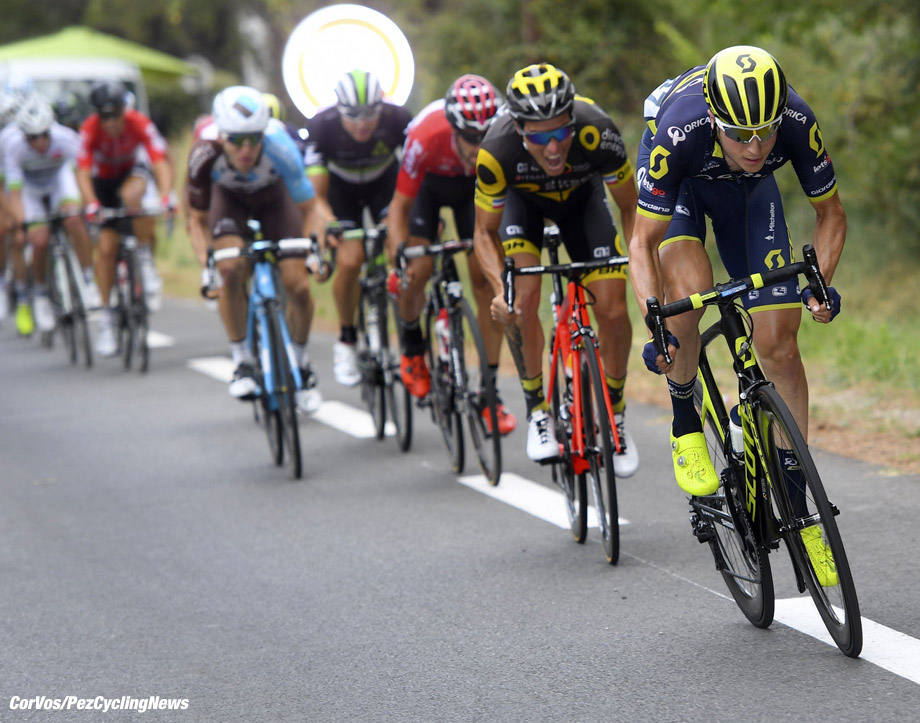 Jens Keukeleire was the first to make a big attack with just over 20km to go, splitting the group in two. This left a group of the 9 strongest riders out front holding a gap of ten minutes to the peloton and 30-seconds on the chasers. 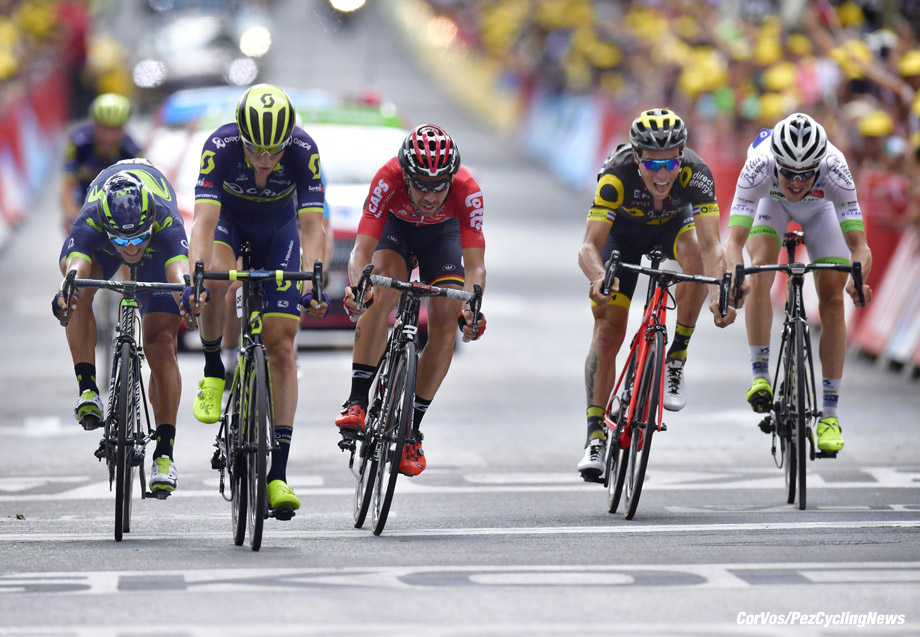 The final 10km played out like a game of chess. With breakaway specialists like De Gendt, Chavanel and Bakelants in the move the attacks were constant and unpredictable. The decisive move came with just over 2kms left to ride when Boasson Hagen, who many presumed would wait for the sprint, launched from the tired group and quickly opened up a sizable margin. Buoyed by the frustration of being beaten by Kittel by the smallest of margins earlier in the race, this time Boasson Hagen had time to lift his hands in celebration. 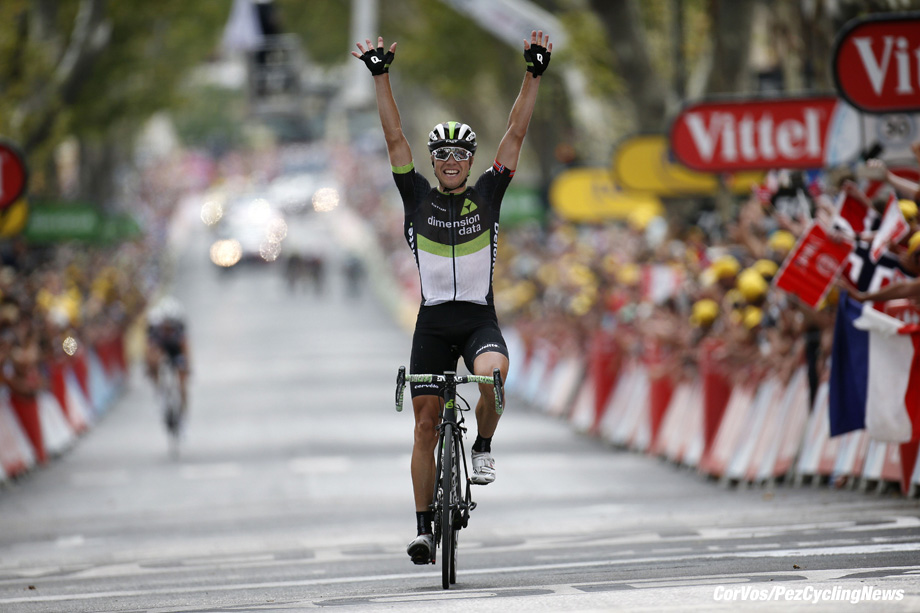 The happy Norwegian said after the finish: “After coming so close so many times this Tour it feels so nice to finally do it and to be able to cross the line solo and not in a photofinish is nice too!”