The team ended a successful weekend of WorldTour racing in Sweden with Lotta Lepistö completing Sunday’s Crescent Women World Cup Vargarda in second place. The result follows the team finishing second in the team time trial on Friday, completing both events on the podium.

The team was dealt a blow at the start as both Ashleigh Moolman-Pasio and Joëlle Numainville didn’t take to the start due to illness. Lepistö, Lisa Klein, Nicole Hanselmann and Stephanie Pohl represented the team.

Hanselmann was the first attacker of the day to get a sizeable gap. She led the race solo for around 30 kilometres, gaining a maximum advantage of 2 minutes as she approached the famous gravel sections of the course.

“I told Nicole to attack and it was a super move from her,” Lepistö said. “With Ashleigh and Joelle not starting, we had nothing to lose today. Just before we entered the local laps, we formed a nine-rider group. There wasn’t great cooperation all the time but sometimes it was ok.”

The nine-rider group never gained more than a 2 minute advantage and it wasn’t clear until the last lap whether they would be successful. With most teams represented in the move, the peloton eventually sat up.
Swedish rider Emilia Fahlin (Ale-Cipollini) surprised the sprinters in the group to take the victory, the first one for the host nation.

“I feel like Emilia and I did most of the work in the breakaway. I think Emilia was having super legs today and she took the last corner first and had the most speed and could hold the 300 metres in the front. I was trying to pass her so badly but I just died, my legs were totally empty,” Lepistö continued.
“I’m super happy. I think the team had a super result today after starting with only four riders. It was a nice day for us. I’m really emotional about this win because I did this race before I turned professional in 2008 or 2009 and was dropped on the second lap already and now I’m on the podium so I hope this encourages the young Finnish riders.” 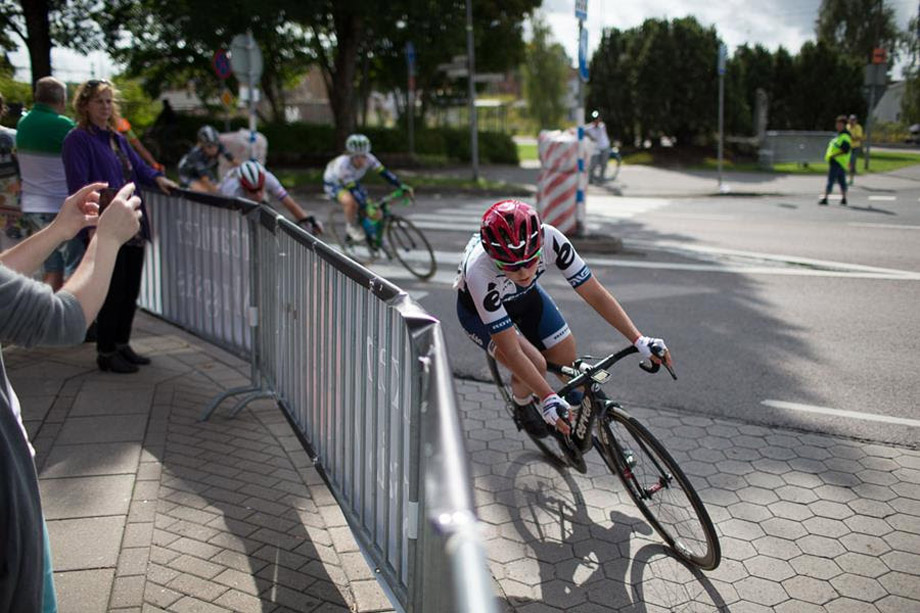