A crazy finalé to the oldest Classic

Classic Race Report: The World champion, Julian Alaphilippe (Deceuninck – Quick-Step) had Liège-Bastogne-Liège in his hand, but he raised his arms too early and Primoz Roglič (Jumbo-Visma) swooped past to take it on the line. Alaphilippe was then moved down to 5th. Marc Hirschi (Sunweb) was 2nd and Tour de France winner, Tadej Pogačar (UAE-Team Emirates) was 3rd. 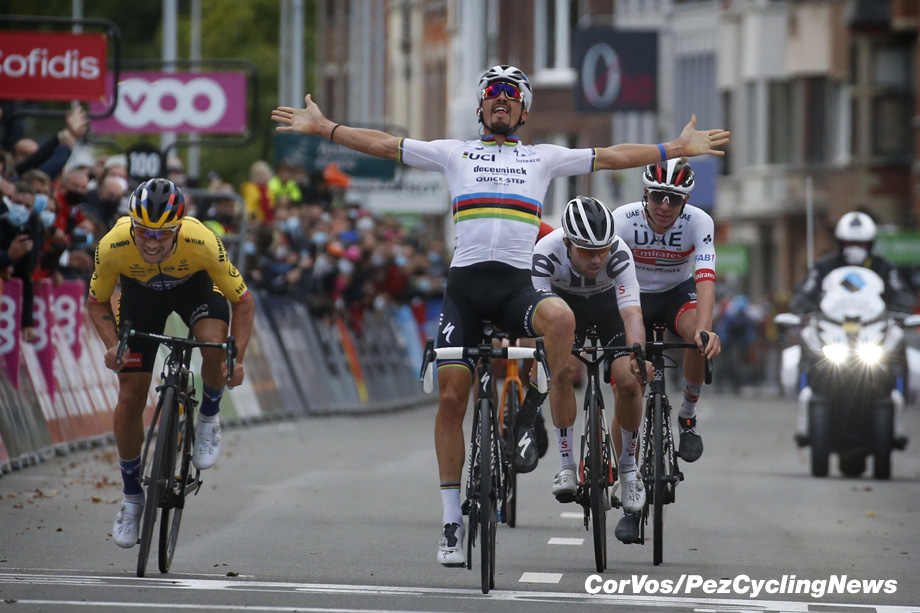 Not even second for Alaphilippe 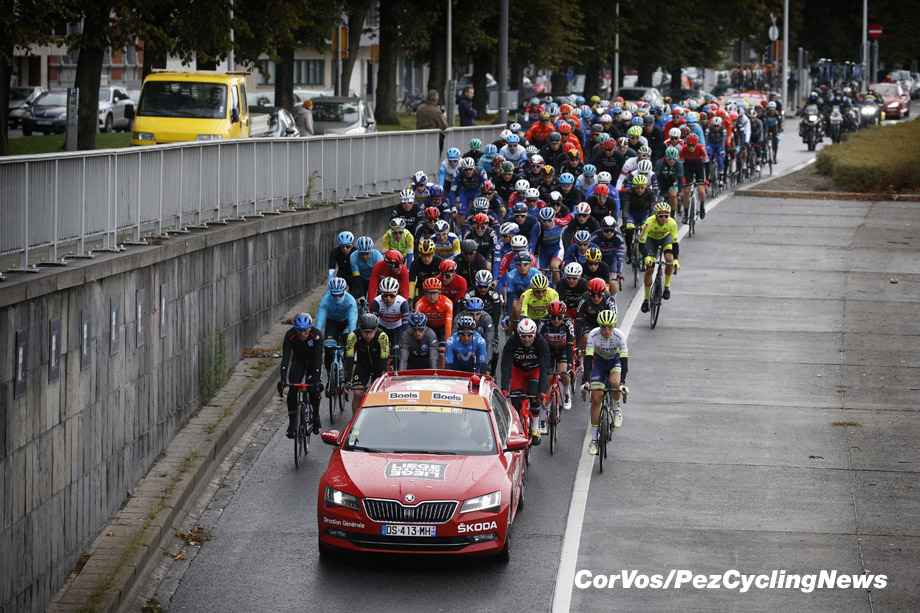 It was a cold and wet start from Liège

The wet conditions caused a few crashes. Greg Van Avermaet fell after a collision with a traffic island and had to retire. Adam Yates also couldn’t finish. On the descent of the Côte de Wanne, Julian Alaphilippe also crashed with some others, but the World champion was able to continue. 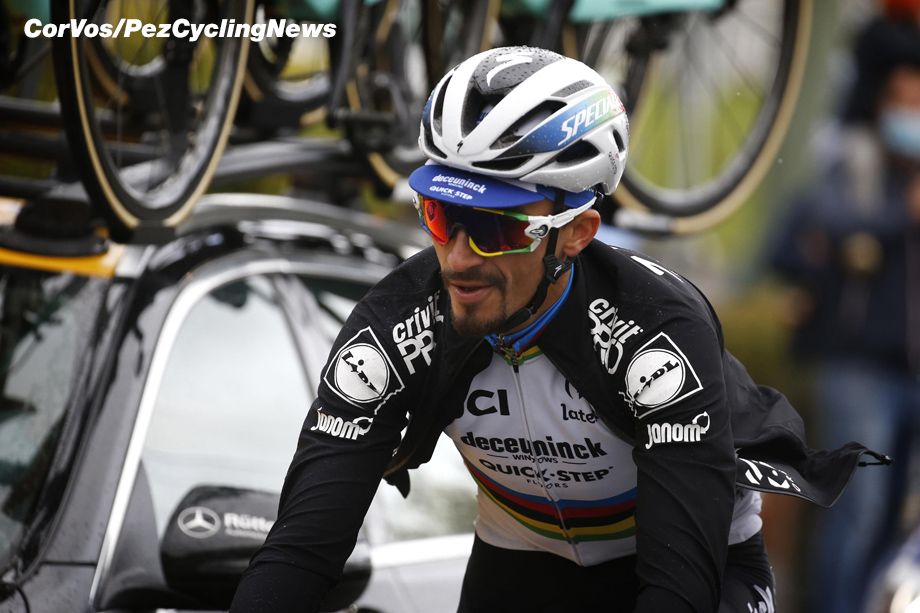 The rainbow jersey is under the jacket 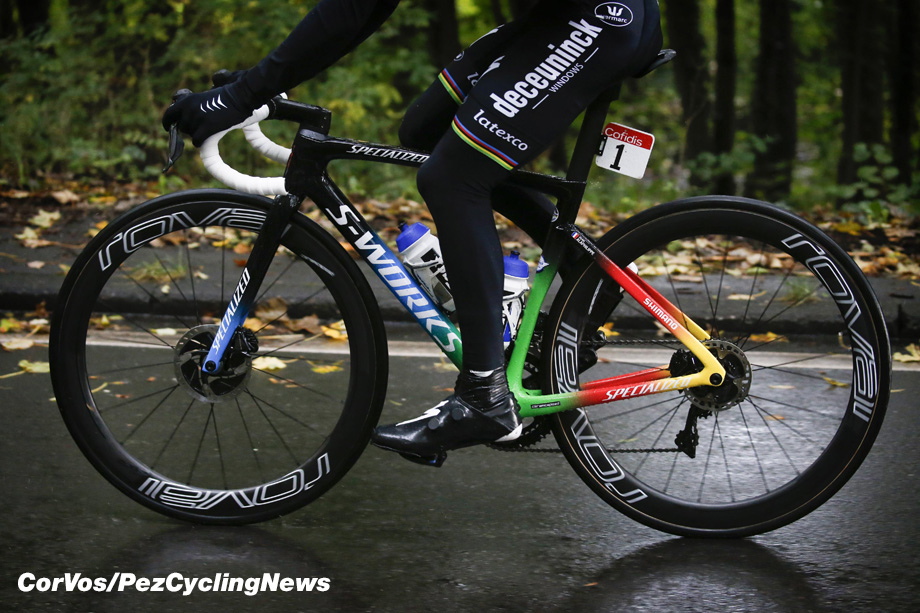 Trek-Segafredo set the pace at the front of the peloton. After an acceleration of pace from Elosegui on the Wanne, the leading group exploded. On the Côte de Stockeu, it was Schär who took off alone. With 70 kilometres to go, he was joined by fellow countryman Mäder, but he had to let Schär go on the ascent of the Col du Rosier. Schär continued solo, but was caught by the peloton on the Côte de la Redoute with 36 kilometres to go. 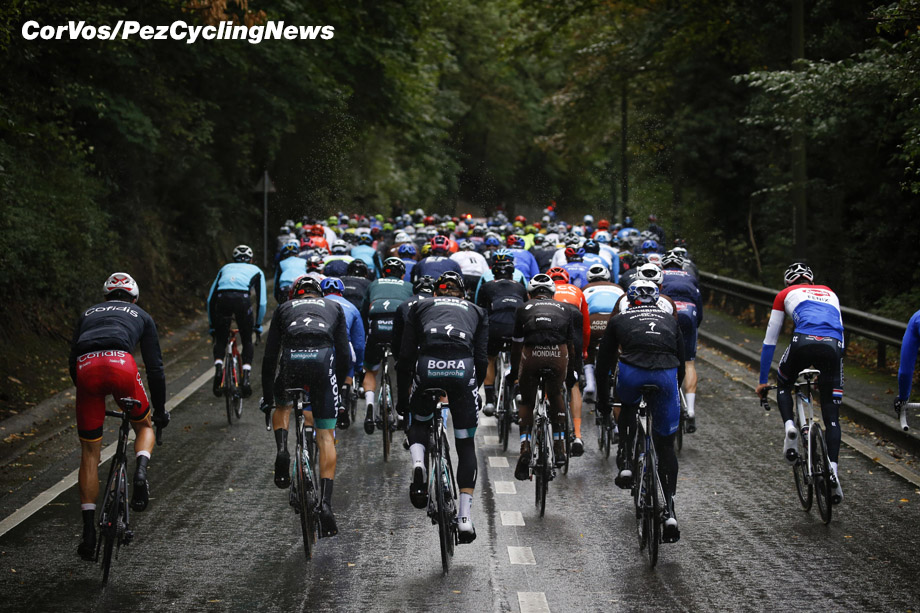 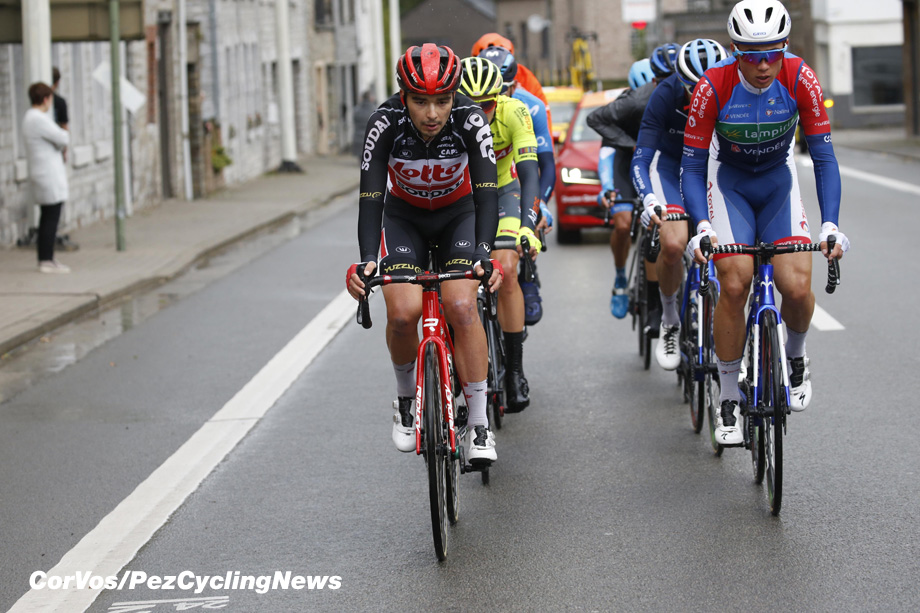 During the climb it was Dries Devenyns who kept the pace high for his leader, Alaphilippe. On the way to Côte des Forges, Michael Albasini went on the attack in his last race as a professional. His moment of fame proved to be short-lived. From the ascent of Des Forges there were many attacks, but no one could manage to escape. 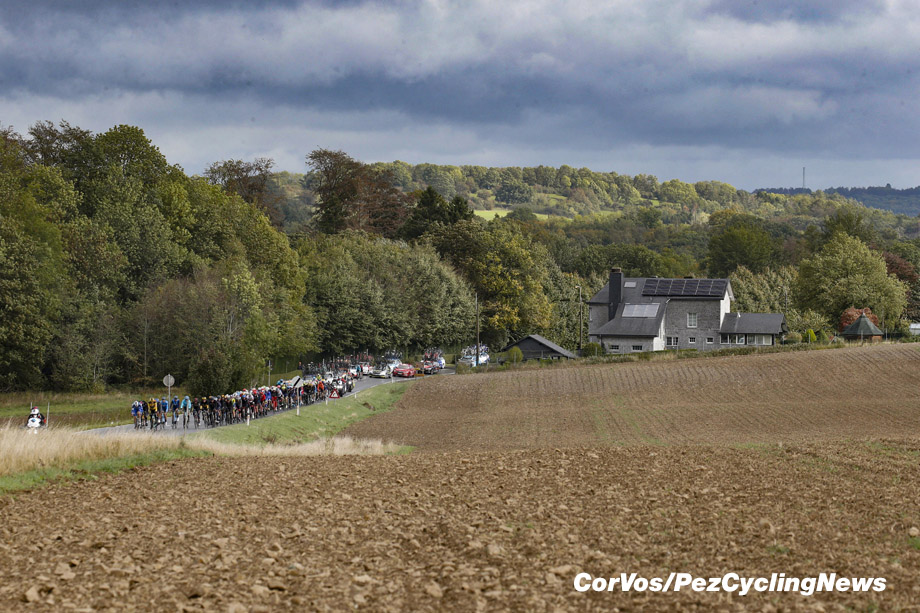 A hard day ahead 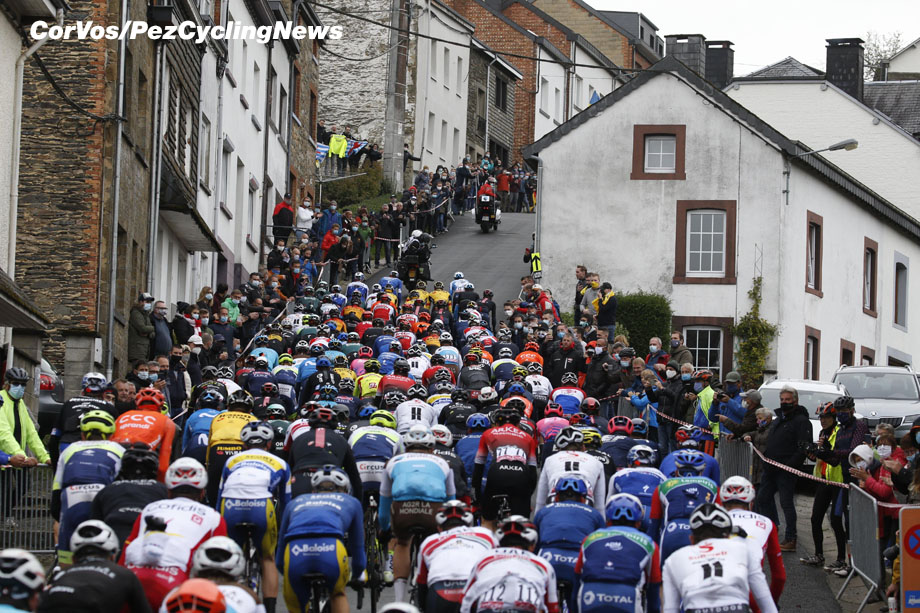 The peloton climbs the Cote St Roch in Houffalize

Tom Dumoulin set the pace on the finalé of the day. Alaphilippe accelerated at five hundred meters from the top. Hirschi raced across to the Frenchman, and Roglič managed to make contact. After the summit, Pogačar and Kwiatkowski also joined. 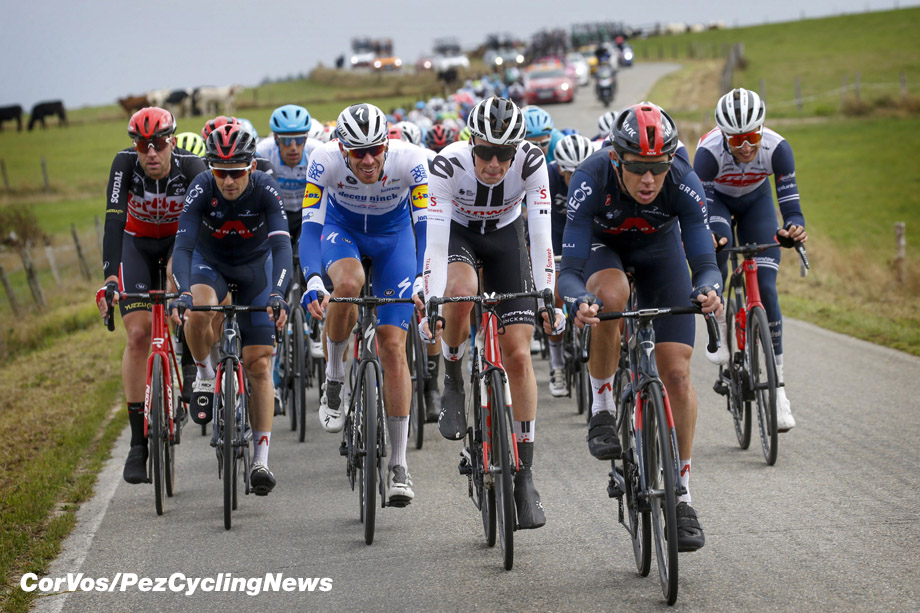 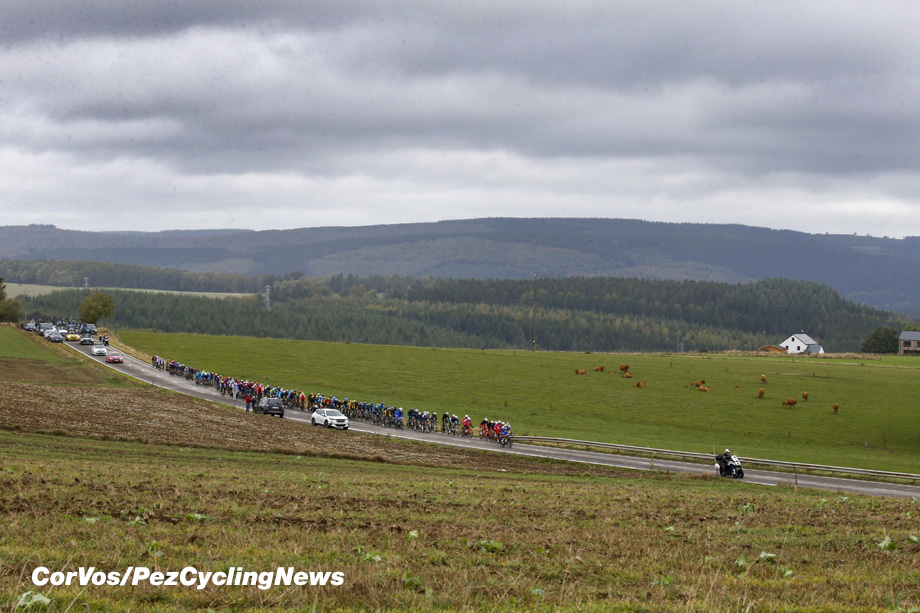 The front group of five where ready for action. Eleven kilometres from the finish, Hirschi accelerated, and initially only Alaphilippe could respond. Pogačar and Roglič managed to fight back, we now only had four leaders racing towards the finish in Liège. A large group of pursuers, including Mathieu van der Poel, failed to pull them back, although Mohorič was trying. 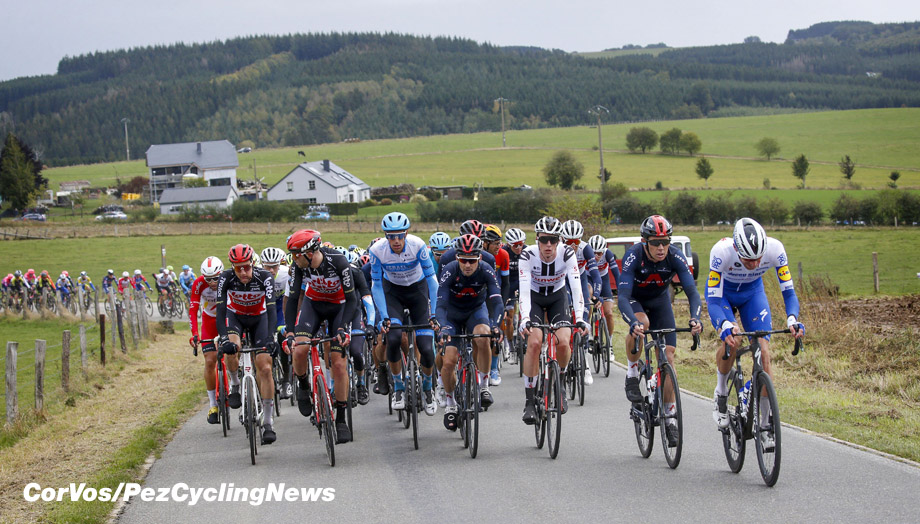 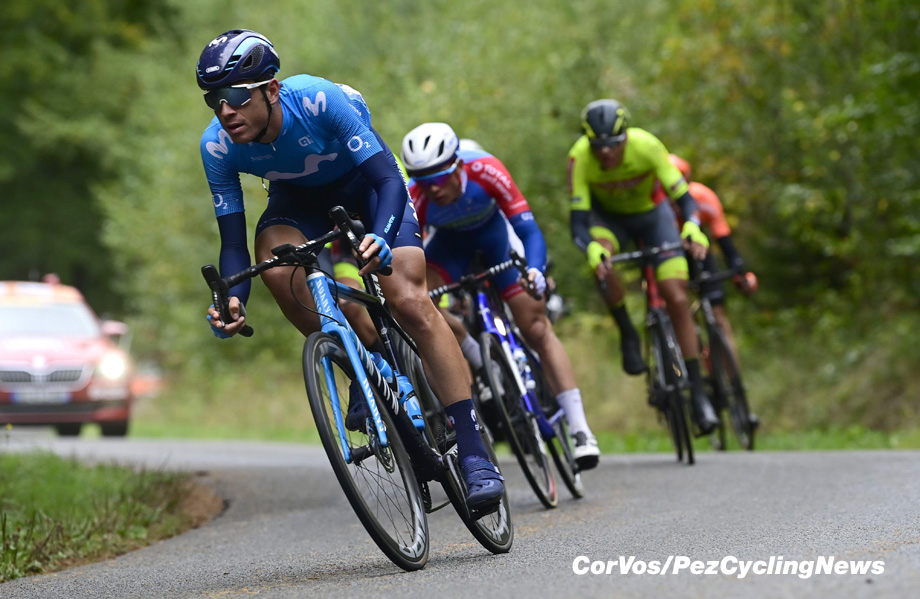 Four riders seemed to be sprinting for the victory, but Mohorič managed to get to them from behind. The Slovenian started the sprint early, but was quickly passed by Alaphilippe. The Frenchman started his sprint, but hindered Hirschi as he deviated from his line. 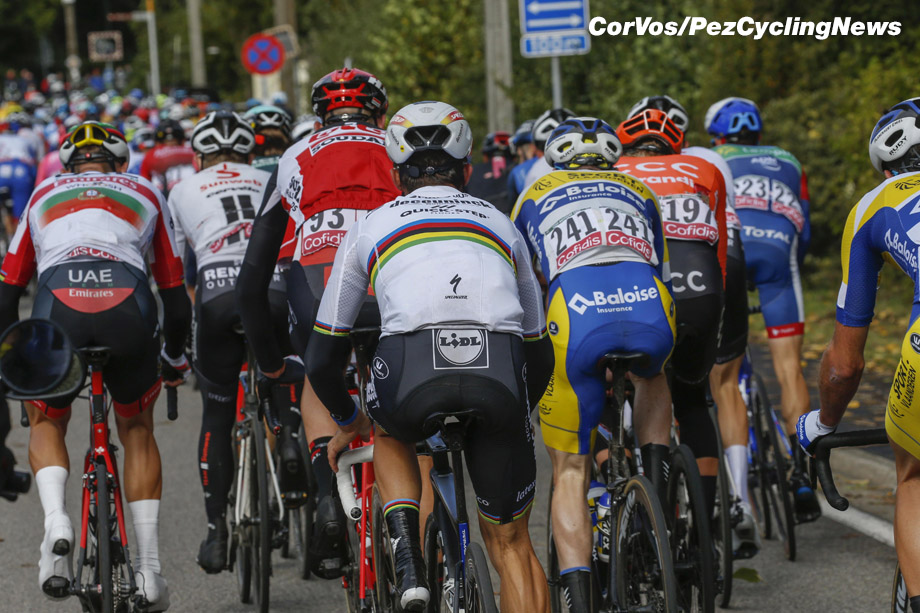 Bike trouble for the World champion 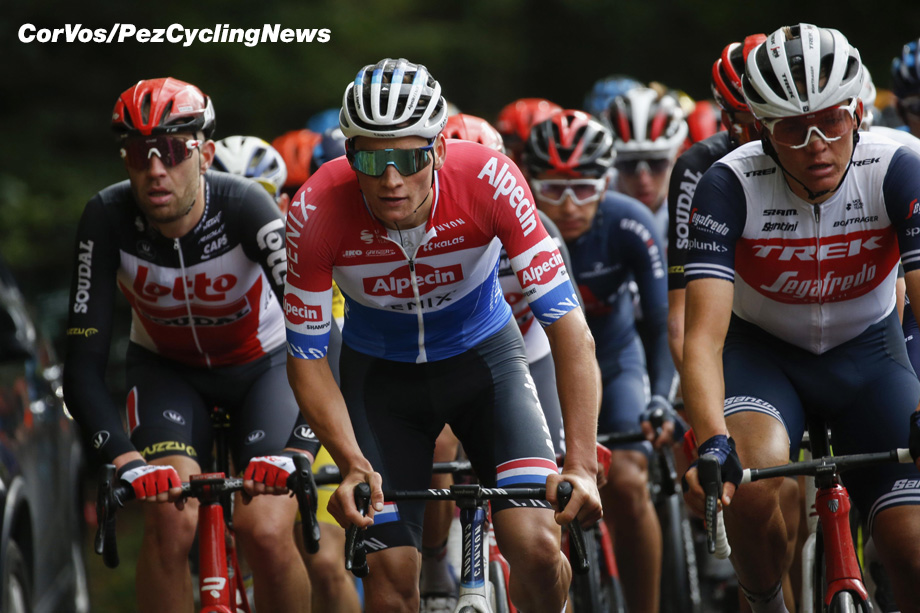 Alaphilippe had the win, but Roglič came alongside him at speed to take the victory. Van der Poel won the sprint from the chasing peloton for 6th place. Alaphilippe was declassified by the race jury and was put back to fifth place in the result. 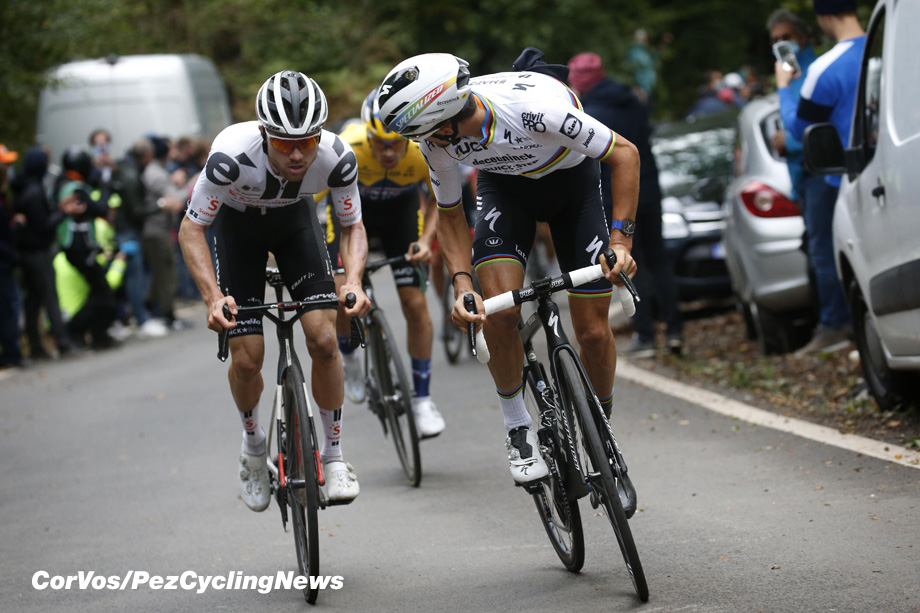 The World champion put in the winning attack 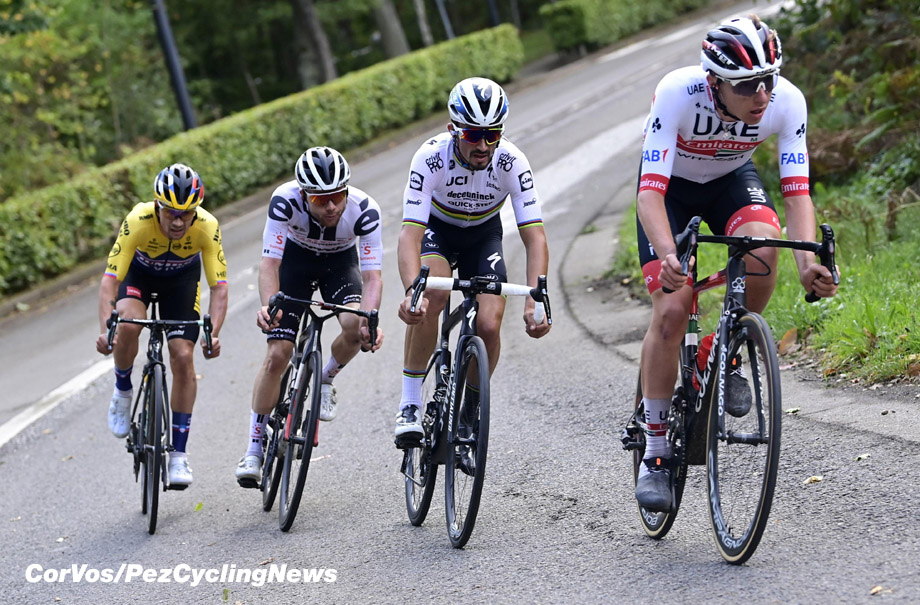 The winner would be from these four riders 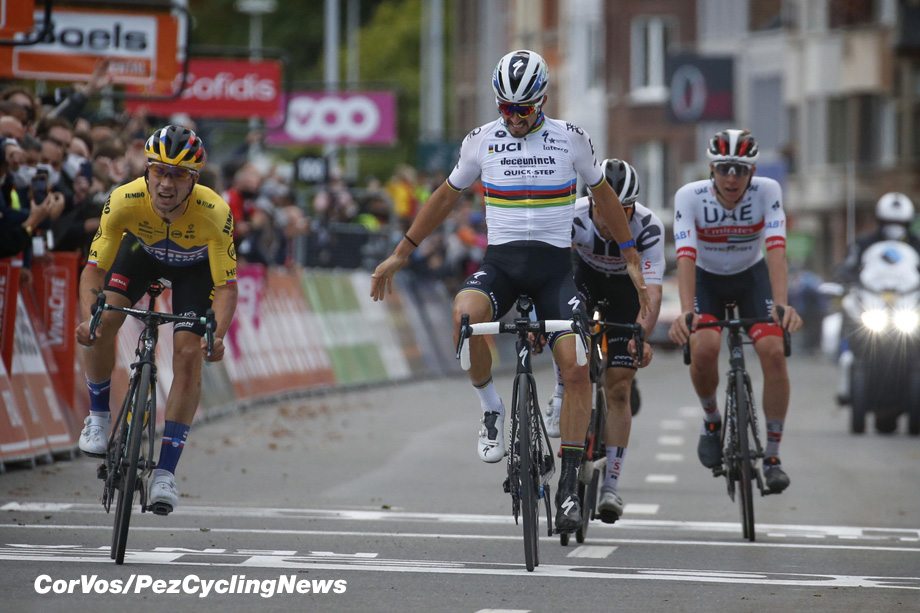 Race winner, Primož Roglič (Jumbo-Visma): “It is just unbelievable. It was so close. I never stopped believing and pushed all the way to the finish – and it came down to centimetres! It is an incredible feeling. This has been a really long period for me away from home – almost three months. I’m very happy and really proud of the whole team. Tom [Dumoulin] was really good in the final kilometres, but it wasn’t just him: all my teammates did a super job to protect me throughout the whole race. I’m really happy I got to win. Finally I managed to win something! This is the first time I’ve done La Doyenne. Winning a Monument was on my wish list and I’m happy to tick that box.”