Men’s Santos Tour Down Under’23 Prologue: Bettiol Batters the Prologue!

Race Report: efex Men’s Prologue: Italy’s Alberto Bettiol will wear the leader’s jersey at Tanunda tomorrow as heavy rain marred the historic Santos Tour Down Under efex prologue at the Adelaide Riverbank. Bettiol was an early starter at the picturesque city circuit which lit up a muggy Tuesday night. 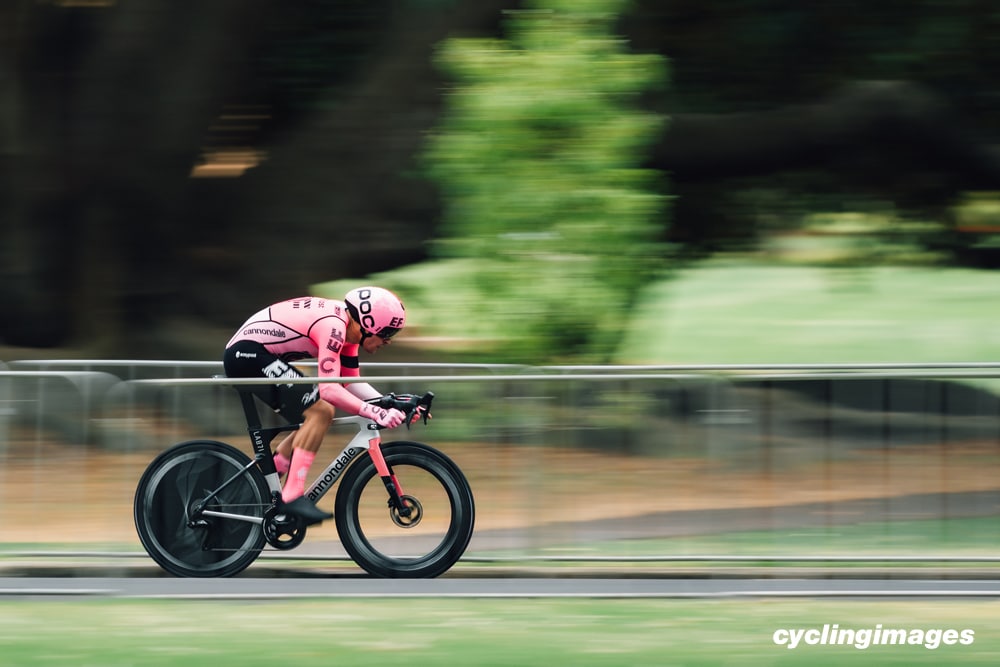 Bettiol was almost apologetic for deciding to start the prologue fourth off the ramp. He now has an eight-second lead before stage 1 pedals off over second-placed Magnus Sheffield from Ineos Grenadiers. Sheffield will wear the Zwift Young Rider’s Jersey on Wednesday. “I feel really lucky, and, at the same time I knew I could do well,” Bettiol said. “There are better riders, especially in the prologue, the weather of Australia helped me, and in the end, I really appreciate the effort that all my team gave me to give me the best support. I just had to pedal full gas for six and a half minutes.” 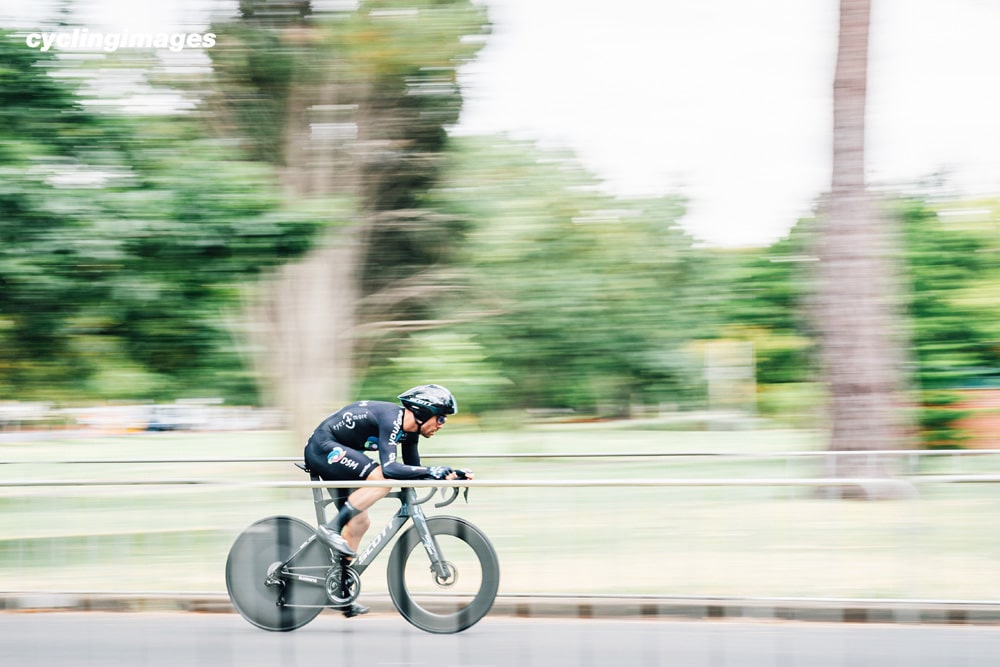 Bettiol, 29, from EF Education-Easypost and a Giro D’Italia 2021 stage winner finished the circuit in 6min19 sec averaging 52km/h. His teammate Mikkel Honore was the first casualty of the evening after he crashed despite being ultra-cautious on a corner. The Dane dusted himself down and finished the time trial in 5min24sec.

Bettiol said he plans on keeping the Santos Ochre Leaders Jersey at Mount Lofty on Sunday before the Ziptrak Stage 1 Tanunda to Tanunda pedals off, as 139 riders started the time trial with more than half the peloton enduring soaking rain. 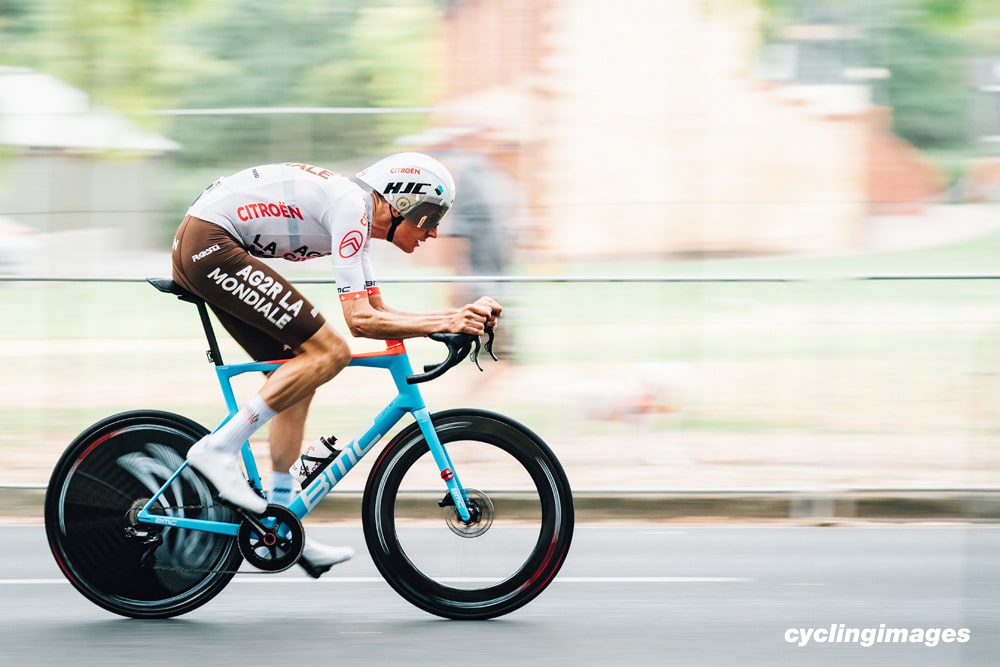 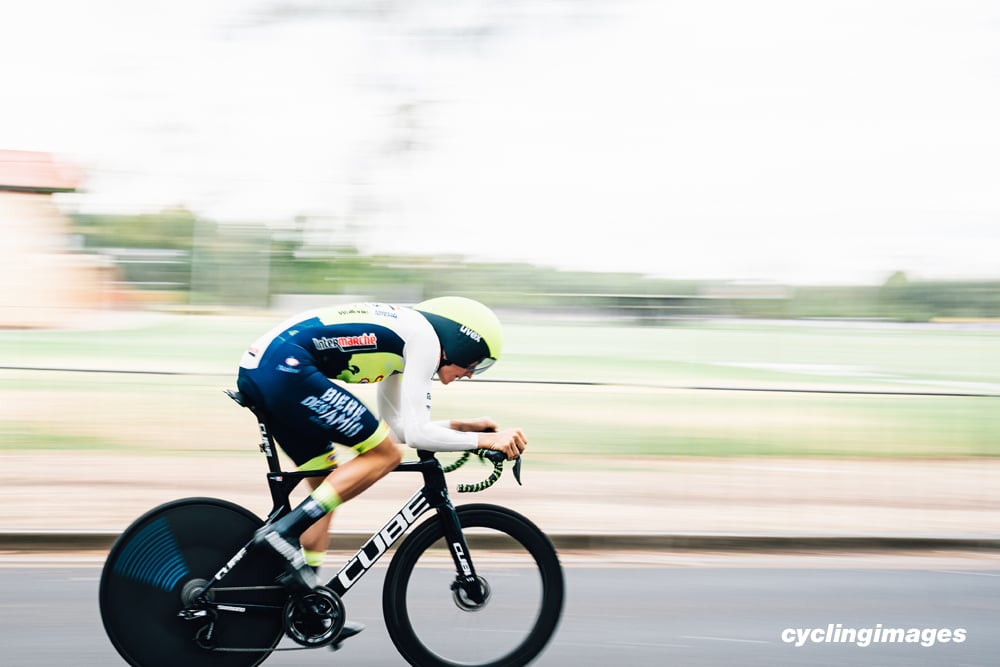 Australia’s Giro D’Italia winner Jai Hindley from BORA-hansgrohe didn’t take any risks as a second bout of heavy rain made conditions extra dangerous to finish in 7min3sec. The prologue is an individual time trial where the rider’s times count towards GC for the Santos Tour Down Under. The peloton used their usual road bikes rather than the custom time trial bikes with riders able to wear aero helmets, skin suits and time trial wheels for the event. 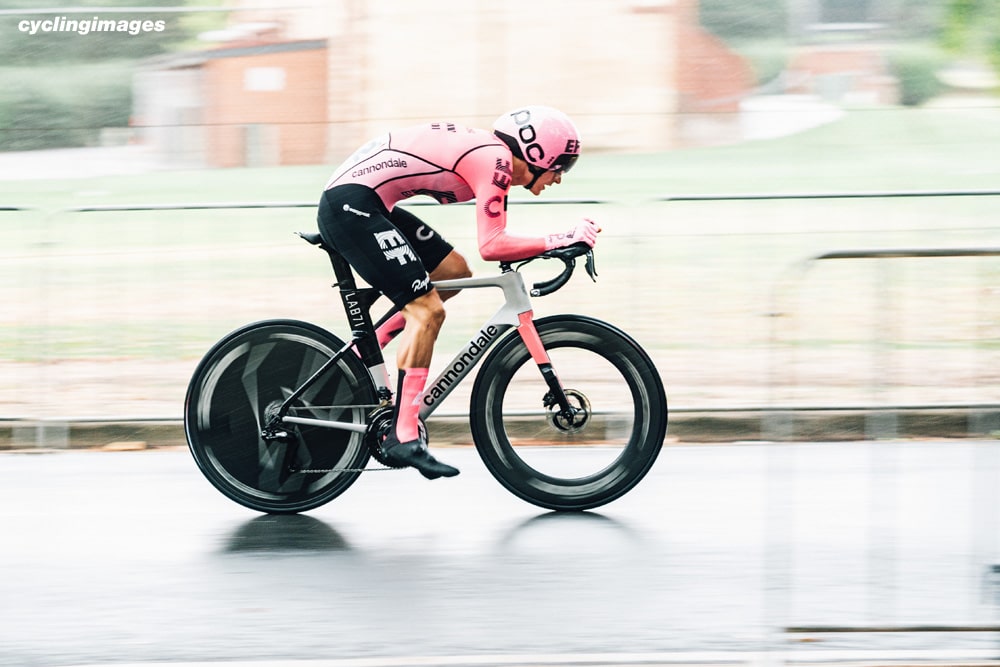 [EFEX PROLOGUE WINNER AND GENERAL CLASSIFICATION LEADER] Alberto BETTIOL, EF Education-Easypost:
As you were sitting up there and it started to rain, I guess there must have been a big smile on your face, knowing that you got away during the time when the course was dry.
For me, it was really unpredictable because I was the fourth guy to start so to be able to win was a long, long wait. In the end I was a little bit l lucky, but also a little bit stronger at the same time. Sometimes it’s about few seconds, especially in this modern cycling where everything counts. I do think we did a right choice for the timing and for the material and for the preparation. We are just happy and for the moment, we enjoy this victory tonight, from tomorrow morning we then start to think about the race.

You said a few seconds, you’ve got fourteen on guys that are expected to be pre-race favourites in Michael Matthews and even Leo Hayter. That’s a very defendable lead that you have now.
No, I’m still convinced that these guys are the favourites. I don’t consider myself as favourite for the final race. It’s still a pro win. I’m really, really happy because it’s my first race of the season and it comes here in Australia. I’m happy and from tomorrow morning, not before, from tomorrow morning we start to think about the general classification, how my teammates are, how the race will be. Maybe [we think] more about the weather too because we saw that can change pretty quick.

[ZWIFT YOUNG RIDER’S CLASSIFICATION LEADER] Mangus SHEFFIELD, INEOS Grenadiers:
Tell me what you had to do out there to deliver this result?
We had quite a few guys go earlier in that race before the wet, but also during, so I was a bit unsure even before going off the ramp. I had my rear wheel slip. I was a bit unsure just how the conditions were going to be, but I knew that I just had to keep my eyes open and look at the corners throughout the race. I was really just trying to see through the corners, how they looked and try to find the dry spots. I found the entry [of the corners]to be quite wet but then the exits were still drying up just as I was going out on the course. I knew that I just had to stay upright because it’s a long week, but I also really want to go for the win.

Apart from that start it was fine out there then or was there any other problems?
I saw quite a few guys go down today but luckily I was able to stay upright beside that rear wheel slip off the start ramp. 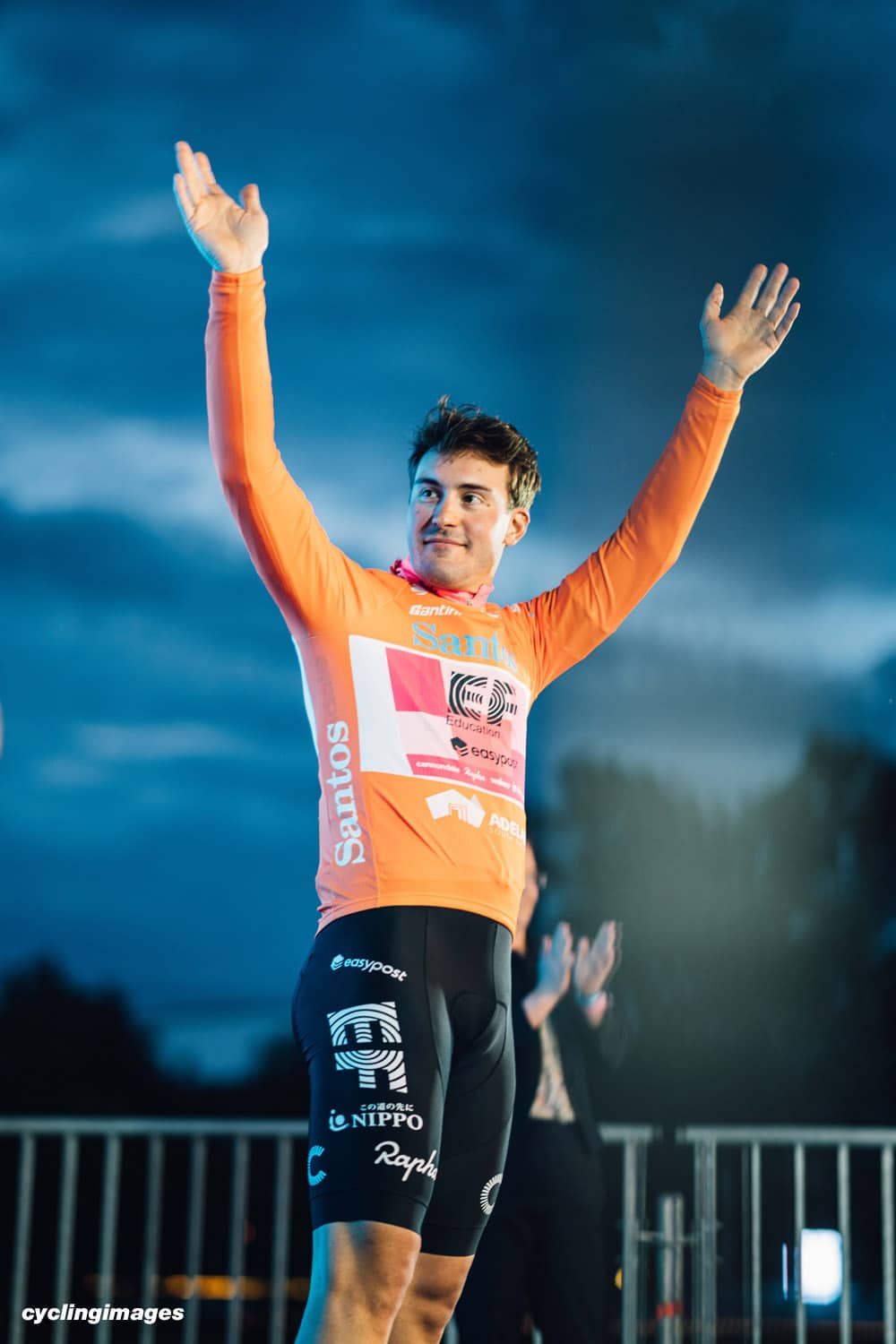 Men’s Santos Tour Down Under’23 Stage 1: Crash and Win for Bauhaus!