By Press Release On Jun 27, 2016
Share
Like PEZ? Why not subscribe to our weekly newsletter to receive updates and reminders on what's cool in road cycling?

Two more riders from the Axeon Hagens Berman Cycling Team captured national Under 23 titles Sunday, bringing to six the total number of national championships won by the American Under 23 development squad on the season. 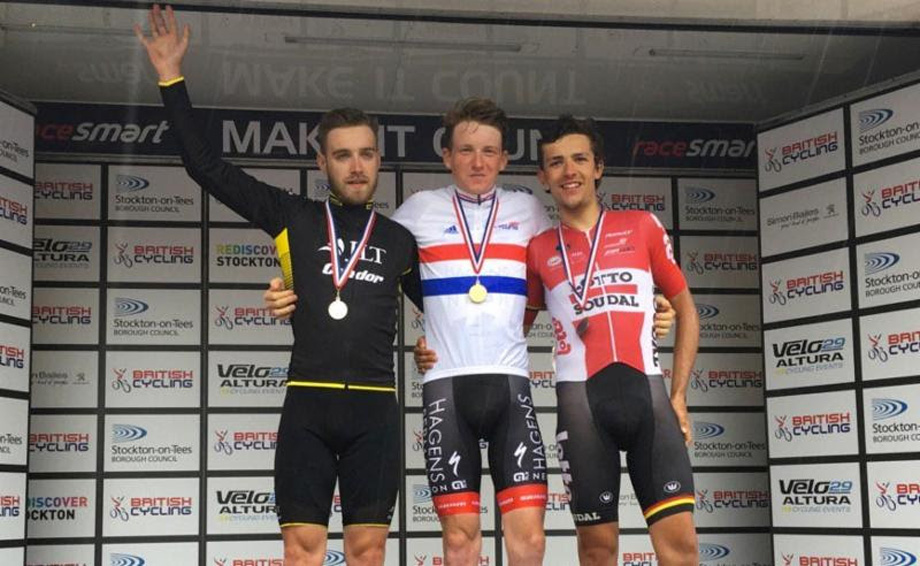 Other Axeon Hagens Berman riders earning national titles the past week were Ruben Guerreiro, who soloed to the Portugese Under 23 road title Saturday, and Eddie Dunbar, who won his second straight Irish Under 23 time trial title on Thursday. The defending Irish Under 23 national road champion, Dunbar finished eighth Sunday in the elite race and fourth in the Under 23 category.

Greg Daniel’s stunning victory at the U.S. professional road championships last month got the winning started and contributed to a team-record 23 victories on the season to date.

“I think it is another record for us to have this many national champions and especially to have Greg Daniel have one in the elite category,” Merckx said. “Like I have said before, it has been a great season. And the guys continue to keep pushing forward.”

Geoghegan Hart In The Breakaway
After finishing runner-up in Thursday’s Under 23 British national time trial, Geoghegan Hart was part of a nearly race-long, four-man breakaway Sunday that was only reeled in with 15 kilometers to go of the 207-km road race.

“We had strong blokes in that situation in the front,” the 21-year-old said. “Once you have a gap, you just have to keep rolling and keep the speed high. Everyone does what they can and it is really up to the group behind as to what happens. There were about 20 blokes chasing us at one point. You just have to hope they start playing cat and mouse and start looking at each other.”

Geoghegan Hart said he learned from last year’s championship that it was better to be on the offensive.

“It always goes hard from the gun,” he said. “This year was like all the other years in the fact that there were just groups coming together and splitting constantly, like you saw on the finish circuit and earlier in the race. For me, it was about not getting caught on the back foot. If you end up having to chase, like I had to last year, you can watch your race ride up the road pretty easily.”

By winning the Under 23 title ahead of Christopher Lawless (JLT Condor) and James Shaw (Lotto-Soudal U23), Geoghegan Hart notched his third victory on the year.

“This one is special because we have a British sponsor headlining for the team – Neon Adventures – which is based in London,” he said. “It is nice to do this for them and for the team in what could be my last year with them.”

Neilands Repeats As Under 23 Road Champion
After Neilands won his third straight national time trial title on Wednesday, the 21-year-old said he had his eyes set on contending for the elite title. But when eventual winner Smukulis and another rider broke away on the hilly course Sunday, there was no catching them in the 181-km race.

“The race was really on a hard course and Smukulis was very strong today,” Neilands said. “I was in a chase group and was feeling really good. I really wanted to get the elite jersey, so maybe next year. I am happy with the Under 23 jersey.”

American riders on Axeon Hagens Berman will have a chance to add to the team’s record total of national titles during this week’s USA Cycling amateur road championships in Louisville, Kentucky.

“Hopefully, we can get at least one more,” Merckx said. “Then we will take a bit of a break as we wrap up the first half of the season. Then it is almost time to start thinking about next year because we are going to lose so many guys.” 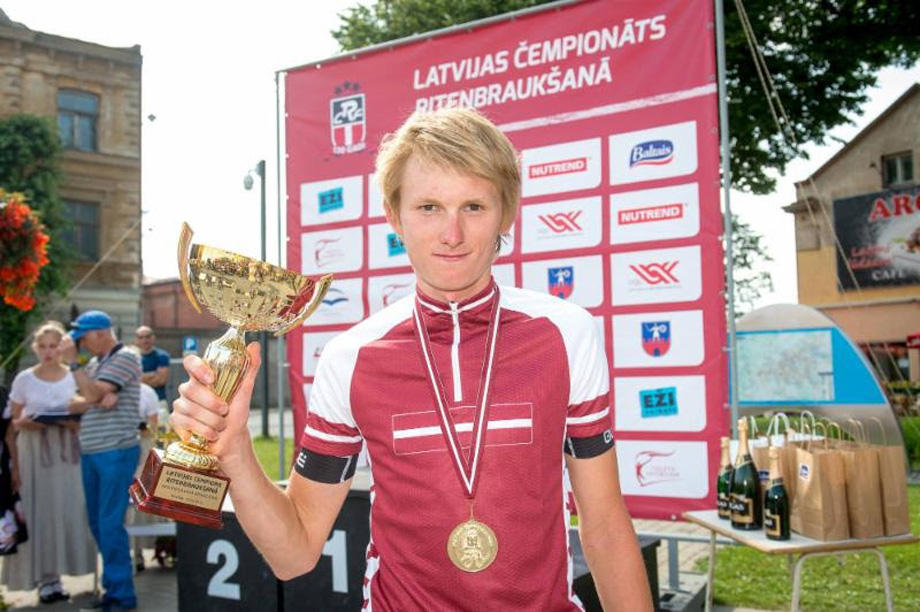