Jolanda Neff (Swiss National Team) absolutely dominated the Tour de Pologne Women. The Swiss athlete also captured the third and last fraction, from Bukovina Resort to Bukowina Tatrzanska, and she takes home the first edition in the history of the Polish stage race for women. 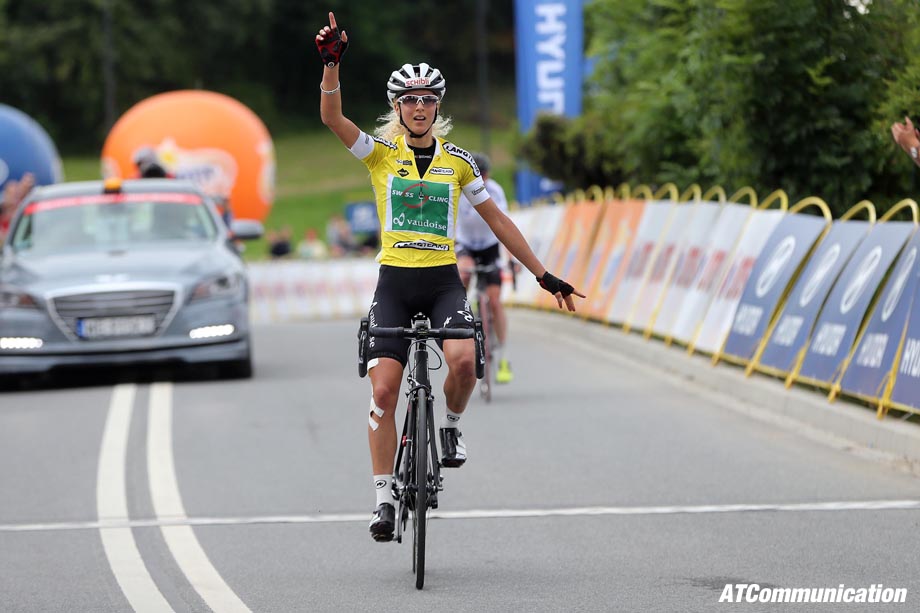 After this morning’s climbing time trial, won by Brazilian Flavia Oliveira (BTC City Ljubljana – Mix), everyone was excited about the last stage this afternoon on the Bukowina circuit for 78 km (2 laps on 34 km). In the first part of the race, Tetiana Riabchenko (Ukraine National Team) tried to get ahead of the class, imposing a substantial rhythm from the first kilometres and coming in the lead at the end of the first lap with about thirty seconds’ advantage on Oliveria, and 50 seconds ahead of Neff in the yellow jersey. In the last part of the race, in spite of her initial forcing moves, Riabchenko had to yield to the first two women in the classification. After catching up to the two athletes in the lead, Jolanda Neff still had the strength to go for the final sprint in a duel with the Brazilian Oliveira, dominating by a clear margin at the finish line in Bukowina Tatrzanska. This is the Swiss athlete’s second victory in this Tour de Pologne Women, after her remarkable achievement yesterday in the stage at Zakopane.

“I’m thrilled with this victory. I had two perfect days here at the Tour de Pologne. After yesterday’s rain in Zakopane, luckily today the weather was perfect for racing and everything worked out for the best. In this morning’s time trial I tried to control my advantage, because I knew the afternoon stage was going to be very hard. In the first of the two laps my direct adversaries tried an immediate attack to make the race even harder. During the first lap I kept Riabchenko in check; then in the second lap, when Oliveira also made her move, I decided to take the situation in hand and we took off by ourselves, and I managed to obtain victory today, too. I’m happy because this was my last road race before the Olympics in Rio, where I will be competing both on road and in the mountain bike category, and here in Poland I got the response I wanted. The race was fantastic from all standpoints: the crowds, the organization, the routes, the prizes…everything was perfect. I have never won a car before, that was really amazing,” says Jolanda Neff. Her prizes include the Polish Evolutions trophy by the artist from Trento Mirko Demattè, and a Hyundai Elantra, in addition to the traditional trophy from the Wieliczka salt mine. 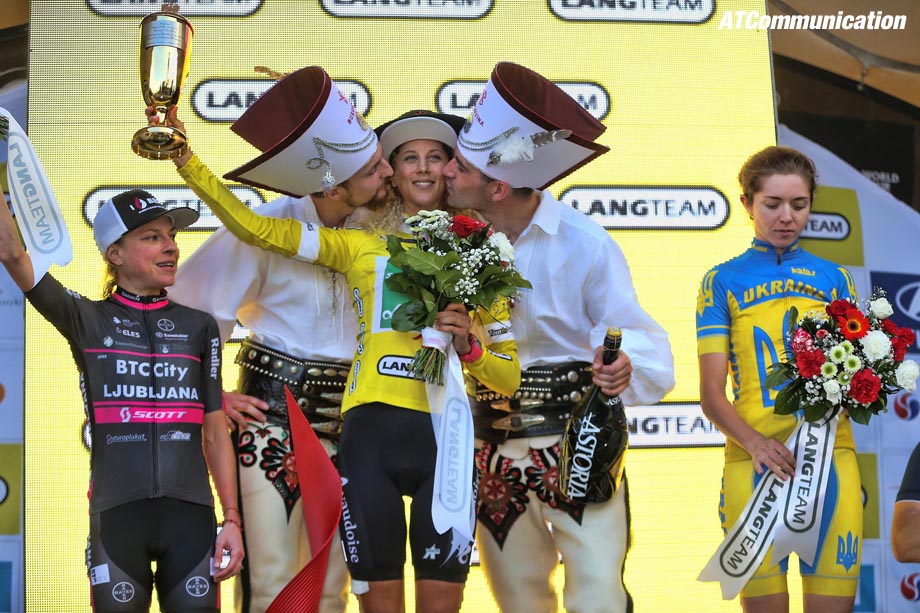 “After the nice victory this morning in the time trial I wanted to go all the way. I knew it wouldn’t be easy to beat Neff, but I really gave it my all. For me and my team, this is an important placement anyway, which means a lot. This Tour de Pologne has been an extraordinary experience. It’s the first edition but the organizers really did things in grand style. This is important for the women’s cycling movement. It’s not every day you see an event like this. I seriously hope to come back here next year. For me this has also been an important test for the Olympics. Being able to experience the Olympic dream in my Brazil will be something truly extraordinary,” declared Oliveira.

Completing the podium in the Polish stage race along with the Swiss champion are Brazilian Flavia Oliveira, second in the general classification 1, 17” behind, and Ukrainian Tetiana Riabchenko, who was third, 3’29” back. 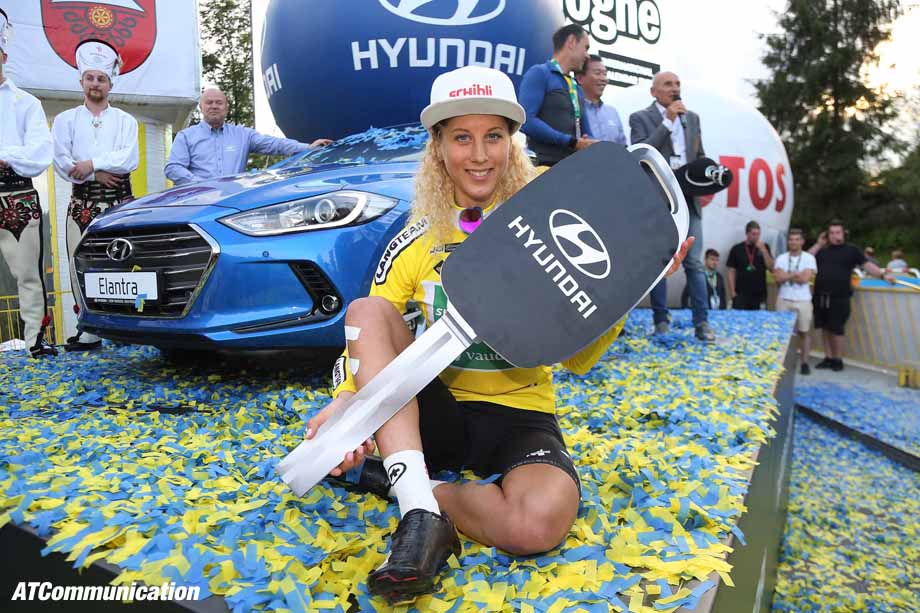 Furthermore, Jolanda Neff also takes home a trunk full of jerseys. In addition to the stage and the Lang Team yellow jersey as leader of the general classification, Neff also nabbed the Hyundai white jersey as best sprinter and the Lotto blue jersey as the most active athlete in the group. She also contributed significantly to Switzerland’s final victory in the Team classification. The green jersey (Powered by the Sports and Tourism Ministry) for best climber is of Tetiana Riabchenko (Ukraine National Team)
The best Polish athlete is Paulina Brzezna-Bentkowska (Mat Atom Sobotka – Mix).