Joëlle Numainville sprinted to third during Saturday’s GP de Plouay-Bretagne. The former Canadian national champion was part of a select group that went to the line to contest the sprint.

Numainville moved to the front with 500 metres to go and put on an impressive sprint against the group.
The result means the team has been on the podium of 4 of the last 5 UCI Women’s WorldTour events.

Eugenia Bujak (BTC City Ljubljana) took the win ahead of Elena Cecchini (Canyon-SRAM). As the race entered the final hour, a lead group of 20 riders went clear. Numainville represented the team in the move.

The group was down to six riders as they passed the 1km to go banner but 8 others joined with 500m to go.
“I’m so stoked. I’ve been in good shape but I’ve been missing some luck. I remembered the mistakes I made here last year and I knew I had to be in the front on the climbs. I just feel like I knew how to race this year,” Numainville said.

“I felt good on the climb each time. There was split after split and I just felt good each time. I kind of wish that the group of six up front would stay away because I think I would have won from there. We didn’t have the numbers and Thomas just kept telling me ‘be patient, be patient’ so I was just waiting and it all worked out in the end.”

“There were big sprinters in the group so for Joelle I think it is an unbelievable day. The team has another podium in a WorldTour race so it’s impressive. It shows the consistency in the team and works together as a unit,” Team Manager, Thomas Campana said.

“The peloton started attacking on the third last lap and broke up the race. There were a lot of crosswinds and the race broke up quickly. The other teams had two or three riders in the move so we had to be conservative and play poker. It was a gamble and a waiting game but Joelle was always in the right moves,” Campana added. 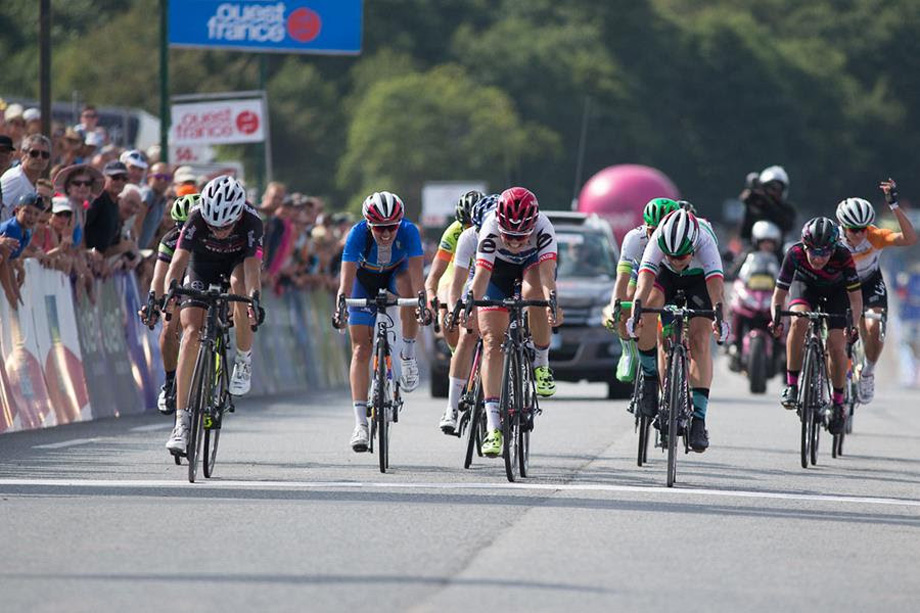