Race Report: Jelle Wallays (Lotto Soudal) won Paris-Tours with a great solo ride. The Belgian attacked more than forty kilometres from the finish to take the lead from Søren Kragh Andersen (Sunweb), who punctured on an unpaved section. Wallays held his ground to win in Tours for the second time in his career. Niki Terpstra (Total Direct Energie) and Oliver Naesen (AG2R-La Mondiale) finished second and third just behind Wallays. 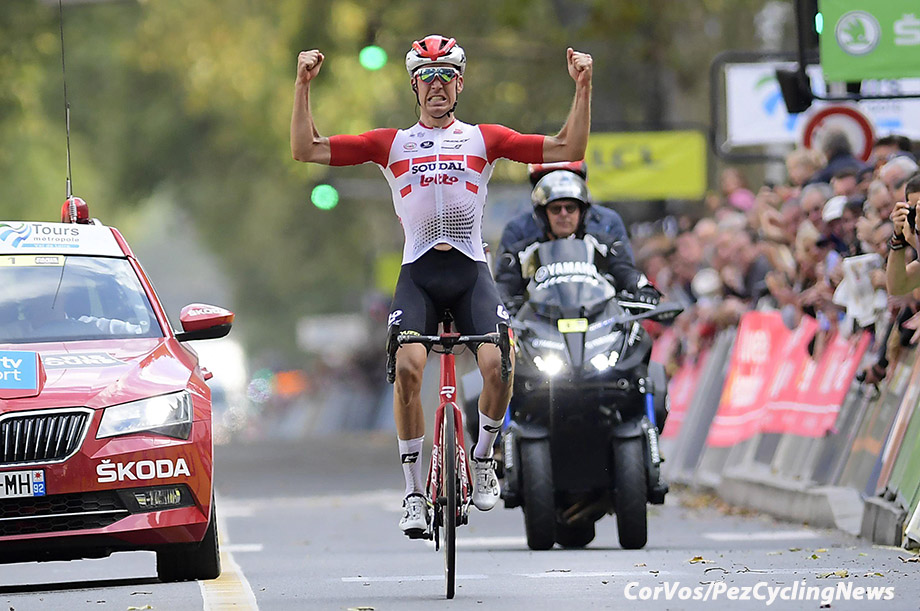 Paris-Tours – Chartres to Tours – 216.5 Kilometres
Paris–Tours has ended in a bunch sprint 12 times since the finish line was moved to the Avenue de Grammont in 1988. In other words, short – or long-range solo attacks and small group sprints have carried the day almost two thirds of the time. While the addition of vineyards to the course in 2018 ripped the peloton apart, the sporting manager of the race, Cédric Coutouly, thinks that the selection could be less abrupt this time round. “As well as shortening those sectors a bit, we increased the distance between the two that did the most damage last year. We have also thrown in a 10-kilometre breather that will make it easier for groups to reform. I have an inkling that the decisive selection will come later. On the other hand, team tactics will be less important than usual because almost every vineyard track comes right after a climb, when everyone will be going into the red anyway. As a result, only the tough guys will be a factor. However, having a teammate in the finale can still come in handy from a strategic point of view, for example, in the event of a small group finish.” 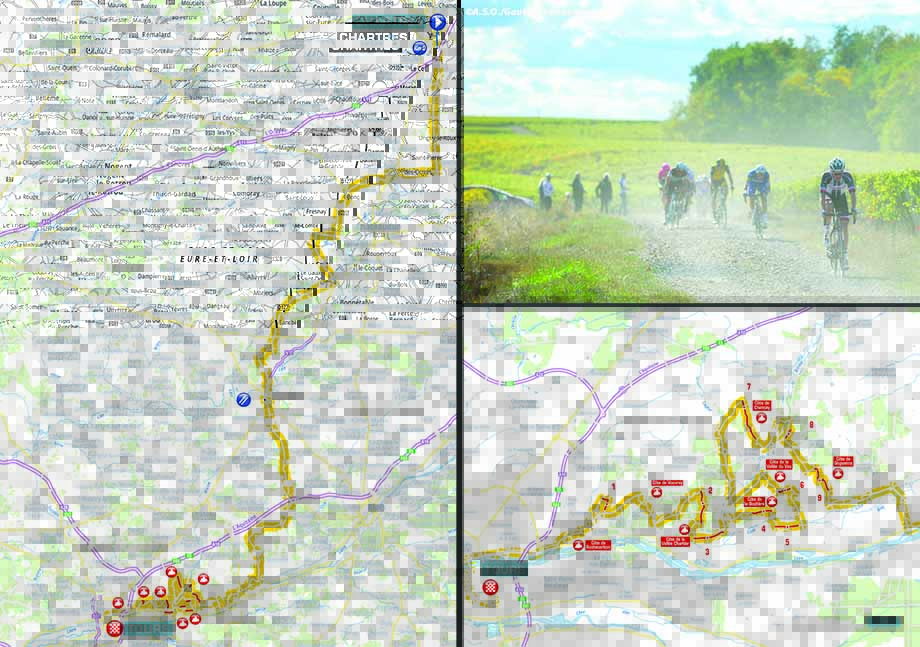 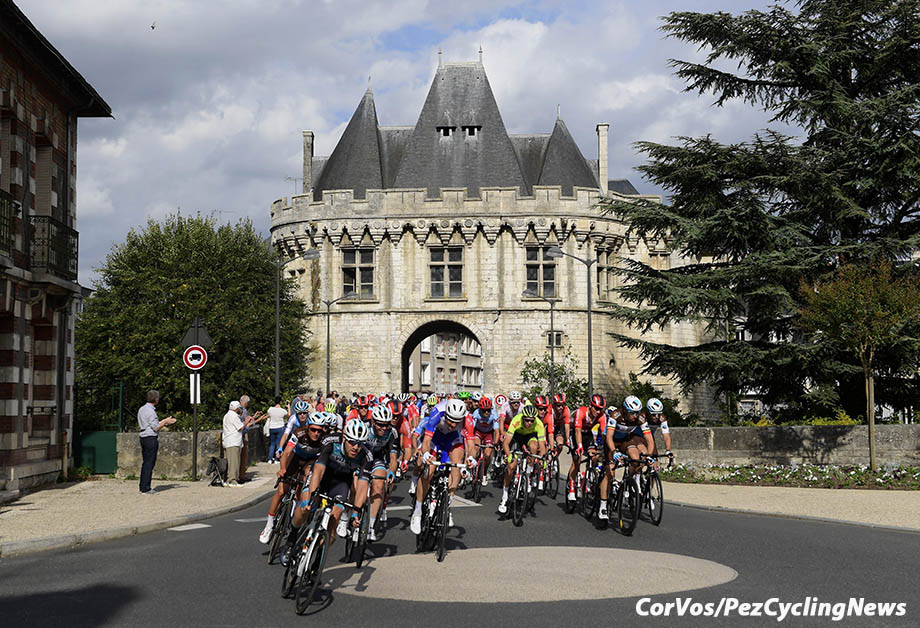 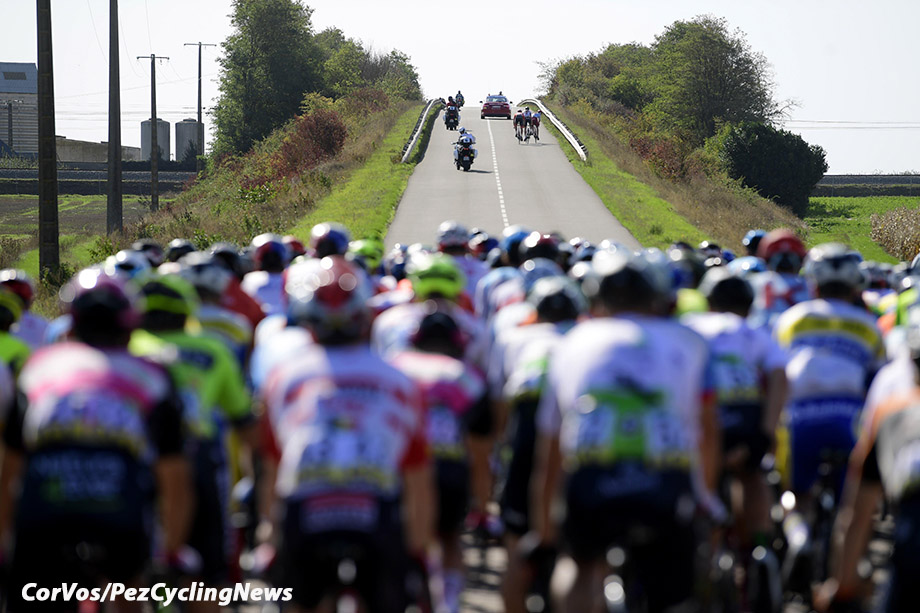 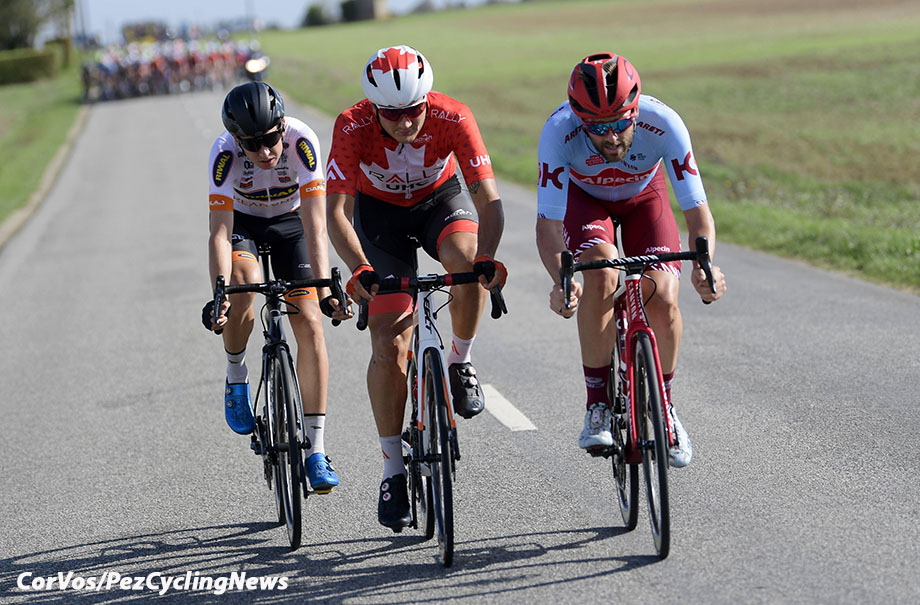 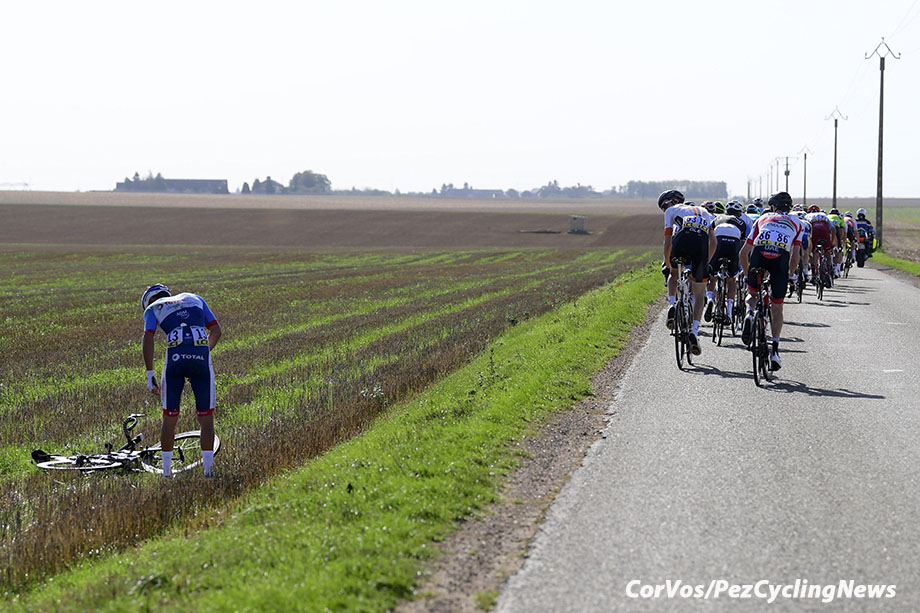 The strong crosswind caused a serious split, and around 50 riders were left up front as the break was caught. Niki Terpstra, Oliver Naesen, Arnaud Démare and Bryan Coquard, and others made the front group. Two other groups followed at more than half a minute. 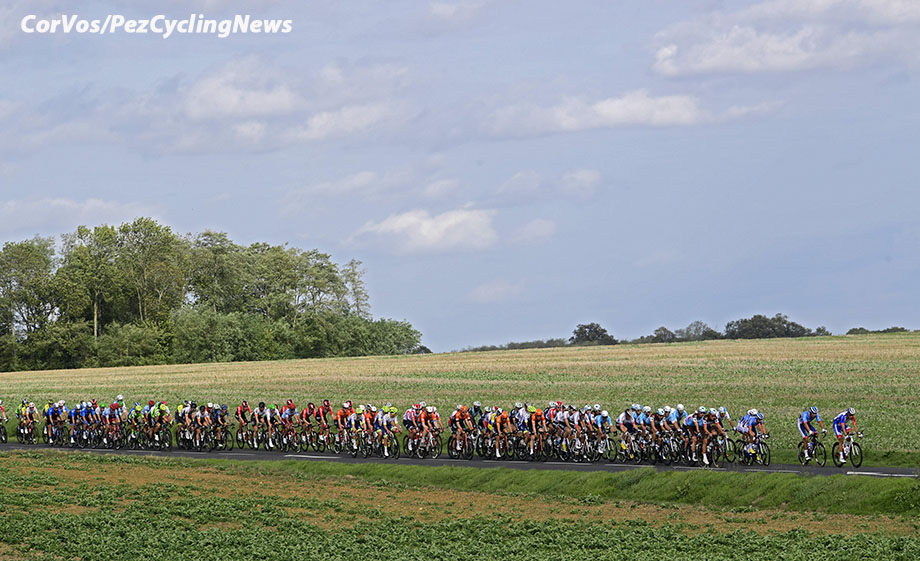 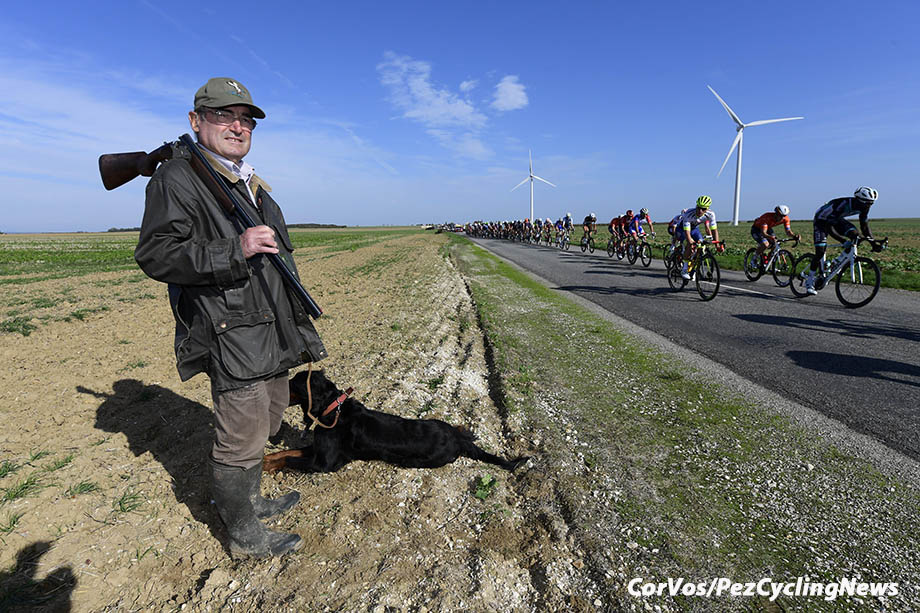 The last winner on the attack
Søren Kragh Andersen, last year’s winner, decided to attack from the front pack 70 kilometres from the finish. The Dane from Sunweb had Boy van Poppel (Roompot-Charles) with him. Together they rode almost 50 seconds away from the peloton, where an amalgamation took place between the big teams. 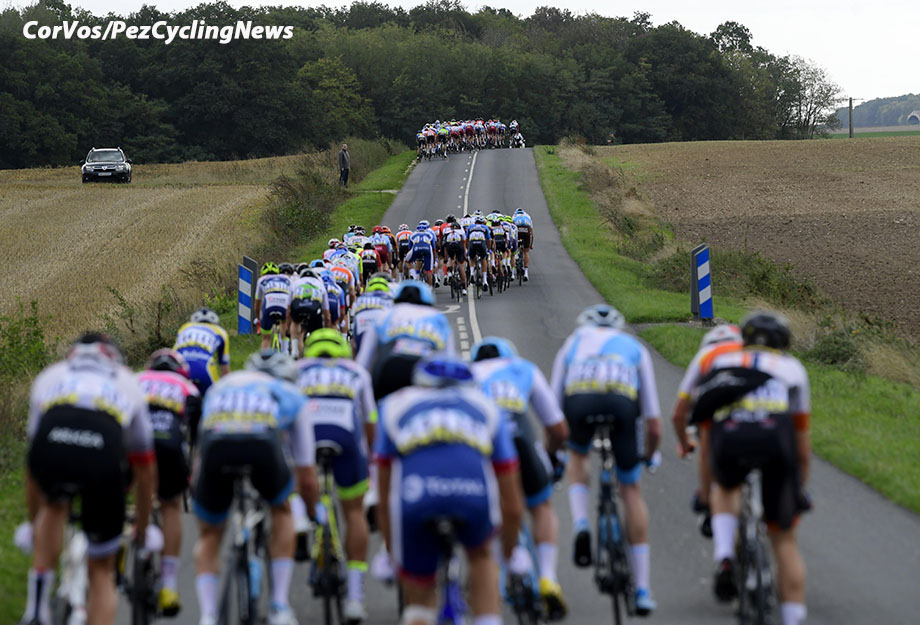 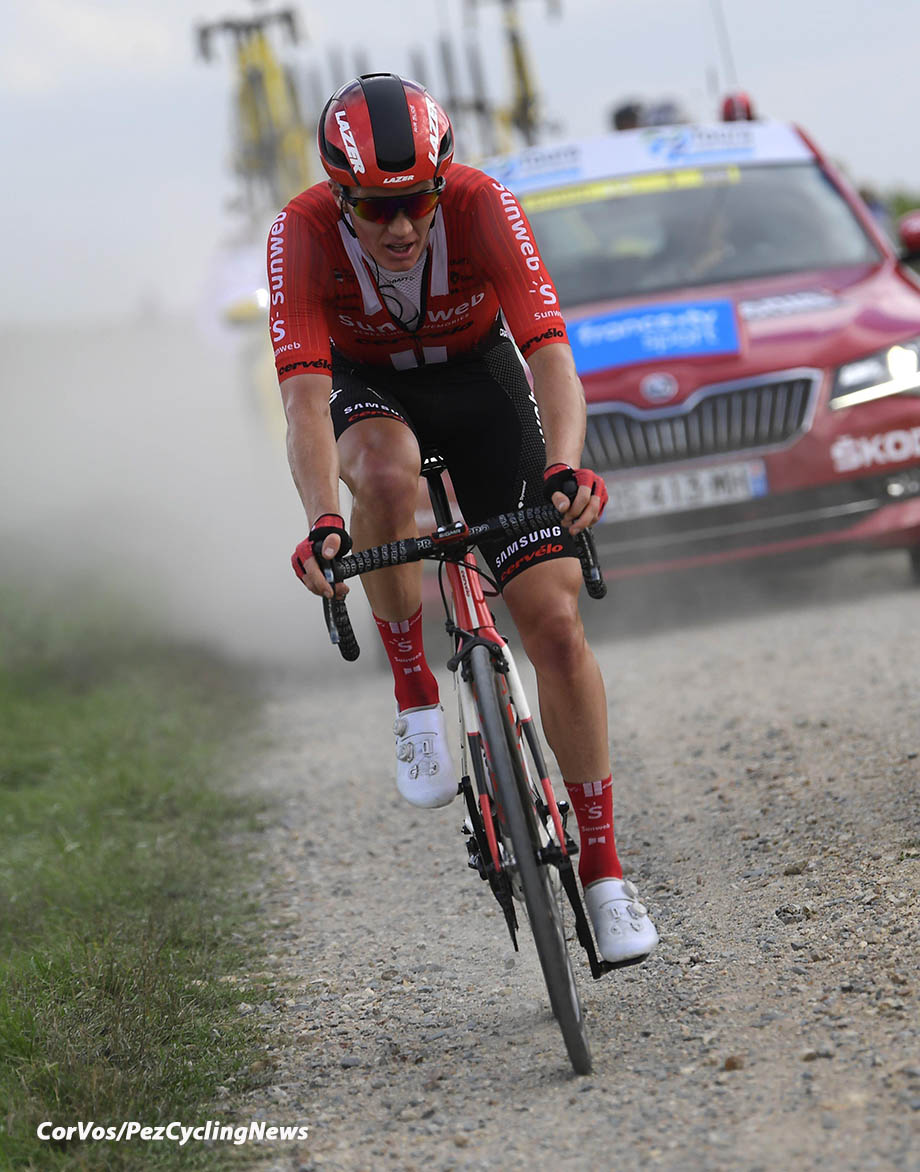 Kragh Andersen shook off Van Poppel on the Côte Goguenne, an unpaved climb of one and a half kilometres. This was also the start of a 50 kilometre-long finalé full of gravel sections and hills. Jelle Wallays knew that, and so counter-attacked solo. The Belgian went with over 40 kilometres from the finish. Kragh Andersen had a flat tire on an unpaved stretch and was passed by the Belgian. There was also a puncture for Terpstra. 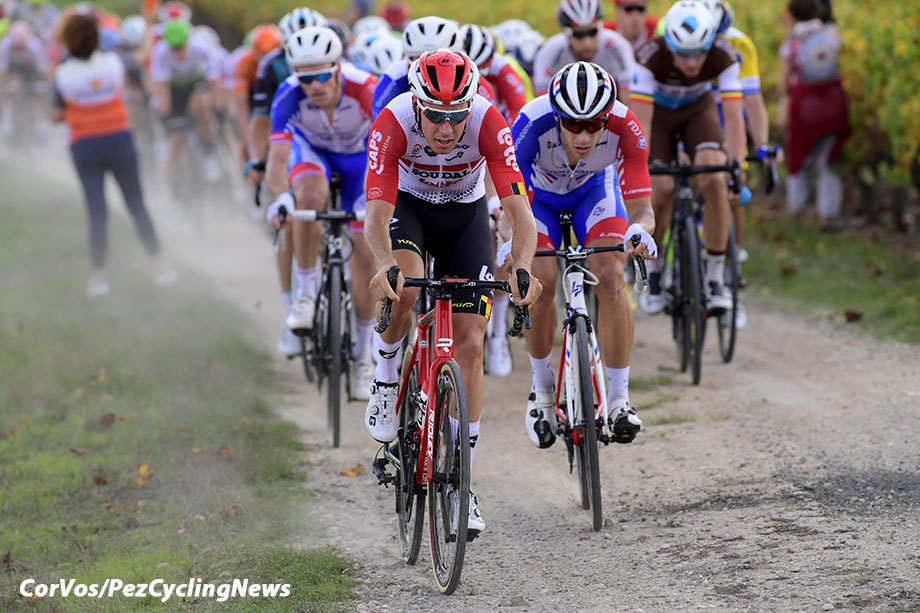 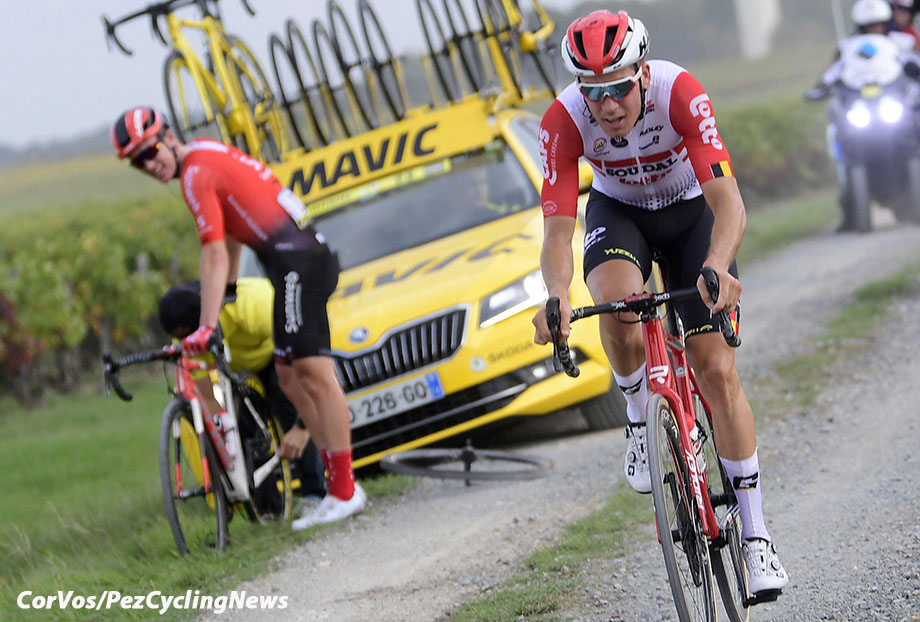 Wallays holds out
Wallays managed to extend his lead of half a minute on a considerably thinned peloton to one and a half minutes. Oliver Naesen used the rough sections to counter-attack, but he did not get much closer to the front rider. The Naesen group followed at 1:25 with 25 kilometres to go, while counter-attacks were covered by Wallays’ teammate Nikolas Maes. 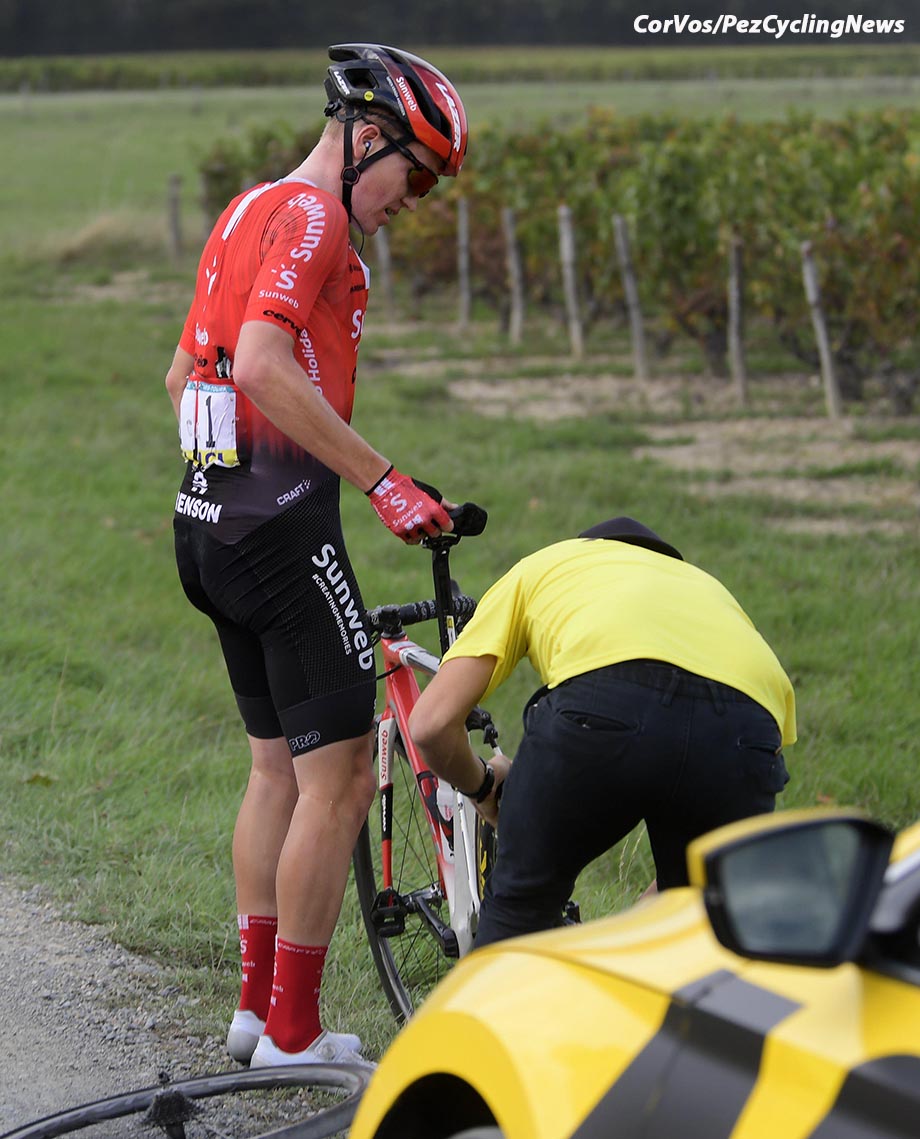 Wallays survived the last unpaved stretch of Rochecorbon and started the last 10 kilometres to Tours with more than a minute. Behind; Terpstra and Naesen appeared to still have some strength, but they would be competing for the other two podium places behind Wallays. The Belgian came in solo and had plenty of time to celebrate the victory. Terpstra took second place as Naesen didn’t contest the sprint. 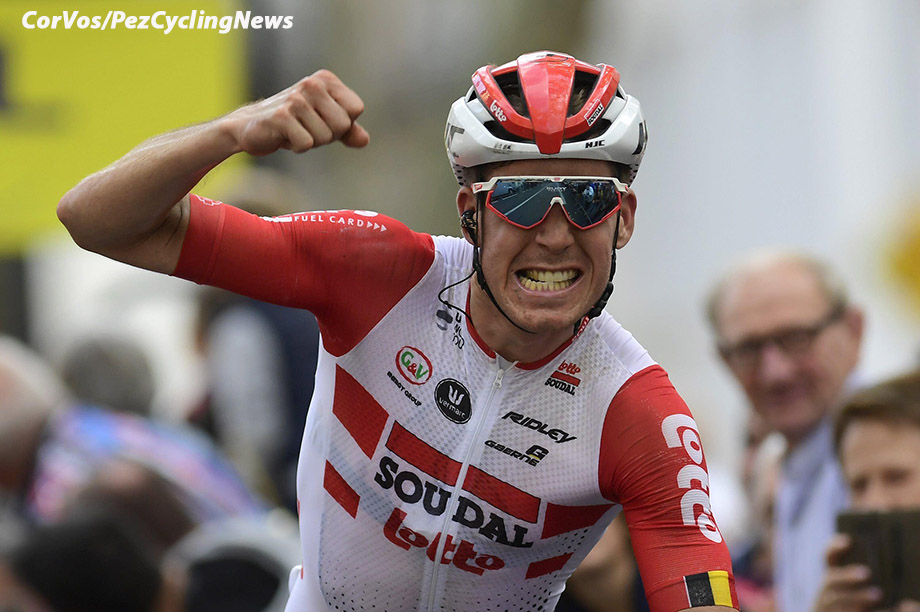 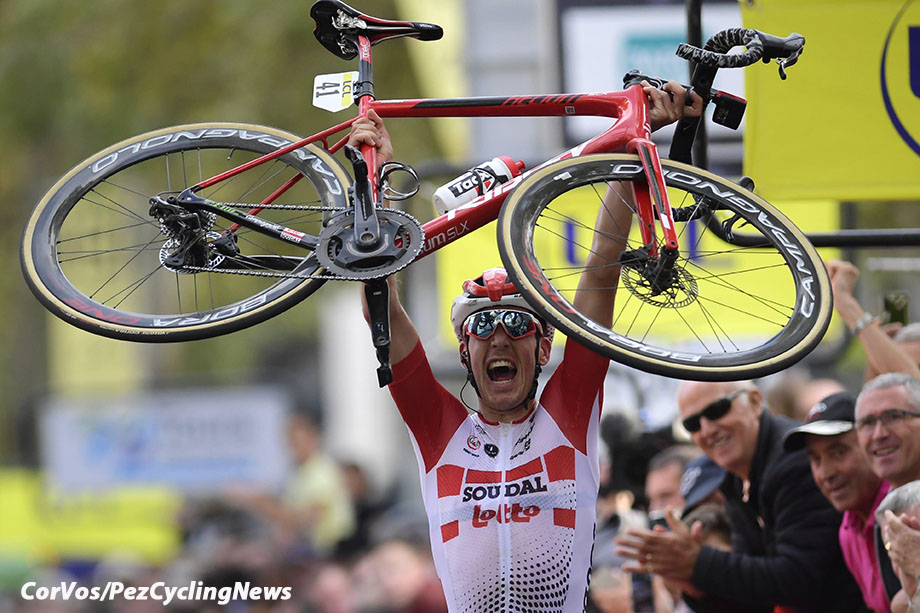