Gabrielle Pilote-Fortin earned her first victory of the season after winning Grand Prix Oberbaselbiet on Sunday. Nicole Hanselmann sprinted to second to make it an even more successful day. The race was in its 12th edition and the team successfully defended its title after winning in 2015.

The race took place on a 7.9km circuit. With two laps to go, Pilote-Fortin made her move and crossed the line solo with a 1 minute 30 second advantage.

“The course was super technical,” the Canadian said. “Nicole and my plan was to try to win everything we can. We went for the KOM’s and the race victory. Nicole won the first KOM and I led her out for the second one and she got that one too. That put a lot of pressure on the race and it got the group down to just five riders.”

Pilote-Fortin continued: “No one was trying anything and Nicole and I tried taking turns attacking. On the climb we tried but that wasn’t the best idea because they knew it was going to happen and they were ready for it. Just after we passed two laps to go, Nicole attacked on the descent. She got a good gap so that forced the others to chase. When they caught Nicole, I countered and there was no response. The gap just kept increasing because they were looking at each other in the back so I was on my own for two laps. I’m so happy with this victory. I’ve been working really hard preparing for the second part of the season and everything is coming together. I’m very happy in my life and just feel great right now and that shows in the riding.” 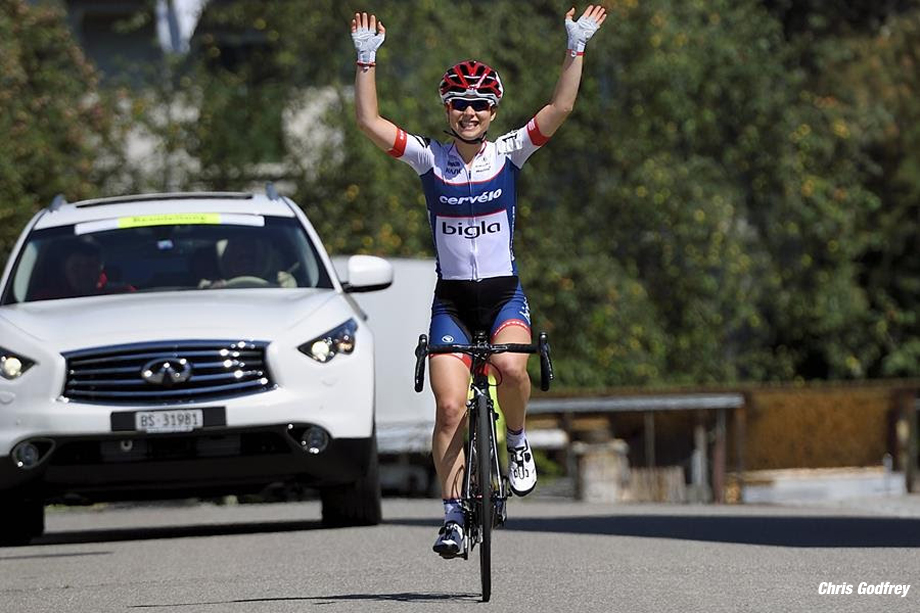