Today’s stage of the tour of Britain ran under typically British skies – clouds, a spot of rain, and even some sun…! PEZ photog Richard O’Brien rode the stage with Alan Peiper in the Davitamon Lotto team car – not too shabby – Here’s a look… 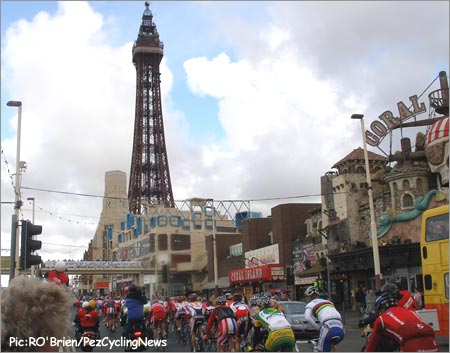 • Anything look familiar? Look again and smell the fish ‘n chips – stage 2 rolls out of Blackpool passing by the famous Blackpool Tower. 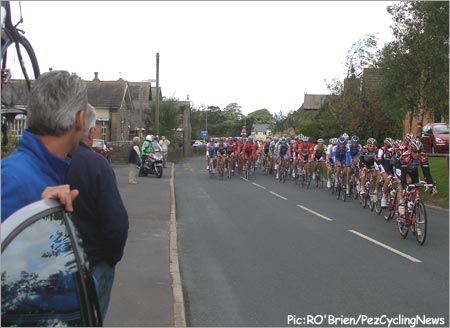 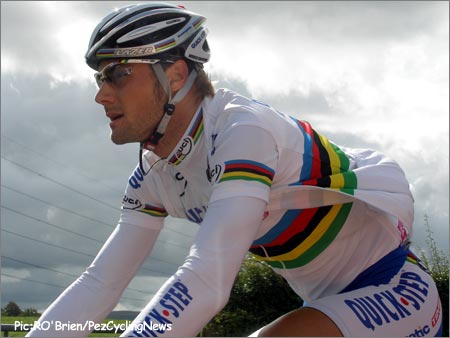 • The World champ on British soil is a big deal… but Tom’s likely used to all the photos by now… He rode comfortably in the peloton during the stage. 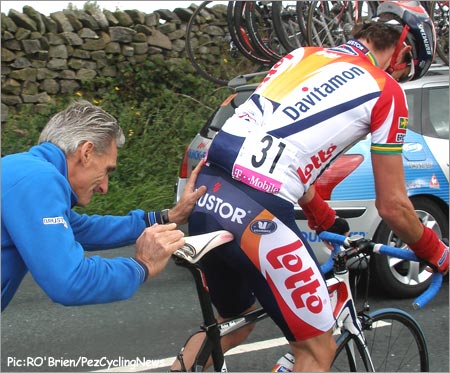 • The Davitamon Lotto team suffered 2 riders puncturing in the space of 1 minute. Alan Peiper pushes Nick Gates back into the race. 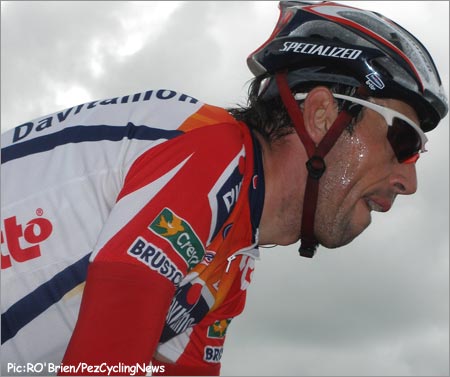 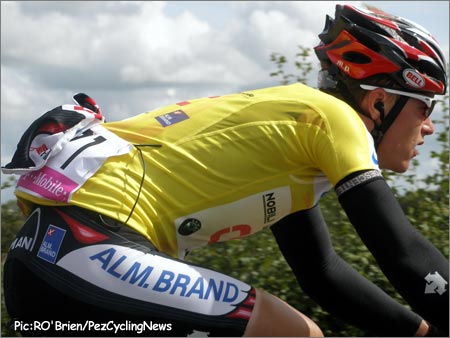 • The yellow jersey of Martin Pedersen stayed near the front of the peloton throughout the stage. However, Matt Goss had picked up time bonuses en-route and had gained the yellow jersey by the end of the stage. 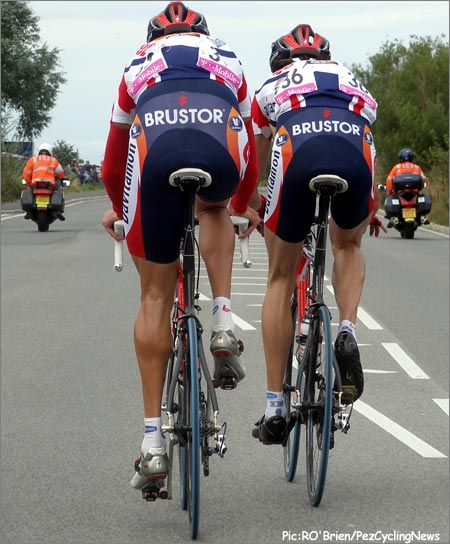 • Team mates Bert Roesems and Johan van Summeren during their last few kilometres at the head of the race. Bert’s efforts paid off with the KoM jersey at stage end. 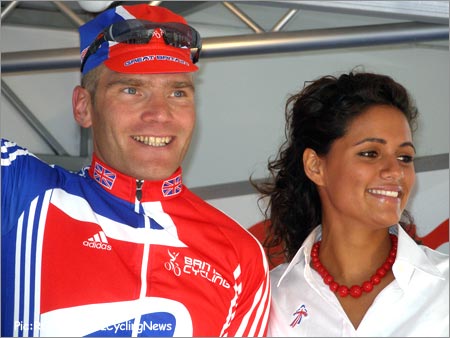 • Stage winner Roger Hammond on the podium at the end of the stage 2. Good on ya mate! (Okay – an Aussie greeting I know, but you get the jist.)