American riders took the first four places in the Dauphinй Libйrй 43km Time Trial in Bourg-de-Pйage today. David Zabriskie (CSC) led his fellow compatriots home with a time of 52:48:65 finishing well clear of Floyd Landis (PHO) by 53 seconds. Levi Leipheimer (GST) third at +1:17 and George Hincapie (DSC) fourth at +1:35 completed an excellent day for North American riders in what is seen as their final preparation event before the Tour de France next month.

The winner of yesterday’s stage after a long solo effort, Philippe Gilbert (FDJ) retains the leader’s jersey despite losing 2:40 in today’s test against the clock. Zabriskie moves into 2nd spot 2:47 down on general classification before the start of stage 4 which heads into Provence tomorrow with what promises to be a dramatic finish at Le Mont Ventoux. 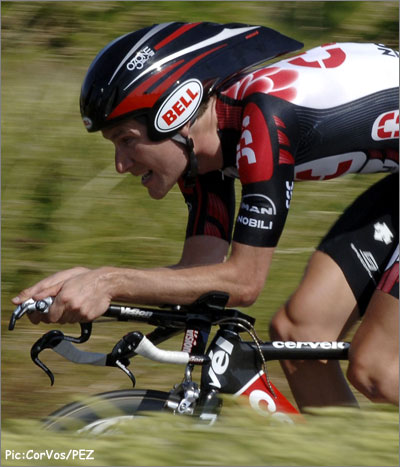 Dave Zabriskie was at it again today – taking significant time out of all comers.

Bourg-en-Pйage lies just below the Vercors massif in the Isиre river valley where in typical fashion the day was hot but with a stiff headwind for riders to face in the closing stages. The 43km course was generally flat but with three short summits the first coming after only 9km in the village of Marches a steep 277m climb. 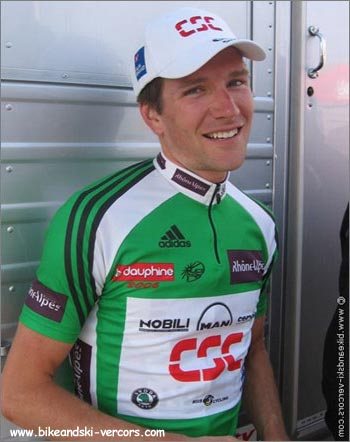 Zabriskie has the Green Jersey for the moment, but has his eyes on Yellow.

While warming up Floyd Landis was confident about his chances and “looking forward to it” and also to what is expected to be a cauldron and a important day on Ventoux. 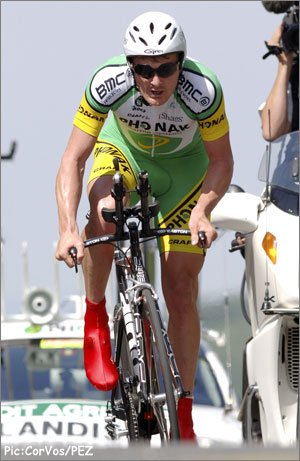 Floyd Landis rode a solid time to take 2nd and now sits 3rd overall – 3:48 behind Gilbert, and about 1 minute behind Dave Z.

British representative Bradley Wiggins (COF) 37th at +3:36 was a little tired after the long 150km transfer from his hotel before the start this morning. He pre-rode the course to loosen up and check his bike gearing keeping with his 54T chain ring. Brads Time trial machine is actually built by UK frame builder ‘Terry Dolan’ (that’s unofficial*) and resprayed in team colours. Dolan frames were also popular with Brad’s fellow British pursuit specialist Chris Boardman. 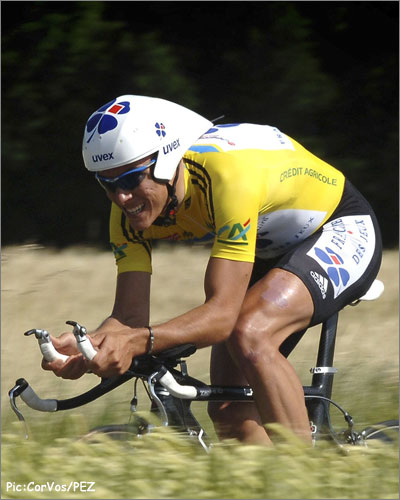 Philippe Gilbert proved for the umpteenth time that the Yellow Jersey gives you wings – riding an excellent TT to finish in the Top 20 – he lost only 2:40 to Zabriskie.

With four Discovery Team riders in the top twelve after today, the race should get all the more interesting as it winds up into the Alps, crossing some of the major cols to be covered in this year’s Tour de France in July. Especially as in the words of one rider “Hincapie is going to nail it…” 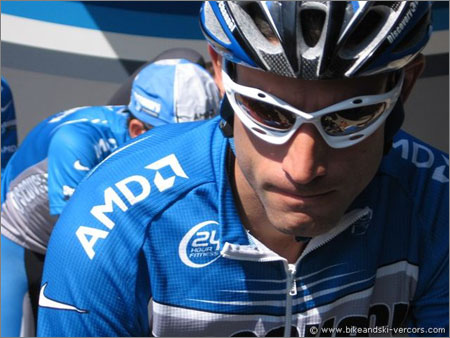 George Hincapie rode a good TT to take 4th and sits 5th overall – prime position for a chance to show himself in the mountains.