Just as Milan-San Remo provides a glorious opening to Italy’s pro cycling season in spring, the Giro dell’Emilia and Giro di Lombardia serve as bitter sweet season finales, the last chances for some riders to redeem an unsuccessful campaign, or for others to apply their permanent stamp of authority before the long winter begins. PEZ’s Alessandro Federico presents his usual atmospheric, impressionistic preview of the upcoming fall classics.

The sun is still high on the beach, but I know that in few days the cold winds of winter will knock on the door of my house on the Adriatic.

It’s the time for two of the most beautiful races in the Italian classics calendar: Giro dell’Emilia and the well-known Giro di Lombardia. The atmosphere during these events is really special. The riders come to these races at the end of a long season and in the morning, at the departure village, they look like students on the last day of school. The Grand Tours have gone, the Worlds have gone and most of the riders are planning their vacations. 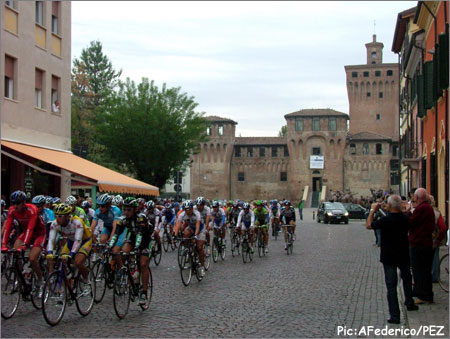 After the Giro di Lombardia finish, you have to be very quick to catch a comment from the riders, because they will try to disappear as fast as possible.

These races are not for everybody, of course. In fact, for a few riders these are the last chance of the season and it’s easy to read inside their eyes that it will not be an easy day.

The air is special coming from the countryside. The people are preparing their homes for the winter. The smell of smoke is everywhere. The sun is low in the sky. 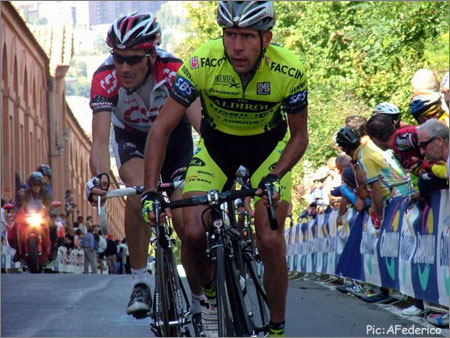 Bologna is the city of the good food and of the beauties (we are talking about distractions, of course). It is the city of the special Italian “pasta” such as Lasagna and Tagliatelle. Have you ever heard about Lasagna Bolognese? Some people think that this gorgeous food helps the women of this city to grow their beauty and to maintain it. 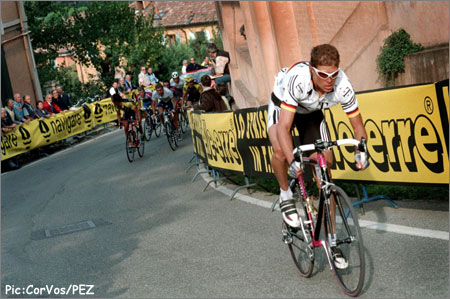 Bologna is also the city of one of the oldest universities in Europe; in fact, the oldest in Italy. Therefore, a lot of young people live in this city, coming from the north and the south of the country. During Saturday afternoon, many of them come to the small downtown roads under the arches of the ancient buildings and live their time together walking around through the markets and the big squares. 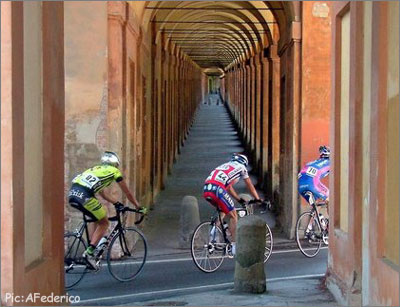 Similar arches cross the small road to the San Luca church, located on the top of the hill where the Giro dell’Emilia finishes. A difficult 2 km climb, with sections over 15%, characterizes the final part of the race. Each passage is followed by hundreds of people under the arches and we can assure that it’s a great show with the riders proceeding at low speed. 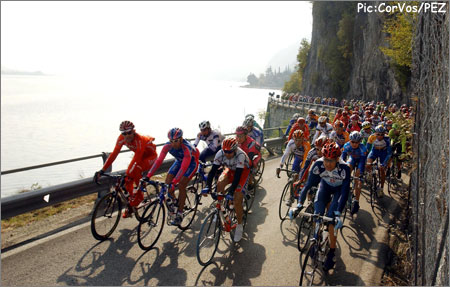 Como is the city of the lake. In October, the air around the lake is still warm and the evenings are sweet. All around, the high mountains are waiting for the first snow. Lake Como is very narrow and it’s possible from every place see to the other side. These are the places so well described by the famous Italian writer Manzoni, who wrote: “That branch of lake Como, which extends toward the south between two unbroken chains of mountains, all bays and inlets…” 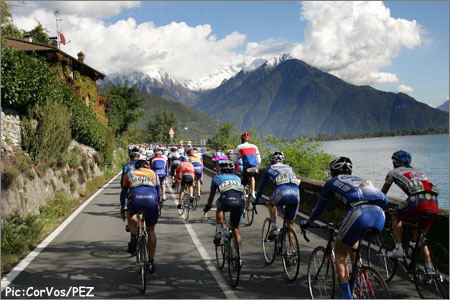 The Giro di Lombardia route circles the lake and it’s something breathtaking to follow the race on a warm day in October, jumping from one side to the other. The “must see” is the Ghisallo climb, which is located 50 km from the finish in Como. Since it’s the race’s introduction, this climb has been part of the route and today dominates the race itself. 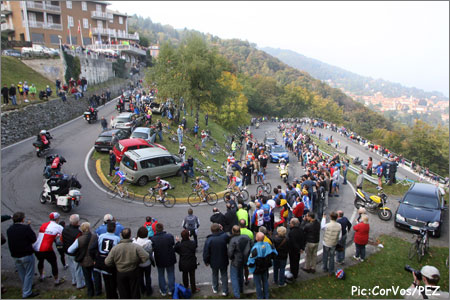 The Giro di Lombardia is the race of the dead leaves, in the season we call “the summer of the deaths”; it is the last day of the season before the long cold of the winter. The name of the winner will circulate for the whole winter, and that’s why it’s so important to win in Como. Like San Remo, for the Italians it’s a special race and represents something more than a race.

We will be there again. We will try to explain what is special. We will try to keep you there under the arches leading to the San Luca church and on Lake Como, finding its inlets to steal the last warm rays of the season. At last we will be there to forget our summer and to face another winter … again. Again, at last, the winter time