35-year-old Frederic Guesdon took a hugely popular French victory today on the Avenue de Grammont, after an incredibly aggressive day of racing that saw half the field out of the race before the race had even really hit the business end. Guesdon managed to outlast a strong Kurt-Asle Arvesen for his biggest win by far since his astounding victory at Paris-Roubaix 9 years ago. 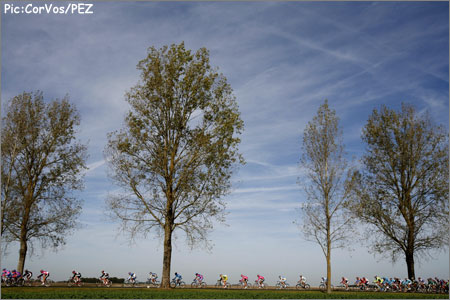 The racing was hot from the start today – 46 kilometers were covered in the first hour, 49 in the second. It didn’t hurt that the race was run with a nice tailwind though.

28 riders formed the early break today, and later another 40 would split off under the impetus of Discovery, leaving over 100 riders SOL on the day, including Tom Boonen and defending champ Erik Zabel. The 40-man ‘chase’ group spent most of the day chasing down the early break, and they never did catch two daring souls: Guesdon and Arvesen. 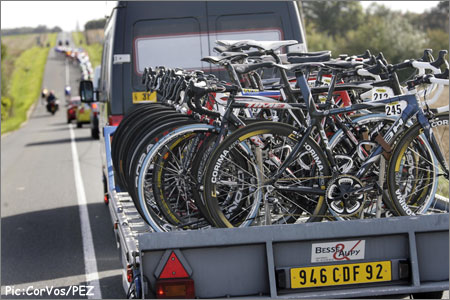 The effects of a hard race are usually very obvious when you look at the broom wagon’s contents. 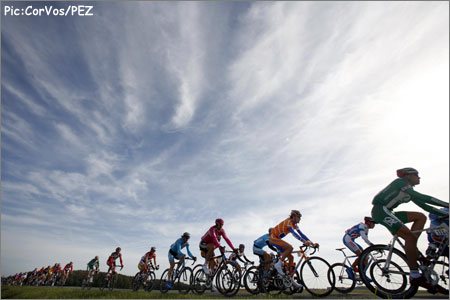 At least no one could complain about horrific weather…more like terrific. Perhaps the perfect fall weather got everybody’s blood racin early. 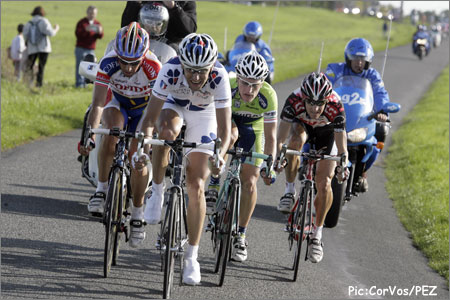 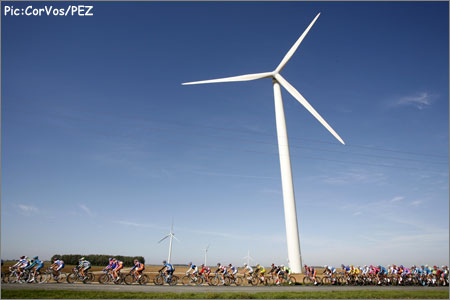 The wind played a huge role in today’s race. Then again, how else do you explain a race where carnage was the rule and the road barely ever tilted upwards for more than half a minute at a time? 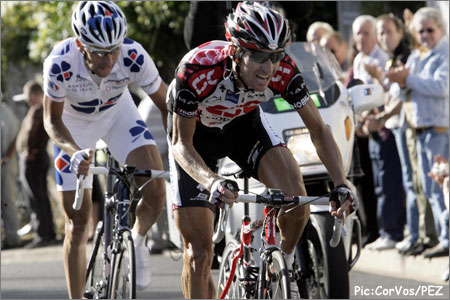 As the larger 40-man group was about to catch the early break in the waning moments of the race, evergreen Frederic Guesdon set off all by his lonesome. He was eventually joined by CSC’s Kurt-Asle Arvesen, and that was that. 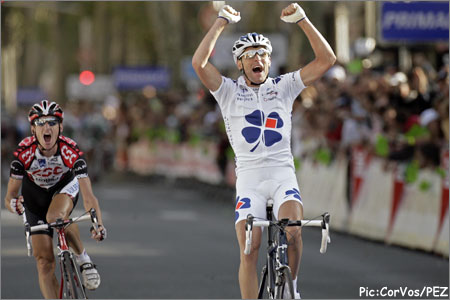 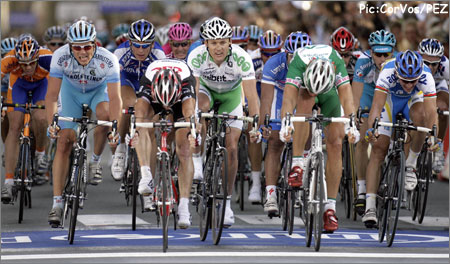 Things went better for CSC 11 seconds later as the ‘field’ rolled in for the sprint for 3rd – which Stuart O’Grady made his own. 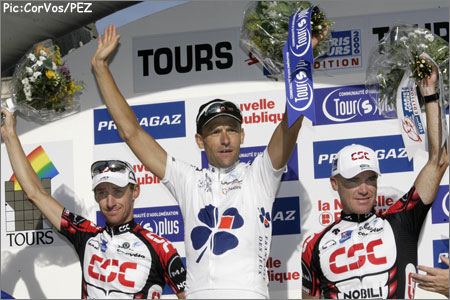 CSC formed the wings of the podium, and a proud Frenchman, Guesdon, crowned it.