It almost seems commonplace now, the World Time Trial Championship, but it was only a little over a decade ago when the first Worlds TT took place with a certain Boardman coming out on top. PEZ’s Ed Hood is in Salburg and takes a look at the brief history of the Worlds Chrono and previews what’s coming tomorrow.

The world elite time trial championship is a late-comer to the party with the first edition held as recently as 1994 when ‘Mister Meticulous’, Chris Boardman beat Italian Andreas Chiurato and a young German guy called Ullrich. Boardman also took silver in ’96 and bronze in ’97 & ’99. 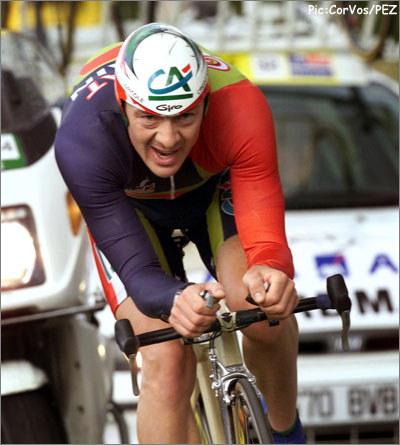 The man himself, Chris Boardman.

In 1995 it was a Basque one-two, with ‘Big Mig’ getting the drop on his doppelganger, Abraham Olano. It was Alex Zulle of Switzerland (yeah, and Festina) who pushed Boardman into the runner-up slot in ’96.

San Sebastian in ’97 was a surprise with Laurent (Ja-ja) Jalabert getting the better of a certain Sergei Gonchar and Boardman. Ja-ja may be a radio pundit now but the man from the Ukraine is still rollling that 56 x 11 and is one of the favourites for this year. 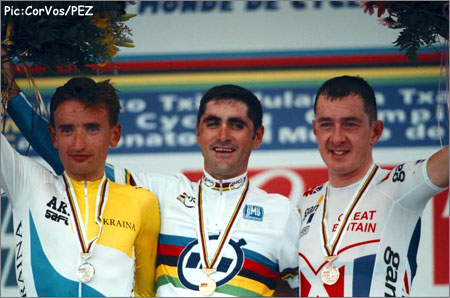 Olano took the rainbow stripes in ’98 from 1991 Vuelta winner, Melchor Mauri of Spain and that man Gonchar took bronze. Jan Ullrich pulled-off one of his late season salvage jobs in ’99 from unheralded Michael Andersson of Sweden and a past-his-best Boardman. 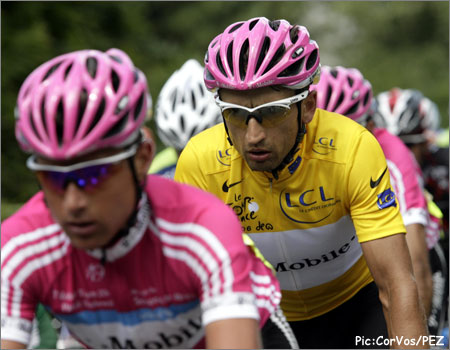 Talk about a career renaissance. Sergei Gonchar has had a banner season that almost puts his World TT Championship on the backburner as a career highlight.

Gonchar made the title his in 2000 from bear-ish German Michael Rich who took the first of his three silvers in the discipline. In third was a man who may not be far away in Salzburg – Hungarian Laszlo Bodrogo who looked very good in the last time rest in this years Vuelta. 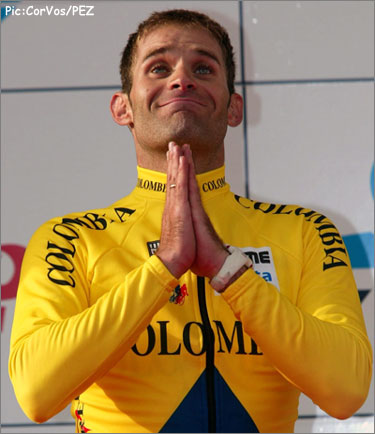 Won’t be seeing any Botero this year – his career could well be over.

Ullrich was back in 2001, trying and succeding in making sure his salary wasn’t chopped with a narrow win over Scotsman, David Millar.

The most least-stylish ‘chrono-man’ ever, Santiago Botero of Colombia was third but came back in 2002 to make the title his. Rich was second, again. 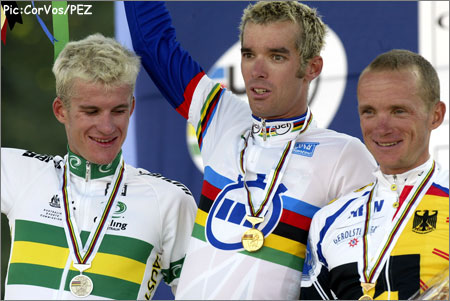 Oooh, an interesting podium to revisit: David Millar ‘won’ the Hamilton Worlds TT with the aid of EPO. At the time it was a great victory, now it’s the definition of all that was wrong and still remains wrong in bike racing. Rogers got his rainbow when Millar was caught.

Aussie, Michael Rogers’ reign as three time champion started in 2003 when Millar was dispossesed of the title he won in Canada, for admitting taking EPO. Second to Rogers that year was Rich’s marginally less bear-like team mate, Uwe Peschel. Rich was second in ’04 with 2006 Vuelta-winner ‘Vino’ third. 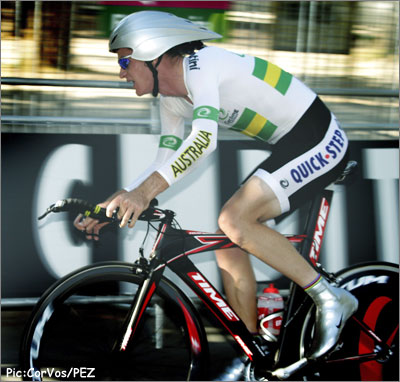 Three time World TT Champ, Michael Rogers, is once again the defending champ, but this year, more than in the last few years, the contenders are numerous and solid.

In 2005, Rogers’ victims were Jose Ivan Gutierrez of Spain with Fabian Cancellara of Switzerland third. Pez-pundit, Magnus Backstedt reckons that Cancellara is the man this year. However, ‘back from the dead’, David Millar may have different ideas whilst Rogers – whose chrono palmares are sketchy apart from the Worlds – is a master at getting it right on the big day. 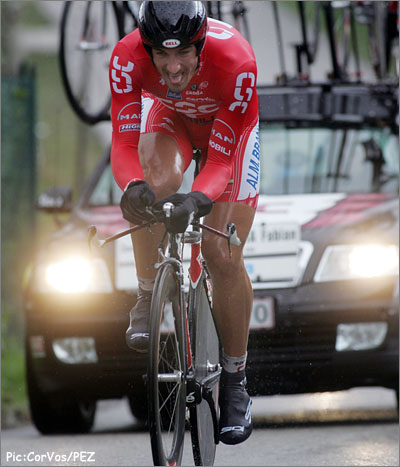 Many are reckoning Swiss Fabian Cancellara as a big favorite – there’s no reason to doubt his chances.

The TT courses for women (26.12 km), U23 (39.54 km) and elites share the same start and finish, but the U23 goes further north out of Salzburg than the girls with the elites taking-in another loop to get the distance up to 50.83 km. It’s not a course Michael Rich would have liked; the profile shows no flat road and there are urban conditions early and late in the day – always fun if it rains.

– And keep it tuned to PEZ for more action from Austria. 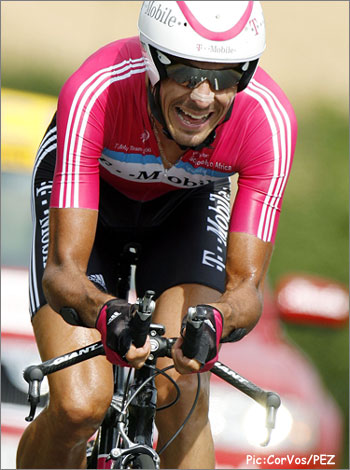 Don’t forget about Kloeden either – he’s in Salzburg SOLELY for the time trial.