The final day of the 2007 Tour de Georgia came down to the assured field sprint. This time it was JJ Haedo who got the measure of Fast Freddie, who had nipped him on the line a day earlier. The racing was once again hot – with Cesar Grajales and Kirk O’Bee doin’ double-time to try and stay away. For the final day, PEZ serves up a photo essay… 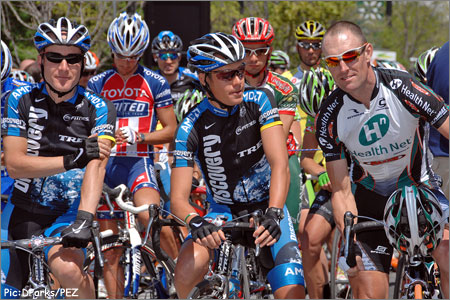 The top three woulda shoulda coulda’s from the 2007 Tour of Georgia: Levi Leipheimer ‘would’ have won in dominating fashion, followed by Tom Danielson, and most impressively: Nathan O’Neill in third. Of course, there’s a reason why races are raced, so the what if’s don’t help too terribly much. Discovery can leave pretty happily though: Overall GC, Team GC, Best Young Rider, 2 Stage Wins, etc etc. 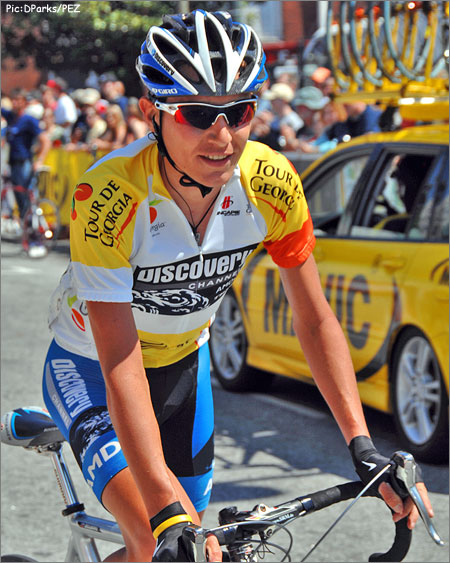 Brajkovic was cool as ever at the start of the final stage. 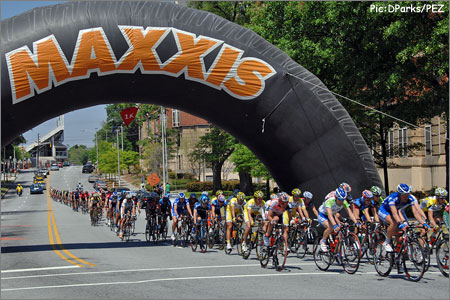 The 1k to go banner provided by… 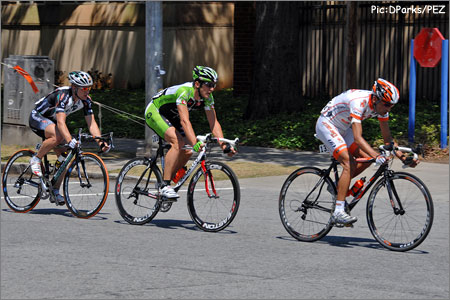 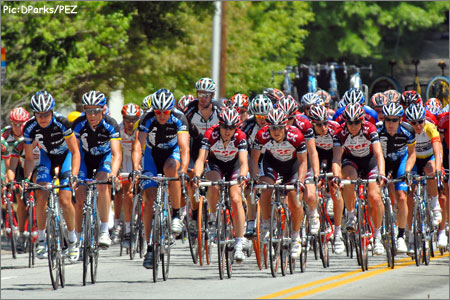 Discovery and CSC had the field under control early on. 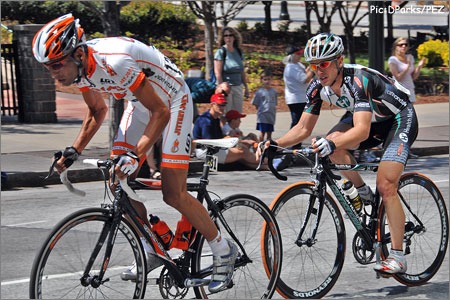 BJM would later leave the break due to a flat, but the two others continued on. 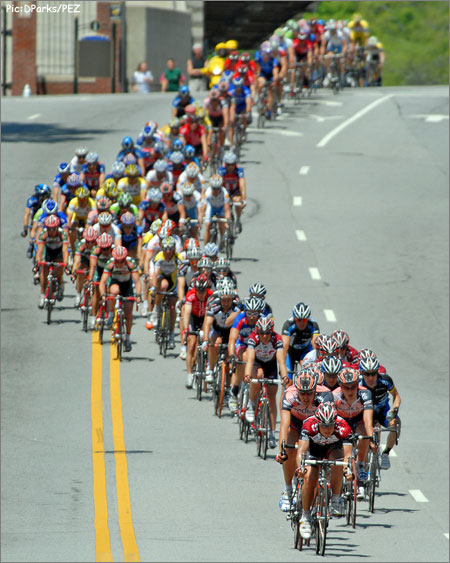 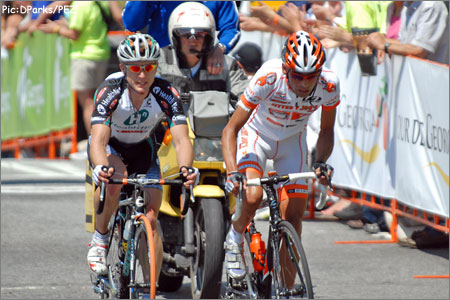 Cesar and O’Bee rode like hell to stay away. 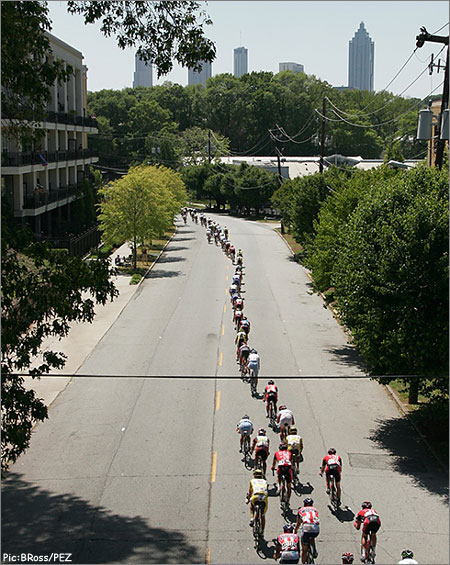 The roads of the downtown ATL area might be a bit pot-holed and crappy, but still…it was a cool circuit. 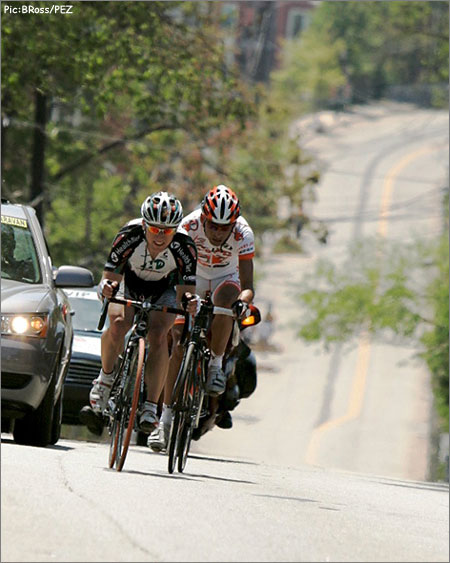 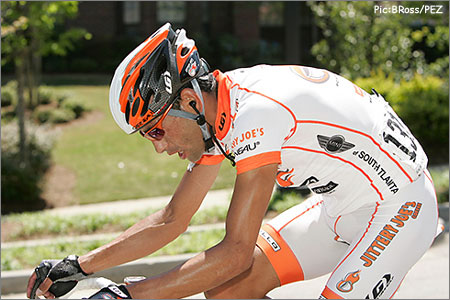 Cesar Grajales looked to be a good candidate for a top 10 and a possible top 5 a few weeks ago back at Redlands. He was 3rd in the Prologue and was riding crazy strong…then he touched some pavement, and got banged up hardcore. He barely managed to start the race, and rode the whole thing with a separated shoulder. That’s just tuff, and I mean tuff with two f’s. 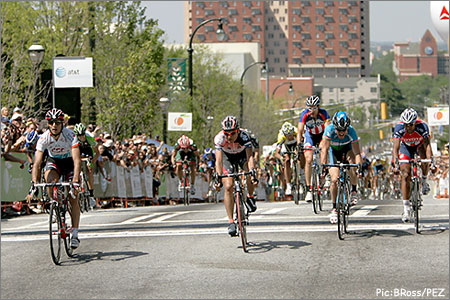 JJ Haedo got the measure of Fast Freddie this time. 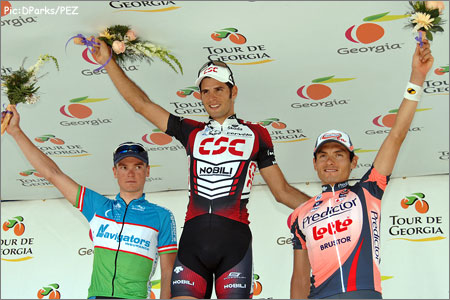 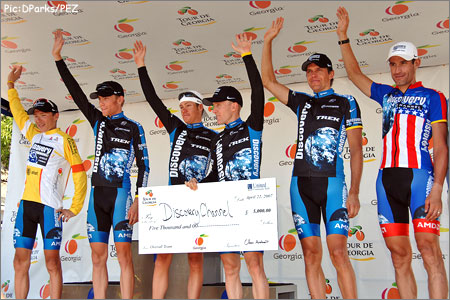 Whoda thunk it, Disco got the team prize. 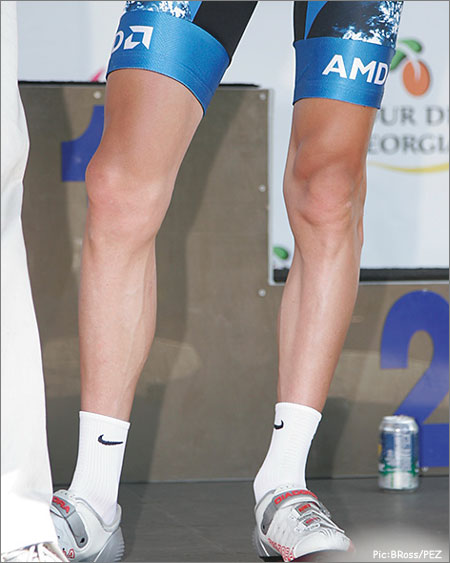 The tiniest legs you ever did see…courtesy of Janez Brajkovic. 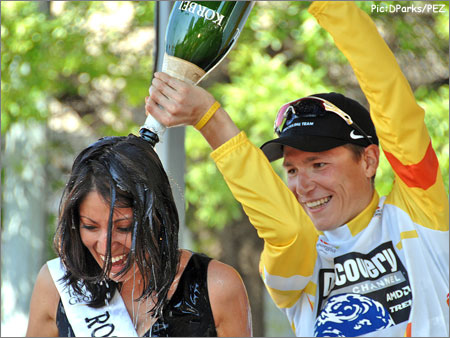 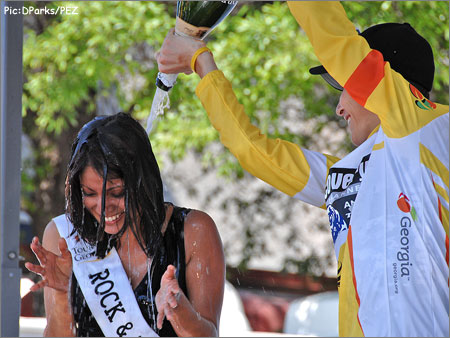 Bet she didn’t see that coming. 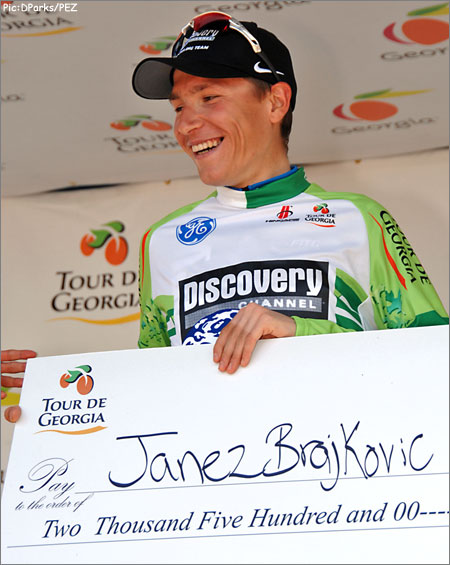 Janez Brajkovic was also the best young rider by a country mile. 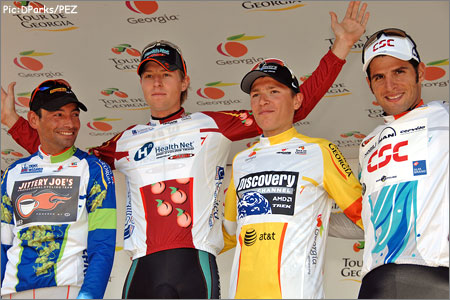 The final jerseys on the final podium. 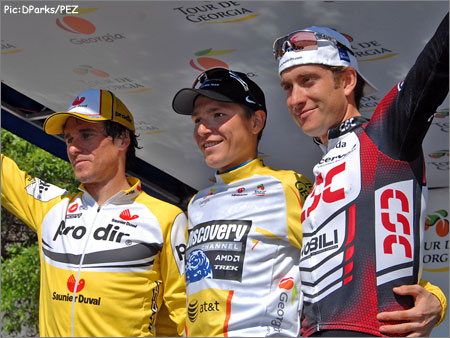 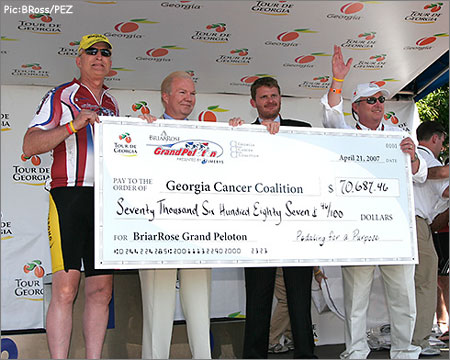 Thanks to Darrell Parks and Ben Ross for the pictures!