“Mondialisation”, isn’t it great? We’ve spooked the ‘roos down in Oz; raced the camels across the desert; scattered the parrots in the rain forest and even searched for Jack Kerouac’s ghost on Big Sur. But now it’s time to come home, to Flanders and Het Volk. It’s no super-imposed marketing exercise here, it’s in the blood, in the soil.

Be sure to catch the action live this weekend on Cycling.TV

Call it, “Gent-Gent” if you want to sound like a real afficianado. First held in 1945, the 2007 edition – if it doesn’t succumb to snow like it did in 1986 and 2004 – will be number 60 (speaking of weather: the forecast for the weekend looks wet – 8-9 Celsius and 80% chance of rain on Saturday). At around 200 kilometres it’s an hour shorter than a “full” classic but includes many of the same climbs as the Tour of Flanders. Barry Hoban always says that it’s that extra hour that separates the men from the boys, though.

But make no mistake; Het Volk is to the Belgians as Milan – San Remo is to the Italians – everyone wants to win. The stats tell the story; of 59 editions so far, Belgians have won 52. Next most successful is Holland with three wins then Italy with two. 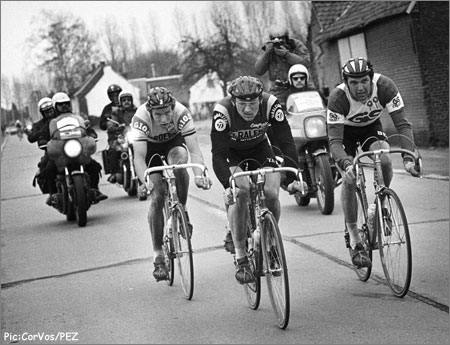 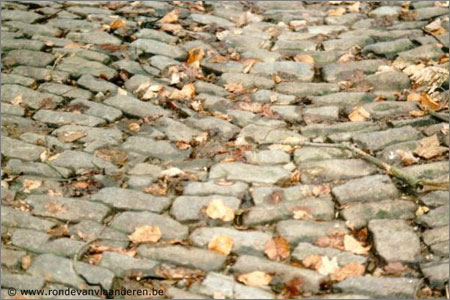 All the Belgian “greats” have won; Van Springel, De Vlaeminck, Verbeeck, Merckx, Eddy Planckaert, De Wolf, Maertens, and Museeuw amongst them. Roger De Vlaeminck’s 1969 win is noteworthy in that it was his first pro race, just six days before he had lost his world amateur cyclo-cross crown. 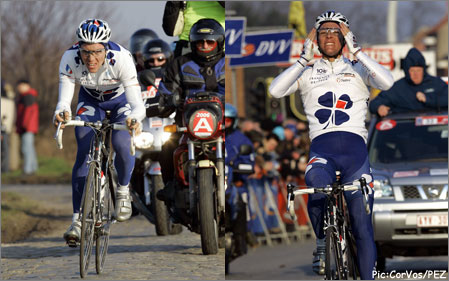 Gilbert was a class unto himself in last year’s race.

The last two editions have seen the “new-wave” of young Belgians come to the fore – in 2005 Nick Nuyens took the honours and last year it was the slim Walloon, Philippe Gilbert who took another step on the road to stardom. Elliot’s wonderful win apart, it’s not a race that favours the “Anglos”. Hard-man, Sean Kelly made the podium three times; second behind Etienne De Wilde in 1989 was as high as he got with third places in 1980 and 1982. 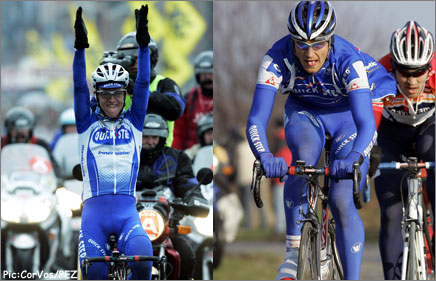 Two big name riders left Quick.Step over the winter and could well be looking at the win this weekend – Nick Nuyens (winner in 2005 – now Cofidis) and Filippo Pozzato (Liquigas).

That 1982 podium was an interesting one, Classy Belgian, Alfons De Wolf – a man who unfortunately for his sponsors liked cars and girls more than bikes – took the first of two consecutive wins with Kelly third and England’s Graham Jones stealing second place. Jones was a great talent – his career path would be different now – but his French Peogeot team raced him to death, it was like that back then. 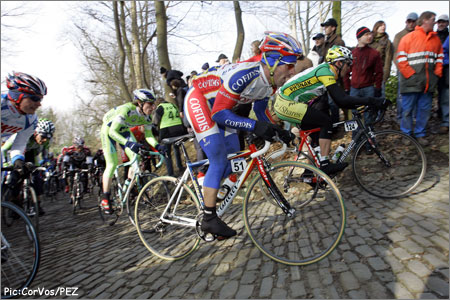 PEZ Tips For The Weekend
It’s difficult to see it being anyone but a Belgian. Nuyens has already been flexing his muscles on the Riviera, but are Cofidis strong-enough to give him the support he’ll need? Whilst the race may not be top of Boonen’s “wish-list” he’ll still be keen to win – a victory here generates huge publicity and is great for morale – plus, Boonen has never won it, one of the very few Classics that he hasn’t swiped. 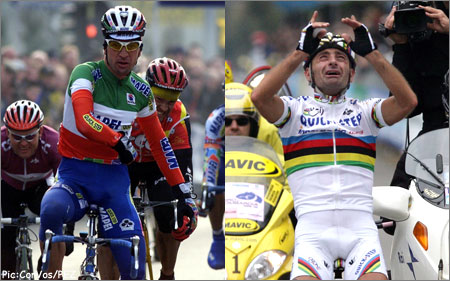 Paolo Bettini has won almost everything and then some that his former mentor and friend, Michele Bartoli did – the only missing races? The big Belgian races – Het Volk and De Ronde to be exact.

Boonen’s team-mate and reigning world champion, Paolo Bettini has been third here before remember; 2003 behind team-mate Museeuw and he’s already winning in 2007. Their manager, Patrick Lefevre is the master tactician; big home-wins are always good for those champagne-guzzling VIP’s Patrick busses round the route. 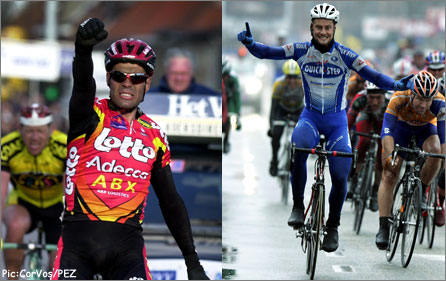 PVP has three wins at Het Volk, Tom Boonen none (he’s celebrating 2nd place and a QS 1-2 back in 2005) – could Boonen pick up one of the few Classics he hasn’t already won this weekend? Or could we possibly see the comeback of PVP?

Call me nostalgic, but if the weather is really bad then don’t forget about yet another Quick.Stepper; joint-recordman, “de Pete”, Peter Van Petegem, he hasn’t won here on three occasions for no reason. He’s looking in excellent shape and is keen to prove that there’s life in the old dog yet. We think it will be Quick.Step, but whoever it is, we’ll be raising a glass of pils to them late next Saturday afternoon – just as soon as the copy has been filed, that is. 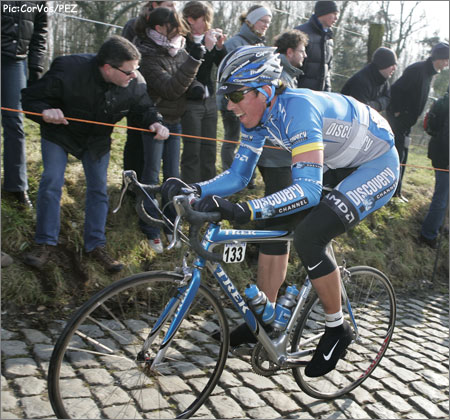 Leif Hoste moved back over to Lotto over the winter – and he could be looking at some good odds this weekend. 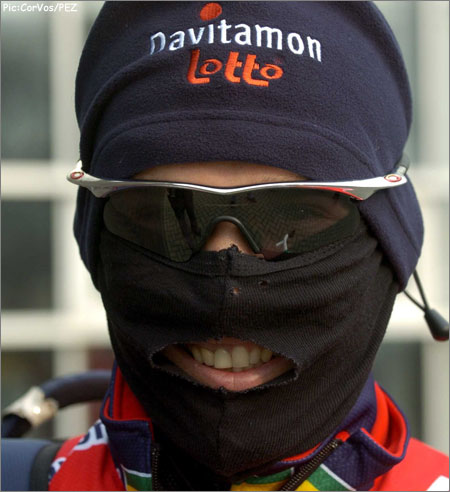 Robbie McEwen has been quiet of late, but he has not kept it a secret that he still wishes to be a contender in some of the Classics of his adopted country, Belgium.

For a closer look at the two races – Het Volk and KBK – check out last year’s PEZ Preview of the opening Belgian weekend. PEZ Preview 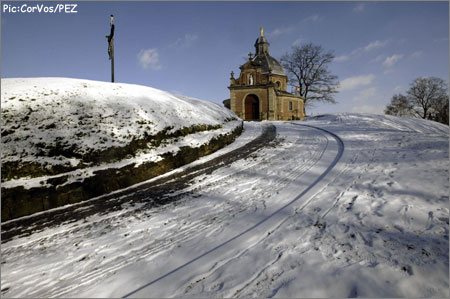 We can assure you that the Muur will look NOTHING like this on Saturday – take away the snow, add a few thousand people, and drop some moisture on the cobbles and you’ve got a recipe for some good racin.