To tell you the truth it wasn’t the best night of racing ever, but given that the hall goes from being sub-tropical to Arctic in three seconds and we’re down to 10 teams from 13 due to crashes and illness; the place is only 20% full and it’s end of term, maybe it’s not surprising. Then again, the win wasn’t decided until the final madison very late into the night…

Aeschbach/Defauw won the time trials, Keisse/Villa dominated the first derny heat (yawn), but Bruno took the final behind the little motor bikes, our-boy Marc won a devil and Slippens and Stam won the big chase; despite the fact that Bob Slippens is torturing himself just to be in this race. His face when he swings-up after his spell tells its own story.

However! If you are a sad, Belgian-racing obsessed man of the 70’s it was a good night. First-up was the Chocolade Jacques team-launch with Boonen-beating, Belgian elite champion, Niko Eeckhout (“Rambo” – although he’s not as chunky as he used to be) hanging-out beside our cabin in his tricolour jersey. Will this be the year he finally lands Het Volk or Kuurne-Brussels-Kuurne? He’s tough enough. 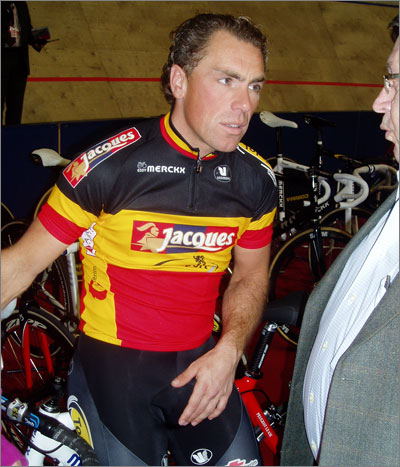 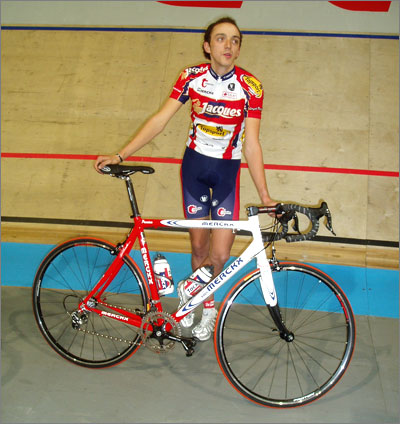 As per the norm, Chocolade Jacques is on Eddy Merckx bikes.

A little later there was “an oldies but goodies” presentation. Roger Rosiers was there, he won Paris -Roubaix in 1971, tough? That dude was case-hardened. 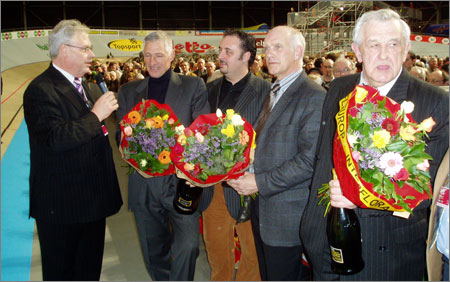 Ed was a happy man on the final evening with the veritable who’s who of true Classics champions.

Frans Verbeeck was there too, he and his son now run clothing company Vermarc, but in the 70’s he was a big star. He was originally a milk man and no stranger to long hours and hard graft. He turned pro but never got the results he wanted and went back to the milk. Then one day, Frans and his dad went to see a pro race; in the car on the way home Frans bleated so-much about how he could easily beat those guys, that his dad said; “well, why don’t you get back on the damn bike then?” Frans duly took-out another licence and won a Belgian pro title and two Het Volks among a glittering palmares. Star of the show was (touch your brow, when you say it) Francesco Moser, multiple world hour record holder, world champion on road and track not to mention a Giro and three Paris-Roubaixs. He’s grey at the temples but slim and ramrod-straight – a real star. He spends a lot of his time in the family wine business now and is involved with pro-riders organistions.

Still – it’s pay-day tomorrow so everyone will be in a good mood.

Day 6: It’s 19.15, the juniors have just finished and the final session of the Lotto six-days is imminent. There was a good buzz earlier because everyone got paid but it wears-off by the time the chamois cream has to go-on. First scandal of the night; a certain young ‘star’ who was neutralised after a crash was spotted out with a young lady at 3.30 am. The word-is that his contract fee has just been halved. 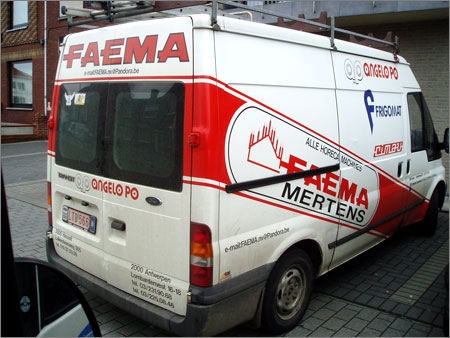 Hey, wait a tick, isn’t that the company that sponsored Merckx’ squad back in his heyday?

It’s a good gate tonight, wearing-on for a full-house. Points race (puntenkoers), Franco/Bruno win to extend their classement lead to four points. Team devil (ploegafvalling) – the Swiss go out early and it’s Slippens getting the better of Villa at the finish; points-wise it’s enough to put Keisse/Villa back on top.

Flying three lap time trial (tijdrit)- 100% unarranged, that’s why I like it. Tim Mertens/Ingmar Depootere go top with 34.73. Bruno gives Franco a huge sling and it’s looking good – until Franco pulls his foot with a half lap to go, he stops the clock on 35.18. That’s good-enough for third – one legged! 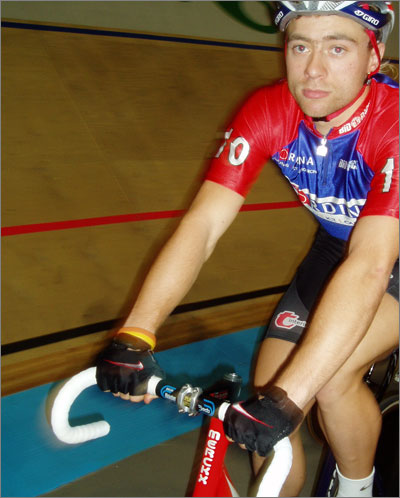 First? Need you ask? Defauw/Aeschbach with 33.89, not far away from the track record. Overall Keisse/Villa lead by 15 points from Risi/Marvulli. The hall is like a sauna tonight, maybe it’s the extra people?

Derny: Iljo wins (yeah, it was a big surprise) Franco is fourth and the ponts gap stretches even further. Devil (afvalling); Bruno wins, 15 points and the gap to Keisse/Villa narrows to nine points. More dernys; none of the big-guns are up though. 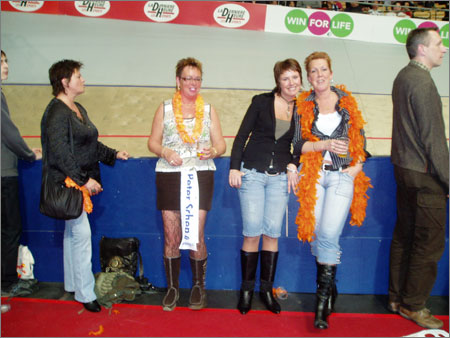 The noise and the smell go through you, eventually – when I was a boy I used to love the dernys at the London six, changed days. Marc is up behind the derny but isn’t feeling too good, I think that goes for the whole field though. Marc’s coach (who appeared yesterday) has said to Sercu that he wants to withdraw Marc from the race, old Pat aint best impressed, especially since he’s paid everyone and the field is depleted already.

When it came down to it, it was all Risi/Marvulli in the end.

Marc’s gone! I had to take him up to the main cabin to pack. So I missed the scratch -it’s a “mess-around” race anyway – and the the “super-sprint”. The flying lap is in progress so I’ll get a points total after this. Slippens/Stam just went top with 10.70, the fastest they have gone all week. Franco and Bruno are just one hundredth off that pace. Aeschbach launches Defauw and all the rest look ordinary – 10.59. After the flying lap, Keisse/Villa are three points to the good

The chase; 50 minutes plus 50 laps. It ebbs and flows and is as good a race as you can expect from 20 guys, some of whom are sick. To emphasise that there are really only two teams in the race, by the finish Risi/Marvulli and Keisse/Villa are six laps clear of third finishers Aesbach/Defauw who did well to keep an albeit under-par Slippens/Stam off the podium. 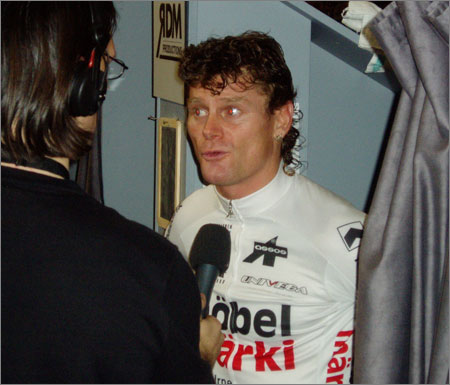 Ok, so it was simple you see…There were these sprints and I won them all, so we won.

The winners? If I tell you that a certain small Swiss gentleman won four of the last five sprints, does that help? Risi at his best; fast, smooth and seemingly posessed of some sixth-sense of timing that mortal bike riders don’t have – win number eight. Win number eight too for my boss, Franco Marvulli. I aint blowing my own trumpet, but my ‘runner-stats’ aren’t bad – two sixes, two wins. But jeez, I need a sleep in my own bed and if I never hear another derny, it will be too soon. 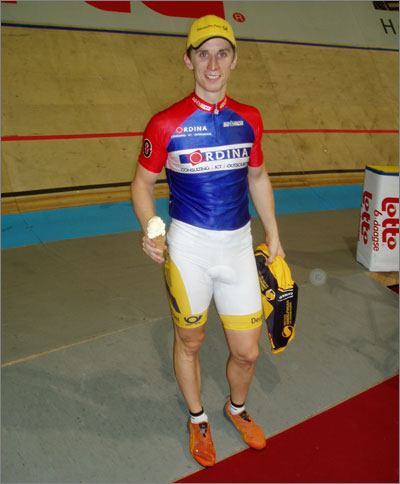 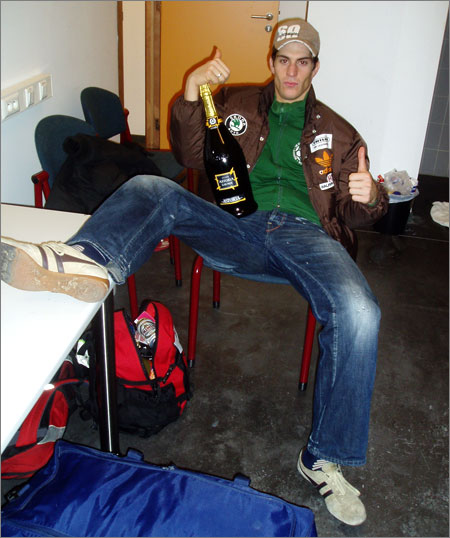