The The Commerce Bank Philadelphia International Championship comes to Philly on Sunday, and although the event has changed names and sponsors more than a few times, one thing we can count on is the spirit of the host city. This event brings 23 consecutive years of top notch racing to Philadelphia, and PEZ hit the streets to see what’s so special about this town. 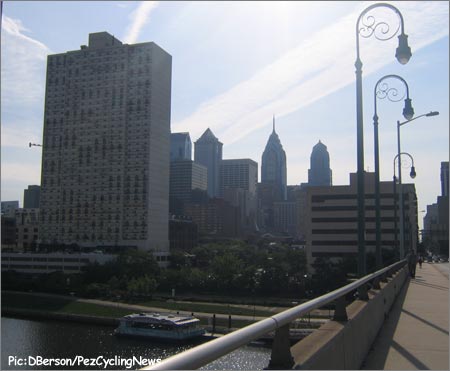 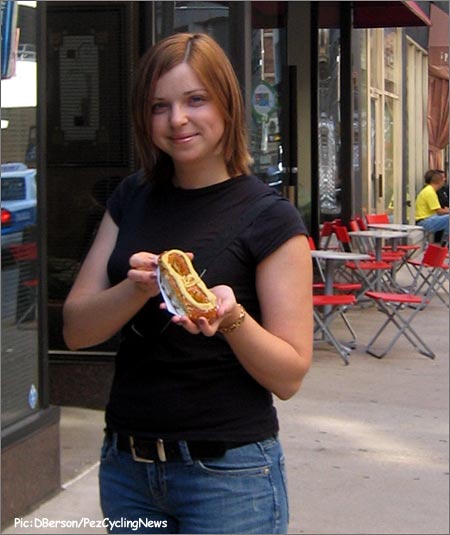 • First and foremost, we have pretzels. Where ever you go in the world they will not be as good as they are right here. Our Moldovan transplant Anastasia, or Nastea as her friends call her, can’t agree more. 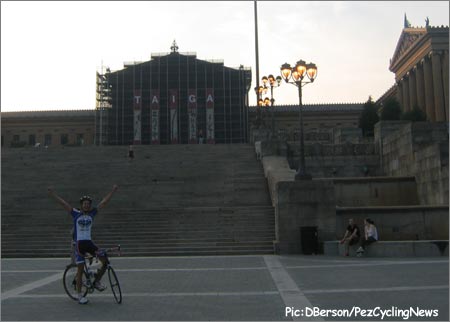 • Philly has Rocky Balboa. He’s permanently located in front of the Philadelphia Museum of Art and tourists and local residents continually flock to pose with this icon of Philly. 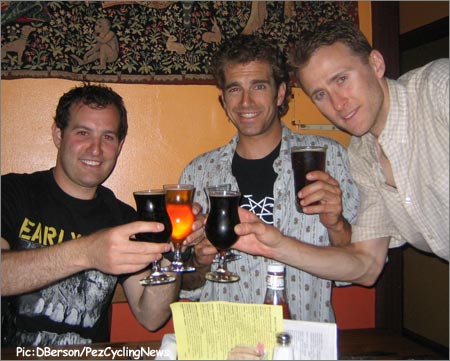 • The Pez crew and friends from the soon to open NY Cadence Cycling & Multisport center skipped the movie and headed to a local Belgian bar, Monk’s, and four Le Cheuf’s later along with mussels, duck (not for this reporter) and plenty of frites later we were all sold on Philly as a town to come hang out in. 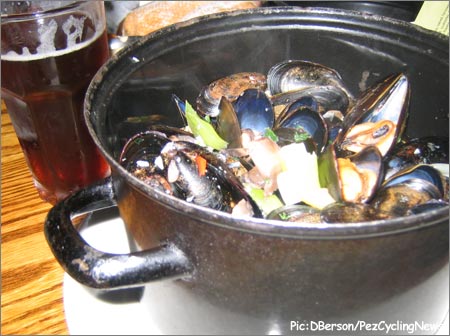 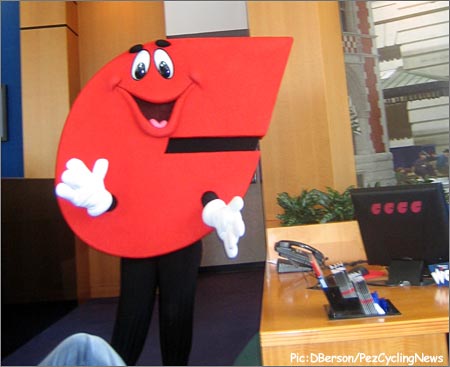 • Enter Mr. C., Commerce Bank. According to Roger Bomgardner, Pennsylvania Market Manager for Commerce Bank the bicycle race “is a great way to promote Commerce in the area.”

At Friday’s press conference, everyone agreed the race is great. A few racers with names like Haedo, Henderson, Tutenberg, and Van Gilder hosted the press to answer some questions on their views of this week’s Lancaster and Reading, PA races and Sunday’s big event.

Introduced by the legend Michael Aisner, Laura Van Gilder said that her “Cheerwine team is here with a strong team and will look for an opportunity to win.” Michael was giving her a hard time about losing to Ina-yoko Teutenberg previously but Laura said there “are lots of top class women racing and it will be a great day competing.”

Teutenberg spoke of her losses and sacrifices during the Petra Rossner era but said that “losing sprints is nothing new but we’ll try to win. We have riders for every situation so we’ll see how it all plays out.

Argentinean sprinter Juan Jose “JJ” Haedo, now riding for the Pro Tour Team CSC said he was looking forward to his fifth crack at this race. “If I make it 10 times up the climb and get to the finish then I’ll make the race. We’ll see at 400 meters to go” said JJ. 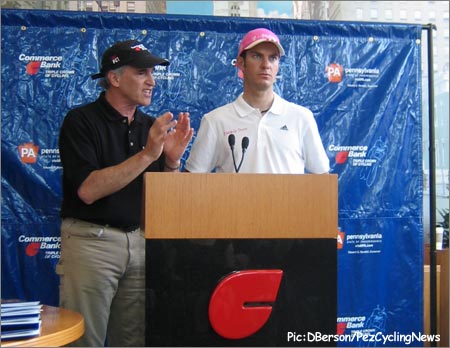 Last year’s winner, Greg Henderson, isn’t expecting to call his mom after the win since T-Mobile has a very “in-form” Bernhard Eisel on the team according to Henderson. Asked by this reporter what the plan was with Eisel, winner of the Tom Bamford Lancaster Classic last Sunday and Thursday’s Commerce Bank Reading Classic he said “it’s such a long race and so much can happen. Who knows?”