Come la vediamo un poco tutti… The Milano Sanremo is not a common race. It’s something different from any other one and this fact has not really an explanation just looking to her superficially. It’s not the oldest. It’s not the hardest. It’s not for sure the most interesting. The route is nothing special. 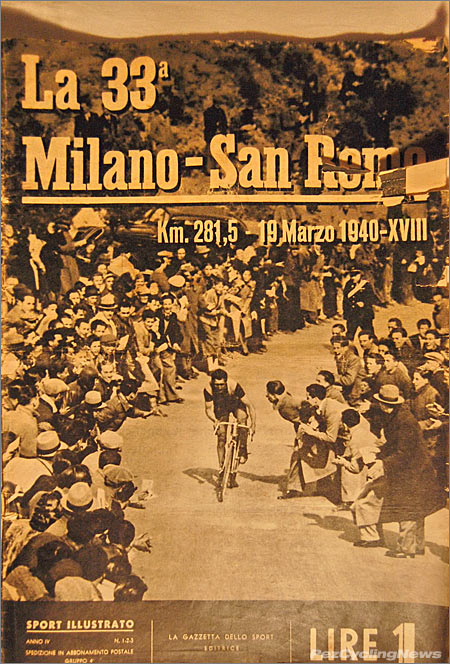 A long boring flat; three hundred kilometres of boring flat. Few hills called the Capi where nobody loses the wheels. Another hill called Cipressa where it’s the descent that makes the difference. And the last one called ‘il Poggio’ that is really pretty easy and where the riders have to use their brakes climbing the turns.

But everybody looks at her in a very personal and particular way. I’ve recently found in an old Italian racing magazine, a story about this titled “How we, everybody, look a bit to her”. It starts me wondering why a race can touch so deeply our soul. 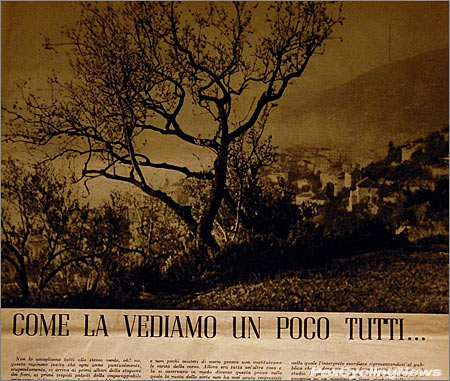 The reason is it’s inside us. The reason to love this race is written in a remote remember of us all. And everybody has his personal reason to love life. The Sanremo can be for someone the sweet smile of a girl. Or the first scream of his baby. The reason can be the first time we’ve been surprised by the moon or by the sea. Or the smell of the new grass in March. For someone the reason can be just the memory of the first ride around the father’s house and for someone else a far howling in a dark night.

For me the reason are the long rides in late winter on the same route many years ago. Sometimes I’d hear a lizard run away beside me while I was climbing the road and that was the announcement of a new life, of a new Primavera.

Everybody has got inside his Spring and that’s so personal that in some cases it will be impossible to find.

The longest of the Classics – almost 300km and 7 hours to get there.

The Sanremo is a sort of mystery. It’s a sort of long preamble to an explosion. Milano. It’s morning and the city sleeps. It’s cold and grey. Milano. It’s exciting to wake up and realize that is ‘the Day’. There is a special atmosphere at the departure. The riders feel the race and are nervous.

Then the start, it’s nine o’clock in the morning and the City stops surprised and frees the race. Sanremo is so far away at this moment…

Pavia. The race runs near the Naviglio channel, it’s still cold and the haze surrounds everything, then the bridge on the Ticino river and the other one on the Po river which gives the name to the Padana Plain. It’s the time of the early break. Near here is where Gomez and few others attacked in the 1982; so far to go, with 290 km in front of them they were finally able to arrive in Sanremo before the bunch. It was a rainy day; it was the first time that the Cipressa was used in the route.

It’s a long grind of 26km to the summit of the Turchino at 532m, but the steepest slopes barely reach 6% and only in the last km. (say “tur-keeno”).

Voghera. The plain opens in front of the bunch. Half past ten in the morning; the sun’s able to filter for the first time through the haze, but is still cold. The bunch sleeps. Sometimes the early brake starts here, like in the 1987 when Maechler and other guys kept their freedom. Just Maechler was finally able to arrive alone in Sanremo after the last unbelievable successful early break in this race. We are still waiting for the next who will be able to do it. 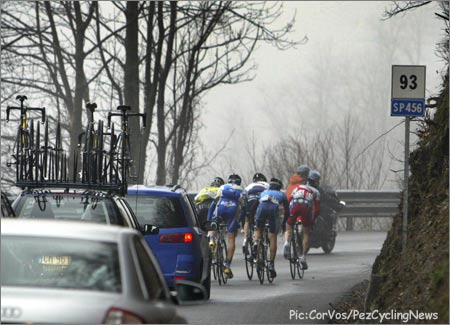 The early break pedals into the mists on the Turchino.

Ovada. The Appennines mountains apepar now through the haze. Once a time here was fitted the so called “control”. The riders have to check their number with the officials. It was the time of the tricks and of the “bandits”. Here starts the climb to the Turchino. More then 30 km to the top. Today is nothing because we are talking about an average slope of 1.4% and just the last three kilometres show slopes over the 5%. It’s noon time, sometimes it’s warm but the wind through the valleys still freezes and the riders still wear the winter clothes.

Turchino. The tunnel. The history. The tradition. Half way done, half way left. One o’ clock and the end of the tunnel is full of light. On the other side the Riviera. The north west Italian coast full of palms and, finally, warm. 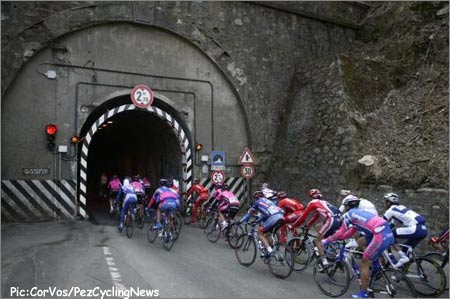 Noli. The Riviera is gorgeous here. Rocks and agaves surround the roads, on the other side the blue of the Mediterranean Sea. It’s two o’clock. Five hours have been counted and the race is not yet started.

Alassio. The Milano Sanremo that everybody knows starts here. Three o’ clock in the afternoon. Early morning on the American east coast. The early break almost going to finish and the bunch increasing the speed.

In front of the riders the three Capi, the Cipressa and the Poggio. Sanremo is now not so far, just 60 km. 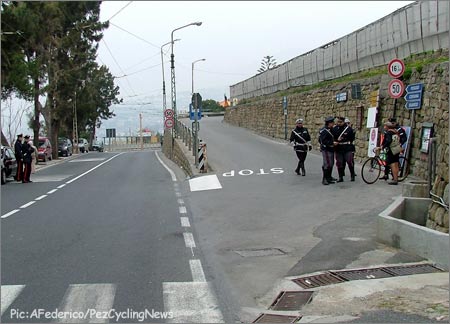 And on your right – the Poggio…

So the explosion. The attacks, the pursuits. The time that runs so fast. It will be sprint or not but either way it will be a great show for sure. The winner will write his name under a long list filled with the greatest names in cycling. Starting from Lucien Mazan (well known as Petit Breton) to Pozzato, through Girardengo (who won the race six times), Binda, Coppi, Bobet, Van Steenbergen, Bartali, Van Looy, Merckx (seven times!), Kelly, Bugno and Zabel. 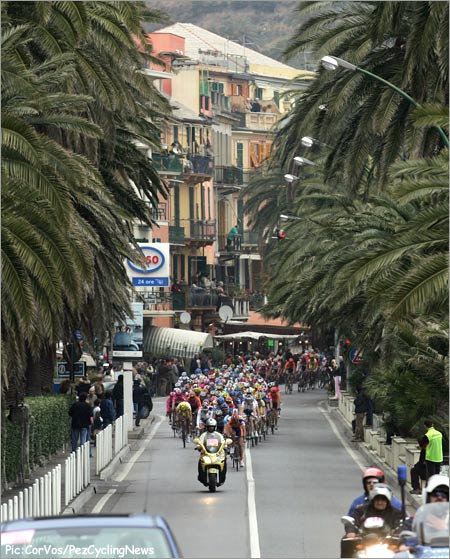