The experience of Saturday’s 100th anniversary editon of Milano-SanRemo can not be complete without taking time to soak in the history that makes ‘the Sanremo’ a cycling monument. Three hundred kms from Milan to San Remo, passing so many points on the corsa integral to its life… Although no longer decisive in the outcome, the Passo del Turchino remains key to the heart of this race…

Half way from Milan, half way to Sanremo, the race passes through the tunnel at lunchtime. This is the place where the race changes from the cold, grey, boring flat to the sunny, blue coast where the palm trees grow. Passing through the tunnel you soon smell the sea, and feel the warm Mediterranean air. Turchino in Italian means blue. 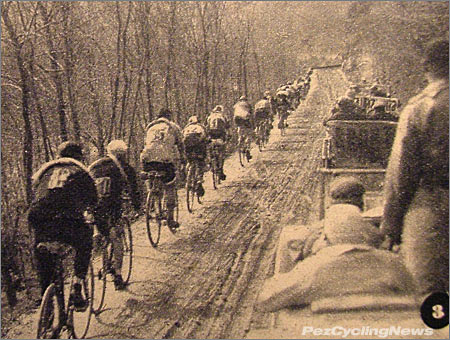 The bunch strings out on the lower slopes of the Turchino, an obstacle from the very first race in 1907, although much less decisive today.

Technically it’s nothing. Today it’s just a small tooth where the riders wake up from their pace and realize that the race is going to start. But there is memory of a time when this climb was decisive to the race win. We’re talking about the 1940’s here…

But the passage through this tunnel means also the beginning of a new season and that’s why it’s so important in the imagination of the Tifosi. There was a time when I was convinced (and still I am) that the Turchino is a reason enough to love this sport. So what follows is not another of my dreams… It’s a story. 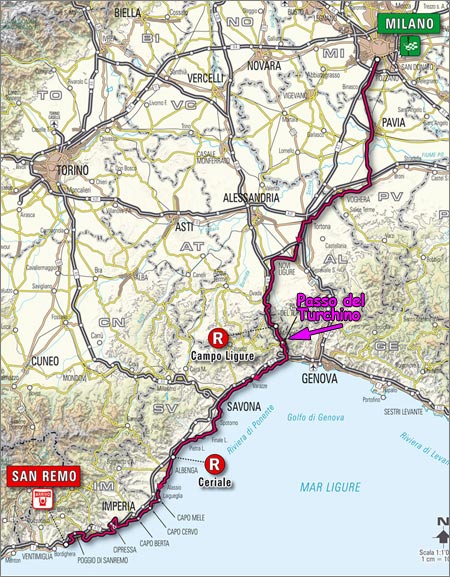 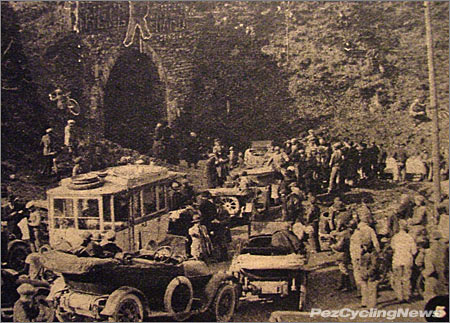 The size of the crowds at the summit’s tunnel entrance pay homage to the importance of the climb in the early editions.

Another year begins or has gone? Waiting there the riders too many times to say that I’m still young. It was the way of my youth when cycling was everything in my life. Today my life is my baby and she doesn’t know anything about this way. She looks at me and she proceeds in her new adventure. 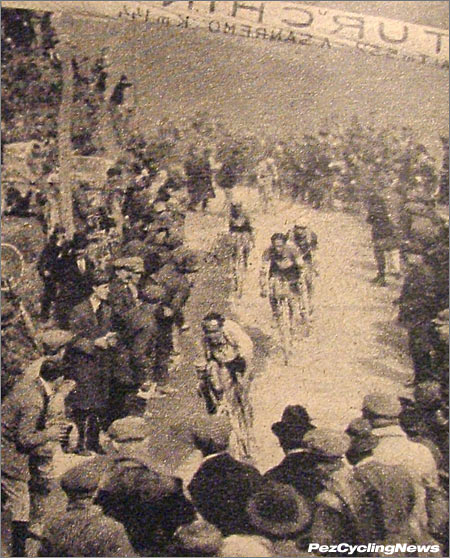 In the early days the Turchino was considered a difficult climb and was the gateway to the sea for all the people closed behind the Appennines and the Alps in the north west side of Italy. 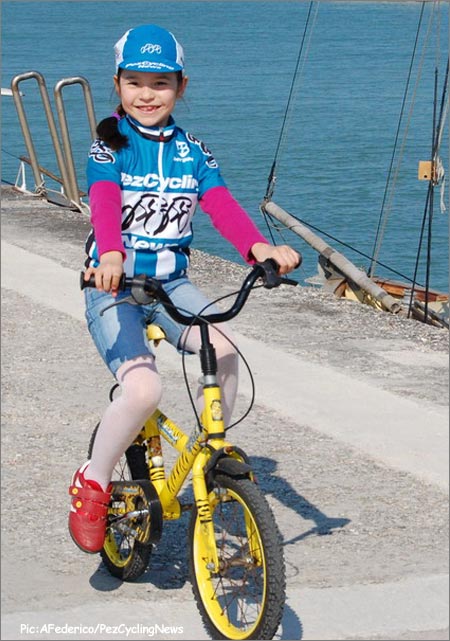 Aah yes… daddy’s little girl Diana, near their home on the Adriatic coast. Does she even know where Passo del Turchino is?

Another year begins or has gone? The wind blows through the tunnel sometimes in a way and sometimes in the other one. It looks like the breath of the race which is coming. And the long way I’ve rode till now seems written once before. The hunger I experienced that time, when I was coming back from this place and I was surrounded by the incoming spring. 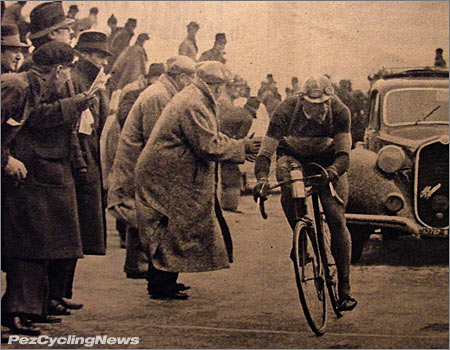 The first to the top was often the first to Sanremo but after the 1930s, with a new road, it started to be a normal climb which year by year became less important in the race.

The first sun of the season that surprised my body. And I was without water, and I was alone at the edge of a grain field with the fear of being stranded there forever. The yellow flowers on the table and the pasta already cooked. It was that time with the rain and my mother who always was inside the kitchen. I always remember her inside a kitchen. How will I remember my daughter? The hurry to eat something and run to the TV to see the race. Where are they? In the Riviera, but where? Before or after the Capi? On the Poggio? Noooo, to early for the Poggio.

That time when the bunch was divided in two and I was looking for Bugno with a small scarf in my hand and the curiously bored policeman standing beside me. Nobody will understand. Only cyclists can understand cyclists. Alone for hours, the mind roving around as mine now here in a forgotten place and a yellow page with people waiting like me now for the riders to remember why we breathe and continue to hope for a moment; yes, just for a moment of light. Just that light will be a reason enough.

Another breath has blown through the tunnel. Shivers. It must be the race.

Or maybe it’s just been the wind.

Alessandro will be live an in person direct from Milano, San Remo, and all points in between this weekend.
Like PEZ? Why not subscribe to our weekly newsletter to receive updates and reminders on what's cool in road cycling?

Herr Homeboy: Let’s Do Some Racin’