Last year the Toyota-United Team enjoyed raging success in California due to the exploits of one JJ Haedo, but for 2007, Haedo moved on to CSC and took his two wins with him. Toyota wasn’t to be done in though in this 2nd edition of the race, as another big time sprinter stepped up and picked up the important win many have been expecting from him for a very long while.

The final stage of the 2007 Tour of California was basically a 125k crit – but it played like a road stage, as a quality break enjoyed about 120k out front before being reeled in just in time for one more bunch sprint to cap off the race. 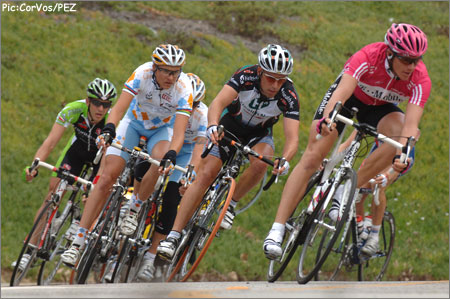 The break today consisted of no less than six domestic pros and one lonely ProTour rider. Stage 7 was definitely the day for the domestic professional – starting with the break and ending with Dominguez’ win. 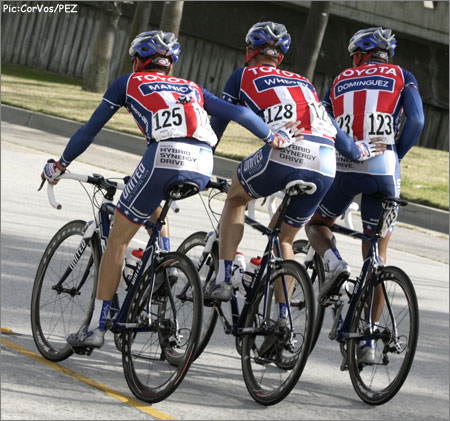 Dominguez gets a little help from his teammates to take care of some business…to make things a little more comfortable in the finale perhaps? 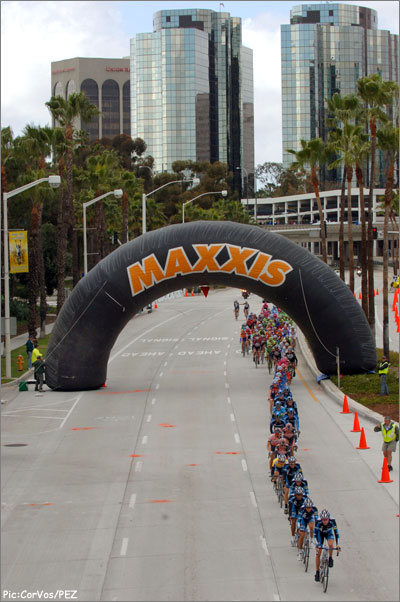 As per the norm, Discovery was on front keeping things in check…waiting for that special time when the sprinter teams to come up for some tempo-setting. 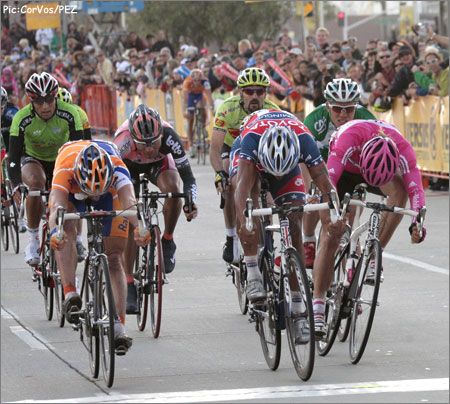 The sprint was a close one, but the Cuban Missile got it on the line with a marvelous bike throw. 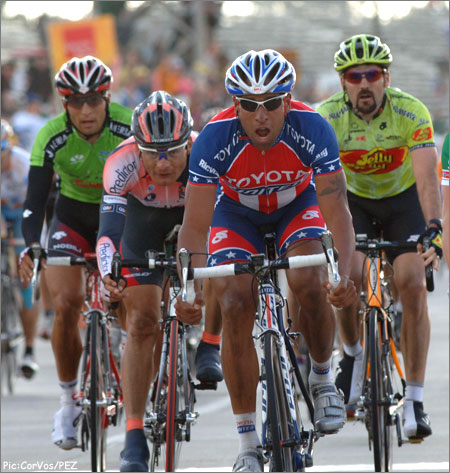 It was a little too close for celebration, but Dominguez appears to realize that he got it. 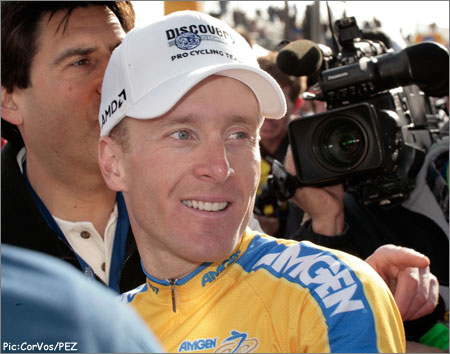 After that, it was official – Levi had his overall victory, and he was a happy man. 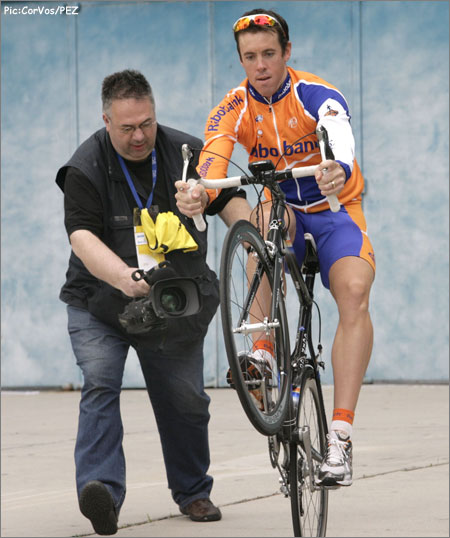 And of course, this being the end of a big stage race, it was wheelie-time – this week’s wheelie provided by Aussie Matt Hayman. 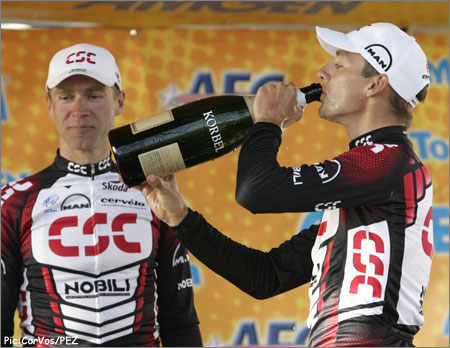 CSC didn’t get the individual GC, but they took the team classification with relative ease…Karsten Kroon figures he can drink to that. 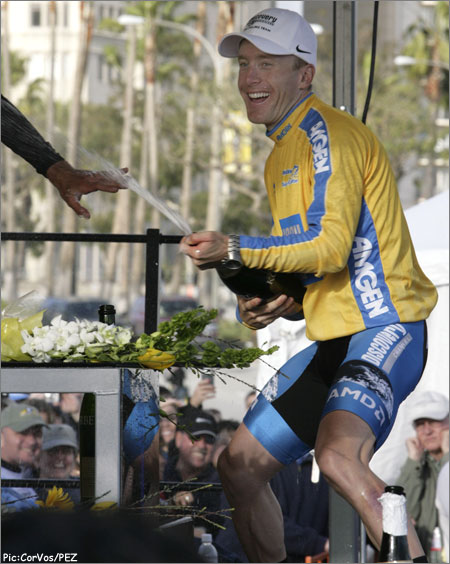 What’s the bubbly for anyway?