On a cold autumn day in Stuttgart it was the Netherland’s Lars Boom who lit up the U/23 Mens time trial today to take his second World Champion’s jersey of the year!

A total of seventy young hopefuls started the U/23 men’s time trial event today on a two lap, 38km circuit that challenged the riders with a good combination of long straights, short rises and the occasional tricky corner. Riders from all around the world, including Africa, Asia, America and the Far East were up for the challenge today and this list of riders included many riders who are already riders in top flight pro teams.

Amongst those riding currently in the pro ranks were two of the main favourites today in, Mikhail Ignatiev (Tinkoff) and Jerome Coppel (Francaise des Jeux) who finished 2nd and 3rd respectively in last year’s race. Coppel and Ignatiev weren’t starting until the end though so when they did hit the road they had the advantage of knowing the times to aim for. 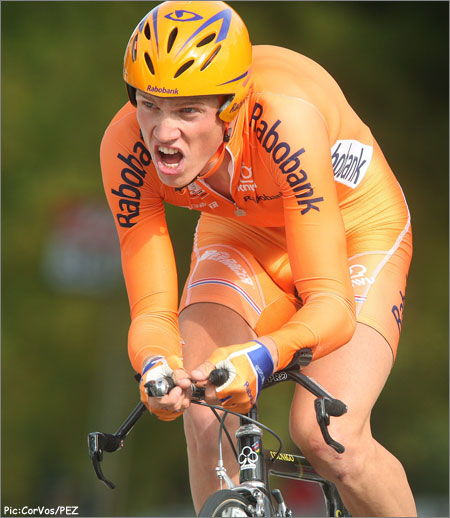 There was no one able to stand up to the onslaught of Mr. Boom today in Stuttgart.

The man setting those times was Lars Boom (Netherlands) who simply stormed around the course to finish in a time of 48m57s. The current U/23 Cyclocross champion was hoping to add another World Champion jersey to his collection and on early indications he was looking good, having the fastest time splits at all the checks. That was until Tinkoff’s main man, Ignatiev hit the course though as the young Russian went the only speed he knows – damned fast, claiming the fastest time at the first check after 11km by 8 seconds over Boom. 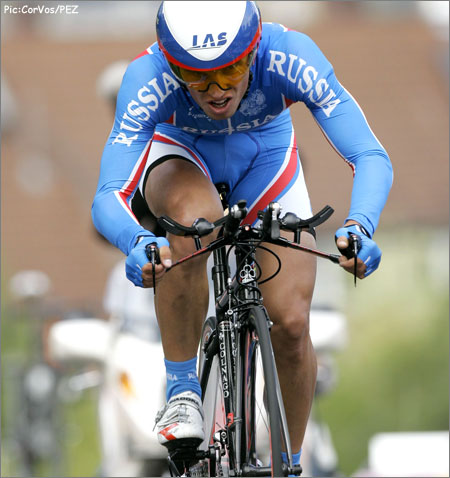 Mikhail Ignatiev has had an absolutely amazing 2007 campaign, and though he didn’t win the TT – 2nd ain’t bad.

The 2nd check after 19km was a different story though, with Ignatiev slowing down slightly to be 6 seconds behind Boom and Coppel (France) being a further 42seconds back in third place. Had the Russian’s legs, dare I say it, gone boom? 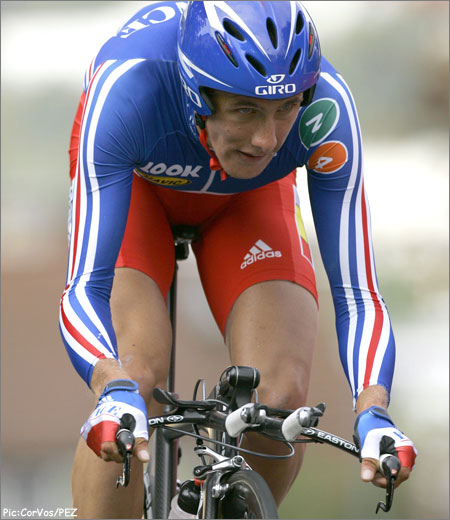 Yes, is the answer with Lars Boom rightly claiming his spot on top of the podium after a sensational 47kph time trial. In a real sense of dйjа vu, Ignatiev and Coppel rounded out the podium in exactly the same positions as they were in last year! 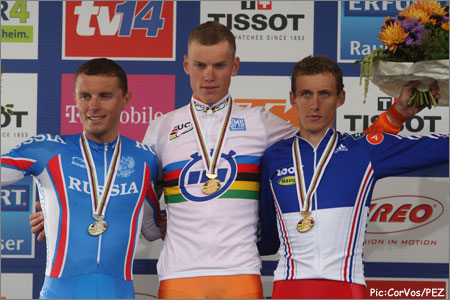 Worlds07: With The Cruise Missiles In Stuttgart