The Amgen Tour of California started to flex its muscle today, offering the riders the first Cat 2 climb in the form of the vaunted Trinity Grande climb. For the pros, it might just be enough to loosen the legs up for tomorrow’s more vicious day, but for this reporter, it was enough. Basta! Read on as PEZ takes you up the first big climb of the ride, Godzilla and all!

It had to break sometime. The weather, I mean. Upon opening my eyes at the race hotel, it had already begun to drizzle outside. Temperature: 42F. Where the hell was I, back in Portland? Gone were the upper sixties and the sunshine. Not sure who pissed them off, but I’d like to talk to them. 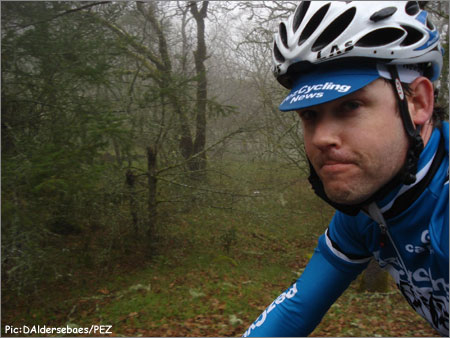 The race got underway at 10:00am after yet another parade neutral rollout, starting a wee bit south and east of Santa Rosa. I began my trek an hour and half before after arranging a late checkout. The good folks of Santa Rosa, bless their hearts, are very, very nice, but the cross section that I queried as to how to get to the Trinity Grande were a bit lost on the details. I cobbled together the opinions of those I asked who seemed most trustworthy, and set out on my journey, vectoring south and west. Well, my directions were a bit off. It took me a long time to get to the foot of the climb and by then, the first moto of the caravan came up on me. I tapped my wrist, he said “about 15”, and I knew my hopes of making it at least halfway up the Trinity were lost. I ended up stopping just at the foot at the behest of some of California’s finest, and soon thereafter came Scott Nydam (BMC) and a minute later Johnny Sundt (KBS), and a few minutes after them, the group came by, all across the road, laughing and joking. Apparently they weren’t too interested in the lads sojourning away off the front. 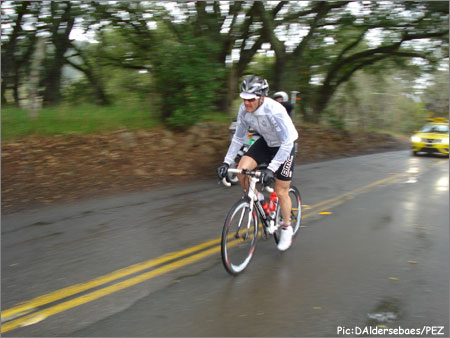 Once the caravan passed in full, I set about accomplishing my mission, after stopping and chatting with some race volunteers and some spectators: climbing the Trinity. If you read the previous articles you’ll know my climbing is suspect at best, and sure enough, I immediately began my ration of punishment as the road turned upward. One heaping, lovin’ spoonful after another. 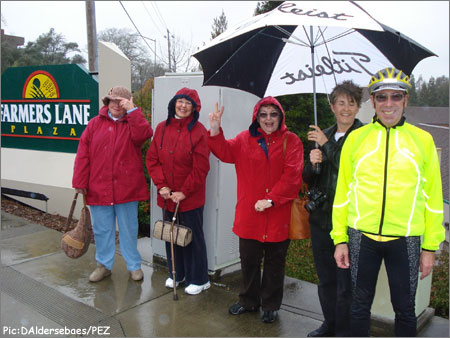 In the other direction, the rest of the spectators had begun coming down in droves, both by bicycle and car. I heard a lot of “Hey Pez!” and I’m sorry if I didn’t acknowledge you folks. I was trying, but I was also busy keeping my esophagus in its proper place, which was proving to be a more daunting task than I had imagined. I was well warmed up by the effort I had put out to get there, but since I suck a mile of ass at going vertical, I was quickly reduced to single digit mph, and taking a wobbly line as though I had just learned to ride the thing. Why am I here again? 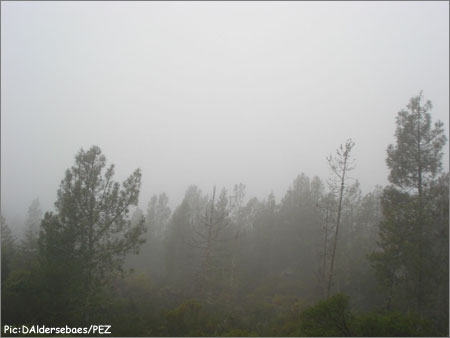 At some point during suffering, the mind plays into the mantra of self preservation being king, and diversionary tactics are employed. I saw the valley below slowly grow more and more grey as I crept into the cloud line. Soon, the valley was gone, and all around me hung a grey spooky mist. I came across a large Godzilla toy propped up on a mile marker at the roadside. Godzilla, you ain’t kiddin’ brother. Big, green, scaly, nasty bastard this hill is…… 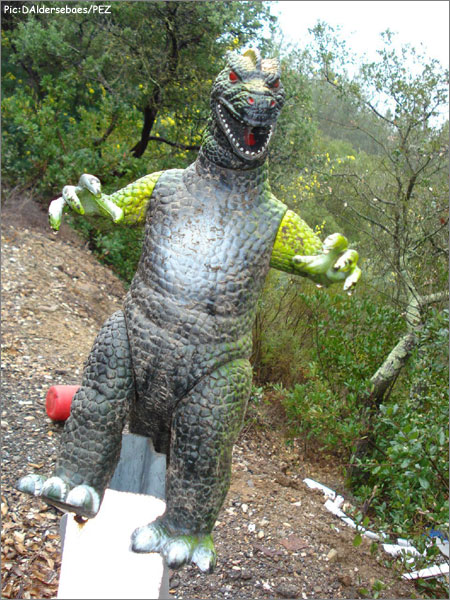 I saw lots of great crowd chalk cheers, too. I had to laugh in particular at a few, one being a list of the big names all followed by exclamation points, then “JAN?” at the top of the list. Another was a cheer for fellow Portlander Doug Ollerenshaw, with the chalk reading “Go Doug! It’s not as hard as Logie Trail!”, which is a popular climb to the north of Portland. I posit it IS harder than Logie Trail, but everything is hard to me when the road goes up. 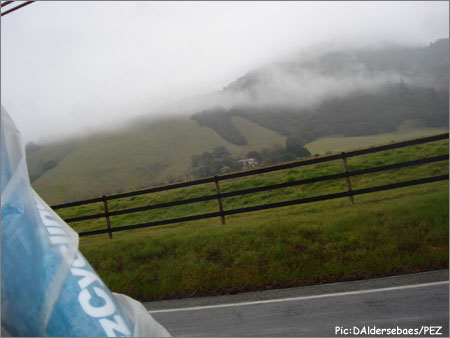 Amongst the suffering and the inevitable cursing (I curse like a sailor at every switchback, remember, I’m in full self preservation mode) one has to admit that the area around me is just gorgeous. The lower parts of the climb showed sprawling vineyards all around, horse farms, and green rolling acreage as far as the eye could see. I remembered the movie Sideways, and thought of some funny scenes to pass the time. “If anybody orders any f*&#king merlot, I’m OUT OF HERE!” was one of them. 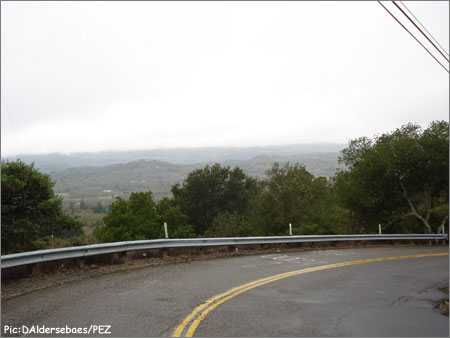 I then took one particularly grueling switchback and saw a little spoke of a road off to the side. Margie Road. So now I go into Fargo mode. I remember the scenes I liked best, peppered with what was now almost Tourettes type swearing outbursts. “You gotta eat Margie (SH*&”), I’ll fix ya some eggs.” And, “You really should get the True Coat (F*&K!)” I am thankful there were no children around. I am also thankful I didn’t climb with the hordes of fans. Getting dropped by 60 year olds on flat bars and in tennis shoes kind of sucks. 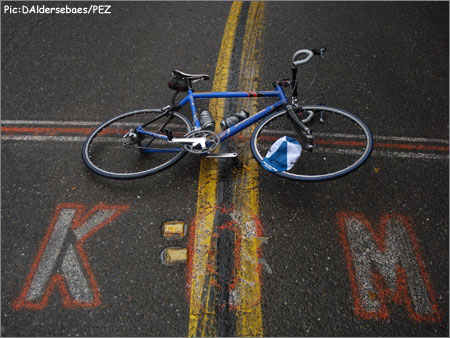 A few more turns, and a few more encouragements by the great fans still lingering on the hillside, and I came to the Fire Station at the top, and the KOM. Roughly 500 wheels had crossed this line already, but for me it was a personal victory. I was chilled, sopped, and getting hungry, but at that particular moment, I was (almost literally) on top of the world. 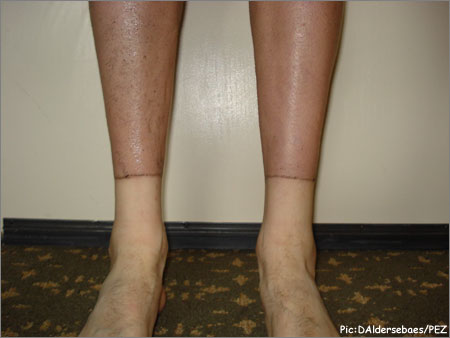 That does it for me, folks, as I hand the baton to the PEZ himself, who will cover the rest of the tour. So keep the love going for us out there people. It’s been an honor and a privilege to be in the great state of California and to cover this race. Now I point northward……until next time!

Toolbox: The Mind of a Mentally Fit Pro