Oh lord, the poor Californian peloton suffered an awful arrow from the bow of a spiteful Mother Nature today along the Pacific Coast. Or, better put, seven HOURS worth of arrows in the form of malicious rain, freezing temperatures, and violent winds. In the end, 19 riders didn’t finish the day, one rider left in an ambulance suffering from hypothermia, and one Dominique Rollin rode an unbelievable final 20k solo to take an immense win.

The 135 mile stage from Seaside to San Luis Obispo was supposed to be one of the prettiest, dramatic stages of the year – set almost entirely along the stunning Pacific Ocean shoreline. It still was a visually attractive jaunt southward along the coast, but the cold temperatures, driving rain, and ferocious headwind led to what will probably be one of the most horrendous races of the year for the riders.

As is typical in any race, there was to be an early break today. As is not so typical, this break would go the distance, just not the entirety of the break. In fact, of the 11 riders that started out on a troublesome journey southward, only three made it to the line in front of the chasing peloton, and one of the break riders, Jackson Stewart, left in an ambulance suffering from hypothermia.

Other than the rotten weather, hordes of abandons (NINETEEN!), and the astounding final half hour effort by Dominique Rollin…it was a pretty basic day…unfortunately it was a seven hour cold slog of a basic day.

On With The Pictures! 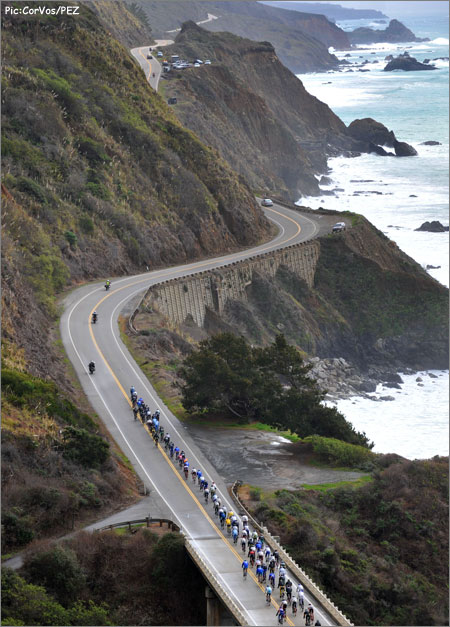 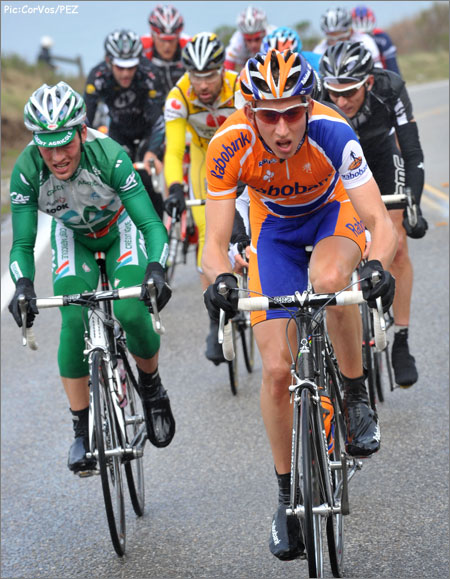 The break took some effort to wrest itself from the grip of the field today, but once it got going, the going was good. Well, if you call riding into gale forced headwinds good. 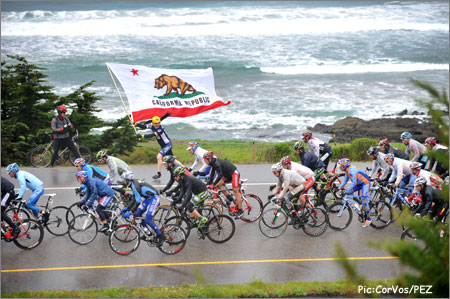 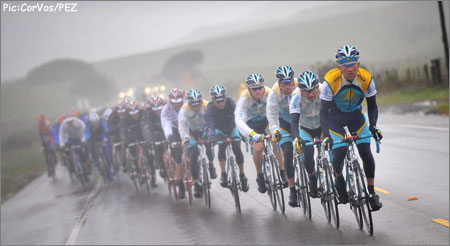 Astana had the unlucky pleasure of tempo setting for nearly seven hours today. 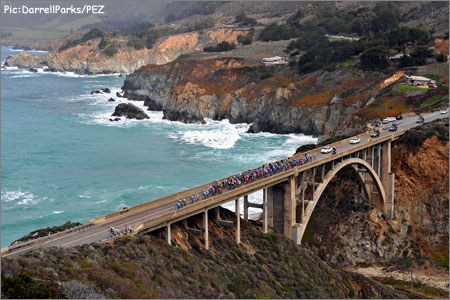 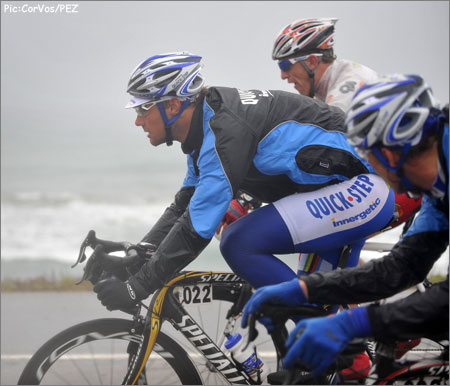 Tom Boonen looked to be having a glorious time in the rain. The weather needs to get better, else we won’t be seeing the likes of Tommeke in the future. 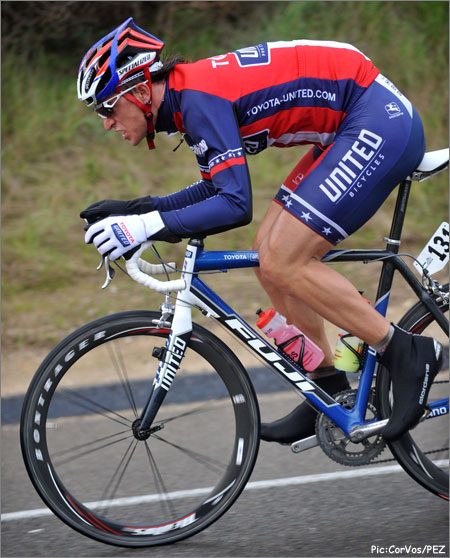 With 20k to go, Canadian Dominique Rollin attacked and managed to hold off a two-man TT from behind for the remainder of the race. It was an amazing effort from the 2006 Canadian National Champion. 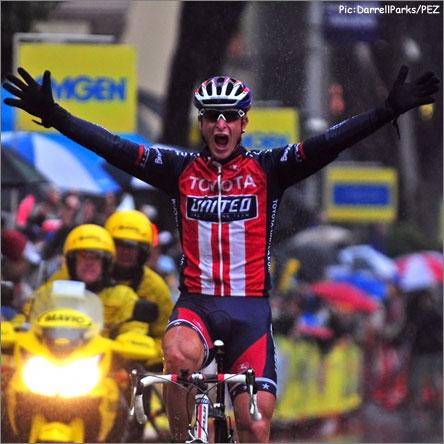 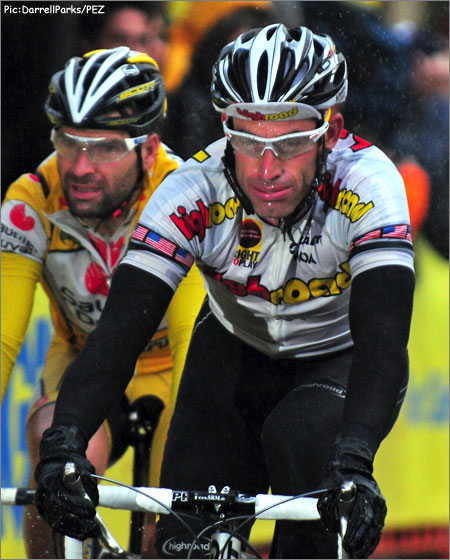 George Hincapie didn’t get the stage win, but a 2nd place ain’t too bad, plus, he got to finish a couple minutes before everyone else. That has to be worth something on an awful day like this. 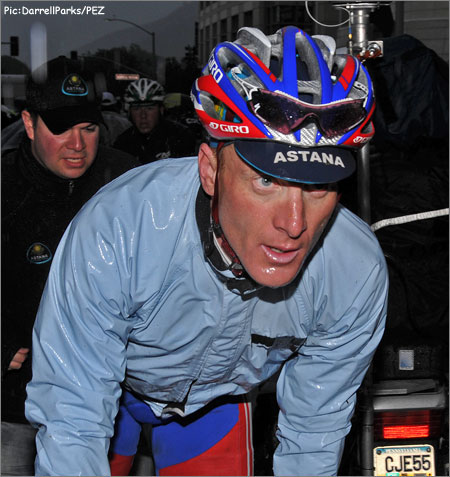 Levi Leipheimer made it through the day unscathed. He’ll have his hands full defending his lead from Fabian Cancellara tomorrow in Solvang in the crucial TT. 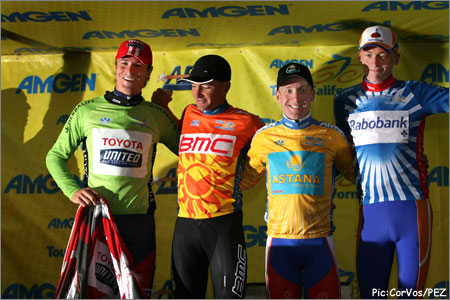 The day’s podium: Rollin in the points jersey, Nydam in the climber’s, Levi in the lead, and Gesink in the best young rider jersey.

California PEZ: To Go In SLO