Well, as much as it’s possible to slip away on Brasstown Bald, former U23 World Champion, Konstantsin Sivtsov of Team High Road, managed to get away from highly favored Leipheimer and Lowe and net enough seconds in his endeavour to take both the stage and the Leader’s Jersey with just one flat stage remaining. 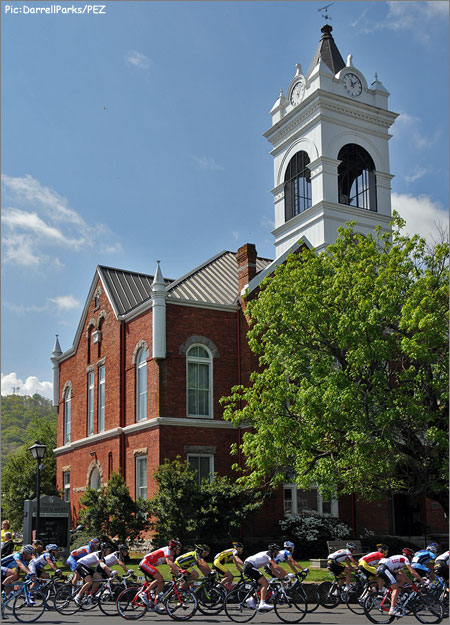 Pretty Brasstown played host to the Tour of Georgia on Saturday. 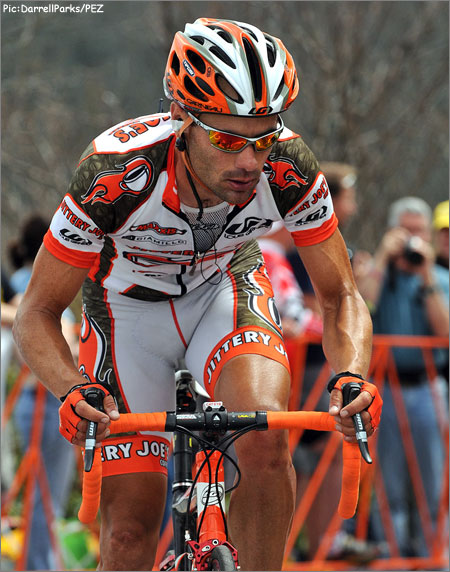 Neil Shirley had a fantastic day off the front – he was rewarded with the Most Aggressive Rider jersey at the end of the stage. 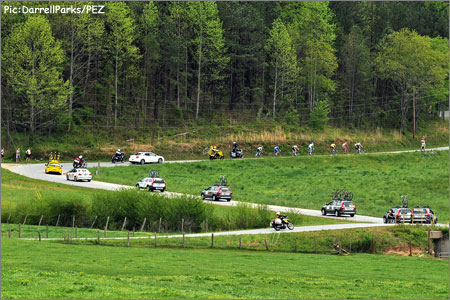 The break en route to the nasty slopes of Hogpen. 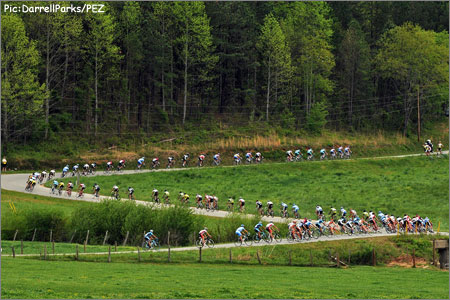 …the field snapping at their heels behind. 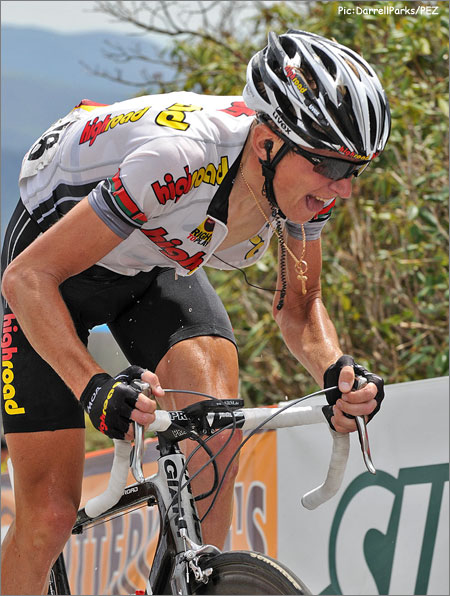 Kanstantsin Sivtsov managed to pull off a major coup by leaping away from the two favorites on Brasstown and putting enough time into them to take the stage and the lead! 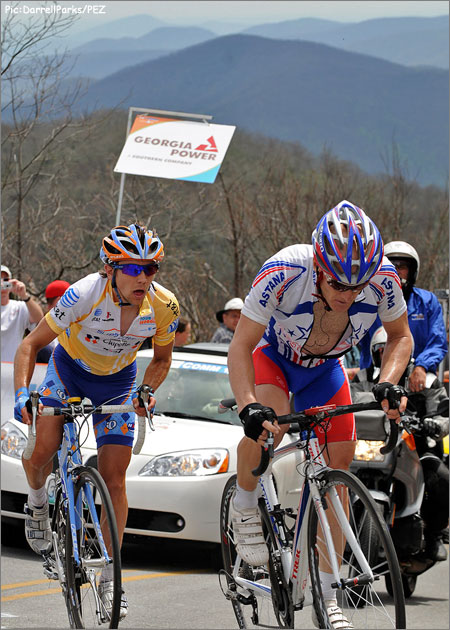 Behind, either Leipheimer and Lowe couldn’t respond or seemingly weren’t worried about the lesser known Sivtsov (though how little known you can be as a World Champion is tough to imagine). 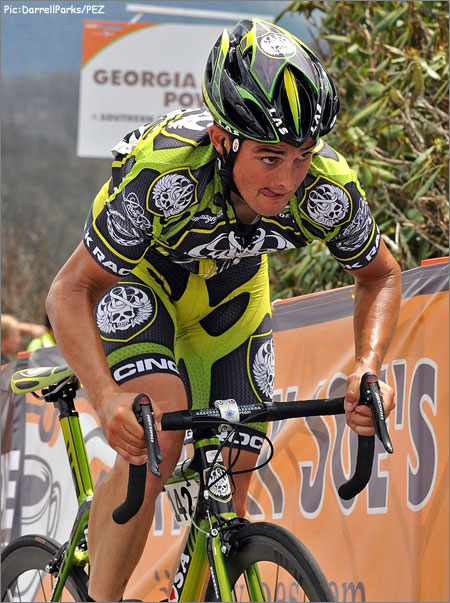 Oscar Sevilla rode tough on Brasstown and gave his Rock Racing team a great result on the slopes of one of the hardest climbs around. 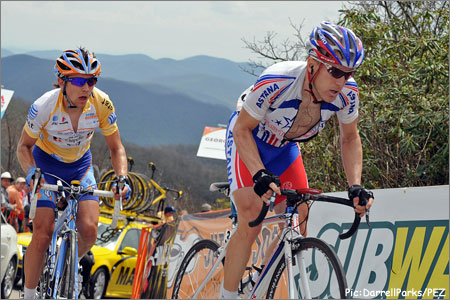 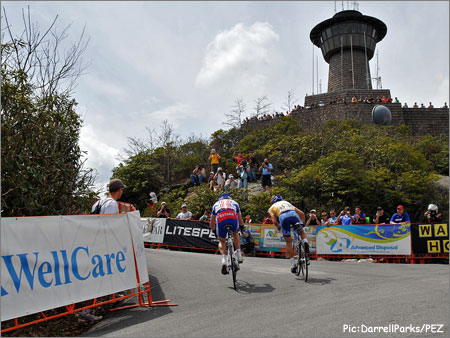 Lowe attacked Levi in the final stretch and got himself a few extra seconds…not enough to keep his leader’s jersey though. 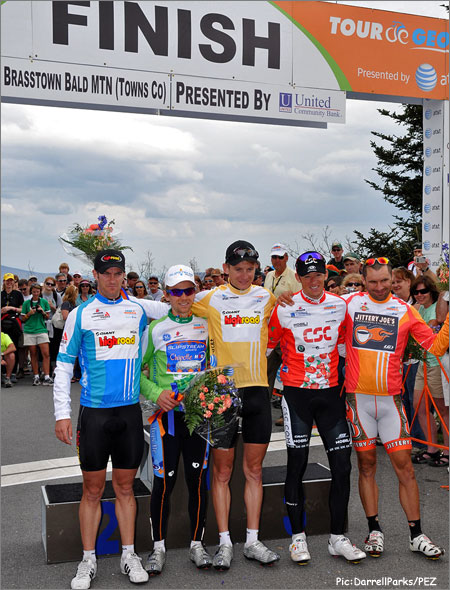 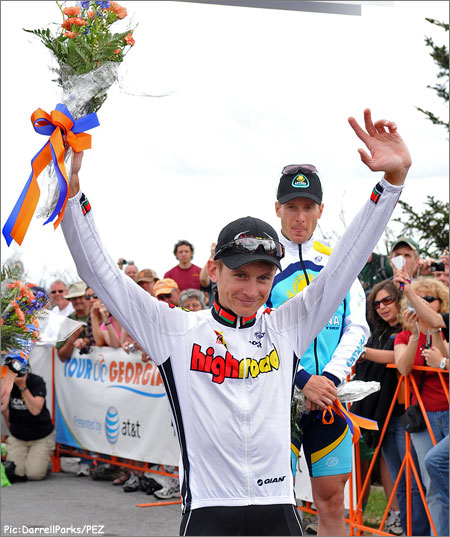 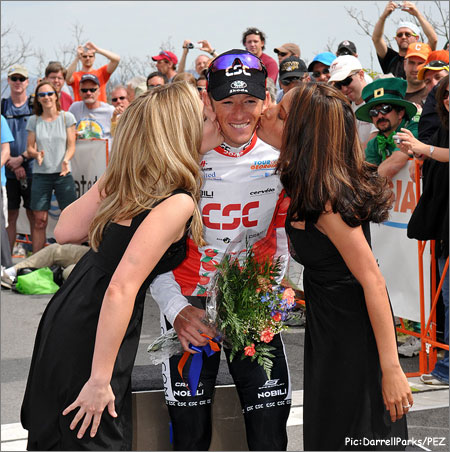 Check out DarrellParks.com for much more!