PEZ-Man Alessandro Federico made it to Varese today and set about taking in the sights in preparation for the big day tomorrow. After scouring the ladies start area, he got to walking and absorbing the special vibe that Varese has on offer this fine week. Read on!

Is it a cycling or horse race? The cycling stadium for the Worlds 2008 is something I’ve never seen before. It’s huge. It is too huge for the women’s race. There were just a few people at the depart and the stadium looked completely empty. 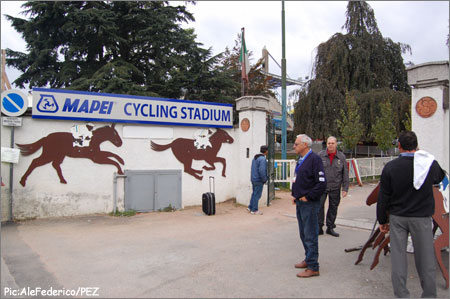 Tomorrow it will be a different story. Cyclists or horses? The few horses living there will have to wait for a while because this is the cycling moment for Varese. A World Championship is not a common event. It is the only chance the riders have in a year to wear the National team jersey, and only a few receive the privilege! 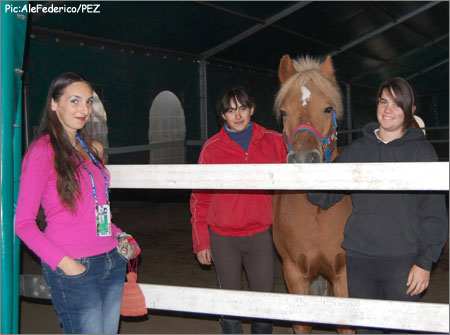 The UCI and the Varese staff worked a lot to prepare everything so well. Too well, sometimes it seems. A journalist could spend all day in the stadium looking at the many distractions without seeing one meter of race with his own eyes. Many screens are fitted in the huge press room and every half an hour a press release is issued and left on your table. Sometimes the life is better when it’s easier. 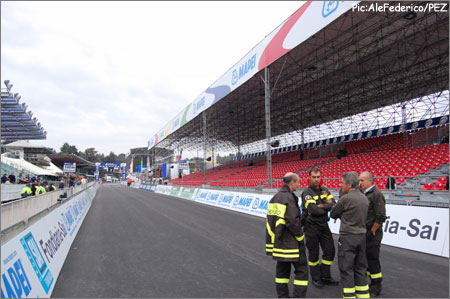 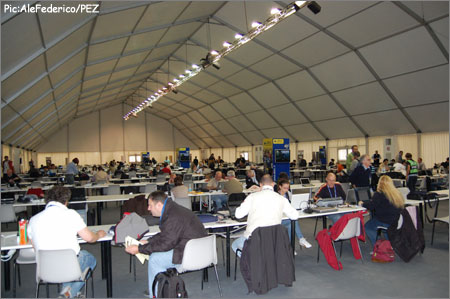 While the women roll the first few laps, I decide to leave the great stadium to visit the real Varese. There’s no way during the race time to walk inside the circuit and, in any case, I have no intention to walk an entire lap as Ed did last year! Therefore, when I see some people drinking their beer I understand it’s time to have a rest. 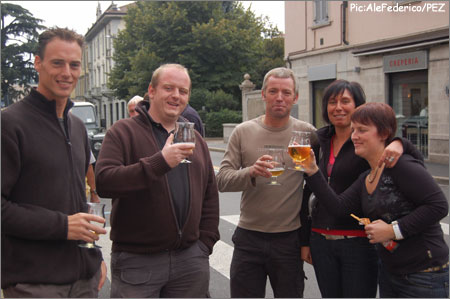 By the way, who are these people toasting in the middle of the road? Not Italian for sure. We start to drink later and we do it while sitting. These guys are from Belgium, they’ve come here for Boonen. They don’t like the beer they’re drinking (they miss their own), but there’s nothing better and so they proceed with drinking what they can have here.

When I approach Varese downtown, where the circuit crosses, it’s lunch time and there are a lot of people having lunch along the roadside. The fans enjoy their lunch in true downtown style: sitting and getting up just for the passage of the leader’s group. I slowly come back to the cycling stadium and it’s nice to see how many foreigners are here. 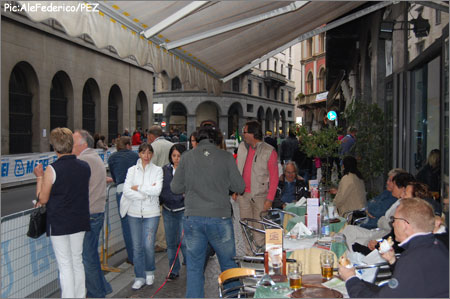 Tomorrow there will be many more people and Nationalities, but today is a good start. When I arrive to the stadium it is less empty and the people are screaming every time the field rolls by. 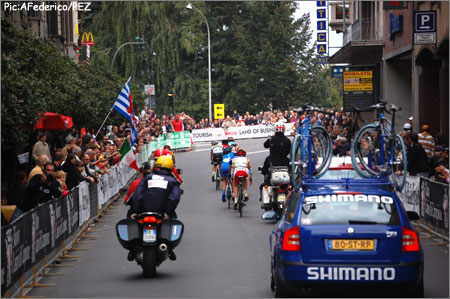 There’s a great view from here where everybody has the chance to see the final sprint with their own eyes. It’s a good idea and I think it will pick up steam. Can you imagine such big stands for the Tour final on the Champs Elysees? 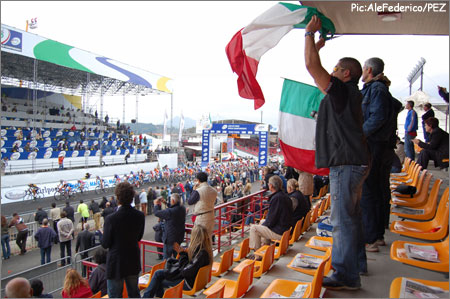 The race is won by the Cooke and this is Alastair’s affair for the race report. Another British won at my eyes another competition. She was one of the few maintaining a perfect style for all the day. From the start to the finish. While her colleagues were twisting their faces for the efforts she was able to stay with not one wrinkle on her. And she was in the breakaway! 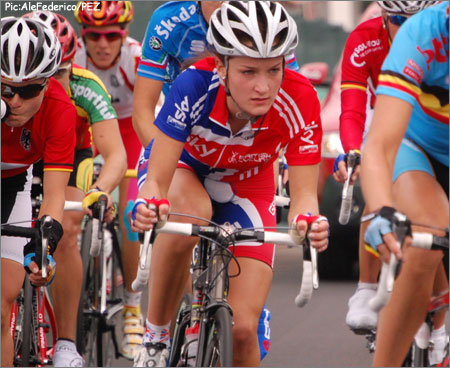 Mondo PEZ: The Tenderness And The Strength