Nicole Cooke made it clear all along that there was but one race that really mattered to her for 2008 – the Olympic Road Race. With that goal in mind, Cooke dedicated her entire season to the dream, and on an abominably wet day in Beijing, the pieces fell in place as she powered home to a comfortable win over her breakaway companions. 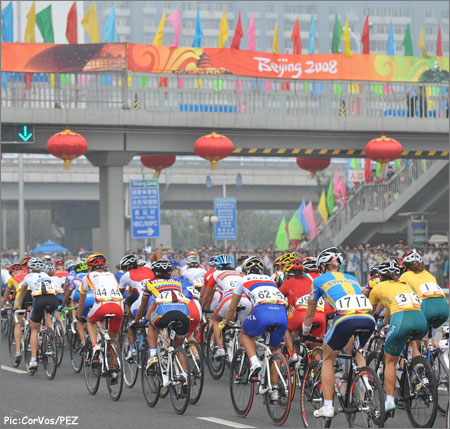 The women’s road race started under threatening skies, which rapidly turned into well past threatening and far into the realm of deluge. 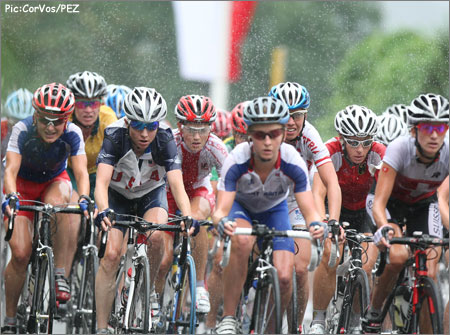 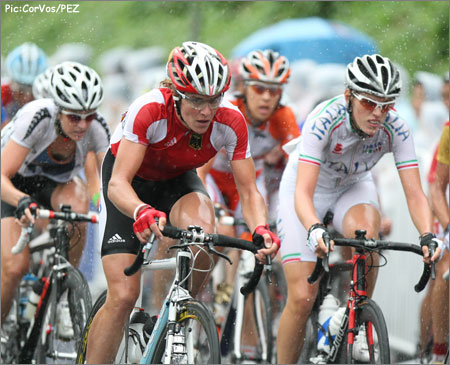 Hanka Kupfernagel rode a fair road race, but her real goal is in the time trial, and it would be a dull man who would bet against the reigning World Champion. 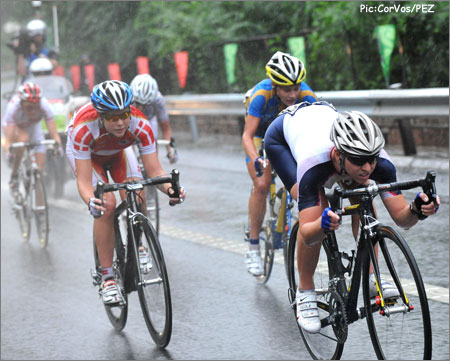 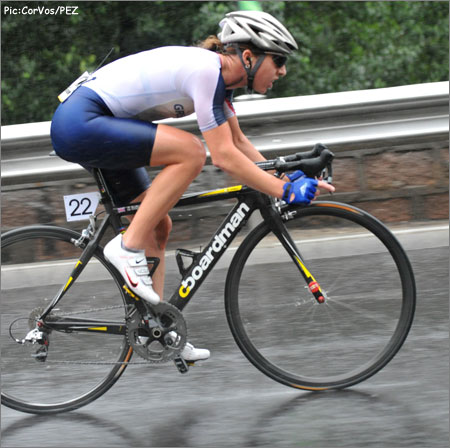 There was no stopping Nicole Cooke Sunday in Beijing. The dominant 25-year-old, who has never won a senior World Championship or Olympic Gold until today, well, won today. Worlds next? You betcha. 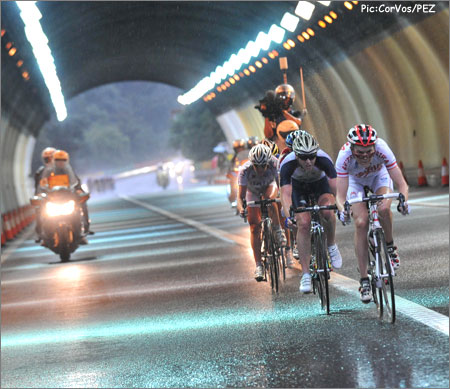 Whew, a nice break from the rain. Thanks! 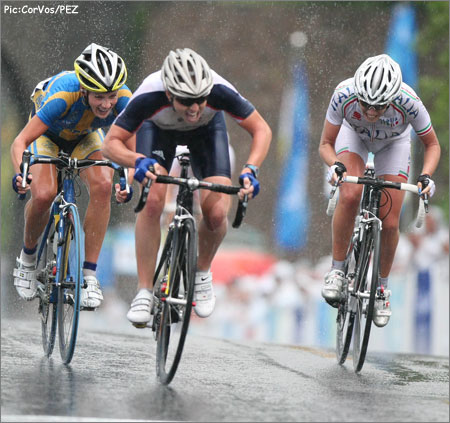 It’s not a smart rider who goes to the line with Ms. Nicole Cooke – and once again, she showed why. Marianne Vos might be a bit quicker, but she was left sprinting for 6th back in the field today. 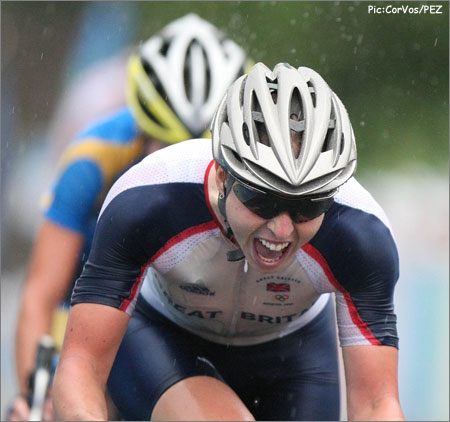 Nicole Cooke crossed the line in a blazing ball of exclamation – she couldn’t even let go of her bars to celebrate…only a gigantic cry of triumph was her mark on the line. 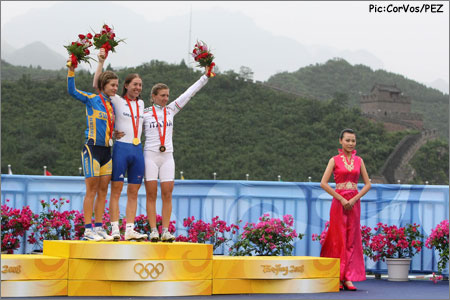 Up And Comer Matt Brammeier Gets PEZ’d!