The Critйrium du Dauphinй Libйrй is pretty much the same as the Tour de France. Just take out the interminable flat stages from the Tour, forget about the Pyrenees, and sandwich all the action into just eight days in the French Alps, run it in June before the official summer holidays – and you have the Dauphinй.

Okay, so not really like the Tour at all.

Still, all eyes are usually on the Dauphinй because it’s the traditional warm-up race for the Tour. It’s always a good gauge of who’s in top shape, and the contenders for the Tour face the exquisite dilemma of just how hard do they ride the Dauphinй. Is it worth striking a blow for morale and winning the race, or is it best to keep one’s powder dry for the main event in July? Despite its small size, the history of the race is therefore inextricably linked to that of the Tour. 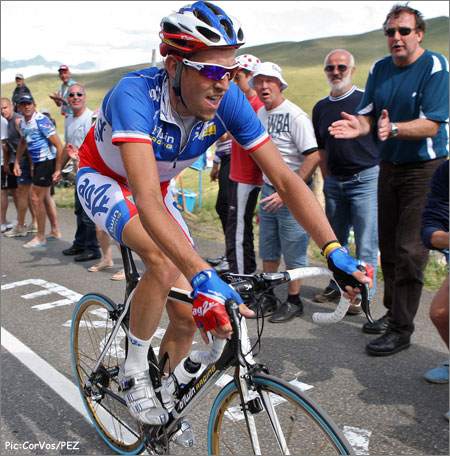 This year, though, will be entirely different. As the Dauphinй is not in the ASO stable, it will be a strictly Pro Tour invite list. That means no Slipstream and no appearance by last year’s winner Christophe Moreau now that he’s with Agritubel.

It also means that Astana will be racing, which will change the dynamic dramatically. Astana has no need to keep its powder dry for July and will undoubtedly be firing from all barrels. A month ago, when the route was announced, Johan Bruyneel told the organizers that their race would be Alberto Contador’s main focus for the season. But Contador has the Giro on his palmares now, after the last-minute invite, and it’s hard not to think that Levi Leipheimer will be looking for another edition of the Dauphinй on his (he won in 2006). As a team, they’ve got no real reason to ride conservatively at all. Teams going on to race the Tour will have to think very carefully about the bigger picture. 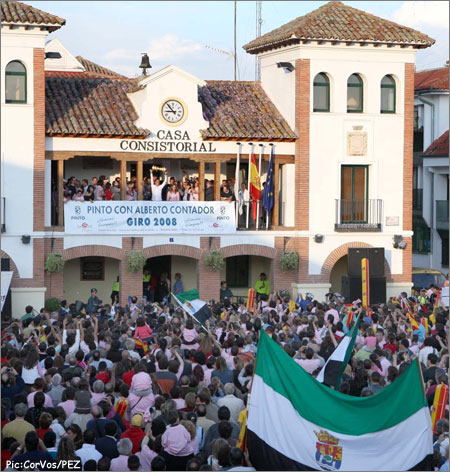 Alberto Contador is busy celebrating his Giro win at the moment.

The organizers are remaining “loyal to tradition”, as they’ve said, with this the 60th edition of the race. The first event was in 1947 but has not been run every year since then. Ironically, for a race that has seen numerous French winners, the first victor was Edouard Klabinski, originally from Poland but who later lived in Germany and France. It was the only time he rode the race.

The traditional format is a prologue, two flat stages, an individual time trial and finally three major days in the heart of the Alps. This year, the route skips the south and the main alpine areas, staying to the north and west and unfortunately does not include the ever-popular Mont Ventoux. 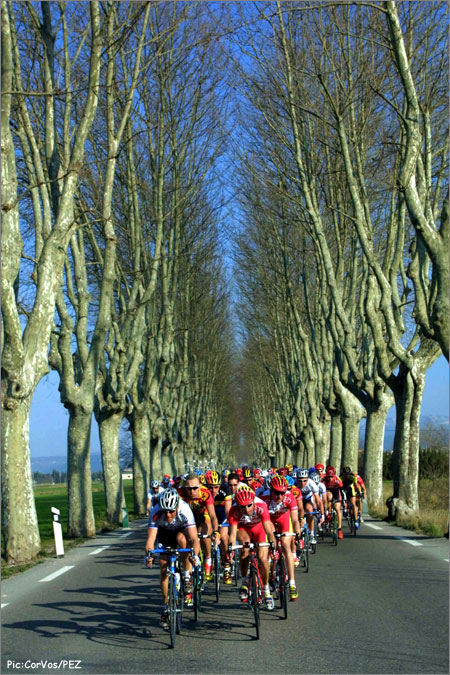 The race starts in Provence this year, and with it, all the gorgeous views…including the tree-lined road. 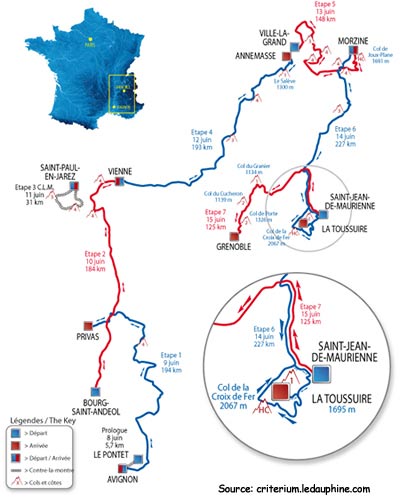 2008 Critйrium du Dauphinй Libйrй Stages
Sunday Prologue: Le Pontet to Avignon, 5.6km
The race starts with the prologue into Avignon on Sunday, June 8, a handy location given the TGV line that connects the town with Paris. What better way to spend the weekend than with a jaunt to the south that takes less than 3 hours on the high-speed train? Avignon is the second most popular town for the Dauphinй’s previous editions, the number one location being Grenoble – home to the race’s main sponsor, the regional newspaper Le Dauphinй. Avignon last hosted the prologue in 1982 when Frenchman Renй Koppert took the opening honours. This year, the 5.6 kilometre course from outside Avignon starting at Le Pontet is downhill all the way, so expect fast times and narrow gaps. 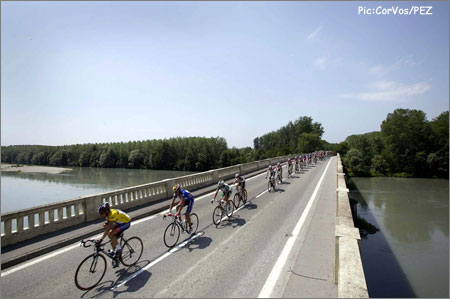 The race will be following the Rhone Valley on Stage 1.

Monday Stage 1: Avignon to Privas, 194km
The first stage on Monday will take the riders from Avignon 194 kilometres up the Rhone valley to Privas. This is one of the flat stages and while there are plenty of climbs west of Privas in the Ardиche, the race will be staying well away from the mountains for now. Still, the route is a little lumpy, with one cat.4 climb along the way. The last 14 kilometres are also slightly uphill with the final kilometre rating a 5% gradient. The sprinters will certainly have to work for their prize. 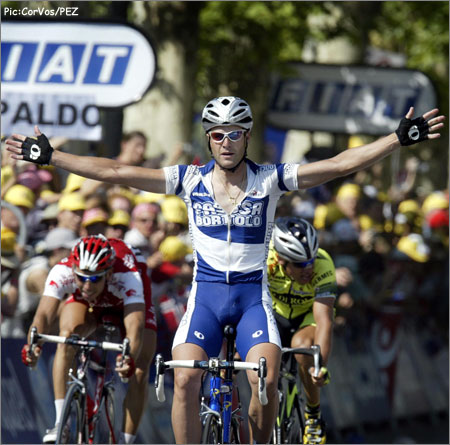 Look for a sprint in Stages 1 and 2 – Petacchi triumphed in Lyon in his heyday a few years back.

Tuesday Stage 2: Bourg-Saint-Andeol to Vienne, 184km
Tuesday sees the riders follow the Rhone further north from Bourg-Saint-Andeol to Vienne, 184 kilometres away, just on the outskirts of Lyon, and also the finish town of stage 1 of the 1947 first edition of the race. By this time, the riders might be able to glimpse the Alps to the east, if the day is clear, and two cat.4 climbs on the stage will give them of little preview of what is to come. 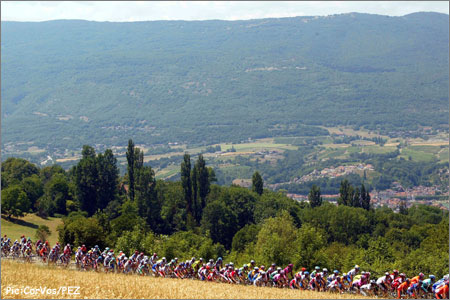 Wednesday Stage 3 (ITT): Saint-Paul-En-Jarez, 31km
This stage is the ‘contre la montre’, 31 kilometres of time trialling to start to get the real contenders into order. The course is a tour of small towns between Vienne and St. Etienne, starting at Saint-Paul-en-Jarez (which featured last year and in 2003) and taking in St. Chamond, Doizieux, and Saint-Juste-en-Doizieux: high-resolution Michelin map owners only please! Still, as well as a scenic route there’s two climbs, cat.3 and cat.4, to give the opportunity for some decent time splits. 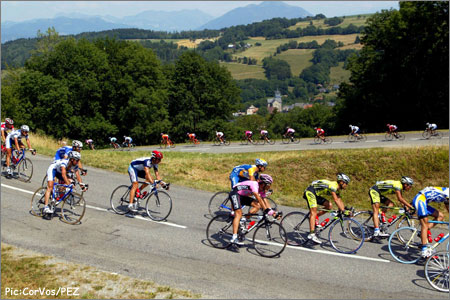 Thursday Stage 4: Vienne to Annemasse, 193km
For stage 4 it’s back to Vienne then 193 kilometres on to Annemasse, almost right at the southern end of Lake Geneva. There will be plenty of spectacular scenery amongst the rolling hills, small peaks and river valleys of this part of France, with perhaps a few glimpses just to the south down the valley to the beautiful Lac du Bourget but no time to visit the hot springs at Aix-les-Bains. 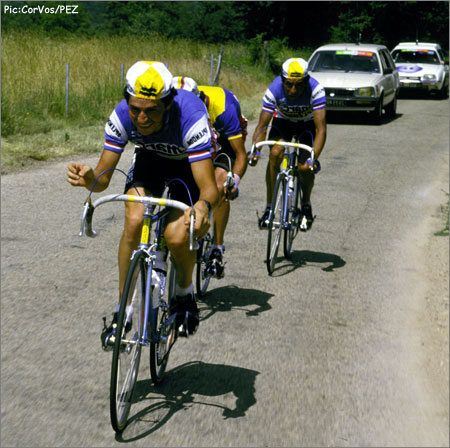 Martin Ramirez got the better of the Badger along these roads in 1984.

This stage will see the race stay interesting with three climbs coming at kilometres 127, 140, and 175: cat. 3, cat. 4, then the cat.1 climb of La Selиve at 1,300 metres before the downhill run into Annemasse. It was on La Selиve in 1984 that Bernard Hinault battled with Martin Ramirez, the Colombian climber who went on to win the race after a dramatic final-stage showdown. 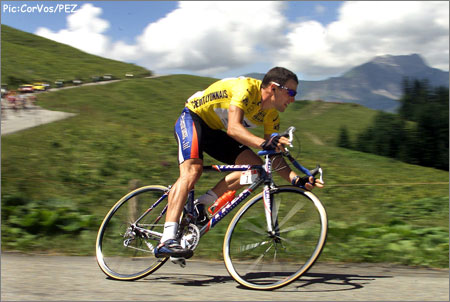 It seems every big name has a story about Morzine – Armstrong sure does. Everyone remembers his jour sans on the Joux Plane en route to Morzine in 2000, yea?

Friday Stage 5: Ville-La-Grand to Morzine, 125km
There’s no hiding from the mountains on this stage, as the route turns to the south and covers 125 kilometres from Ville-la-Grand to the alpine town of Morzine. There’s two cat.4 climbs and one cat.3 ascent along the way, before the main event, the Col de Joux-Plane – witness to Armstrong’s collapse and Landis’s come back in Tours de France past – topping out at 1691 metres before the fast descent to the finish. 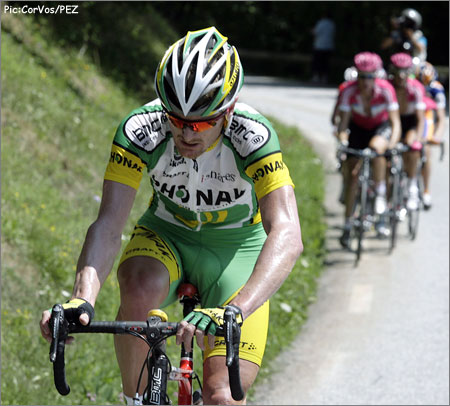 It was on the road to Morzine that Floyd Landis staged his infamous comeback in 2006.

The race last finished a stage in Morzine in 1995, with the winner on the day one Santiago Botero. Iban Mayo took the stage win in 2003 and Armstrong in 2002 (Armstrong won the overall both years). Before then, though, the last finish in the town was in 1955, won by Louison Bobet, who also won the overall and was obviously in perfect form as he went on to win the Tour that year as well. 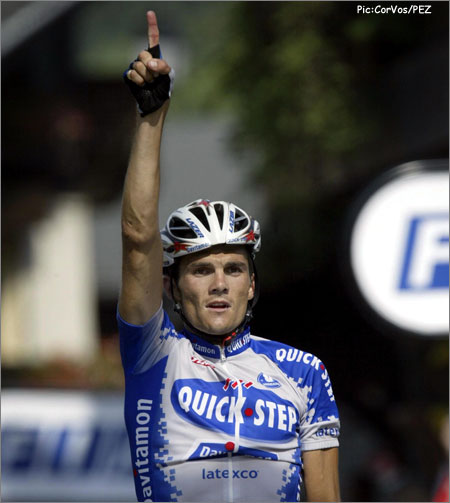 Richard Virenque always had a sweet spot in his heart for the town of Morzine – if memory serves me correctly, he won there three times.

Saturday Stage 6: Morzine to La Toussuire, 233km
Saturday June 14 is the queen stage of the race, 233 kilometres through the Alps. Residents and spectators based in Saint-Jean-de-Maurienne will be in the best spot of the entire event. Not only do they get a stage start on Sunday, but Saturday’s stage passes through the town twice. Seemingly keeping everyone on their toes, the route first takes in two minor climbs then heads south through the town before climbing the HC-rated Col de la Croix de Fer (2067 metres) and descending the Col de Glandon. 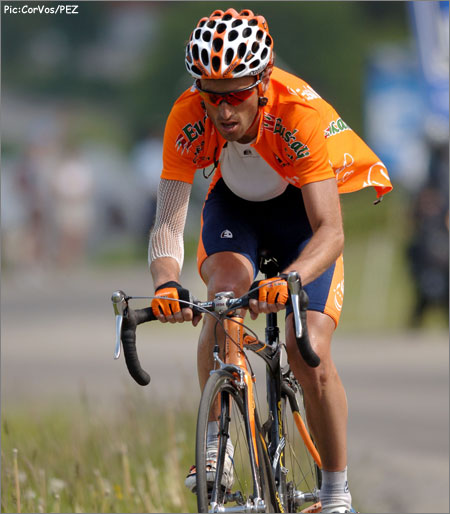 Then it’s through St-Colomban-des-Villard, and a loop back around through Saint-Jean-de-Maurienne again before the long 14-kilometre climb to La Toussuire at 1695 metres. This will be a decisive climb in the race. In the 2006 edition, Iban Mayo showed a glimpse of his form from previous events with a win on the stage, but overall winner Levi Leipheimer was able to limit his losses and keep hard-charging Christophe Moreau (who placed second overall) and Alejandro Valverde under control.

Sunday Stage 7: Saint-Jean-De Maurienne to Grenoble, 128.km
While the final stage from Saint-Jean-de-Maurienne to Grenoble might not shake up the overall classification too much, there will still be room for a late change of placings. The route takes in three famous climbs, Col du Granier (cat.1), Col du Cucheron (cat.1) and the Col de Porte (cat.2) over the 127 kilometres. Luis Ocana cemented his victory on these mountains in 1972 but his good form and fortune did not stay with him in the Tour as he abandoned the race trying to overcome Eddy Merckx (who had not raced the Dauphinй that year) for victory. Merckx won the Dauphinй only once, in 1971, with Ocana in second place, a prelude to the dramatic Tour of that year where Ocana crashed out on the Col de Mente whilst wearing the yellow jersey. 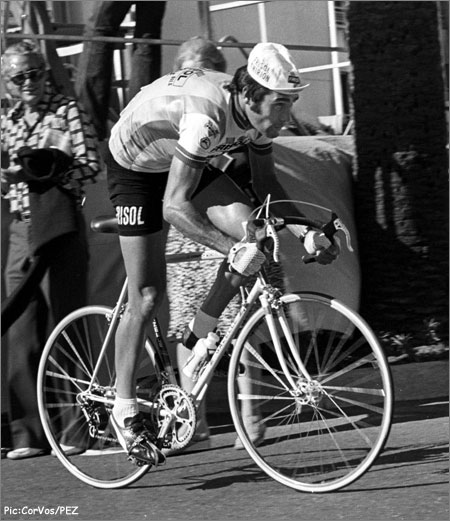 Bernard Thйvenet did the reverse, however. On those same climbs in 1975, Thйvenet won the stage into Grenoble over Lucien Van Impe and Joop Zoetemelk, setting up his overall win. In perhaps a foreshadowing of the Tour to come, Merckx placed only tenth – perhaps keeping his powder dry – and it would be Thйvenet who would finally break Merckx’s domination come July. 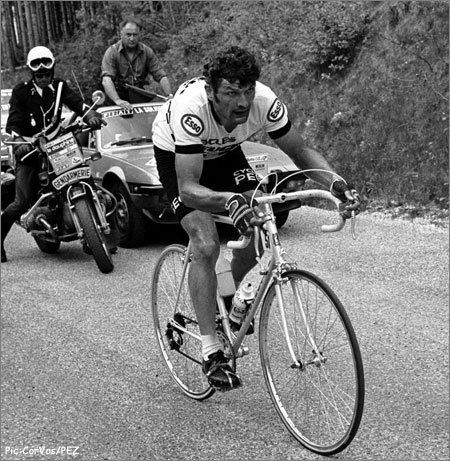 1974 also saw a great exploit with French rider Alain Santy winning the stage and giving him enough time to win the whole event that year by just 4 seconds over that perennial second-place finisher Raymond Poulidor.

This year could therefore see this final stage be just as exciting and crucial to the overall. Once again, Les Alpes will be the spectacular backdrop to some great stages and, unless Astana are given free reign, there should be plenty of action packed into an exciting June week of racing.

Stay tuned to PEZ for updates from the opening stage and the last day of the action in Grenoble, while your correspondent camps out in between on Mont Ventoux – still in disbelief that the great climb doesn’t feature in this year’s race.