Friday’s U23 road race produced a surprise winner in Colombia’s Fabio Durate. PEZ’s “Aussie in the peloton”, Cameron Meyer was on the spot and in the mix. He spoke with us afterwards about about a tough race and much more!

PEZ: A surprise winner, Cameron.
Cameron: Yeah, I’d never heard of the guy.
You know all the guys to watch – the Italians and guys like Swift (GB’s Ben Swift, 4th) but with the Columbian doing his racing in South America, he wasn’t someone you would expect to be up there. 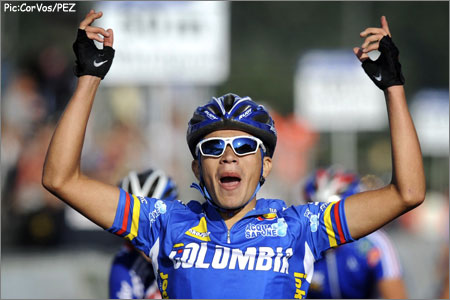 Duarte was a surprise for everybody!

PEZ: Wes Sulzberger was second in the Elite GP Isbergues the other week, I expected him to be right there.
Cameron: We had two in the counter move that went going into the last three laps – Wes and Travis – but they came back approaching the last lap. We missed the vital break – that happens sometimes in bike racing.

PEZ: Hindsight?
Cameron: We made a simple mistake and missed the move of the day – there were some strong guys up there; Swift in particular, was awesome all day. 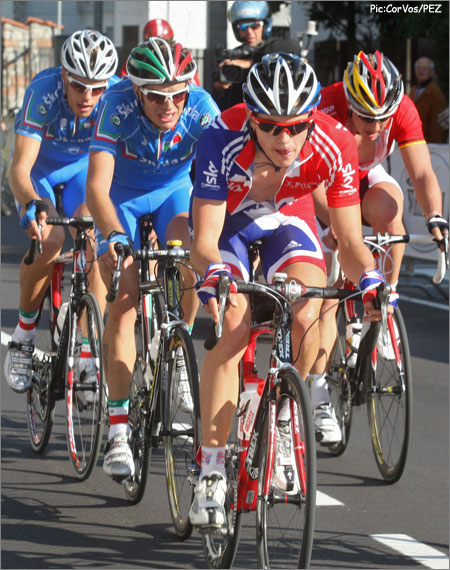 Ben Swift was strong all day.

PEZ: What’s the course like?
Cameron: Very tough, there’s not much flat at all, so there are very few places to recover. It was surprisingly hard, you can see how many were DNF. 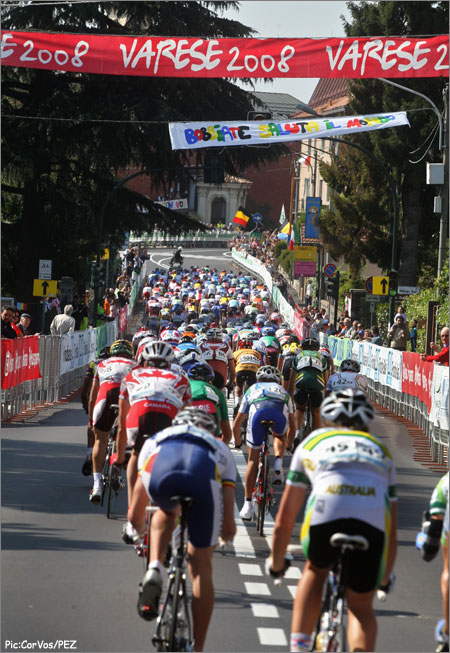 There were few easy moments on Friday.

PEZ: Was it a good day for racing?
Cameron: Perfect, 18 to 20 degrees, sunshine, a great day for a bike race.

PEZ: What was the Aussie game plan?
Cameron: Travis (Cameron’s brother), Mitch (Mitchell Docker), and I were to cover the breaks early, then work for Wes and Simon Clarke in the finalй. But like I said, sometimes bike races don’t work out like you plan. 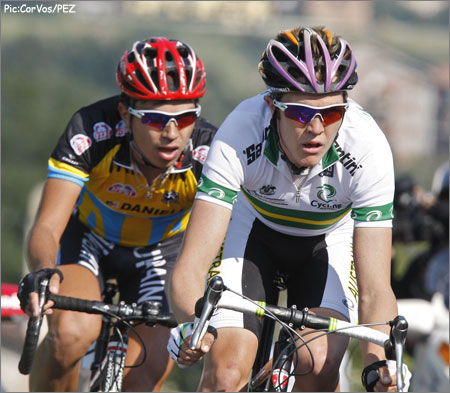 PEZ: Are you happy with your ride?
Cameron: Yeah, I haven’t raced that much on the road since the Olympics but I was climbing well and finished with the chasing group in 34th – so I can’t complain.

PEZ: With winning the bronze in the TT, do you think you used up all the adrenalin?
Cameron: No, I don’t think so, Friday was my last race of the year; we had a good team and I had good hype for it.
I had expectations of a medal, so no, my motivation was good. 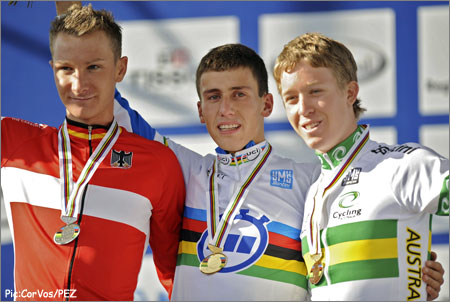 Let’s take a trip back to the podium earlier this week with Cameron.

PEZ: Cameron’s tip for Sunday?
Cameron: Valverde because it’s a tough course and if a group goes away with him in it, he can climb, last the distance and still has a big sprint. As for the Aussies, I think it could suit Simon Gerrans. 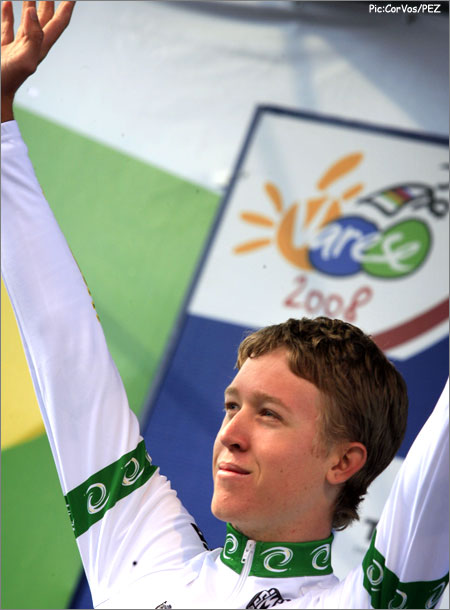 PEZ: And do you get that beer now?
Cameron: Yeah, I’m gonna put Travis under pressure to get me one tonight! 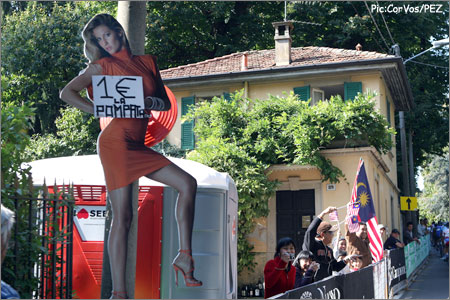 I don’t know what this is about, but it was in the photo gallery from the U23 Road Race…maybe Cameron saw it?

***
With thanks to Cameron for taking the time to talk to us, right after a tough day’s work.