This week has been one for bomb dropping retirement announcements. First came the legendary Erik Zabel’s not so surprising announcement, and then today, Paolo Bettini called a press conference to notify the world that Sunday’s World Championships will be his final bike race.

Bettini arrives with his wife and with his wife he leaves. Few words to say except: tomorrow will be his last race. The journalists listen in silence.

Someone asks if a win can change something. He replies: “I decided, I’m not coming back.” The foreign journalists don’t understand a word but they perfectly understand the situation.

Bettini tries to convince us that this decision has been in the works for several years now: “I decided in 2004 when I won the Olympics in Athens,” but it’s strange to be here, the evening before his race to talk about this. 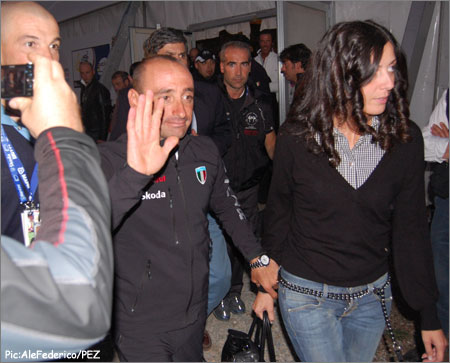 Everyone remains surprised. “This is my race, I want this to be the last one”. “I thank the sponsors I have worked with since 1997. I have to go, tomorrow there’s a certain race to ride.”

This appears now to be the only reasonable declaration to give. 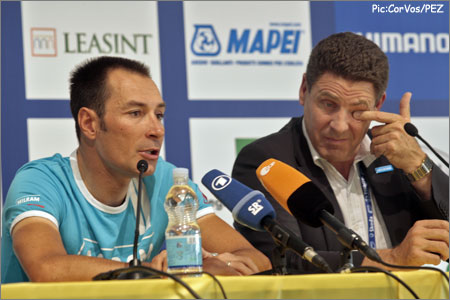 Just yesterday, Erik Zabel announced the same: “I had a lot of fun riding this year and could keep up with my international rivals. I don’t know if I could do that for another season and think that this is the right moment to stop.”

Is it bad to hope for something magical from the two outgoing stars in Varese on Sunday?