It was big news when Stage 4’s route was announced: into the Sierras! Surely there would be hell to pay and a first-rate melee to be enjoyed. Once again though the script was faulty and crappily written: we got a bunch sprint. Fortunately for entertainment value, we got our first Boonen v. Cavendish!

I just don’t know what to expect with this whole Tour of California thing anymore. Everything that seems to make sense, doesn’t, everything that doesn’t, does. It’s just a hopeless, fantastic jumble of unexpectedness. 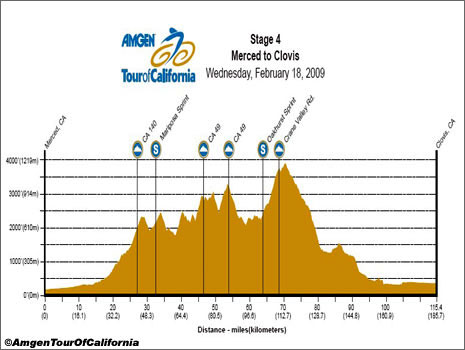 Yeah, it was one of those saw-blade type affairs. 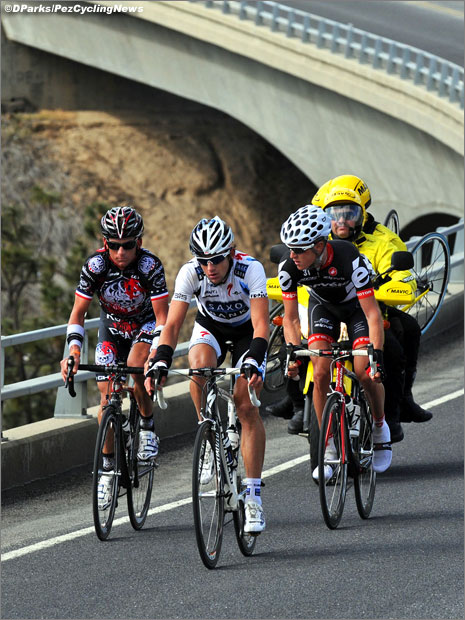 That whole early break getting away, er, early without any difficulty? Not the case today. Serge Pauwels, Tyler Hamilton, and Jason McCartney all had to auction off their souls and a left hand digit to get free of the broiling mass. 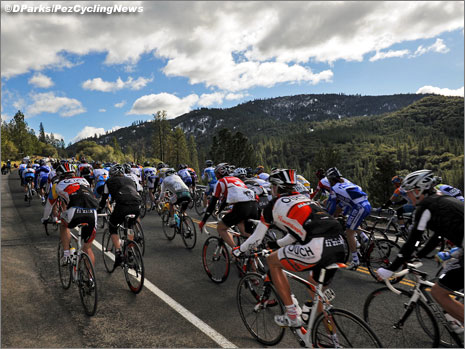 It really was a hard stage. They climbed a lot. 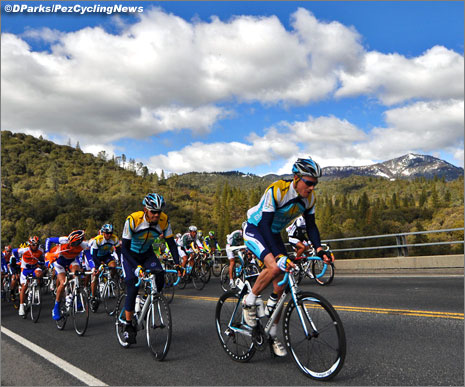 Astana once again had their hands very full keeping law and order in this lawless land of California. 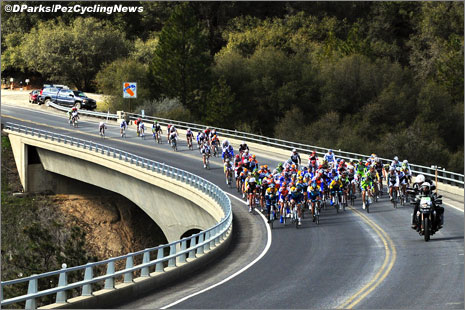 Notice the small field. The rain and wrecks have rid the field of a solid 40 riders, and this? Well, that’s because of the mountains. 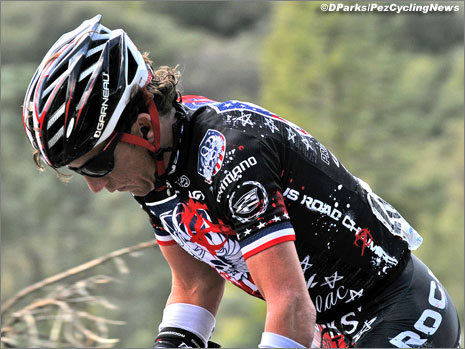 Tyler Hamilton enjoyed a long day out front and got the chance to show off his US Champion colors and that godawful Anarchy Rock kit. 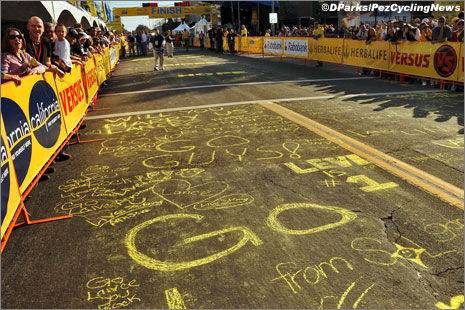 California is all about being environmentally friendly – chalk is the preferred form of road artwork…in fact, it is a necessity due to law problems with road paintage. 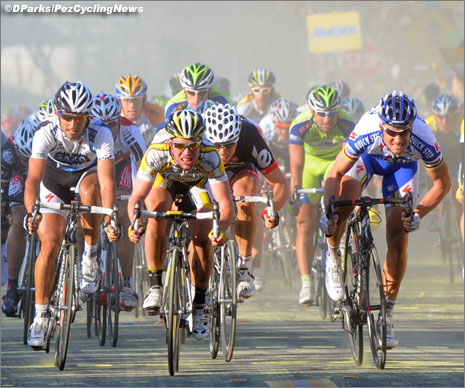 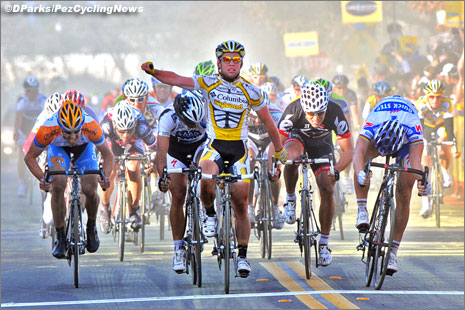 I got it, yeah! Oh hell, don’t do it, please no, please don’t get your tire in front of mine. 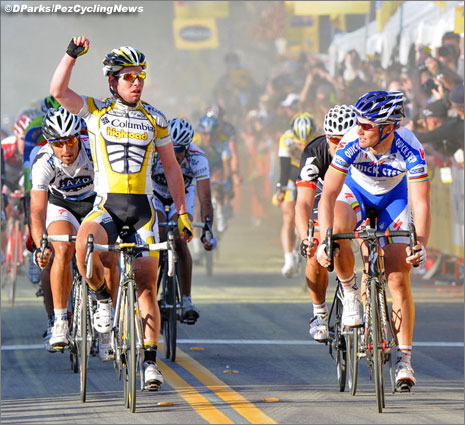 Alright, cool, I got it. 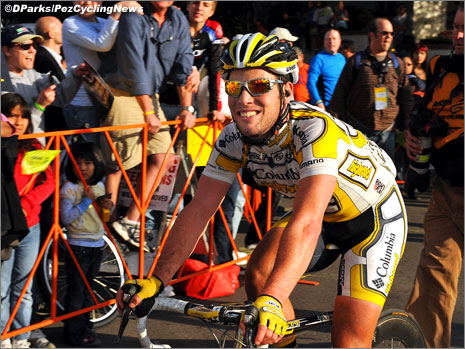 Cavendish was a happy Columbia’er following his first TOCA, I mean, ATOC, win. 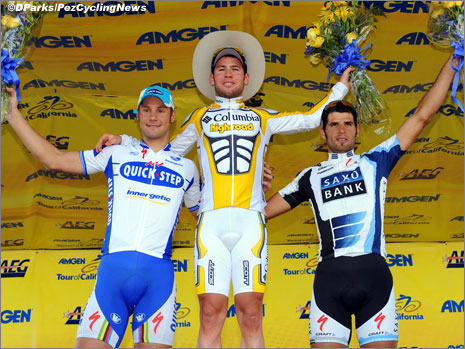 Cavendish, Boonen, and Quadzilla: JJ Haedo. Seriously, check out those legs. I think Haedo missed his calling. The track or speed skating would seem a better match. 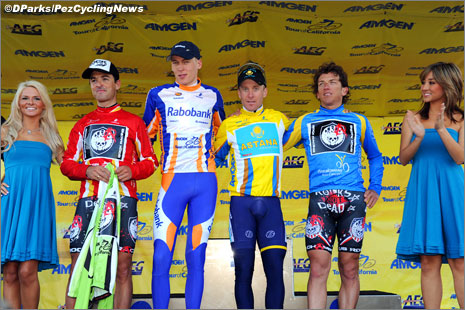 Paco Mancebo kept a firm grip on his points and KOM jerseys, whilst Tyler got the Most Aggressive rider jersey. Levi and Gesink are getting bored with the whole podium thing. They’re on the podium a lot in California.

Stage 5? Expect an early break with the possibility of going the distance, but most likely, we’ll be seeing the sprinters doing their thing in Paso Robles. 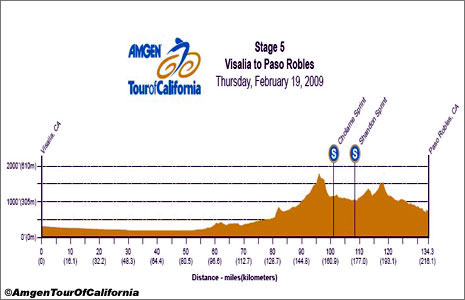