Yet another nice day of weather, yet another win for Mr. Cavendish. Cavendish has that scary look of invincibility that should make all of us a bit nervous. Let’s look back at the stage that was, and ready ourselves for the big day in Solvang!

There was no real question about Stage 5 – this was the sprint stage, hands down, it was a guarantee. At this point, I’m nervous to even think the word guarantee, but the end result was reassuring to my world of absolutes. 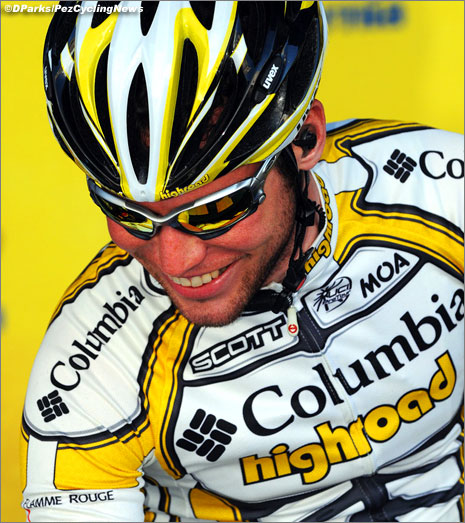 Mark Cavendish signed in and looked just as confident as ever. 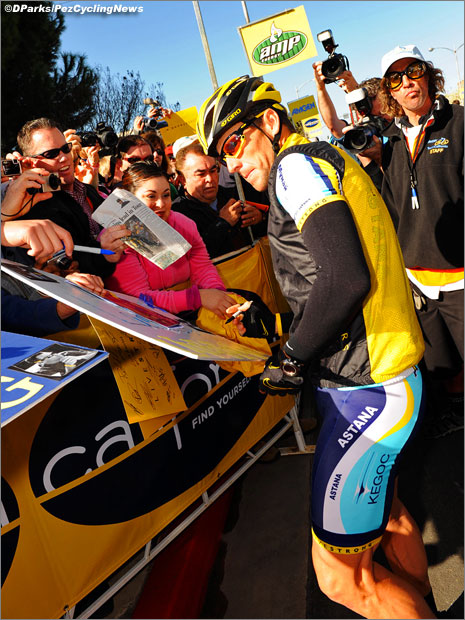 Lance signed in and looked just as hounded as ever. 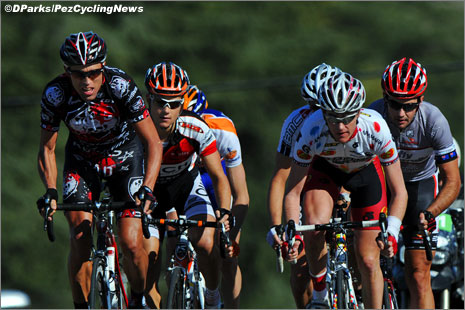 The early break got away and did its thing. 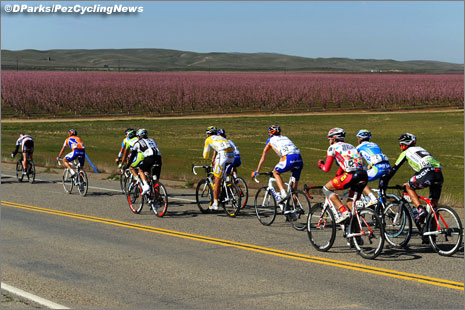 Kings County isn’t known for its stunning and varied scenery, but it ain’t bad! 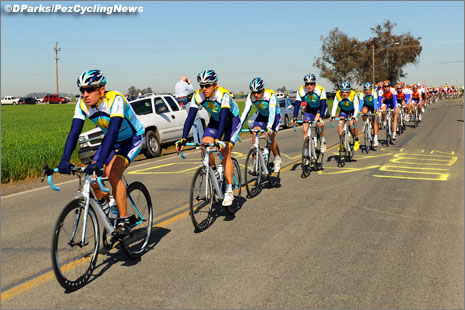 Astana did their thing on the front… 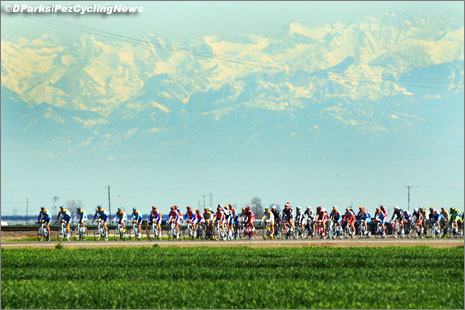 The mountains did their thing in the back… 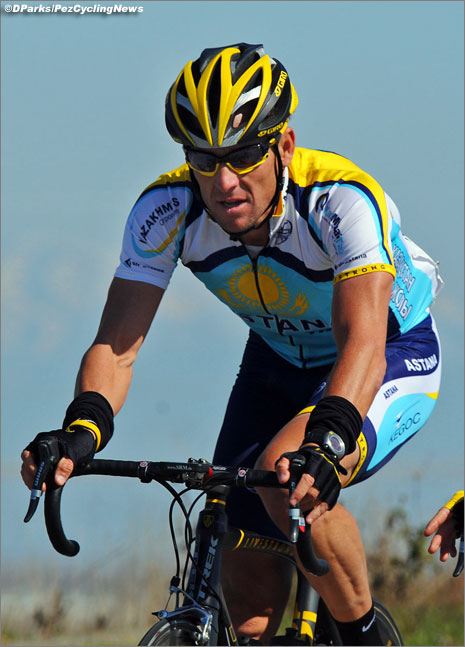 Lance was once again the able-bodied teammate. 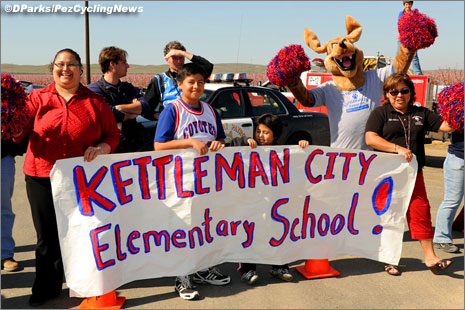 This might sound odd, but I used to live around these parts. 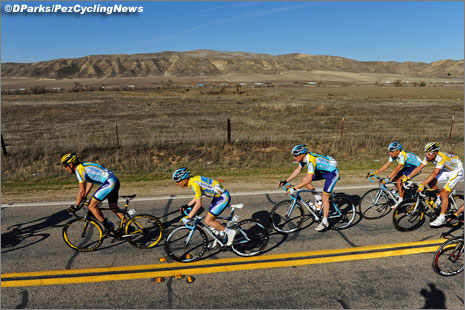 It gets hot and dry out there. 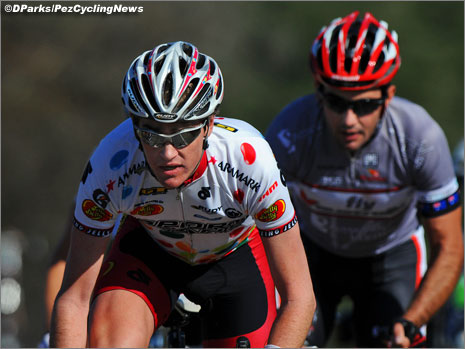 Matt Crane’s efforts in the day’s break earned him the most aggressive rider jersey. 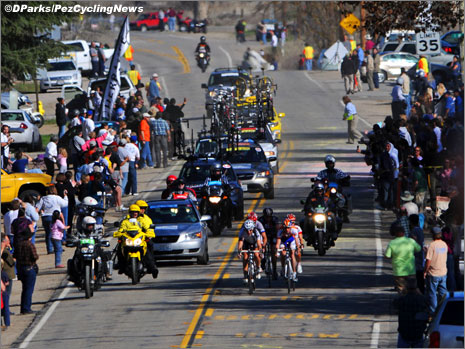 The break was solid until they started attacking each other. It didn’t take long for the field to grab em after that. 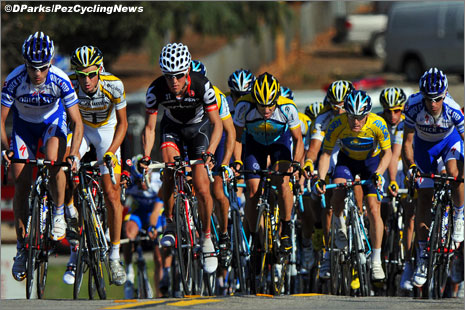 Getting ready to do some sprinting! 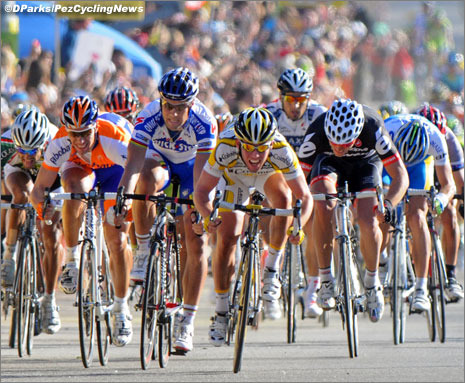 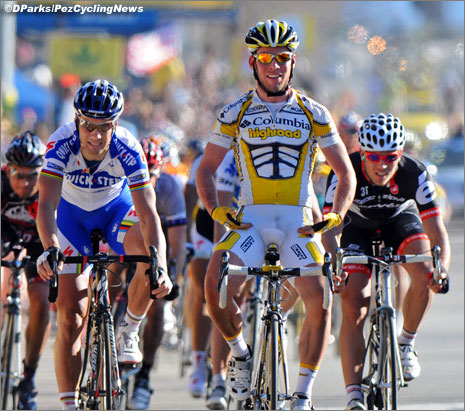 Um, is he giving us all the Rock’s infamous, Suck It? 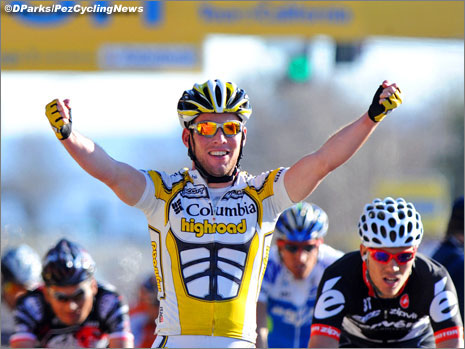 This looks a little more traditional. 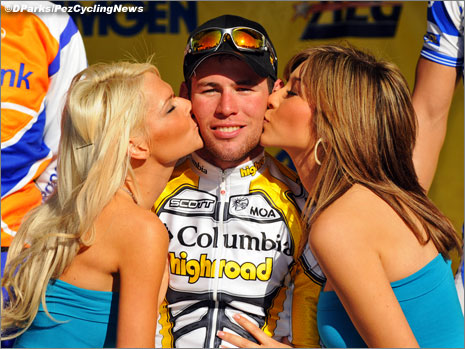 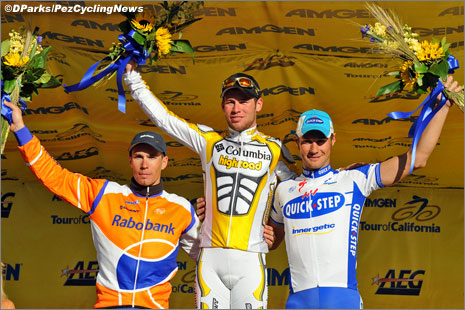 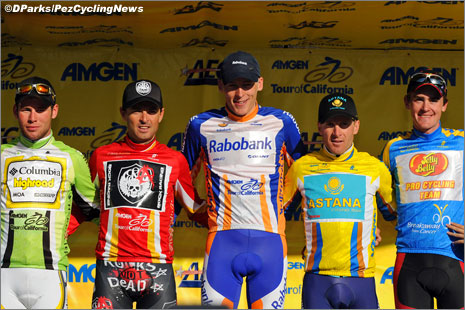 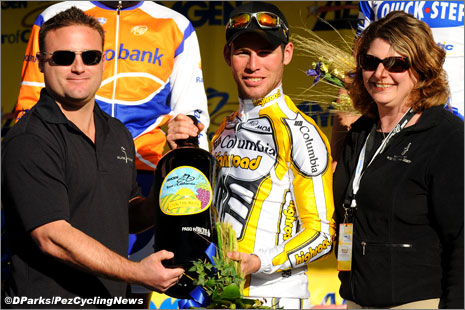