Of all of the stages that had successful break written on them (hardly any), this was the day. There was some work to be done to wrest free, but once free, it was the break’s stage to decide amongst themselves…have a gander at the photo journey through Stage 7! 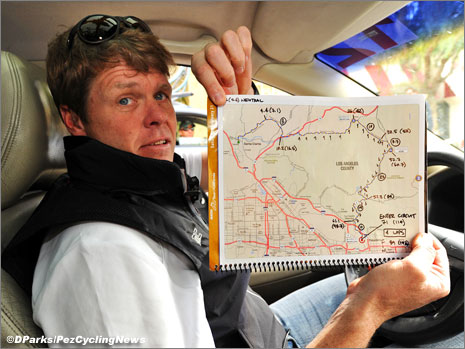 PEZ-Man Photog, Darrell Parks, got a ride in the BMC car for the day. DS Gavin Chilcott shows us what’s in store. 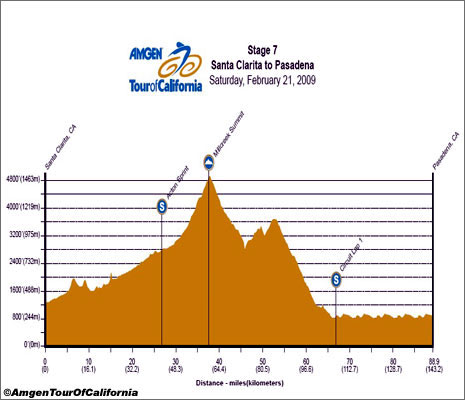 Yep, it was always going to be a hard day. 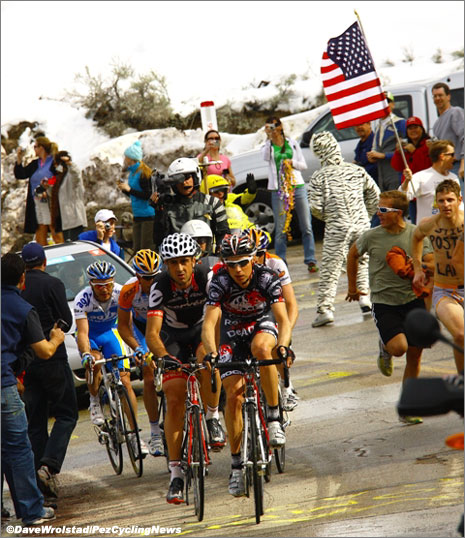 It took awhile, but when that break went…it was gone. 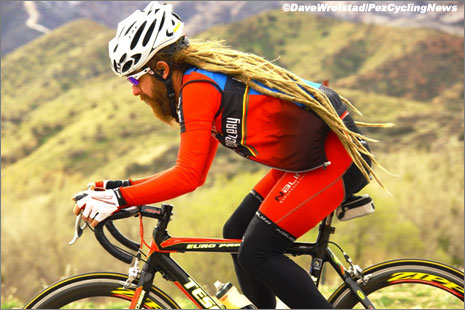 Everything doesn’t have to be about racing, ok? 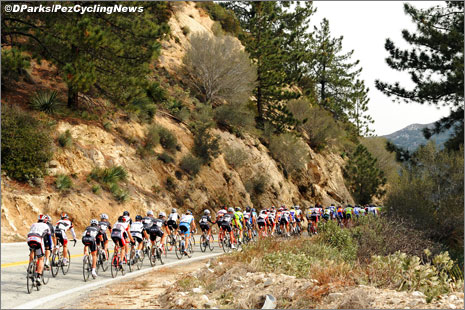 Will the climbing ever end? 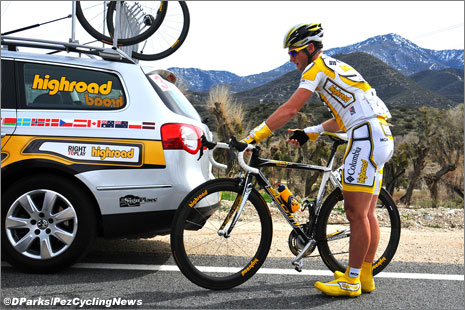 Yet another tough stage made for some more attrition: Mark Renshaw was one of the 9 DNF’s by day’s end: only 97 remain. 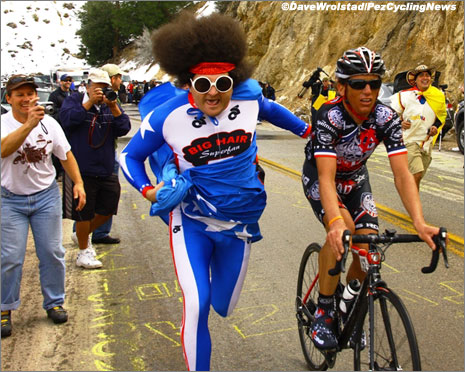 The Big Hair Superfan struck again (much to the delight of Tyler Hamilton – see, he clearly looks happy) in Stage 7. 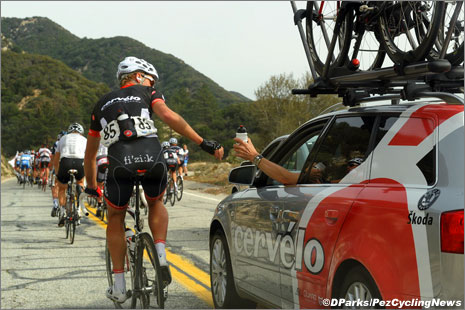 The view from the BMC car of Brett Lancaster back at his team car collecting bottles. 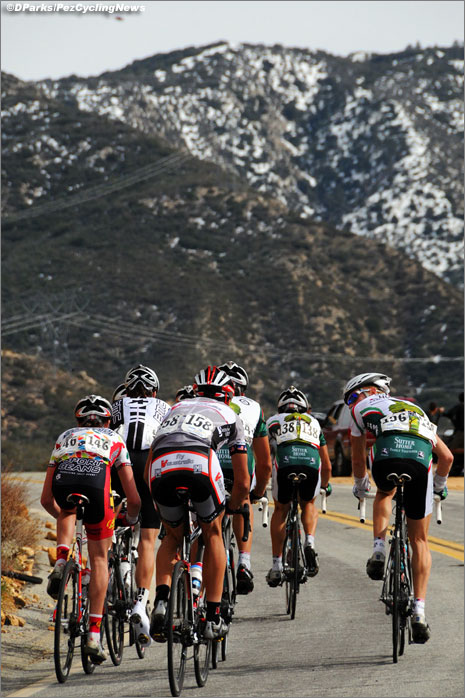 This group made a valiant chase, but couldn’t catch back on and finished a long way back. 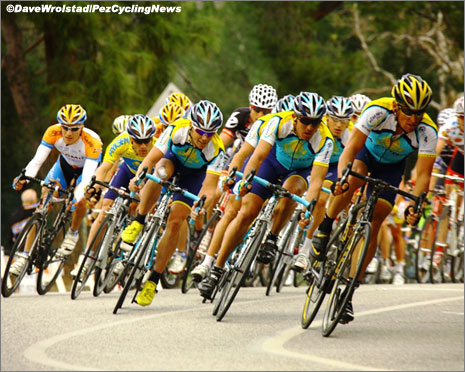 Lance was hard at work up front all day. Looking for better training? This is the best you can do. 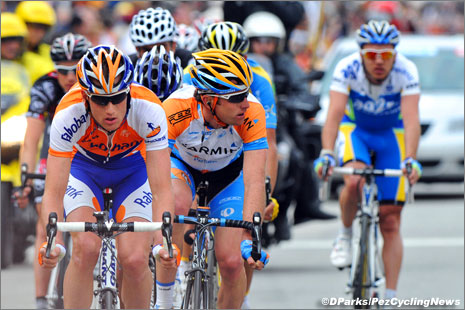 The break made it to Pasadena intact, and then the fun began. 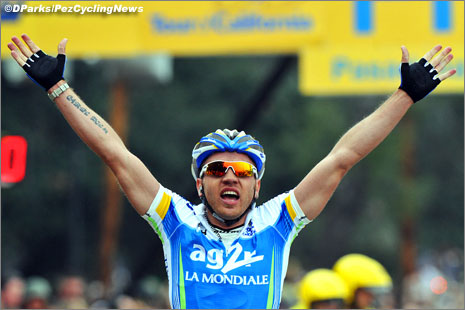 After 143k of full-on attacking racing, AG2R’s Rinaldo Nocentini outkicked Hayden Roulston and Pieter Weening to take his and his team’s first win of 2009. 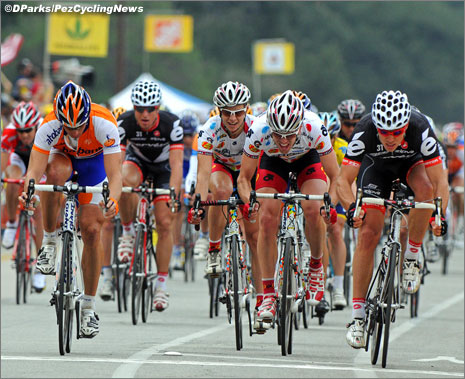 Thor Hushovd scooped up a few points when he took the field sprint for 12th. He is still 8 behind Cav. 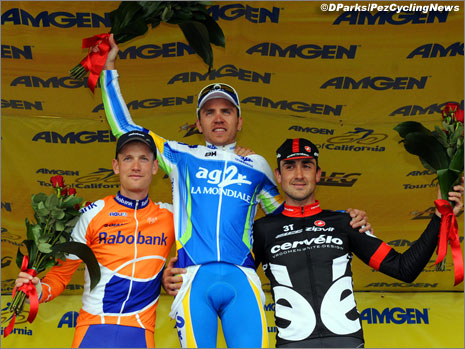 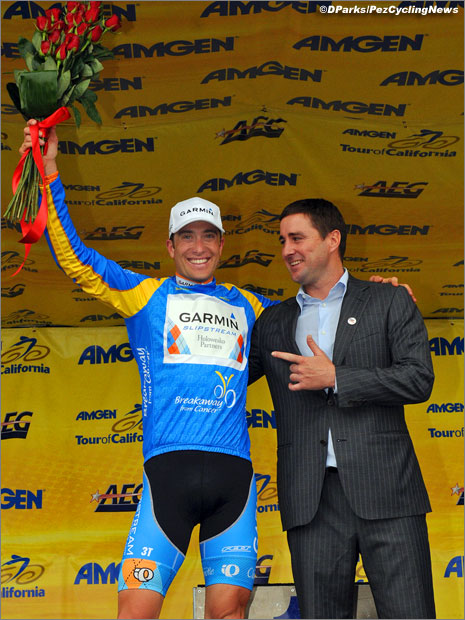 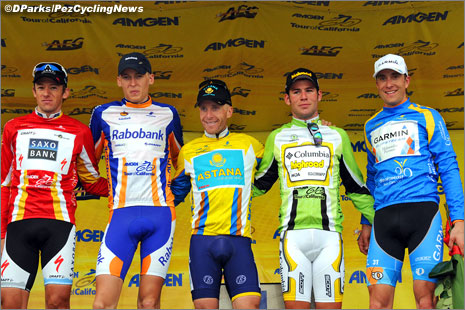 The jerseys…nothing much changing here except the disappearance of Francisco Mancebo. Poor Mancebo came to grief on the descent of the Mill Creek Summit and ended up in the hospital.