The final stage into Escondido was supposed to be one of those stages where all guns were drawn and all remaining ammunition fired willy nilly until all weapons were dry. That’s what happened. The overall classification was not turned on its head, but we were all treated to a fine day of racing. Let’s look back at one last stage, shall we?

The climbing started in earnest early and toughly (yes, I’m aware that’s not a word). The highly (let’s feast on adverbs!) touted climb of Mt. Palomar was on everyone’s lips and it was in fact a doozy. Attacks came left, right, center, and in the grass. Astana was instantly put under pressure, but since it is Astana after all, they responded with composure and success. 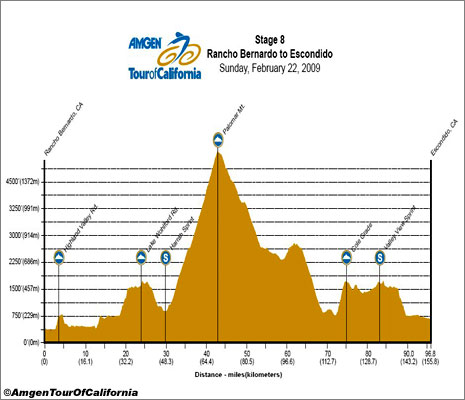 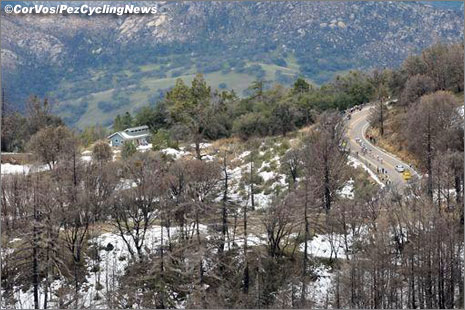 Yes, that is a nice view. 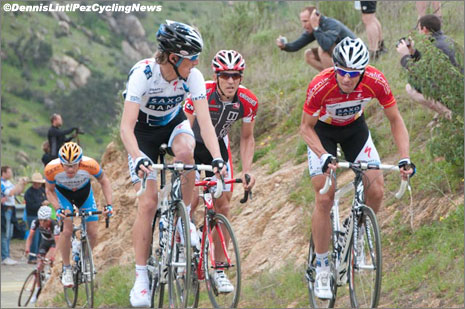 The early break would not go the distance, but it suffered gamely before the big dogs came flying up, and then turned on the after burners. Elder Schleck’s little brother, Andy, single-handedly put Astana on their heels for awhile until Elder Schleck went off on his own (with Nibali). 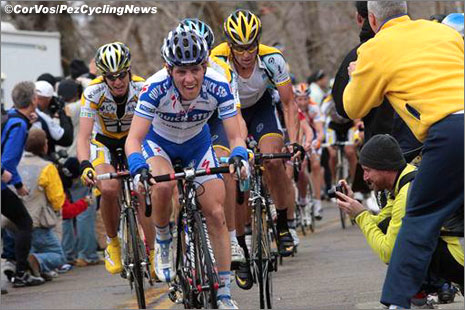 At the front of the race, the pressure was constantly on. It wasn’t surprising then that a solid group of all stars got free for a bit. The only surprise? Levi was completely isolated against three Saxers and two Garmins, plus a few others. 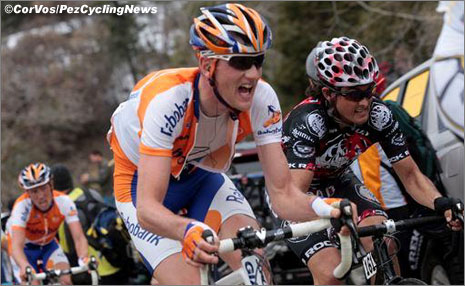 Yes, it hurt. It hurt a lot. Pieter Weening’s face does not lie. 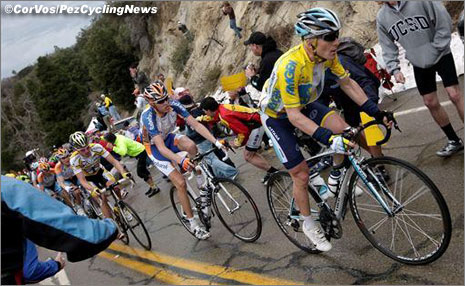 The whole isolation thing might perturb some, but Levi is flying. They could have put Levi against motorbikes and Bugati Veyrons and he would have been fine. 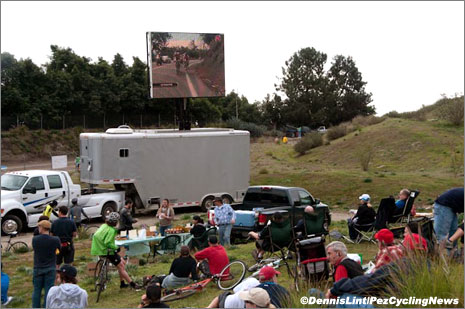 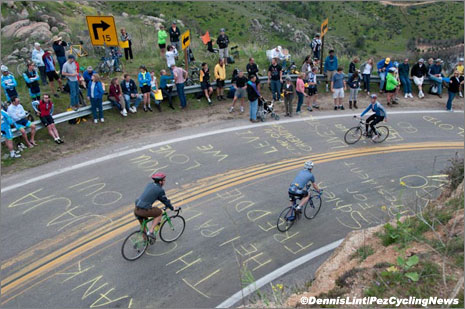 Thanks to all the fans that kept the road art in chalk! 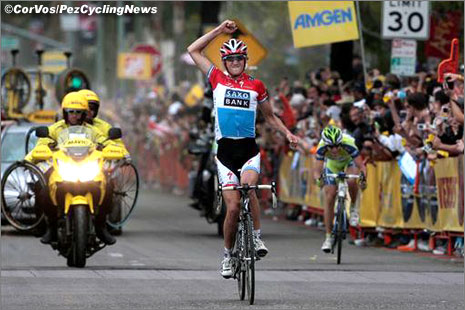 Frank Schleck made easy work of Vincenzo Nibali. Nibali hasn’t put up much of a fight in a sprint so far this week. He’s been there on a number of occasions and been dusted every time. 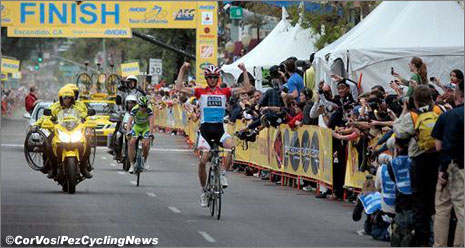 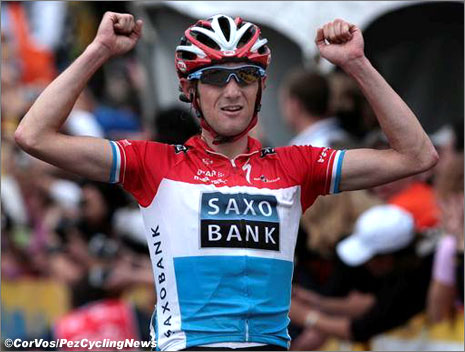 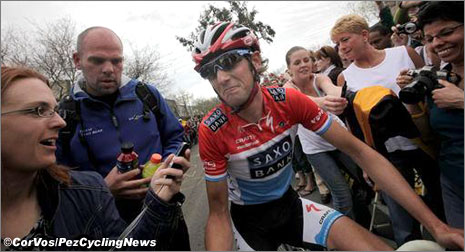 Aw shucks, I don’t know, I just rode my bike, pedalled hard, and somehow I won! 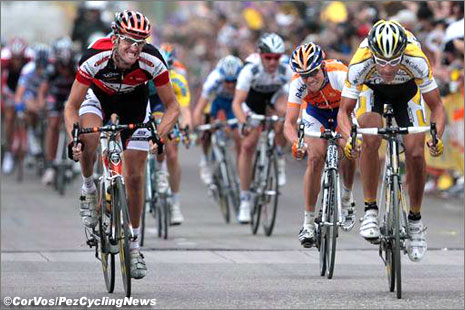 Rory Sutherland came up just short of the last step of the podium on the final day. The honor, instead, went to Mr. Hincapie. 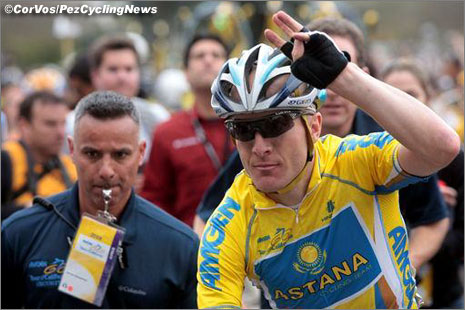 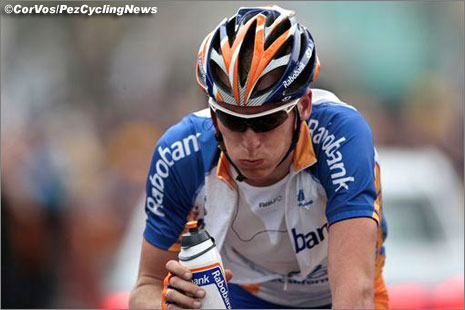 Robert Gesink held on to his Best Young Rider jersey with ease. 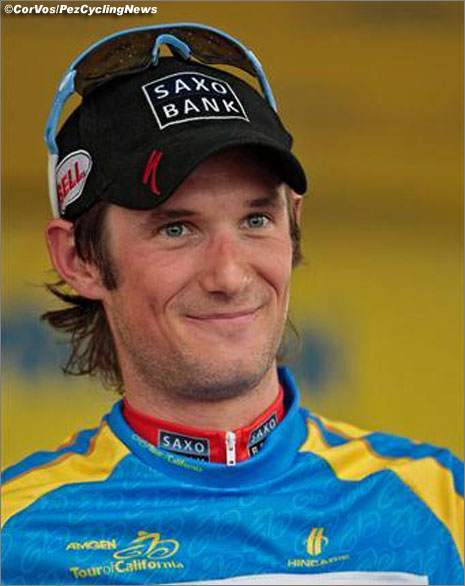 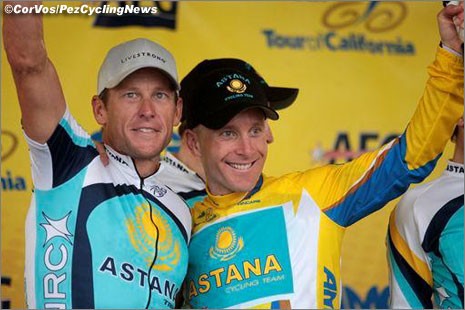 Lance and Levi: We rock!

Toolbox: Stuck In A Rut