The two marquee races of the ‘Cross season were saved for a bright, cold Sunday in Hoogerheide, Holland. The Elite Men’s and Women’s Cross World Championships showed once again why cyclocross is an incredibly awesome discipline. At the end of the day, there was compromise of sorts – both the Netherlands and Belgium got their World Champions.

I was quietly confident going into this afternoon’s Men’s race – this was Sven Nys’ year. He was going to take the day, I’d rejoice, and Ed would owe me two beers…and Jeremy Powers too (who cares if he was part of the bet or not). Then, a funny thing happened, neither Boom or Nys won, but rather, the quiet third favorite: Niels Albert. 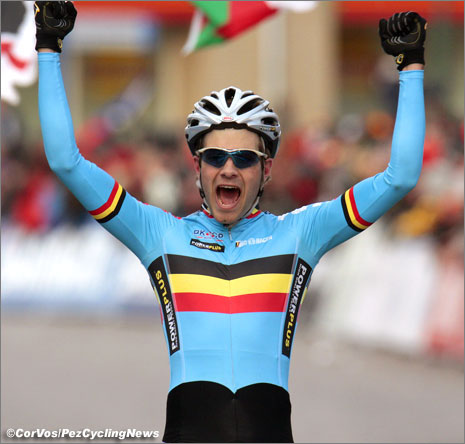 At the start of the season, Albert was right in the mix with Boom and Nys. When he ruptured his spleen, he was leading the Superprestige series and the wins were falling in his pocket rather quickly. Then he hurt himself warming up at Gavere, missed many a week, came back early and quietly, then started going really well (he nearly surprised Nys on the line at the Belgian Championships) – but still, how could this rider, who was just in a wheelchair not too many weeks ago, really contest for the World Championships? I just couldn’t wrap my head around the idea. 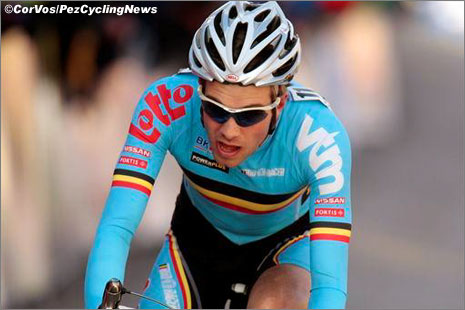 Niels Albert put on a supreme show of power today in Hoogerheide.

And so it happened today: the Belgians presented a completely united front and stormed the start with Niels Albert getting away early (in the first 15 minutes). A funny thing happened though – he never looked back. Albert spent the better part of an hour by himself. He was briefly joined by Czech favorite Zdenek Stybar around the 18 minute mark, but Albert just rode away. Stybar never again threatened and Albert was never again challenged for the lead. 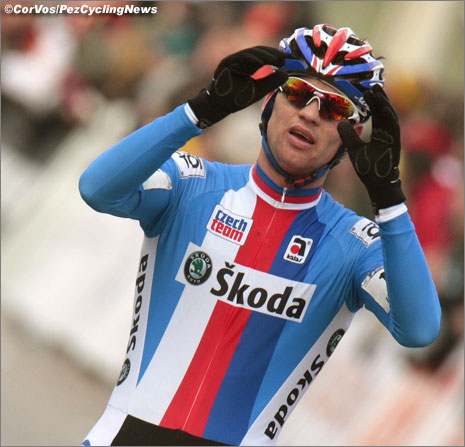 Two-time U23 World Champ, Zdenek Stybar, confirmed his current form and big game mentality with another trip to the podium.

Pre-Race favorites, Lars Boom (Netherlands) and Sven Nys (Belgium) did not factor in the race, but to varying degrees: Boom was a complete non-factor, whilst Nys rode a solid, teammate-like performance (really? Belgium?) to take 3rd. 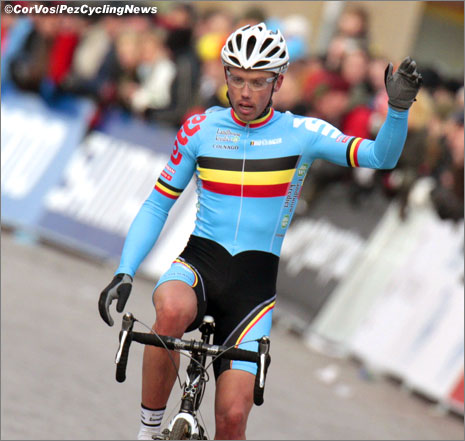 Albert, Stybar, and Nys were in a class of their own on the day – each arrived alone and unchallenged – and each enjoyed their stroll down the finishing straight. 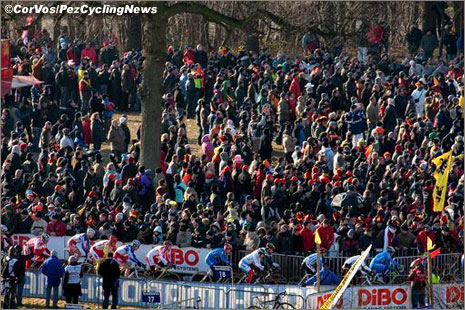 More than a couple of people came to take in the Sunday afternoon entertainment.

Niels Albert has pulled off an interesting feat with this win – and followed his arch-nemesis, Lars Boom, in the usual fashion: both have been Junior, U23, and Elite World Champions – Albert has always followed Boom’s lead the next season. 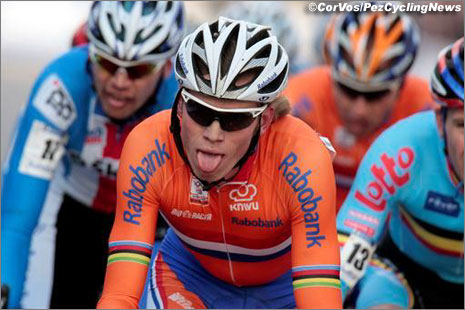 Women: The Three Favorites Do Battle! 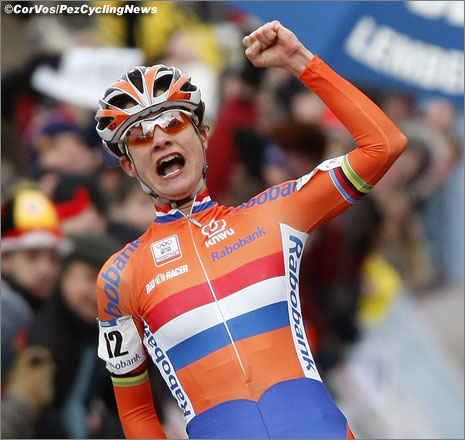 Unlike the men, the women followed the script to the letter: Marianne Vos, Hanka Kupfernagel, and Katie Compton were seen as the big favorites, and they played like big favorites. The trio left everyone behind and settled the race amongst themselves. 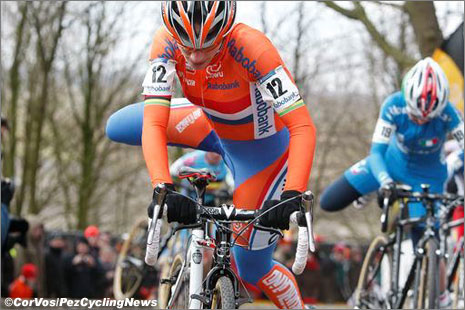 Katie Compton and Hanka Kupfernagel have arguably two of the biggest engines in cyclocross, if not cycling in general, and they did their damndest to be rid of a certain pesky little Dutchwoman. They attacked and countered, but Vos held on.

That was a big problem for the hopes of either Compton or Kupfernagel. Marianne Vos is one of the fastest finishers in women’s cycling – it doesn’t matter what surface you put her on: dirt, wood, or pavement. And so she followed the wheels, cleaned her weapon carefully, loaded it, aimed, waited for her moment, and blew them both out of the water on the flat finishing straight to take her second Cross World Championship. 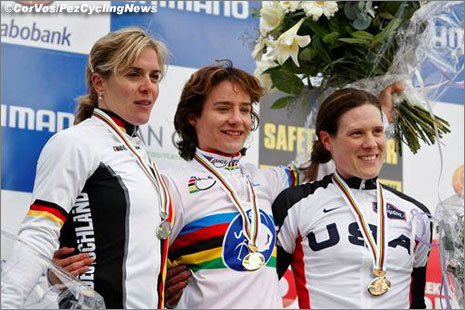