Off-Season PEZ: Racing With The Stars In Curacao

We’ve said it before; if the stars are out, Pez won’t be far away. The recent Amstel exhibition race on the Caribbean island of Curaзao, was contested by the likes of Mark Cavendish and Thor Hushovd – with Alberto Contador running out as winner. American Patrick Lyons was on the scene, mingling and racing with the stars. Here’s what he had to say…

PEZ: A little background on you first, please, Patrick?
Patrick: I’ve been a cycling journalist since 2005. Prior to that, I have been involved in cycling since 1980. I raced a few seasons in Europe in the mid 80’s with some moderate success. I competed for the Military during my enlistment in the Army. 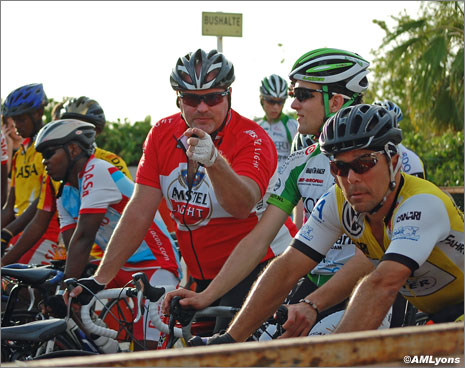 Patrick on the start line in Curacao.

After that, I was a pro for two seasons with the now defunct National Cycling League; which was a city based professional criterium league that had a lot of potential but kind of fizzled out. Since then, I have competed in the World Police & Fire games in 2001 and had a top 20 placing. 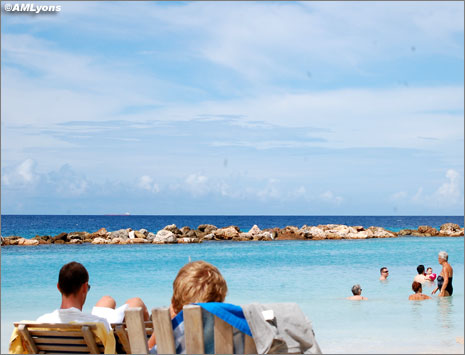 That is unquestionably fantastic.

PEZ: How did you land such a tasty gig?
Patrick: I interviewed the promoter Leo Van Vliet in 2005, and he invited me to the race. 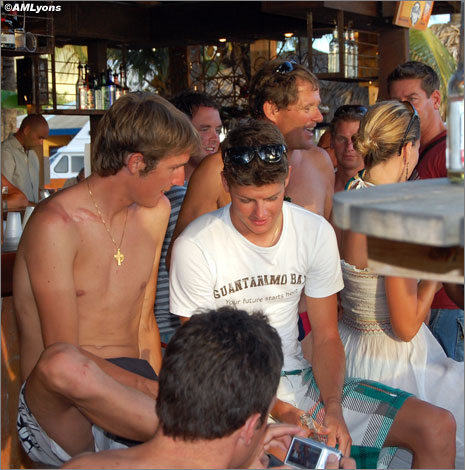 Andy Schleck is a favorite down in Curacao and an all-around nice guy.

PEZ: Tell us a little about Curaзao.
Patrick: Curacao is 45 miles north of Venezuela in the Caribbean Sea. It’s the ‘C’ island of the ‘ABC’ chain. The island is 38 miles long and approximately 7 miles wide. Year-round average temperature is 81 degrees. The terrain varies a fair bit across the island. The majority of the island’s residents speak Papiamentu, which is a Creole language influenced by Portuguese, English, Spanish, and Dutch. The capital is Willemstad. 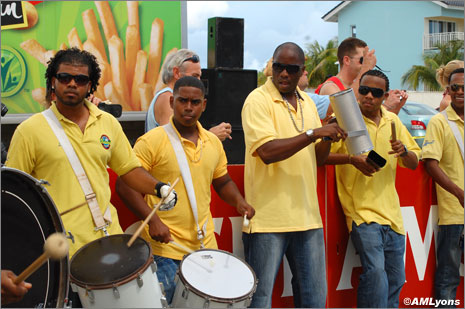 PEZ: How did the race come to be?
Patrick: Leo had spent time in Curacao in the past and with his relationship with Amstel in Europe he was able to continue their involvement by promoting a race that featured the big stars. It’s good for tourism on the island and the riders get an opportunity for a working holiday with their fans. 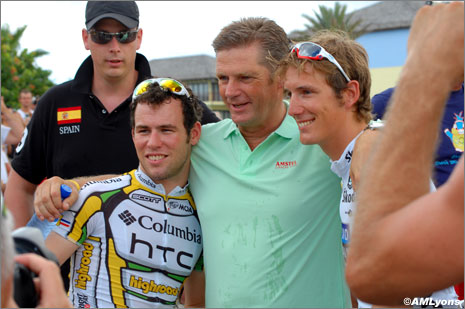 Leo Van Vliet with a couple of tourists.

PEZ: Who chooses the field?
Patrick: Leo Van Vliet, the promoter. He also promotes the Amstel Gold Race. Leo also has won 2 stages of the Tour de France & Gent-Wevelgem during a very sucessful career. Last year, he was named Coach of the Dutch Professional Squad for the World Championships.

PEZ: Did Lance get an invite?
Patrick: Yes but could not attend due to prior engagements. Plus it would have been a little awkard with Bert being there.

PEZ: What’s the course like?
Patrick: There were actually 2 races this year. The first one was the Jan Theil Criterium at the Zanzibar Beach & Resort (won by Tour hero, Kenny Van Hummel of Skil.) That course was a 1.8 km circuit with a very fast descent and a false flat climb up the back stretch. 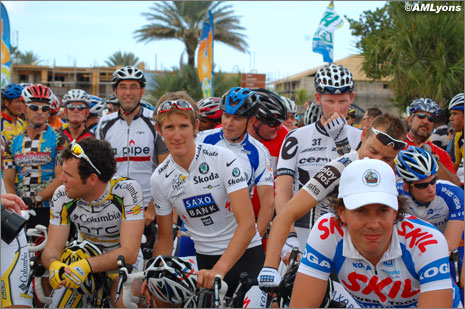 Getting ready to go!

The Amstel Curacao Race is an 80 km out and back course that features a climb of the Grote Berg, the highest point on the island, and a climb over the Queens bridge that spans the harbor in the Capital city Willemstad. A lot of heat, wind usually accompanied with rain and rough road conditions. 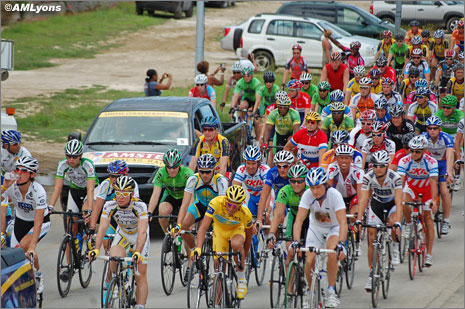 PEZ: Is there a good crowd, are they enthusiastic?
Patrick: It’s the biggest sporting event on the island of each year. Fans come from around the world to spectate and participate in the race. It’s also covered by Television in Europe and a live radio broadcast on the island. So the answer is YES they are enthusiastic. The climb up the Grote Berg is like a TDF mountain stage with crowds packing the road on both sides and you ride up through a tunnel of screaming fans. Pretty cool. 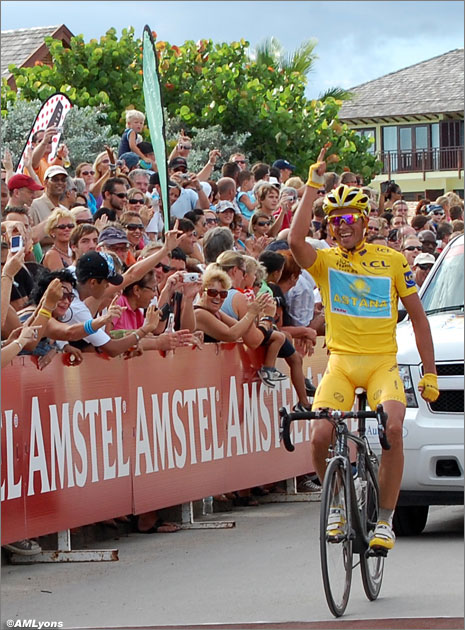 Alberto Contador took the win for the second year in a row.

PEZ: Are there decent standard local riders?
Patrick: Yes; the two big hitters on the island are Quentin Winkle and Barry Bakker. But you can see the difference between the Europeans and the local riders. 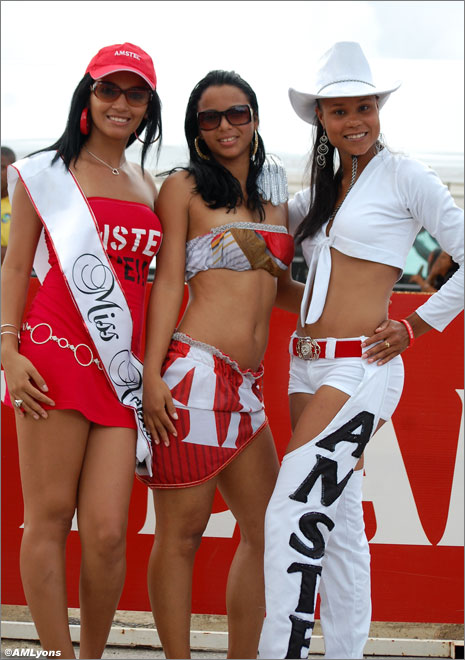 PEZ: How serious is it?
Patrick: For the pros, it’s a working holiday of sorts. But for the local amateurs, it sets the pecking order and bragging rights for the next season. The amazing thing is that you get to race with all of the stars that you see in the magazines and Television. It’s the ultimate fantasy for a club racer. 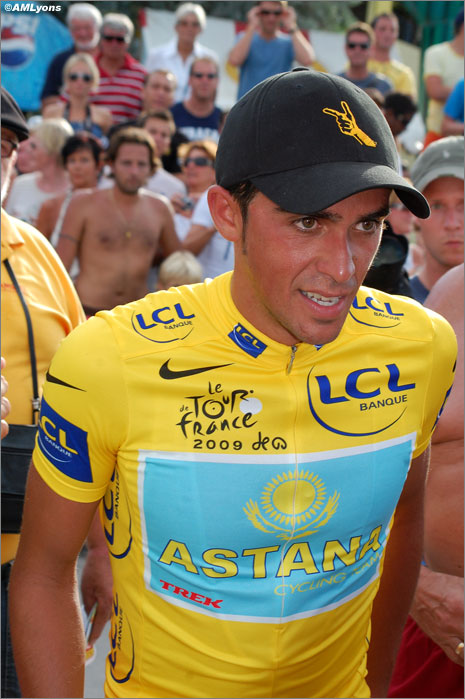 PEZ: You finished top 20.
Patrick: In the Jan Thiel Criterium yes; I had a very good day. 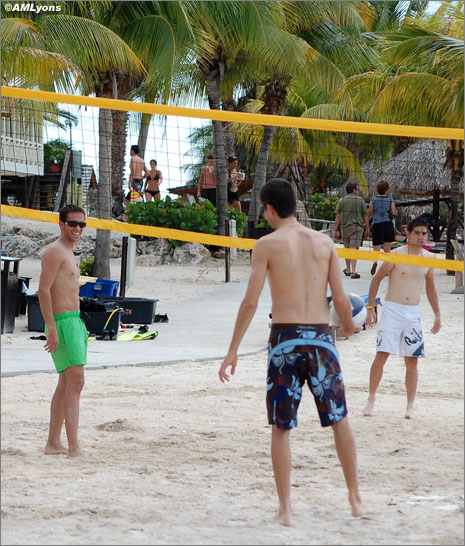 I doubt Contador is a 1000th as successful at volleyball as he is on a bike.

PEZ: Did you get to ‘hang with the stars?’ Who’s coolest?
Patrick? The coolest thing about the event is that you get to interact with the riders in a way that would be impossible during the season at the high pressure World Cup events. As far as the coolest, that’s tough. I’ve met some of my cycling heroes over the past few seasons, Francesco Moser, Johan Van Der Velde, just to name a few. But of the current riders, Frank and Andy Schleck along with their agent Orlando Van Den Bosche are by far the coolest. Mountain bike star, Bart Brentjens, is also extremely down to earth and cool. 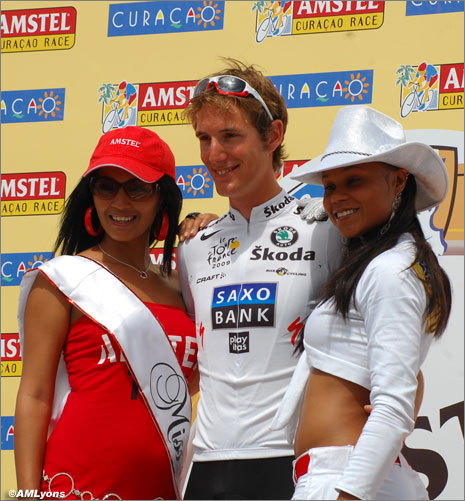 PEZ: Who’s the best swimmer?
Patrick: From what I hear, it’s Frank Schleck. But they are all amazing athletes. 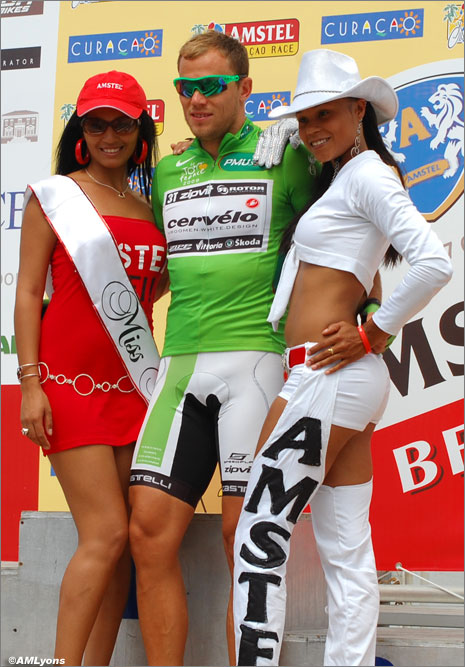 PEZ: Who looks least scrawny, with his shirt off?
Patrick: Tom Boonen by far is the most buff of the crowd and Thor Hushvold is pretty thick.

PEZ: Was there much scuttle butt about Alberto/Astana and Brad/Sky?
Patrick: No, there was no real talk about the business end of the sport. While all the rumors were circulating, about money and contracts, Contador was swimming with the dolphins. I’m guessing he’s pretty confident of his financial future. 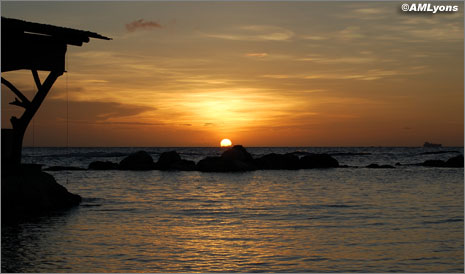 PEZ: How many years younger do wish you were?
Patrick: I’m 45 now; it would have been nice to get a result like this at 25-30. But just being part of it the past 5 years is enough. I’ve made my bones. 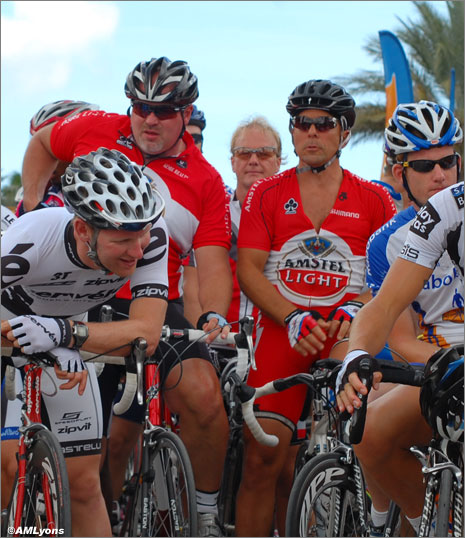