Paris-Nice’09: Fleeman Wraps It Up!

There are so many stories that make up every bike race. Each rider, each manager, each staff member – a story. We’ve been lucky to get a view inside Paris-Nice with Cervelo’s Dan Fleeman. Fleeman’s story has been a hard luck one, but that just makes it all the more interesting. Read on!

PEZ: I didn’t see your name on the finishing list, Dan.
Dan: No, I had to climb off after the feed at around 80 K; I was coughing up blood, the DS spoke to the team doctor and he said that I should quit. I’ve not been feeling well at all for the last few days, better to quit now and get healthy again rather than risk compromising my whole season. 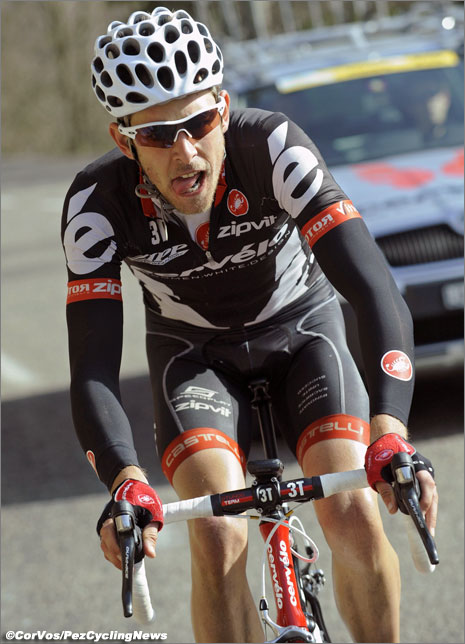 Dan suffered quietly through most of the race, but had to pull the plug midway through Stage 7.

PEZ: It’s very professional that the team has its own medical staff.
Dan: Yes, we have a nutritionist too; they keep an eye on us and make sure that everything is going as it should. 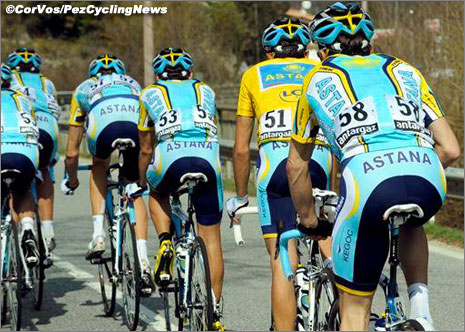 Where’d Astana go? Who knows. Worry not, this won’t ever happen at a big race…just think what it might look like when Contador, Lance, Levi, and Kloedi get together!

PEZ: How’s the head?
Dan: I’m not feeling on top of the world, but I have around three weeks until my next race – the GP Miguel Indurain in Spain. I need to rest and recover and get this infection out of my lungs before I get back into training again. Somebody said to me; ‘I thought all those hills would suit you,’ but if you’re not well and it’s not your day then it’s not going to happen. 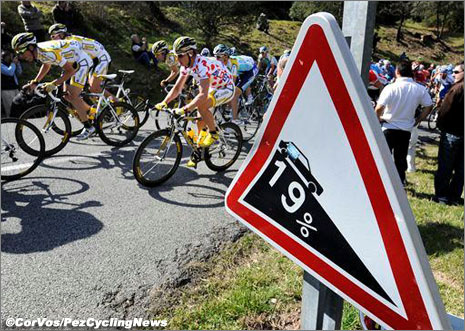 I thought all those hills would suit you!

PEZ: When do you go home?
Dan: I can’t get a flight until tomorrow night, so I’ll be with the team tomorrow; I might go for an easy pedal then watch the stage on the team bus TV. 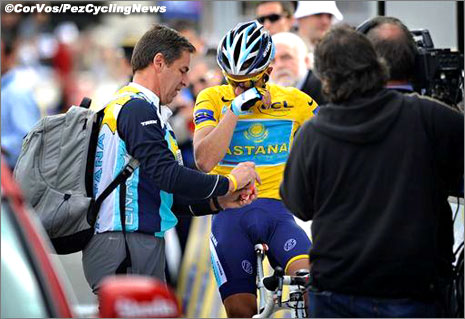 PEZ: What’s the inside take on Bert’s collapse; shouldn’t he have let Colom go?
Dan: Jean-Paul, our DS was saying that; he was chasing everything down, doing too much and paid for it. After I quit, the soigneur drove to where the team buses were – around two kilometres to go – we couldn’t get Eurosport on the bus TV, so we didn’t know exactly what was happening. When Sanchez appeared it was ridiculous how fast he was going, he was swerving around, trying to grab a little shelter off the motor bikes – just flying! Then the Chavanel group passed, but there was no Contador – eventually he came up, on his own, but he was going at half the speed of Sanchez. After that I believe the Evans group caught him and spat him out. 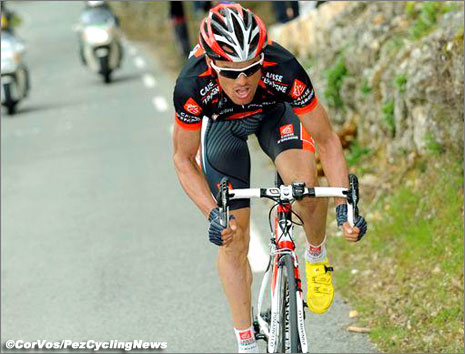 Luis Leon Sanchez did not catch the bonk. He caught a Yellow Jersey as it fell off Bert’s shoulders.

PEZ: It looks like Heinrich won’t get the points jersey, now.
Dan: Jean-Paul had already decided that, he knew the GC guys would be battling and the points would probably go to them, so we’re not too disappointed about that.

PEZ: Can we talk to you tomorrow for your insights into the finale?
Dan: Of course, I’m looking forward to tomorrow – I’ll get a long lay in my bed!

PEZ: Did you get your long lay in bed?
Dan: Maybe 30 minutes extra, I had to leave with the team in the bus with the team but I didn’t have to eat as much at breakfast, so I got a little extra sleep. 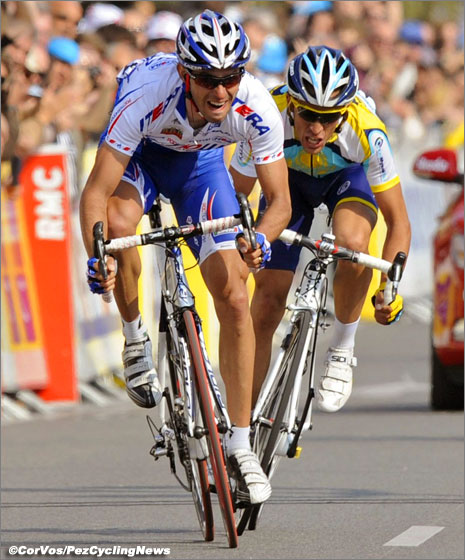 Antonio Colom added another victory on the final day to his quality count for 2009.

PEZ: Did you see Toni do the biz?
Dan: No, I didn’t see the race; it was finished before it came on Eurosport. I didn’t go to the finish, it was so crowded and anyway, the cafй I was in was just fine!

PEZ: Your first really big stage race – lessons?
Dan: Don’t go training in the rain for hours on end a few days before a big race like this! My first race of the season it was chucking it down and cold and I think that I must have dragged my immune system down; then I was training in the rain after that. Having said that, half of the peloton here has had colds, sniffs and bugs. I can’t really complain, I’ve had good health all winter, it was just bad timing; it would have been fine to be sick next week! 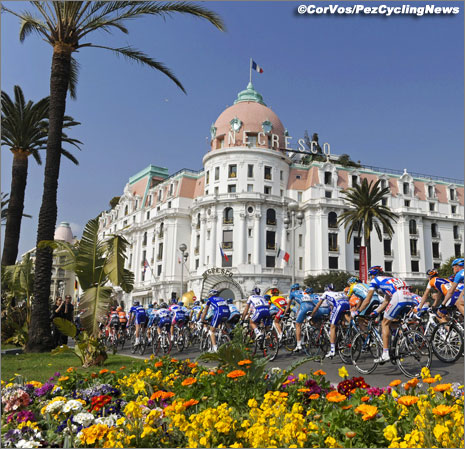 Nice is oh so lovely.

PEZ: Is there a team de-brief after the race?
Dan: There are a lot of transport considerations at the finish, with riders catching flights all over the place and the mechanics and soigneurs having to get the vehicles moving – we had a truck, a bus, a camper and three or four team cars here. Jean-Paul comes round the rooms every night after the stage to talk to us all individually about how the day went. And in the morning we discuss he plan for the day on the team bus.

PEZ: Will you be talking to your coach tomorrow? (Hunter Allen of Training Peaks)
Dan: Yes, we exchanged a few emails during the race but nothing really went to plan in the race because of my illness. We’ll talk tomorrow; I’m on antibiotics, so we’ll have to discuss how many rest days I’ll take then how soon I can get into training after I’m finished the course. 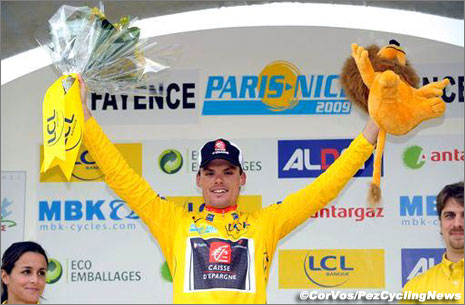 PEZ: Do you have to watch what you eat when you’re not training?
Dan: Yeah, in a race like this, it’s ridiculous what you eat, you’re piling food in to yourself all the time. When you get home, you have to click out of that mindset – if you continued raking in 6-7,000 calories-a-day you wouldn’t be long in putting on weight.

PEZ: Is it a direct flight home to Birmingham?
Dan: No, we have to go via Frankfurt, but I should be home for 10.00 pm – I’ll get that long lay tomorrow!

***
Dan will be talking to us again for the Ardennes Classics, meanwhile; ‘get well soon, Dan’ and thanks for taking the time to talk to Pez during one of the toughest ever ‘Races to the Sun.’