“When you see the track, you think, no way, I can’t ride that ! it’s too small !” and that’s from world madison champion, Michael Morkov. Ed Hood is once again in the trenches doing the dirty work. Before he got started with his job, he took look at the Gent Six and what we can expect over the next 1,2,3,4,5,6 nights of full-on racing.

Compared to the wide open 210 metre pastures of Grenoble, at 166 metres, the Gent track does look tiny; the bankings aren’t really steep enough and you can’t ride the top 400 mm of the track, because the crash barriers overlap the boards by that much.

But legends aren’t necessarily perfect; and this is a legendary place – it was 1922 when world hour record man, Oscar Egg partnered Marcel Buysse to victory in the first Six Days of Ghent, or Z6 Daagse Vlaanderen – Gent, as it is, now. 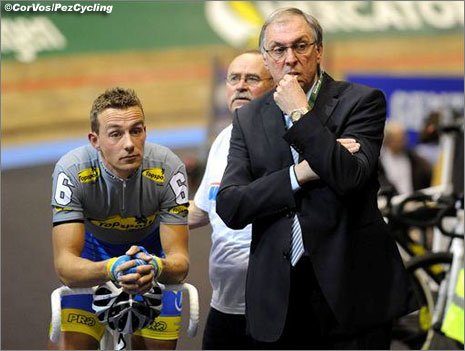 But not far behind this phenomenal record is another Belgian, Etienne De Wilde. Classy De Wilde could win Het Volk, the Belgian pro road championships or a Tour de France stage – as well as 38 sixes (equal seventh in the all time list of winners) of which nine came at Ghent along with six seconds, two thirds, a fourth and fifth – that’s 19 top five places. 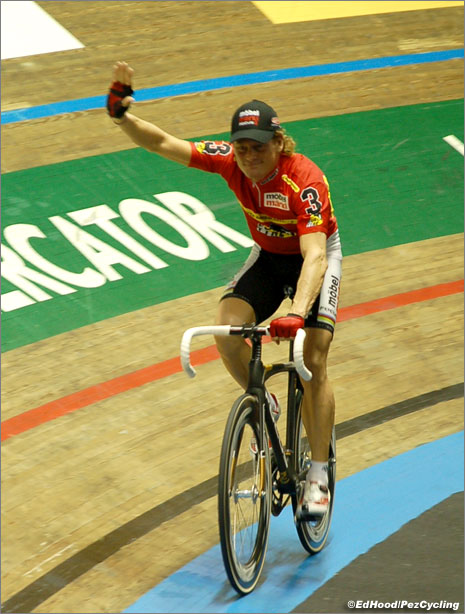 This will be Bruno Risi’s final trip to Gent as a racer – can he leave with his fourth win?

Risi rides again this year, his farewell season; when 2009 turns to 2010, Risi will enter his 20th year as a professional. He’s been four times world points champion, twice world madison champion and has won 58 six day races – that ranks him fifth in the all time list of winners. Can he win for a fourth time?

It’s highly possible – his partner in team three for this year, countryman, Franco Marvulli is ‘hot,’ coming straight off wins at Munich (with Risi) and Grenoble (with Luke Roberts). 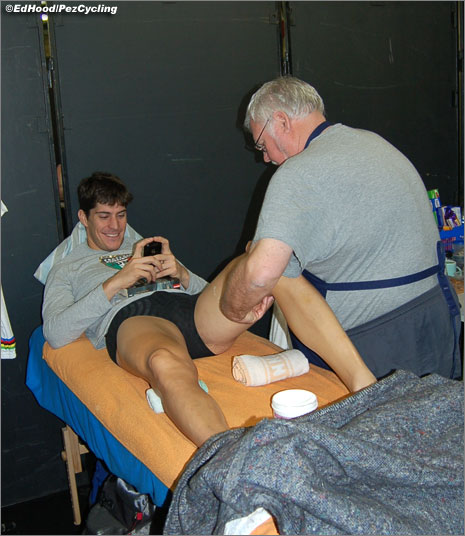 Franco is relaxed, ready, and fast as always.

Only the best teams need apply for podium places in this race. Step forward dynamic Danish duo, Alex Rasmussen and Michael Morkov – current champions of the world and wearing number one. They were second at Munich and are hungry for another win to go with their two at Grenoble and one at Copenhagen. 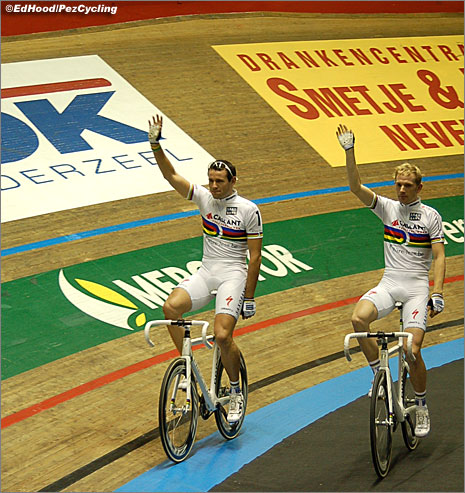 Morkov and Rasmussen are going well – they will factor highly this week.

Team two is from the other side of the world, Aussies Glenn O’Shea and world omnium champion, Leigh Howard. This duo won the famous Bendigo madison in their homeland and will be trying hard to continue the great Australian tradition in Ghent – Danny Clark won seven times, here.

Team four comprises Dutchman Danny Stam and German Leif Lampater. There are ten years of an age difference between the pair. But the older Dutchman still hasn’t found a partner to match Robert Slippens, who never really recovered from a terrible road crash and retired just as he and Stam were asserting themselves as one of the great teams. Lampater meanwhile, is on a different trajectory; straight to the top. 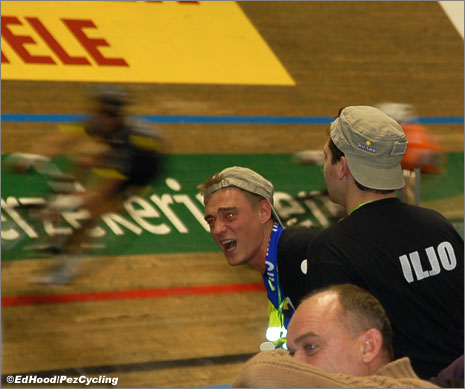 To say Iljo is the home favorite is to put it shamefully mildly.

Iljo Keisse is the spiritual successor to Patrick Sercu and Etienne De Wilde; his dad managed the velodrome and now owns a bar just a five minutes walk from the track. Iljo won here in 2005 with Matt Gilmore and has topped the podium for the last two years with Robert Bartko. But when Iljo returned a positive sample at last year’s race, the German wasn’t exactly supportive of his partner. 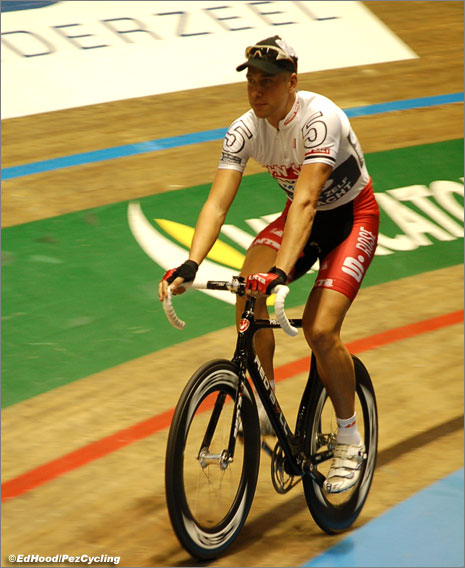 That’s why for 2009, Iljo has changed Germans to form team five, he rides with the man who partnered Bartko to victory in Amsterdam – Roger Kluge. This is a pairing that could win – and the sell out crowd will be 100% behind them.

Bartko has changed Belgians – to Kenny De Ketele; the 24 year-old Belgian has ridden 27 sixes and won one. This looks like a podium pairing, but not strong enough to overthrow Risi and Marvulli. 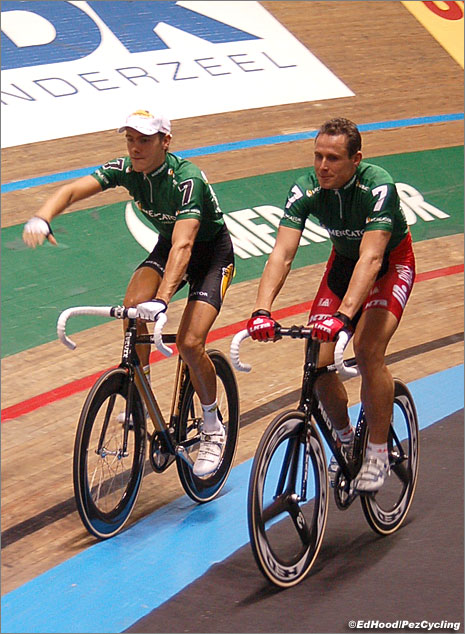 The rest of the field of 12 two man teams contains some solid riders, like Dutchmen, former world points champion, Peter Schep and former Grand Tour stage winner, Leon Van Bon – but the podium will come from the six teams we mentioned above.

The event is completely sold out, the track looks good, the breweries have been on over time and Iljo’s legions of fans want revenge on the ‘powers that be’ for the slur on their boy.

And Pez is right there – we’ll be doing our very best to bring you the sights, sounds and smells from the ‘Kuipke’ velodrome in what promises to be an epic battle.