Race Report: The Under 23 men kick off the 2009 World Champs with their time trial around the undulating Swiss roads of Mendrisio. Many of the Under 23 riders will be going on to Pro careers after today, but they still want to be World Champs and young Jack took the honours for Australia.

The World championship time trial for Under 23 men is run over two laps of a 16.6 kilometre circuit; this gives them 33.2 kilometres of fairly flat roads with 240 metres of climbing. The start is on the outskirts of Mendrisio and drops down to Capolago then a short climb lifts them up to Rancate to undulate the last 5 kilometres to the finish. This is the same course that the Elite men will use tomorrow, but they will ride it three times. 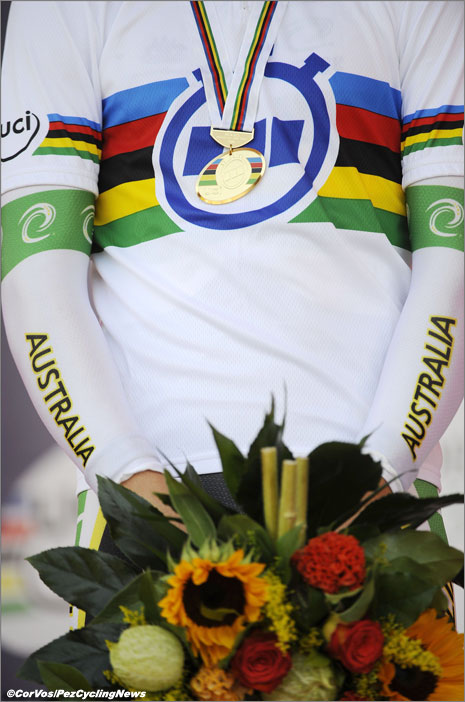 There wasn’t much of a crowd on the mostly country-side course, they were riding two laps so riders were passing through the finish area as other riders were making their last effort, not so bad for the riders, but the following cars were getting a bit confused! 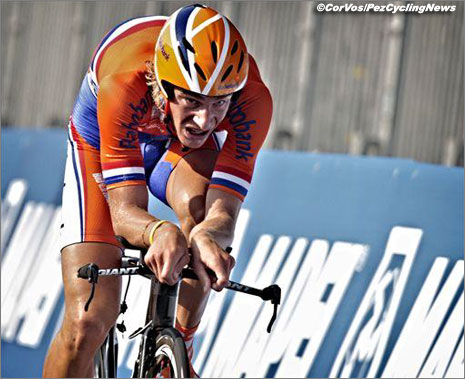 Early starter Travis Meyer from Australia was leading at the halfway point until big Dutch boy; Dennis Van Winden put up a time of 20:44 to set the pace for the others. GB rider, Andrew Fenn was a bit off on the first lap with a time of over 21 minutes as Van Winden was laying down the best finish time of 42:04, but it was early days and there were still many riders to start.

The course had everything: lots of farming land, a bit of an industrialised area, then some narrow, twisty village streets, and of course that lake view, very nice, but expensive. Many of the teams are staying over the border in Italy to save a few Euros instead of spending the Swiss Francs. 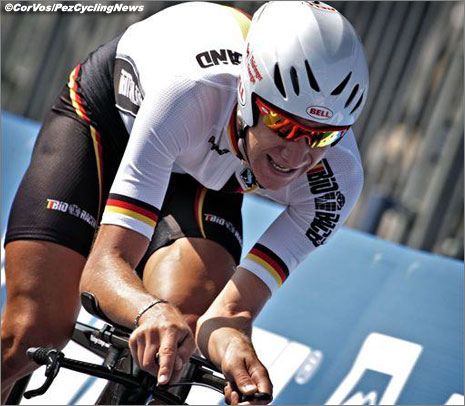 Germany’s Patrick Gretsch climbed back onto the podium for the second year in a row. He finished third.

After a long time of sitting in the leader’s seat, Dennis Van Winden was eventually replaced by Marcel Kittel of Germany with a time of 41:19. He is the reigning Under 23 European champion. Still to start, at this point, were last year’s winner, Italy’s Adriano Malori and German runner-up Patrick Gretsch. 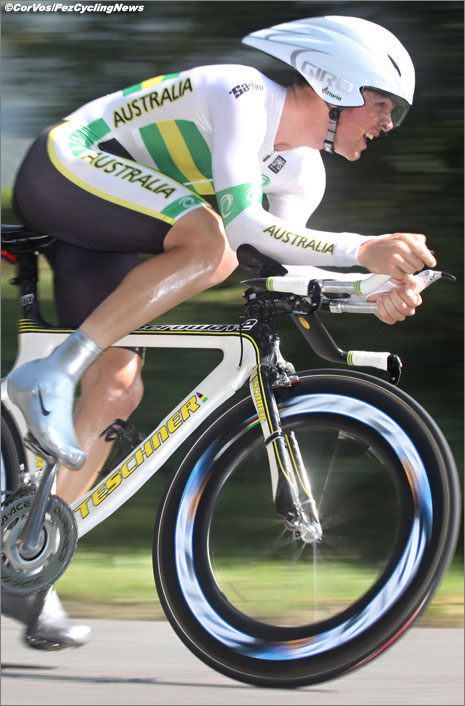 Could Jack Bobridge’s season get any better? It would border on ridiculous if he won the Road Race too.

Canadian David Veilleux came in with a good enough time (41:56) to take second place from Van Winden as the top men set off including Jack Bobridge, the Australian TT champ and soon to be Garmin rider. Also, soon to be Pro with Columbia, America’s Tejay Van Garderen, took to the course to do battle. Van Garderen wasn’t at his best on the day, however, finishing 13th. Bobridge was on fire though. He set the fastest first time check at 9 kilometres. 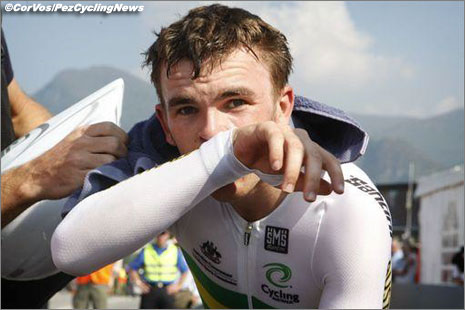 With all the riders through the half way mark it was Bobridge who was fastest from Gretsch and Balloni. Out on the course Britain’s Alex Dowsett was having a battle with his caught minute man, Schnyder from Switzerland. 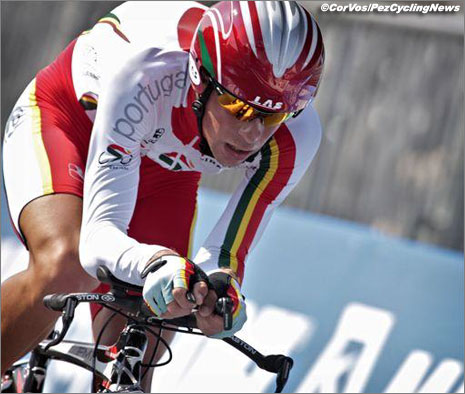 Nelson Oliveira did the ride of his life for 2nd today.

At the finish Nelson Oliveira of Portugal took the lead (41:03) and Alfredo Balloni was in third, this lasted until Bobridge knocked them all down with a time of 40:44. Gretsch finished taking third, but Italian hope and last year’s champ Adriano Malori was below his best. There were tears from the Australian as he realised he was the new World Champion. 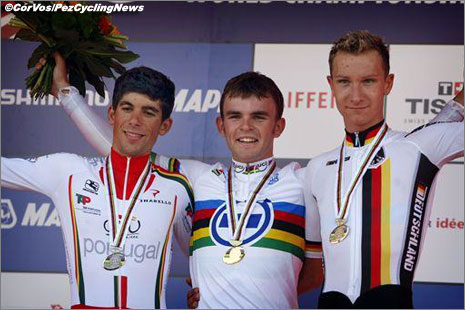 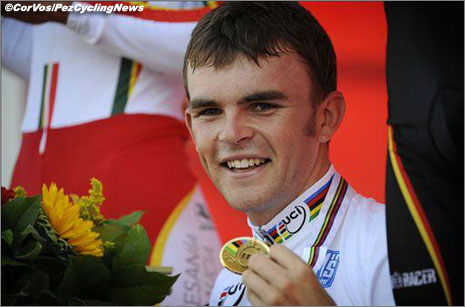