The inaugural USA Pro Cycling Challenge kicked off Monday afternoon in Colorado Springs. Racers were greeted with beautiful weather and an ultra fast Prologue that suited the specialists. 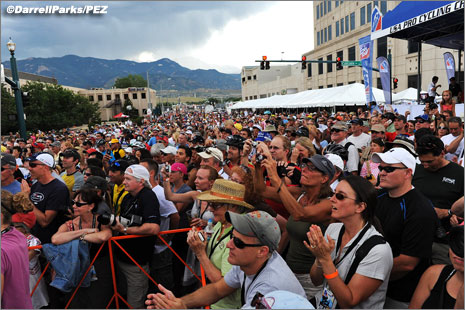 A couple people showed up to watch the first stage of the first ever USA Pro Cycling Challenge. 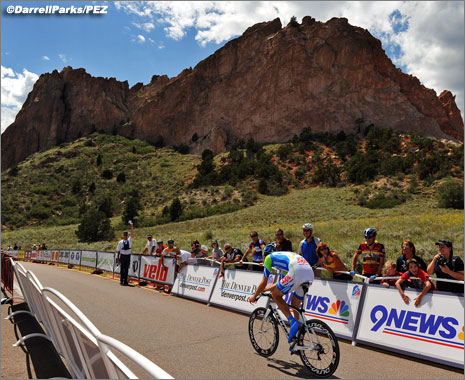 The downhill 8km prologue was an absolute drag race. 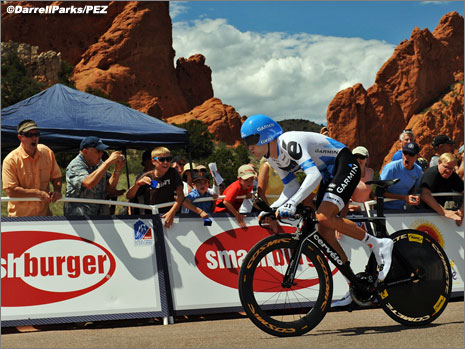 Christian Vande Velde was the first of the high-powered Garmin-Cervelo team to go. It was the first time he had ever started first out of his team – his early start apparently didn’t hurt him at all though, as he eventually netted second on the day. 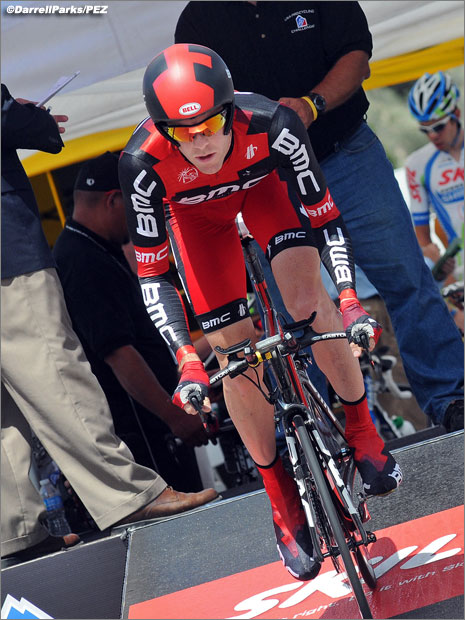 Brent Bookwalter was also an early starter. He took his early go and ran, er, pedaled all the way to 3rd place with it. 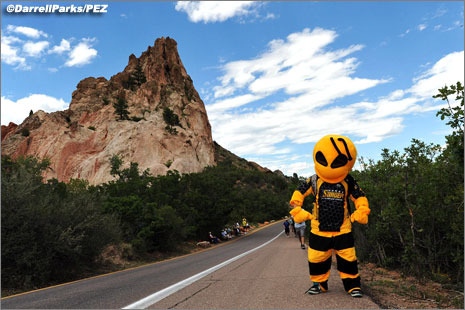 Honey Stinger was alive and buoyant on the course. 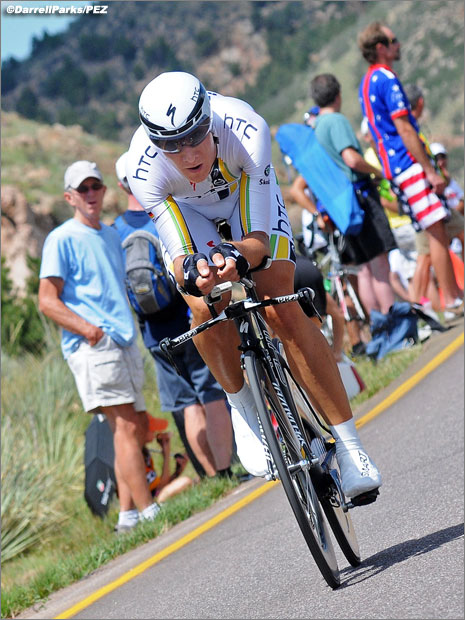 Patrick Gretsch was the 22nd rider off. He was the fastest overall for his second TT win of 2011. 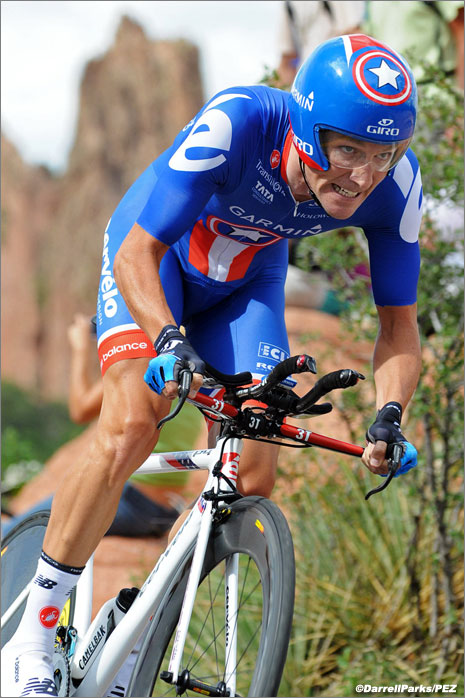 Zabriskie was hailed as a favorite, but fell short – he finished 16th. 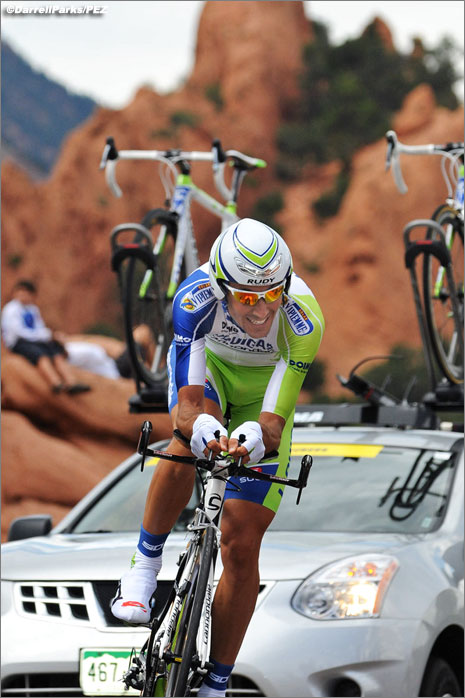 Ivan Basso is a welcomed entrant at the first ever USA Pro Cycling Challenge. His opening Prologue was nothing to write home about, but that’s to be expected. 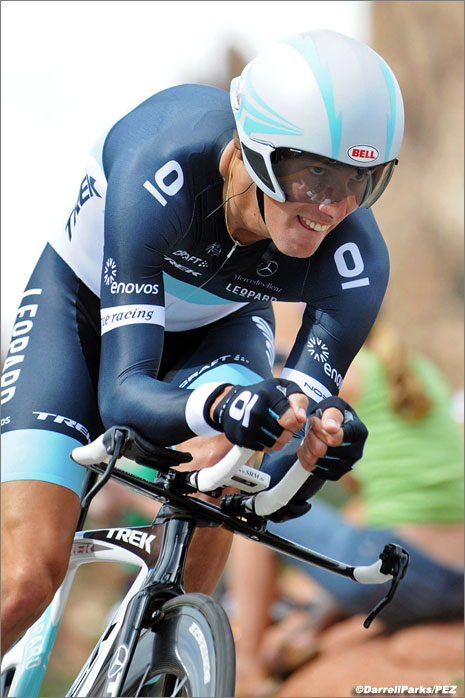 Same with Andy Schleck – huge coup to get him to Colorado, not much to be expected in the Prologue. 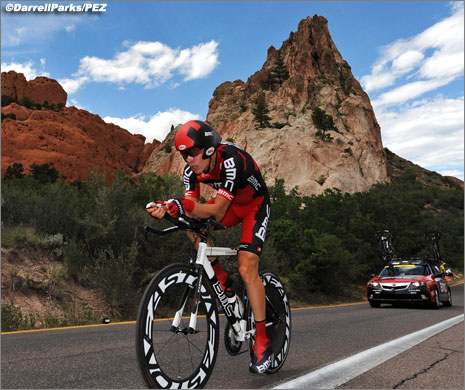 Jeff Louder, who did not earn a contract extension from BMC for 2012, goes into Colorado looking for a 2012 deal. His 12th place on the day should say something of his abilities. 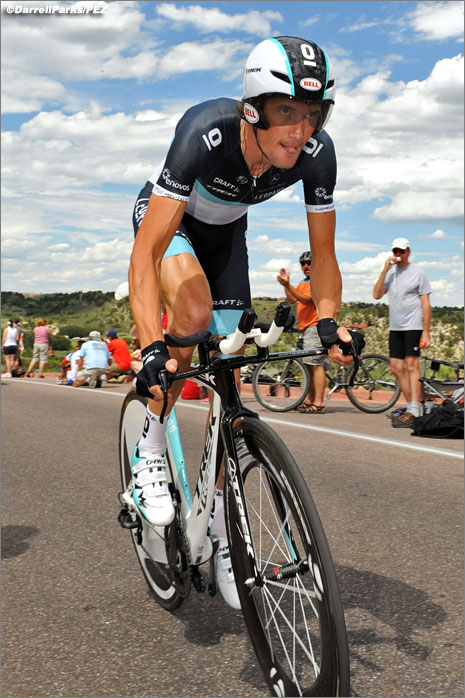 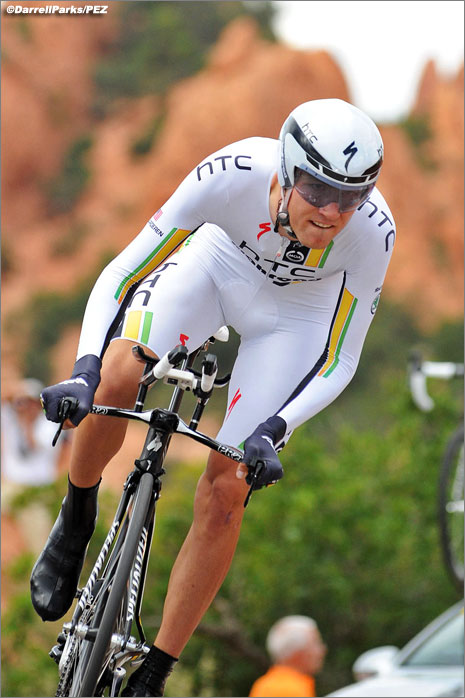 Tejay Van Garderen was a favorite for the win – he eventually took 8th and the Best Young Rider award. 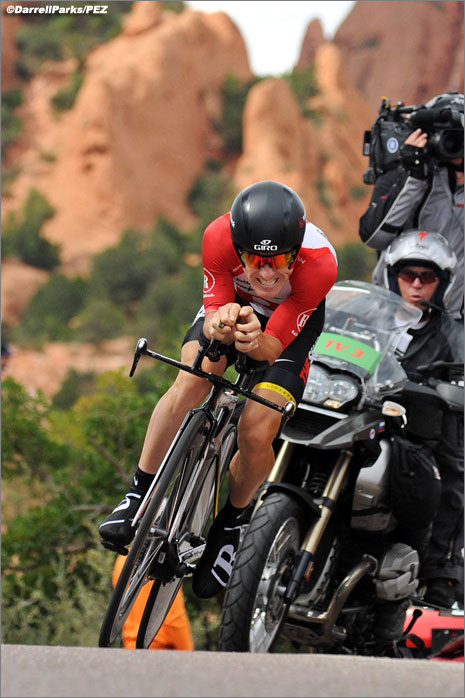 Recent Tour of Utah winner, Levi Leipheimer, was another possibility for the win in Day One, but he took seventh on the day. 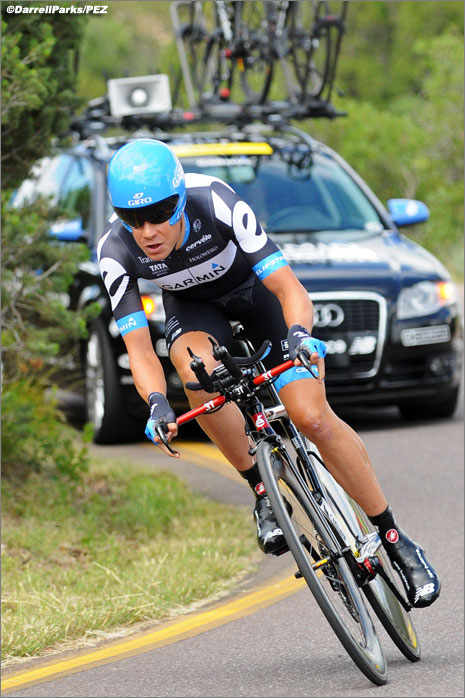 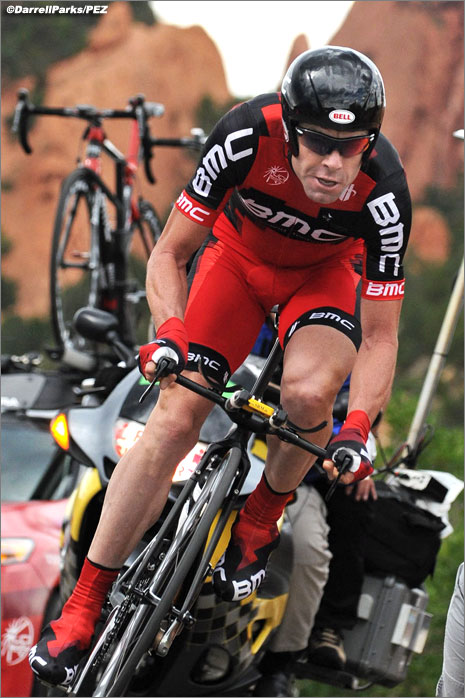 Cadel Evans’ first race back since the Tour de France went fairly well – he was 9th. 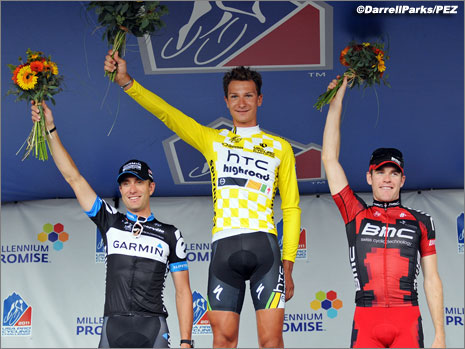 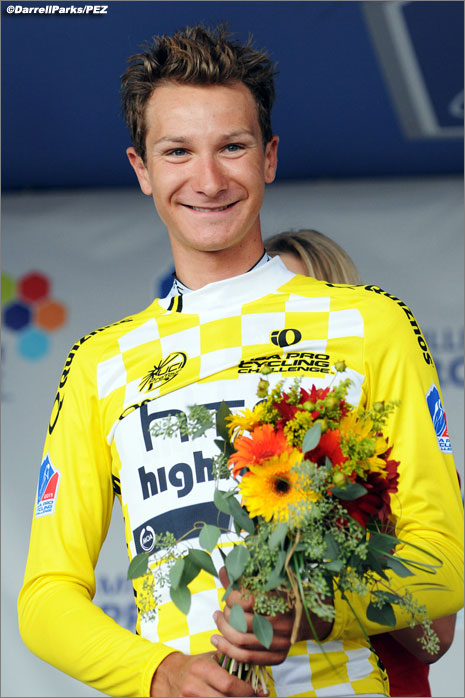 Gretsch is in yellow. 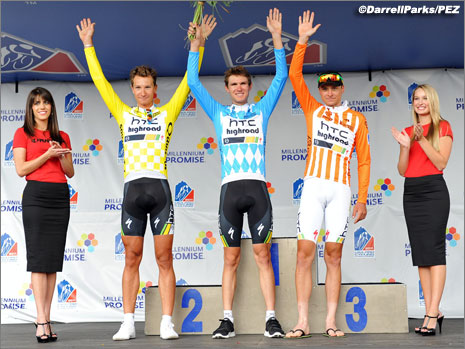 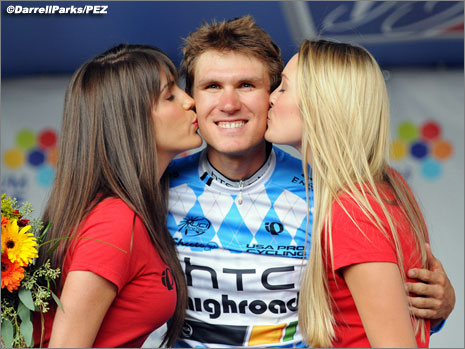