Those who thought (and that includes me) that perhaps Stybar might have been distracted by the seemingly endless debate about whether he would stay with Fidea or go to QuickStep – as is the case – had grossly underestimated the champion’s powers of focus. 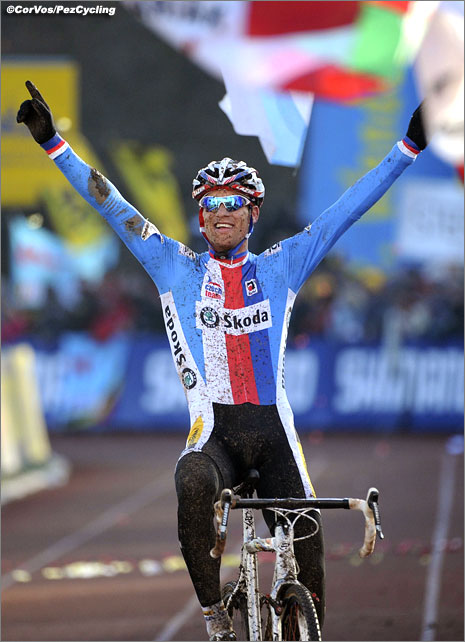 Jeremy Powers (USA & Cannondale-Cyclocrossworld.com) who did our PEZ race preview – and who himself finished 16th – correctly predicted that Stybar would win and that Nys would be on the podium.

The other man Powers predicted would make the medals – Francis Mourey (France & FDJ) finished fourth after a late chase to join the chasers on the last lap behind lone fugitives Stybar and Nys. 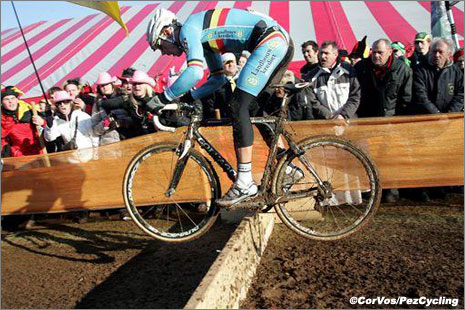 Mourey’s arrival in a small group was the signal for Pauwels to bolt to bronze, to cries of ‘come on, Kevin!’ from the Flemish commentators.

But Pauwels didn’t need to be told, he knew the fast finishing Frenchman isn’t good company to keep in a sprint. 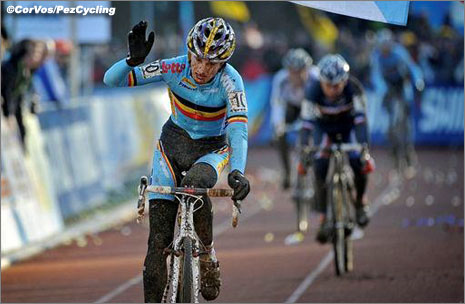 Two out of three then for Jeremy and two out of three on the podium for the mighty Belgian team which placed five riders in the top 10 – Klaas Vantornout was 6th, former world champion Bart Wellens was 8th with up and coming Tom Meeusen in 10th spot.

Contrary to popular wisdom that it’s harder to defend a title Stybar reckoned that this one was a little bit easier than the first and explained that after his early season injury he had decided to let the World Cup go and concentrate all of his energies on this race. 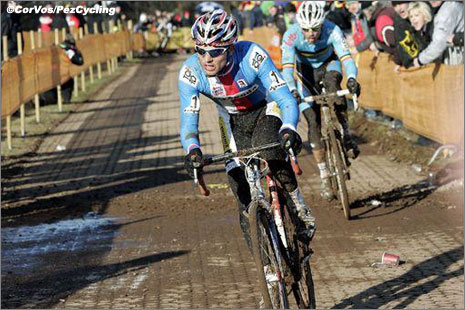 Stybar was just too much for Nys.

His winning move came with four laps to go on the climb which former world champion Paul Herijgers of Belgium described as a ‘silent killer.’

The big Czech explained; ‘I knew it would be a tactical race and what I didn’t want was to be in a group with four or five Belgians who would start playing games with me, so I decided to attack – I only needed to attack once and the legs were rolling well . . . 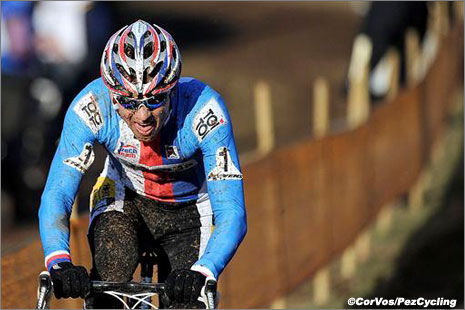 Stybar’s rivals were tipped off earlier in the week about his intentions for this race when he explained to the Press that he liked the course, having won his U23 world title at St. Wendel in 2005; he’s superstitious about things like that.

Nys countered the Czech’s assault – ‘I fought like a lion but couldn’t respond’ he would say later – but the way Stybar’s Ridley was surging up the climbs and through the mud meant that everyone else was racing for placings. 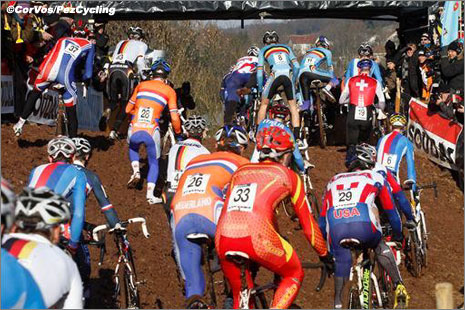 Nys stuck to job though and finished 18 seconds behind Stybar with Pauwels at 1:15, Mourey at 1:16 and one of the surprises of the day in fifth spot at 1:18; German Elite Champion, Philipp Walsleben.

However, Walsleben was world U23 champion at Hoogerheide, Belgium in 2009 and is a ‘coming man.’ 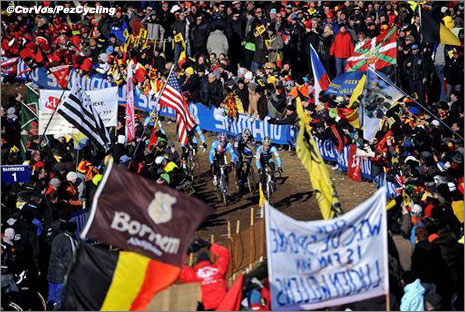 If there are positive surprises then there will be negative ones too – Belgian favourite, prolific winner, 2010/2011 World Cup winner and 2009 world champion, Neils Albert had a miserable day to finish nearly a lap down.

Insult was added to injury when a Belgian TV microphone was thrust in front of him just moments after he finished – there’s no ‘easy ride’ from the Belgian media. 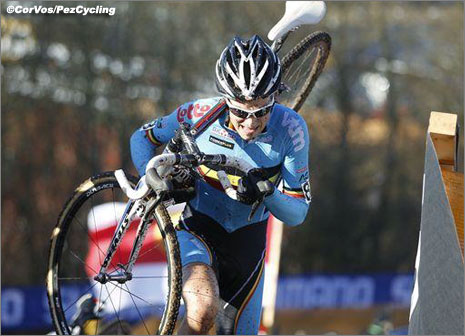 Niels Albert had a hard go of it, but he’ll be back in years to come.

PEZ’s ‘man in the mud’ for the day was Ian Field (Great Britain & Hargrove Cycles); ‘It was a super hard course, very hilly and technical with the frozen ruts; but very slippery where the sun had got through to shine on on the ice.

I was on 32mm Dugast Rhinos, it was too slippery to try and ride on a faster tread.

The air temperature wasn’t too bad by the time we started, maybe one or two degrees. 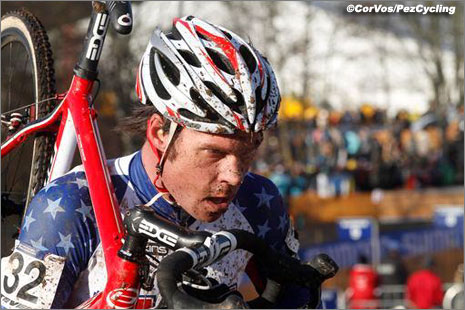 Jonathan Page put in an excellent ride to finish 12th.

I had a really good start, in the top 15 but slid back as the race went; I was looking at top 25/30 finish but then I punctured, that wasn’t too bad because it happened near the pits.

But then I punctured again, this time at the top of the descent – it was pretty sketchy going down there on a flat front tyre!

I lost a lot of time with that and there was no way I could get back to the group I was in. 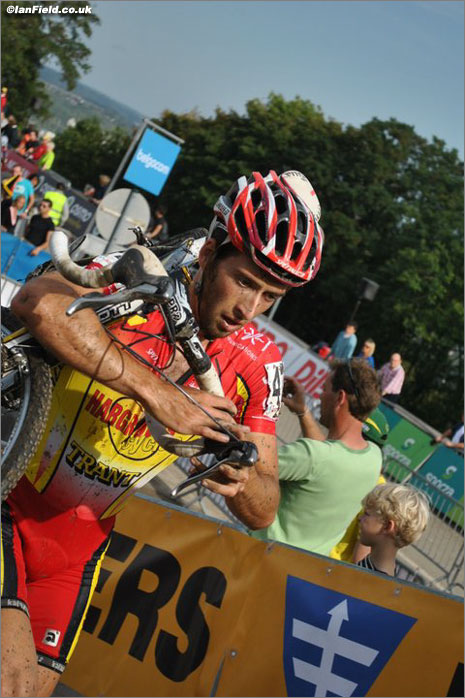 There were a lot of punctures, Albert punctured really early, but I don’t think he was on a great day; he didn’t fly past me on his way back up. 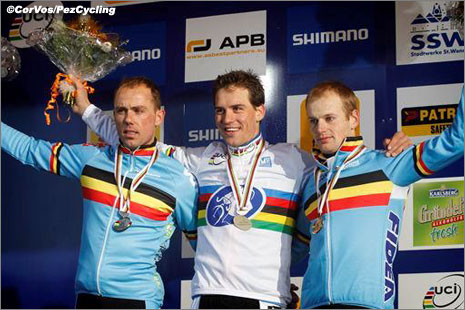 Ian still has six or so ‘cross races in his 2010/11 campaign, including rounds of the Gazet Van Antwerpen and Superprestige competitions.

And just to cheer up all those who were treated to a mud shower from Stybar’s rear Rhino – he’ll be concentrating fully on cyclo-cross for the next two years (along with racing on the road for QuickStep); and the world title was; ‘his parting gift to Fidea with whom he’s enjoyed six good years.’ 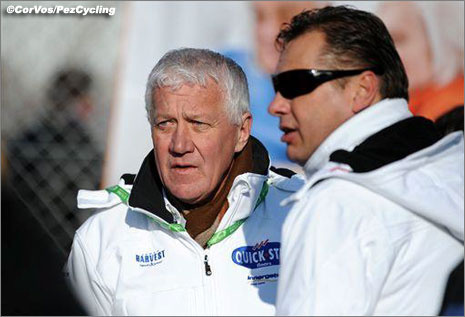 Patrick Lefevere came out to watch his newest protege score his second straight World Championship. What will Stybar be able to accomplish on the road?