Race Report: A classic fall day in Bologna. The brilliant light and the chilly air have met the Giro dell’Emilia at its 94th edition. The route of this race is changing every year, but the San Luca climb remains the most waited point with 5 consecutive climbs in the last 50 km. Less than 2 km but very hard especially in below the last km arch in a double bend called “Orfanelle” where the road takes off and only the best riders can survive in the first position.

Robert Gesink, the Dutch winner of the last two editions is not at the start, but Jakob Fuglsang is there and remembers how he lost the last two editions behind the Rabobank rider. The Italian riders seem not at their best this season, but they are playing at home and this could say something. Basso and Nibali are here to save the final of their season and to prepare for the big end, next week at Lombardia. 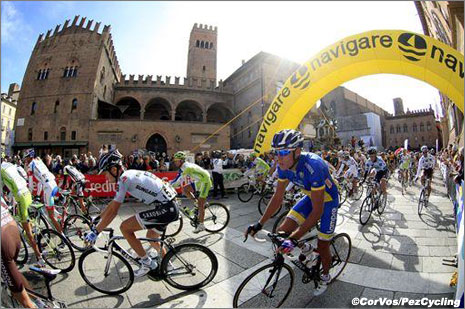 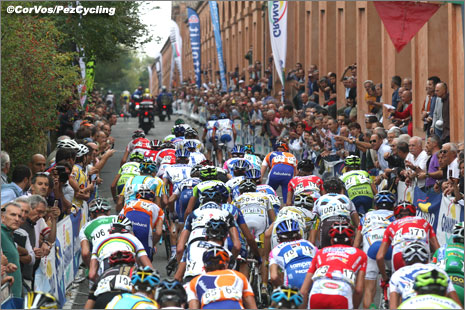 It’s Brambilla (Colnago) that tries an attack at the third lap, but his attempt is closed at the beginning of the fourth climb (one to go) when the Leopards launch Zaugg, and the young Colombian Betancur (Acqua & Sapone) is the only one able to follow him on the hard slopes of the climb.

The people sit behind the arches and understand that this is a big move. The group is not organized and, simply, nobody else is able to join this move when just 10 km are remaining to the finish. Just Robert Kiserlovsky (Astana) tries to join the two ahead in the following descent but he will never close. 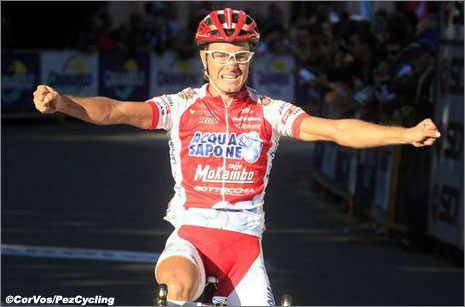 Last climb, Zaugg forces the pace but the reply from Betancur is terrible. At the very beginning of the San Luca the Colombian leaves Zaugg behind very easily. And the gap opens very fast: ten seconds, fifteen, thirty. The bunch is led by Basso and Nibali. Basso tries to close and catches Zaugg, but Bentacur is far away and at the “Orfanelle” Joachim Rodriguez fires all the last chances. Nibali tries to stay at his wheel, the people scream from the arches but the big surprise is over there, the Colombian doesn’t lose a meter, his pace is impressive.

It’s the first Colombian to win this race, and it’s important that you all write down his name. Our experience says that whoever wins here is a big name. It has been a long time since the San Luca didn’t see a solo-winner, so this is a classy young rider. 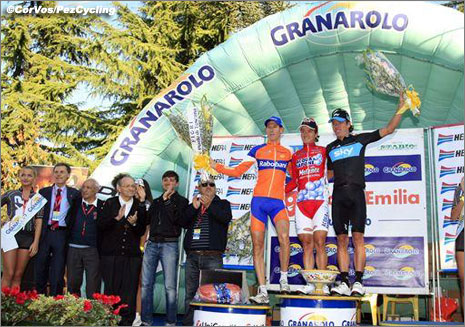 Any special note for the Lombardia? It’s hard because several big names were not riding here. The most important, Gilbert, will try tomorrow for another win at Paris-Tours. But we are more than sure that Bentacur could be a big surprise at the Lombardia if he will have enough impudence to attack on the Valcava climb next Saturday. A big star has been born.