I check my watch. Twenty minutes to leg it back to the office in nearby Vedbaek. I should’ve left more time for my reconnaissance of the 2011 World Road Championships just north of Copenhagen. But work was my reason for visiting Denmark in the first place and sneaking out during the week seems like a privilege not to be abused.

A faster bike may have helped. But in true Copenhagen Cycle Chic style, I’m riding a three-speed Raleigh city bike while wearing jeans and loafers. Hardly the gear to be previewing the road race course, or sprinting back to the office. But if I’d have been even slighter better prepared I would’ve been out here during the weekend. But cycling to bars and cafes and taking in the sights of Copenhagen on two wheels was just too tempting to pass up. 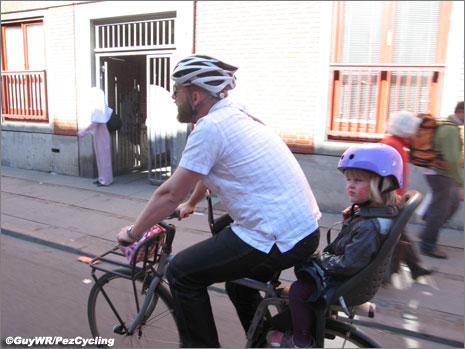 City Riding
Cycling in Copenhagen is a reminder that several unique factors need to come together to make city riding accessible and attractive to a majority of the population. First, you need the infrastructure. The city has an extensive network of cycle lanes, separated from both the sidewalk and the roadway. On certain stretches there are even dedicated traffic lights for cyclists. There’s an extensive metro and train system, with plenty of room in the cars (and dedicated racks) for bikes. There are even ramps next to the stairs in some stations to wheel your bike up or down. 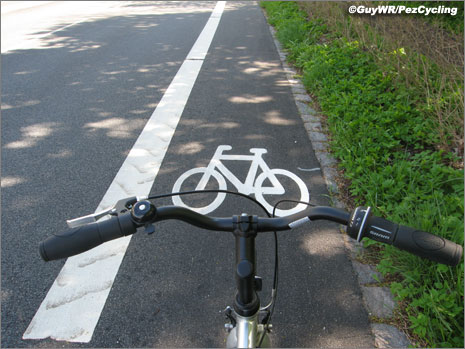 Three speeds, a bell, and a bike lane – Copenhagen essentials.

Second, you need the right attitude. Most drivers are probably cyclists as well, and so are courteous and accepting. And the vast majority of cyclists are well behaved as well – no red light running, a gentle ring of the bell when passing to get other riders to stay to the right, and a general attitude that cycling is a legitimate form of getting around the city. 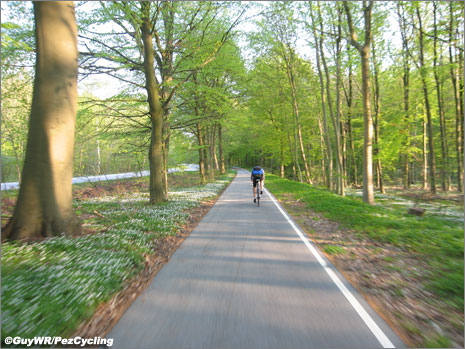 Trying to catch a local rider on a bike path outside the city.

Thirdly, it doesn’t hurt that Copenhagen is pancake flat, either, or that cars and gas are among the most expensive in Europe. 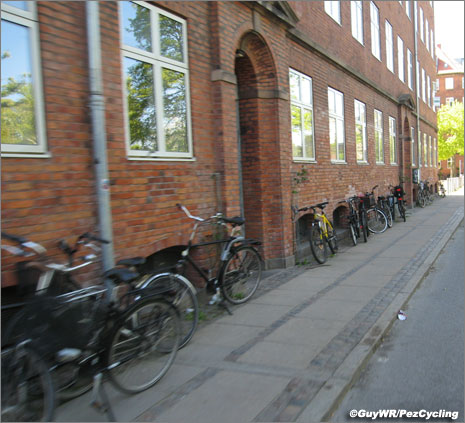 But there’s also something uniquely cultural as well. City riding and commuting is part of the city’s identity – people think nothing of doing their shopping on a bike, picking up the kids from kindergarten, or going to the pub or a concert. It’s jokingly said that young couples are more likely to buy a cargo bike – a sure sign of maturity – rather than a minivan. 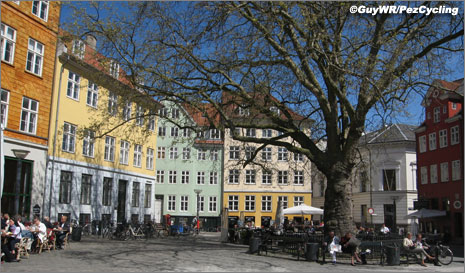 There’s always time for a break from riding to relax in picturesque surrounds.

So with sunny spring weather, and a local colleague well experienced in the ins-and-outs of the city, there was simply too much riding to do in the city itself without thinking about the road race course. 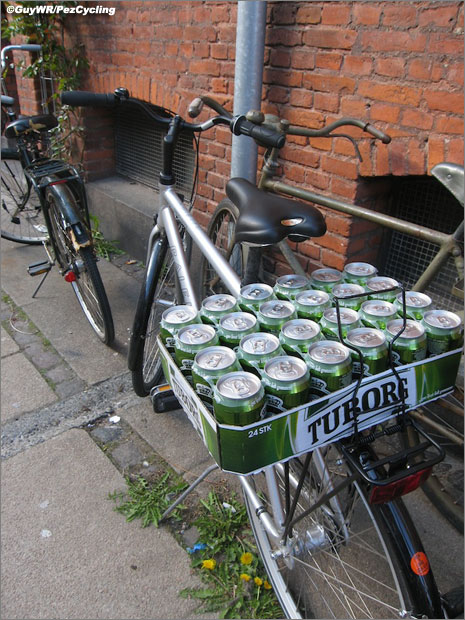 Versatility is important for any bike choice in Copenhagen.

The Worlds Course
While the TT course for the Worlds will be in the city itself, the road race course is actually to the north of Copenhagen in the Rudersdal area, a 30 kilometre ride out of the city. This was another deterrent to a reconnaissance trip, but its proximity to my work office during the week made more sense to do it then. 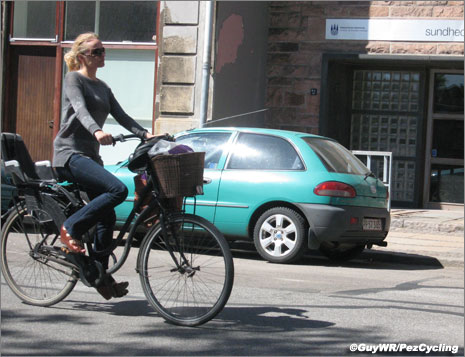 Obligatory photo of pretty girl on a bike in Copenhagen.

Despite a greater metropolitan population of nearly 2 million, Copenhagen transitions quickly from the busting downtown area to the green of the suburbs. The brick and stone buildings of the city change to leafy green suburbs with an abundance of parks, wooded areas, lakes and smaller satellite cities. Even these areas are easily accessible by bike though, either by train or by easy rides from downtown Copenhagen as the cycle lanes run well out of town. 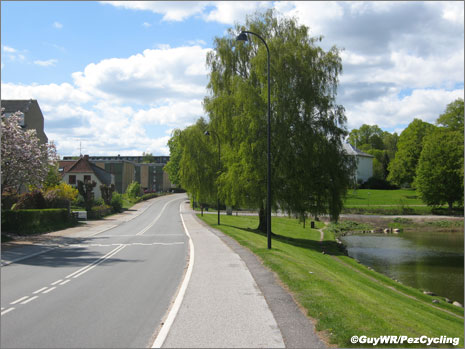 Quiet suburban streets make up the majority of the race route. 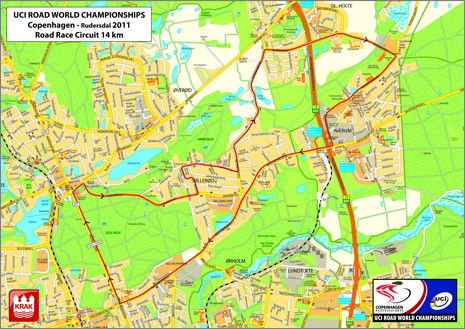 The road race course winds its way through this network, quickly changing from the rural to the urban and back again. Admittedly, I was riding on a Monday afternoon – a quiet time in most suburbs – but the roads seemed almost deserted. It was hard to imagine the whir and flash of the peloton swooping through the corners, with local crowds urging them on. It will take some transformation to build some excitement in what seemed to be a sleepy outpost of a bustling metropolis. 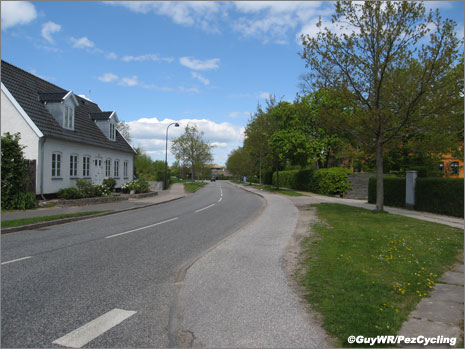 These locals will have the perfect vantage point. 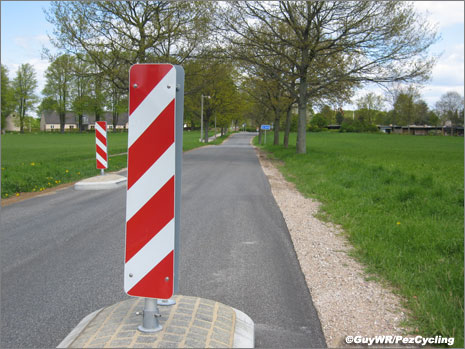 An already narrow stretch gets even narrower.

So, let’s look at the details. The 14-kilometre loop with be done 17 times for a total of 238 kilometres. There will be a 28-kilometre ride for the men from the picturesque City Hall square (site of the ‘new’ city hall, dating from 1905), which is also the start/finish for the time trial. Denmark is mostly flat, but the organizers have managed to find several short, sharp-ish climbs to keep the road race route interesting and to ensure that there is some attrition in the peloton. 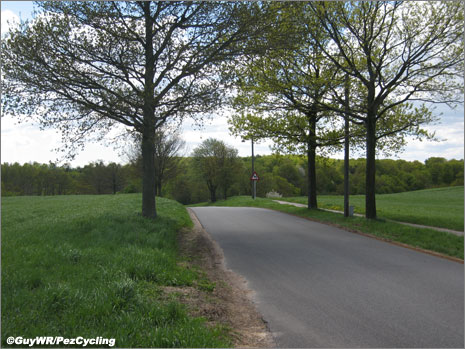 The climbs on the route are very short and sharpish. 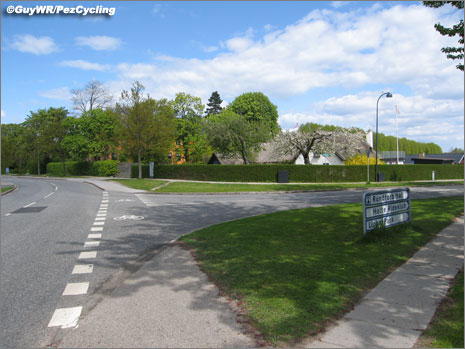 Turning from north to east along the route.

It is a course for Classics specialists and sprinters who can handle the distance as well as a little uphill action – just the sort of course that Thor Hushovd will like, but that anyone with a good set of legs, from Fabian Cancellara to Matt Goss, could do well on. One shouldn’t even rule out Mark Cavendish, especially after his Tour de France performances. 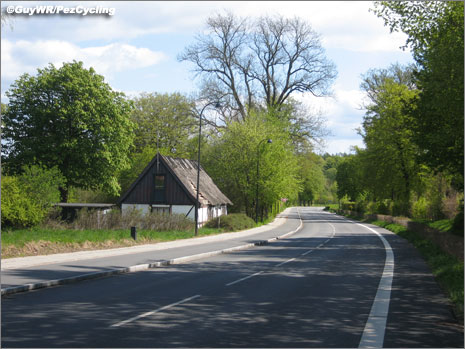 This old place looked deserted; hard to believe that this sleepy stretch will be transformed, come race time.

Indeed, during my visit, Tom Boonen and Philippe Gilbert came north (just after the Spring Classics) to pre-ride the course. On Danish television, Boonen was confident, suggesting that the distance and the undulations would whittle down the field to a handful of strong men. He naturally suggested that he would be among them. Gilbert was more circumspect, despite having come from a massive early season that included a drubbing of the Schleck brothers at L-B-L; he’ll surely be a prime contender, despite his apparent humbleness. 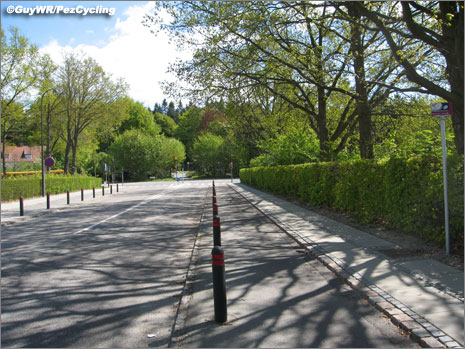 Copenhagen Style
Despite the quiet day, the course was well marked with small UCI plaques strategically placed along the route. I managed about half of the loop before having to sprint back to the office (a little late – flat countries are easy to get lost in, for someone who is used to have local mountains as landmarks for navigation). It would’ve been nice to have clicked into some pedals and ridden the course on a ‘real’ bike, but doing it Copenhagen style seemed to be a fitting way to finish my visit. 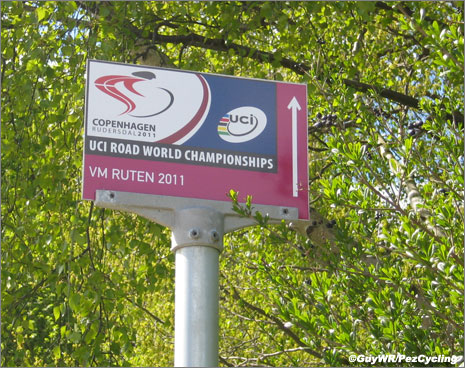 These UCI signs help confused tourists not to get lost.

And later, back in Copenhagen proper, I loaded up the carrier on my Raleigh with an appropriate recovery drink and headed off to another social engagement. It’s going to be a great week of racing from 19-25 September. If you’re planning on attending, don’t worry about bringing your bike. Just rent one locally, and enjoy the city and its surrounds – you’ll be spoiled for life by the city riding, but it will still be worth it.