Photo Essay: America’s biggest one day race, the TD Bank International Cycling Championship, otherwise known simply as Philly, is always an early summer highlight – this year’s edition was no exception. After six hours of typically tough racing, it was HTC-Highroad’s, Alex Rasmussen, who got his front tire to the line quickest. Darrell Parks takes us through the day in pictures. 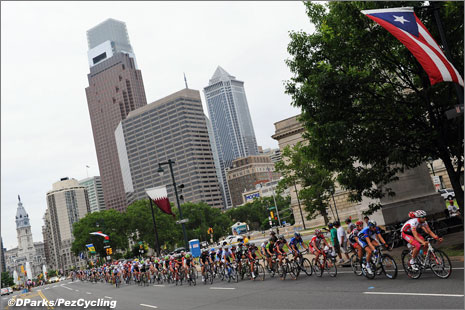 The day’s racing started under cool, overcast skies – and it would stay that way. 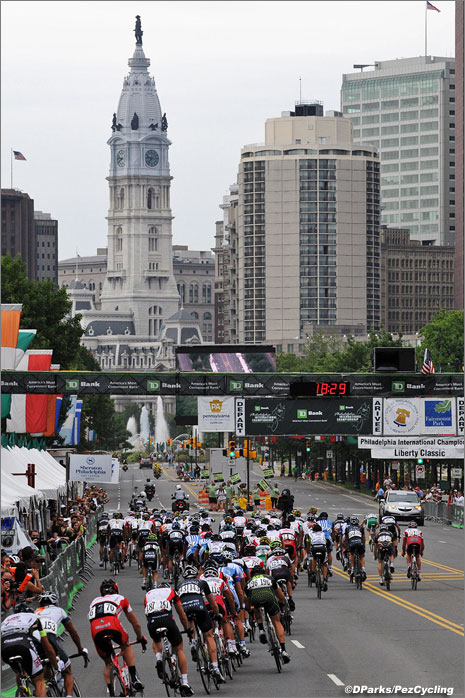 As always, the opening circuits were hectic, and by the end of the first big lap, the break was beginning to form. 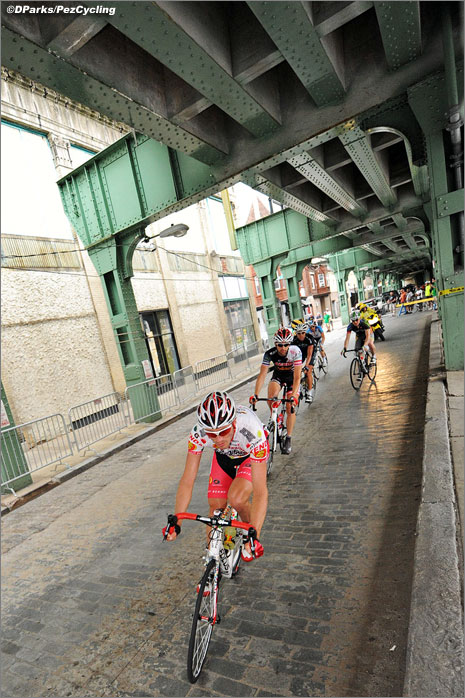 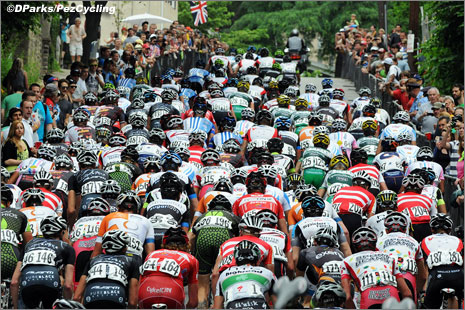 Behind, there was not much else to do, but survive the Wall…over and over again. 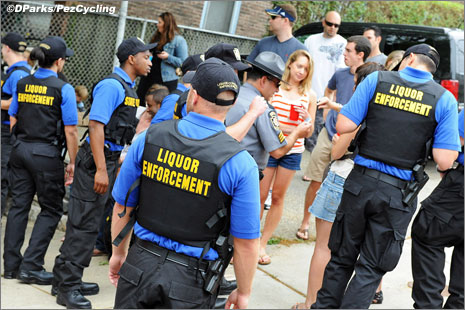 The spectators were kept on their toes by a surprise visit from Liquor Enforcement. Oh the drama! 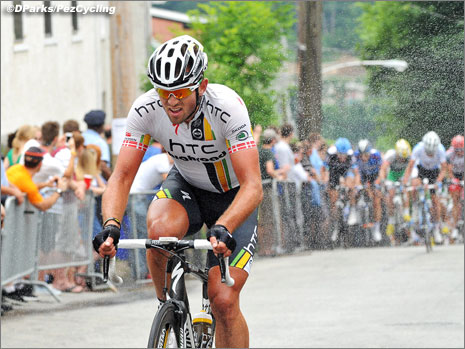 Even on a cool day in Philly, it never hurts to get that trademark spray on the Wall. 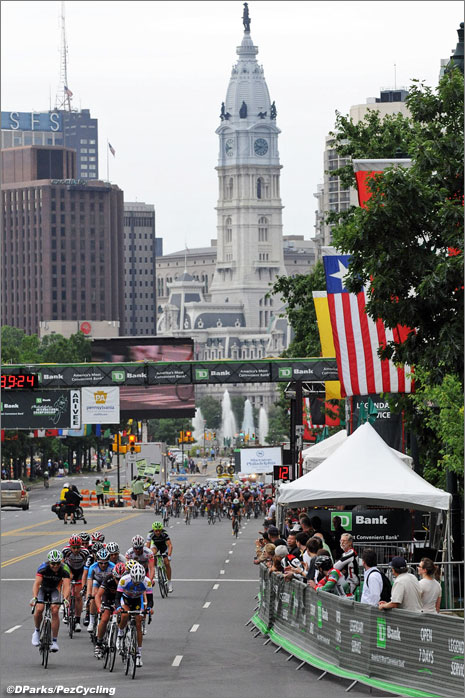 Splits were a constant theme of the day’s aggressive racing. 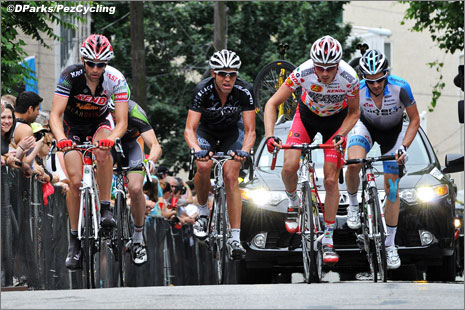 As the day wore on, the break’s gap ballooned to six minutes, then ten, but a little under the halfway point of the 154 mile day, the gap began to tumble. 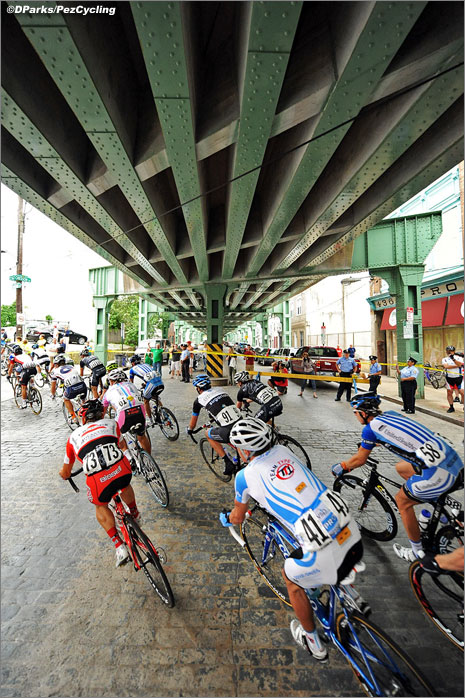 The peloton makes the turn into the Wall. 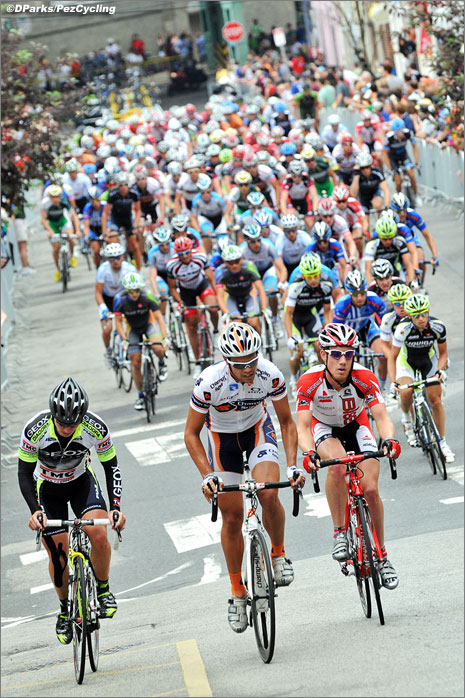 The Manayunk Wall – one of the most famous stretches of road in American cycling. 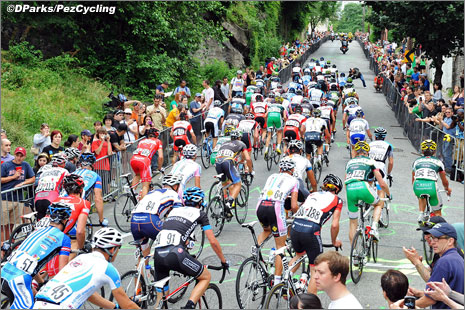 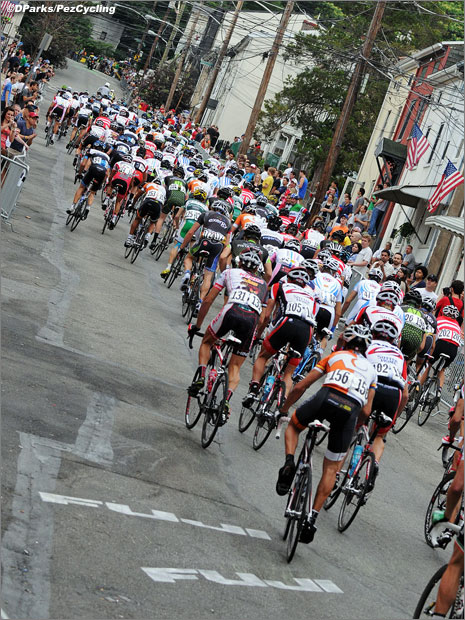 It’s only usually a little over two minutes from bottom to top, but it’s a painful pairing of two sixty second periods. 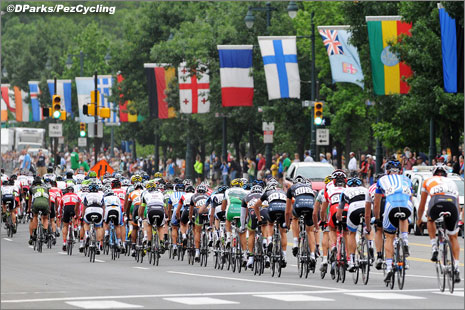 Back in Philadelphia proper, the pace was high as the break’s gap melted. 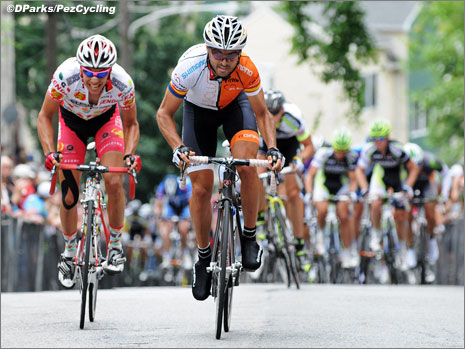 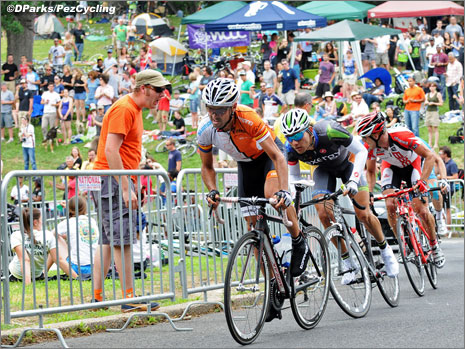 The trio bridged across to the early break, then pushed right on through, taking only Langlois, from the original move, with them. On the tenth and final trip up the Wall, Pipp was left behind, leaving only three at the front, and a full on chase coming up from behind. 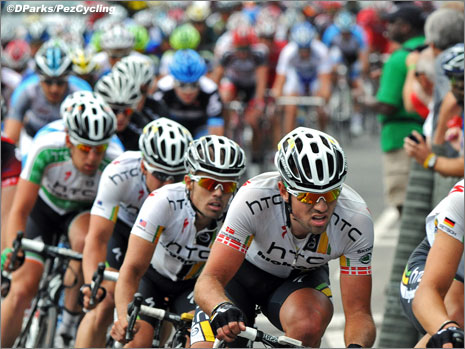 HTC-Highroad were in perfect position until their designated sprinter for the day, Leigh Howard, ran into technical difficulties in the finale. With Howard gone, the responsibility fell to Rasmussen, and he would soon prove himself more than capable of shouldering the load.

With three kilometers remaining, the break was finally relieved of its duties, and the stage was set for a wild bunch sprint. 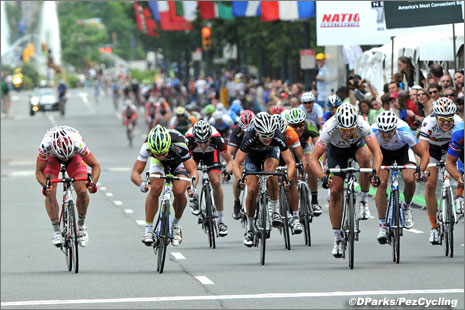 The final trip through Logan Circle was a mess with riders crashing everywhere, leaving only a small, lucky group of about 20 to contest the sprint. UnitedHealthcare’s Robert Fцrster got the early jump, but the headwind did him no favors, and he was swamped by Liquigas’s Peter Sagan and HTC’s Alex Rasmussen just meters from the line. 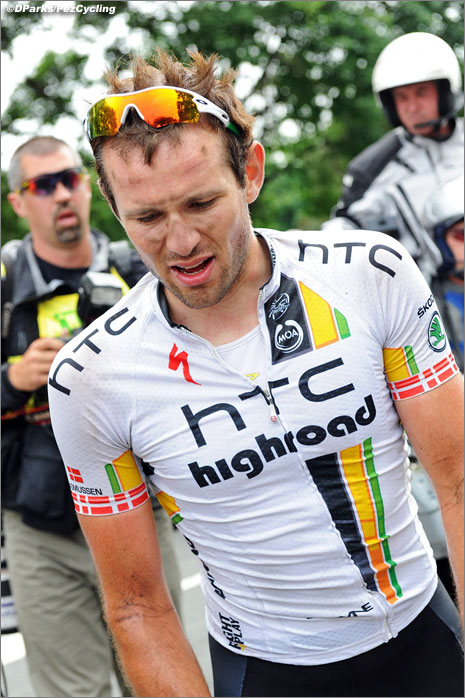 Rasmussen grabbed the win by half a bike length, and afterwards, looked like he had just raced for six hours. 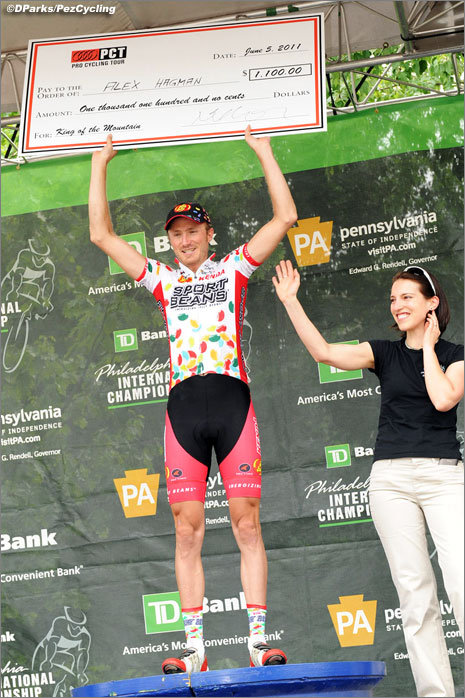 Jelly Belly’s Alex Hagman was the happy recipient of a one thousand, one hundred dollar check as this year’s KOM winner. 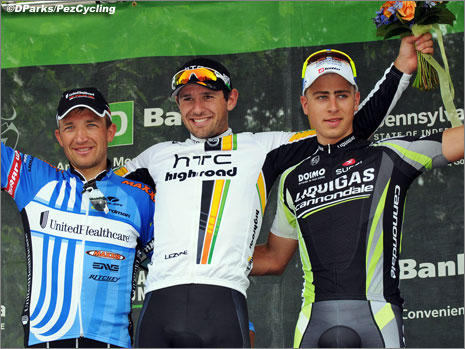 Toolbox: In Praise of The Rat